Young people think Nebraska is old, flat and boring. Interesting and diverse cultural events happen elsewhere, not here. So they leave. One of the most significant issues facing Nebraska communities — especially outside of Lincoln and Omaha — is a loss of young people. In the last 30 years, Greater Nebraska has seen a 6.8% drop in its 18-34-year-old population.

It doesn’t have to be that way. With The Good Living Tour, Hear Nebraska helps answer the question “What is there to do in Nebraska?”

The concert portion of the Good Living Tour sends original Nebraska bands and musicians to Greater Nebraska communities to perform free, all-ages outdoor concerts. Each concert, carefully curated by Hear Nebraska, featured a lineup of original, diverse Nebraska acts, with at least one band native to each town – representing an array of musical genres and styles – from indie rock to country to hip-hop to blues.

In its second year, The Good Living 2016 brought 36 Nebraska bands and 12 DJs to 12 towns across Nebraska over the course of three weekends in July/ August, with more than 2,000 attendees throughout. In addition, we filmed a series of Live Performance Videos with local musicians, capturing intimate, stripped down performances in settings that represent each town’s unique identity and character. See the results from the 2016 Good Living Tour concert series below.

Before the concert portion of the tour, Hear Nebraska sends a team of professional journalists and videographers to each of the 12 communities. We hunt for compelling, music-related stories that connect the arts in a community context. Additionally, our team produces a series of Experience Nebraska videos. We sit down with young professionals and artists at each stop to hear from them, in their own words, about what makes that community a distinctly attractive place to live, work and play. We publish these stories on our website and promoted them to our statewide, national and international audience. You can see our 2016 Good Living Tour stories below, and read our stories from the 2015 tour here. 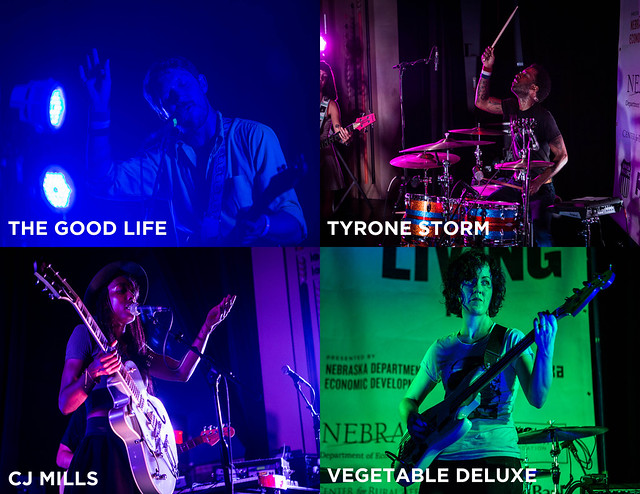 In the center of Ord’s town square, the Sandhill-town native Lost County Road shed their pride for a mournful breakup ballad on the steps of the Valley County courthouse — built one year after settlers laid out the town in 1875.

Ord’s Laddie Bruha inherited his love for the button accordion same as he inherited his Czech accent. It runs deep through family lines. Now, even as the prevalence of polka music wanes, that tradition lives on through Bruha and his son.

Phyllis Clement hasn’t gone a day of her 87 years without music. Read this Nebraska music teacher’s story and watch a video of her performance one summer afternoon in downtown Ord, Neb. 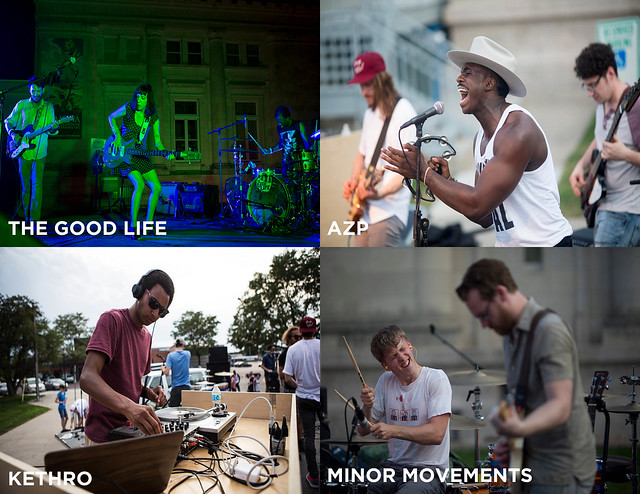 We were excited to return to Kearney for the second annual Good Living Tour. Watch our 2015 Experience Nebraska: Kearney video here and our Live Performance Video featuring Salt Creek below.

The connection amongst Nebraska’s artists — visual and performing alike — is a tangible one made all the more palpable by this juxtaposition of veteran Kearney musicians Nathan Richardson and Chase Thompson, who perform this reflective, emo-rooted song inside the Museum of Nebraska Art (MONA).

When Gillies Bar owner Matt Epp acquired the Kearney dive-bar from his grandfather-in-law, its reputation was hurting and its future in jeopardy. Under Epp’s easygoing guidance, the music venue has become a charming, unpretentious home for Kearney’s thriving alternative music subculture. 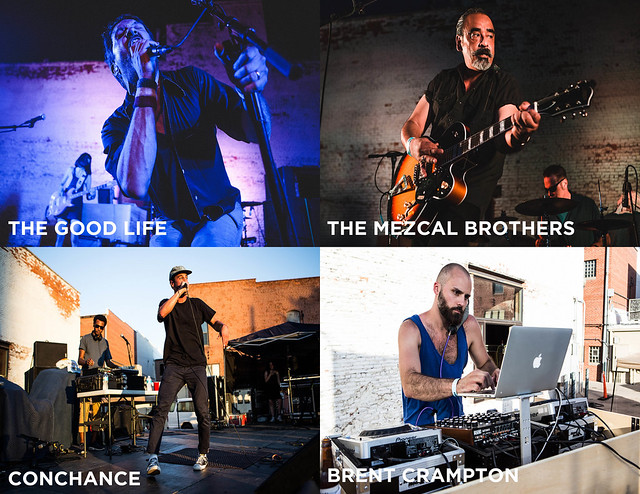 We were excited to return to Grand Island for the second annual Good Living Tour. Watch our 2015 Experience Nebraska: Grand Island video here and our Live Performance Video featuring Tyler Smith below.

As we age, our childhood memories seem to remain simple, providing a mental retreat from the present and a longing for those dearest. A veteran of Central Nebraska’s edgier folk community, Tyler Smith reminisces inside a beloved, hometown dive The Glass Bar.

As more all-ages venues open around Nebraska, community members in the state’s fourth largest city begin to wonder about the viability and potential benefits for that kind of space in Grand Island’s fledgling music and arts scene. 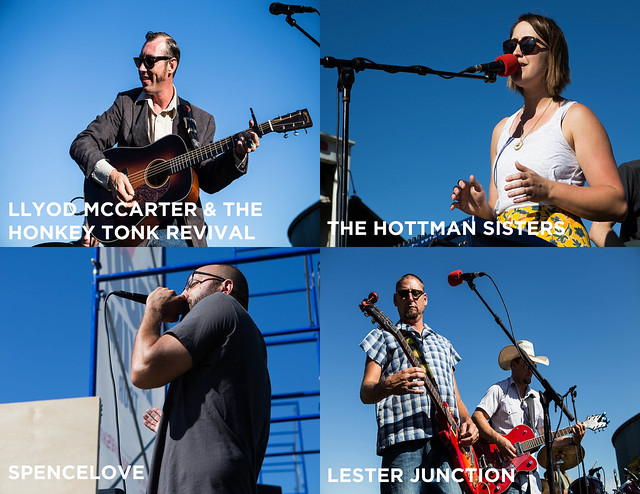 Though its historic opera house and devotion to Willa Cather form the center of Red Cloud’s cultural community, the boys of Lester Junction and its feel-good rock are undoubtedly a locally beloved part of it. Surrounded by the markings of performers’ past, the band set up shop backstage for this ballad of love and self-worth.

The Red Cloud Opera House once gave the small Southern Nebraska town — and its famous author Willa Cather — a glimpse into the wider world of the arts. Historically refurbished in 2003 after laying dormant for nearly a century, it is once again a community center, living museum and the promise of a Greater Nebraska arts capital.

In a south-central Nebraska farm town best known its famed novelist, Lester Junction represents a different facet of Red Cloud’s identity — one separate from its rich farmland, but still rooted in it. 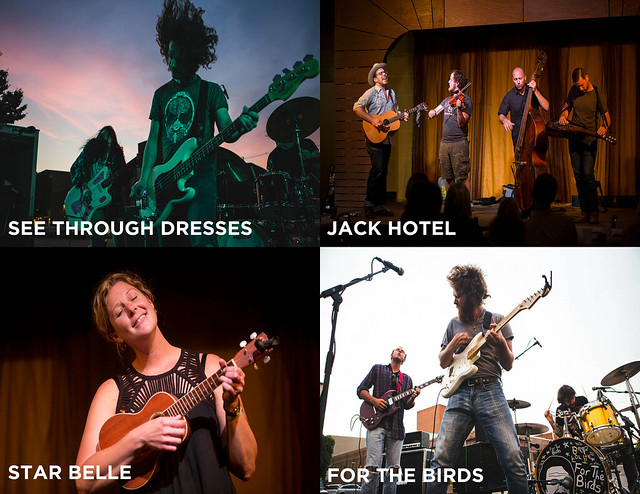 Hastings native Jesse Dassinger and For The Birds played their hometown for the first time in five years this past summer, having spent much of their recent time touring around the states. Prior to that concert, Dassinger plays a stripped-down confessional inside Hastings’ downtown concert venue The Lark.

The Listening Room, Hastings’ longest running concert series, found a permanent downtown home at recently renovated venue The Lark – Home of the Listening Room. Now secure, it looks to expand on its 25-year tradition of bringing quality artists and musicians to Central Nebraska.

As Hastings’ cultural identity changes, it grows on the century-old roots of institutions like Hastings Symphony Orchestra, which just concluded its 90th season. Conductor Byron Jensen discusses the importance of live music and why the arts can thrive in Hastings. 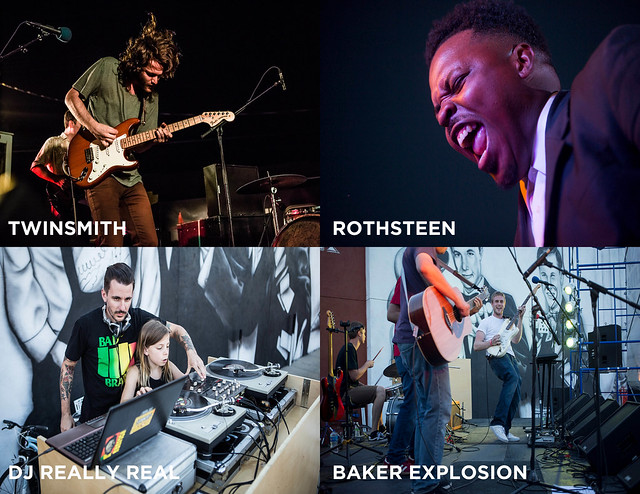 Jason and Benjamin Baker take an optimistic, uplifting approach to songwriting, using their multi-instrumentalist talents to serve a potpourri of pop, soul, reggae and rock. Whether joined onstage by a full band or simply as a fraternal duo, as in this video, Baker Explosion never falters in its positivity.

For a week each summer, around 25 teens crowd the studio rooms at Norfolk’s Midwest Music Center for the store’s annual rock band camp. Store owner Chad Barnhill and campers explain what makes the camp so important.

Established in 1978 with the purpose of enriching Northeast Nebraskans lives through visual arts, the Norfolk Arts Center reaches its community through expanded seasonal education sessions and balanced, city-wide arts programming. 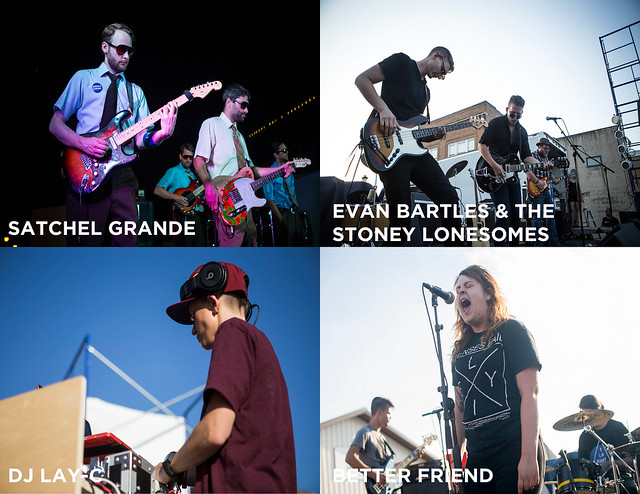 Ask a Lyons, Neb., resident who one might talk to about music in town, and you’ll likely be given Corbin Wheaton’s name. A former touring metal musician, Wheaton now creates out of his loft apartment and produces a monthly swap meet at his family’s diner Hi-Way Cafe. In this ode to his hometown, Wheaton gives perhaps the most earnest — and on a third take, well-earned — performance of the bunch.

Lyons is without many of the touchstones associated with a robust creative community — music venues, art galleries, etc. But in this town of 850, residents and activists are discovering their own modes for creative output, which are at once appropriately rural and notably inventive. 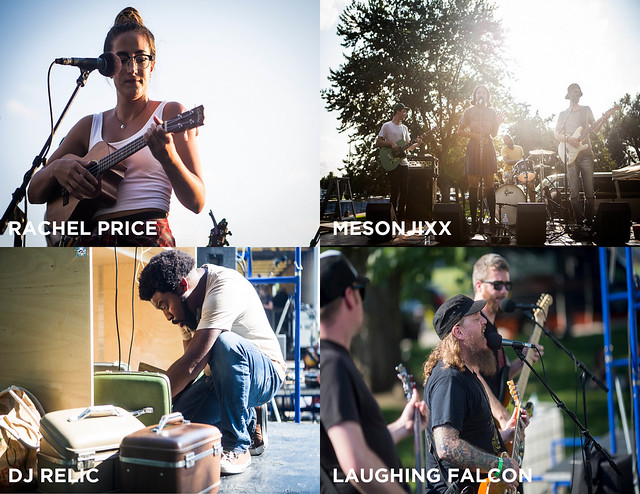 While Rachel Price’s star spreads far beyond the Cornhusker State, that doesn’t make her career any less rooted in her origins. A two-year Nashville resident, the O’Neill native’s tuneful pop country often revolves around her hometown, her hit song “Little Nebraska Town” receiving regular airplay. Price raced from her Good Living Tour performance at Ford Park to downtown O’Neill just in time for a twilight rooftop performance atop the historic Golden Hotel.

Through a military-like dedication and interest in musical variety, O’Neill High School’s band teacher leaves a mark on students and the community’s cultural heritage.

These days, contemporary dancing might be the premier artistic pursuit in O’Neill. In the Irish capital of Nebraska, one studio has largely been responsible for its success. Its roots run back decades, to when Irish dancing first came to town. 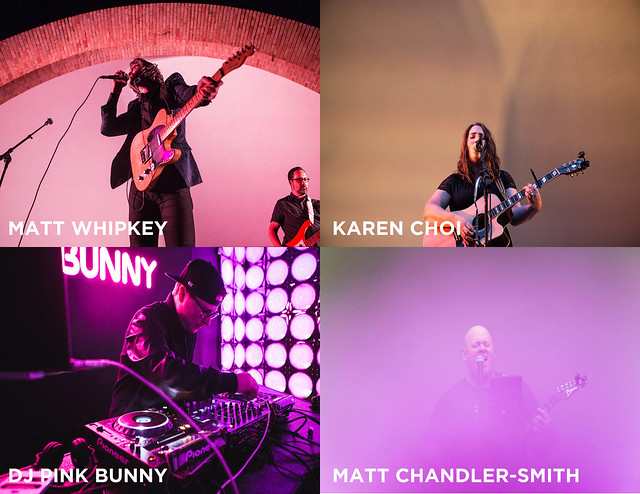 Grant resident Matt Chandler-Smith is known throughout the southwest Nebraska region as a talented musician, his band constantly evolving throughout its 10-year existence. But he’s also noted for getting other community members involved in music. View both qualities in this performance at Grant’s Meadowlark Gallery. 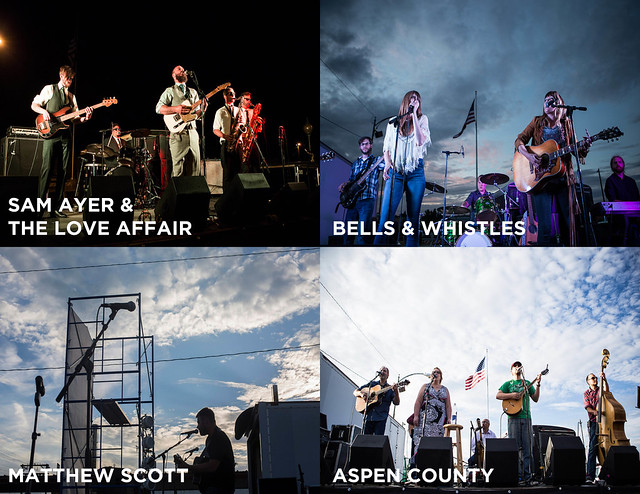 Country singer/songwriter Matthew Scott has the twangy voice and acoustic chops to garner local fame throughout western Nebraska, proving it solo for hundreds of fellow Sidney residents during the Good Living Tour. This acoustic performance — filmed earlier in the day — is decidedly different in tone from the rest of the pack as a rallying cry and lyrical highlight reel for Husker Football fans everywhere. From Jonny Rodgers to Tom Osborne to the late Sam Foltz, Go Big Red.

Accustomed to walking past multitudes of guitar shops on Hollywood’s Sunset Boulevard, Chris Dyson decided to do something about the lack of instrument stores in Sidney, Neb. 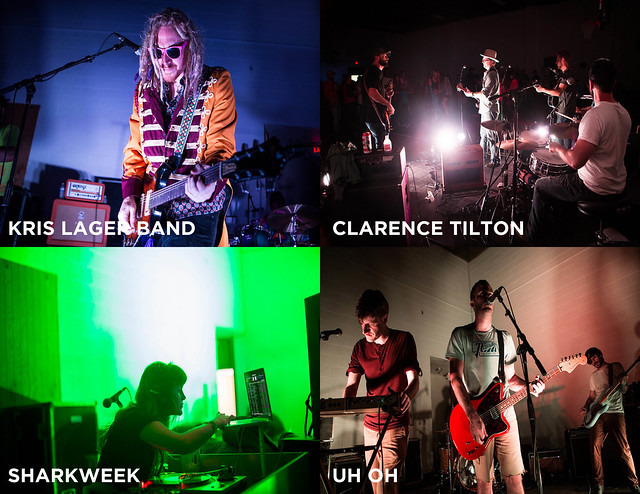 We were excited to return to Imperial for the second annual Good Living Tour. Watch our 2015 Experience Nebraska: Imperial video here and our Live Performance Video featuring Time Trap below.

Time Trap offers a familiar brand of Americana, its longing harmonies and rollicking rhythms recalling the likes Pure Prairie League. In this performance, the band rides the radio tunes and distant memories from within Imperial’s VFW all the way back home.

For the past 20 years, Imperial resident Jason Kimble has grown from teenage hobbyist to professional DJ and regional entertainer. As his business expands, he teaches the trade to his 12-year-old daughter. 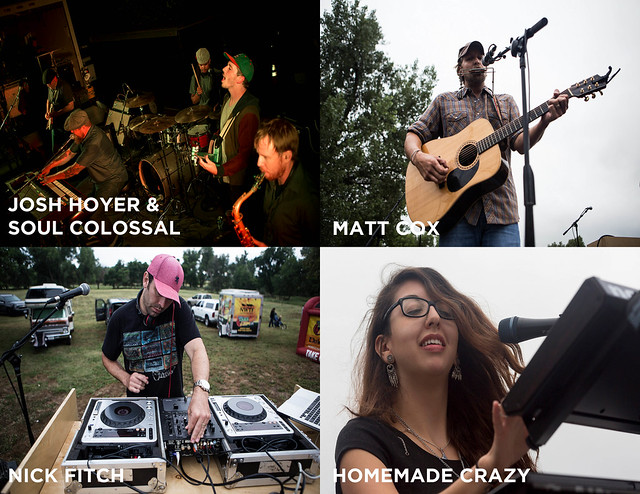 Homemade Crazy seems to be finding a footing after performing often in communities surrounding its hometown McCook. Frontwoman Breezy Ortega gives a quirky, encouraging performance in this video — which features the lone piano-based tune of the bunch — in the dining room of local eatery/listening room Sehnert’s Bakery Bieroc Cafe.

Live at the Bieroc: the formula for a regional music community | story by Gabriella Parsons | photo by Lindsey Yoneda

Sehnert’s Bakery & Bieroc Cafe, located on “the bricks” of McCook, Neb., is famed for its family lineage of bakers, dating back to 1521 in Germany. Today, fourth-generation baker Matthew Sehnert has added live music to the family recipe, creating a southwestern Nebraska music staple.

Floyd Hershberger earned the title of “McCook’s Music Man” through his devotion to local entertainment and the music store he and his wife Joyce founded in 1955. Their son Brad dutifully maintains Hershberger Music Co.’s local connections and 60-year legacy.

Want to recommend a stop or pitch a story for the Good Living Tour 2017? Contact Hear Nebraska’s Managing Editor Andrew Stellmon at andrews@hearnebraska.org.