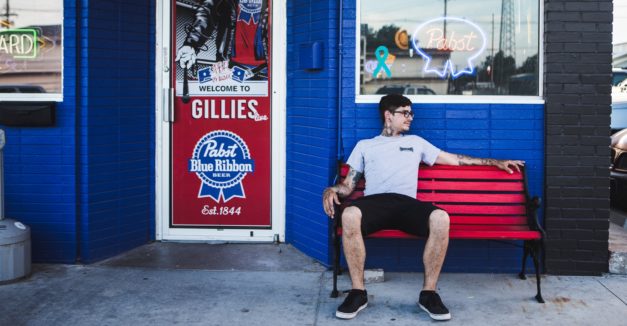 Matt Epp sits under the sizeable tin roof sheltering his bar’s back patio, and because it’s Friday night, there is already a buzzing din about the place, broken only a few times by guests shouting in his direction. An hour prior, he rode into the Kearney dive-turned-live-music-club from a Colorado camping trip, and he’s already talking shop with patrons. Later that night, he’ll fuss with foamy keg taps and absolutely dominate his own pool table.

The next few hours make it apparent most everybody who shows up to Gillie’s Bar that night knows Epp. Much like the river-bottom folk of El Jefe and the rowdy Americana of J Rod String Band — two of the evening’s three live acts — his patrons appear at home in the once-irreputable Center St. bar.

Or, as Epp puts it, “that shitty place where you went to get stabbed.”

“This side of town has that reputation,” Epp says over beers at a shaded picnic table near the bar’s back door. “Some people think it’s a pain in the ass to walk across those train tracks. Since we’ve [taken ownership] that’s all changed.” 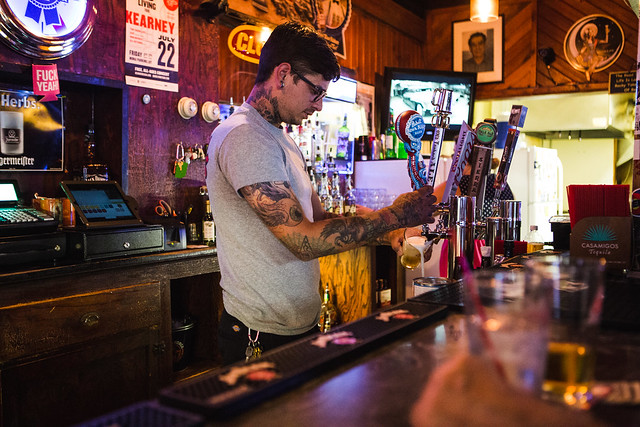 Epp assumed control of Gillie’s from his grandfather-in-law in 2013 and, armed with years of business experience interacting with and playing in touring bands, has molded the 60-year-old bar into a regular stop for local and regional musical acts. Along the way, Gillie’s has become a space for Kearney’s thriving, edgier DIY subculture, which — evidenced by a growing number of tattoo parlours, alternative salons and music-oriented spaces like Buffalo Records — appears to strengthen by the year.

Now distilled of its rougher qualities, what remains of the old Gillie’s is charm and unpretentious comfort. Diagonal wood panels zig-zag across its north wall, which are almost completely covered by glowing beer signs and event posters. On the opposite wall, the bar is alight with activity, a small television in the corner, a modest tap selection and a cooler full of tallboys, which later are wrapped in “Fuck Yeah!” koozies. The pool table sits in the center, beyond which the venue’s 10×10 stage sits unassumingly in the venue’s rear. The back door leads out to the patio, where the evening’s concert takes place. 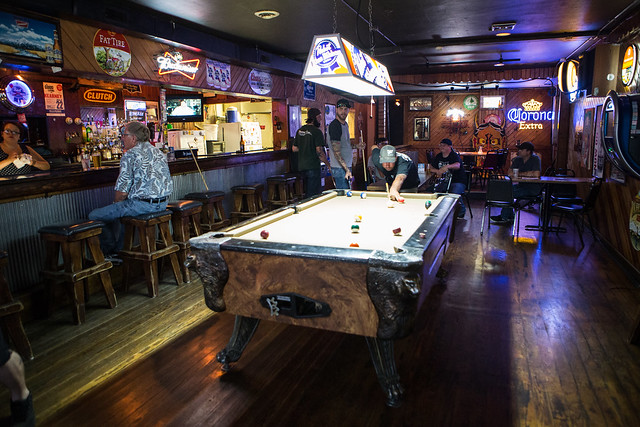 When Gillie Vasquez sold his bar to Epp in 2013, the new owner had an inkling of its potential. Kearney saw The Garage close in May 2013 after a run as the central Nebraska town’s original music venue, and what Epp describes as the one place that had good touring bands.

A Henderson, Neb., native, Epp lived in Colorado Springs during the thriving Garage years and would come back with his wife and Kearney native Kylie Epp to see radio rock bands like Candlebox, Saliva and Smile Empty Soul. But when the pair moved back, it wasn’t for the bar; it was so his wife could finish school at the University of Nebraska at Kearney. In fact, Epp had “a killer job” as an artist representative for a vaporizer company, which took off right at the outset of the current vaping craze.

During the course of five years, he met the likes of Snoop Dogg, Willie Nelson, the Allman Brothers, and would take regular monthly trips to Los Angeles to visit B Real. Along the way, he managed a few bands — including Denver’s Tatanka and Phoenix’s Fayuca — meeting fans and agents and people who were or aspired to be relevant part of the music industry. He even spent the first month of the 2012 Warped Tour filming with Streetlight Manifesto, Chelsea Grin, As I Lay Dying, A Day To Remember and Born Of Osiris.

Those years on the road led to the moment when Vasquez was ready to sell. Epp had bugged his grandfather-in-law for years to let him take over, and after cashing in an IRA, Epp officially became owner Nov. 14, 2013.

“Since I’ve met my wife, I’ve always joked with her grandfather than I wanted to buy the bar, almost every time I saw him,” Epp says. “I couldn’t believe it.”

But Gillie’s was still threatening to fail. Vasquez, who passed away a year after selling Gillie’s, had been its caretaker since 1993, reviving it from seedy, borderline dangerous dive bar to a respectable watering hole. As he grew older, however, it became harder to keep up with regular maintenance and image-shaping. In its final five years under Vasquez, it regressed to its grittier past. 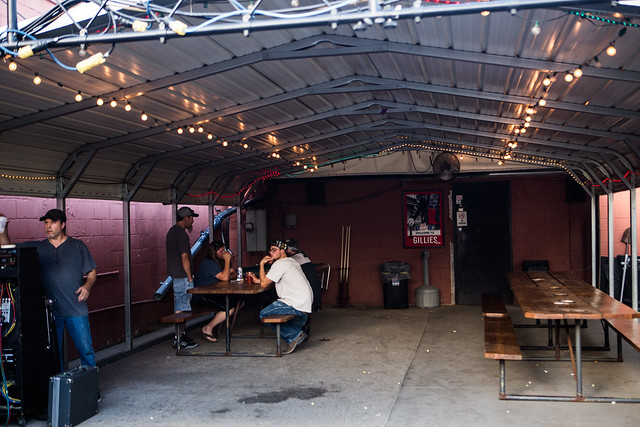 Rebuilding was gradual but not altogether easy. In developing the business side, Epp called upon his industry experience to fill nights at first, but he still had to rent a PA system and speakers. Maintaining its own sound system and booking steady live music were priorities that would separate Gillie’s from other stops along I-80.

“We have a good mutual respect,” Olson says. “Certain booking agents call me up and I don’t wanna say ‘no.’ Anytime I’ve ever called him with anything, he puts it in.”

A solid foundation and a positive experience for bands and patrons helped Gillie’s progress. Olson and Nathan Richardson (who plays in tri-cities post hardcore band Lighthouses) both regularly book at the club, helping Epp develop a base of regularly-returning local and regional acts.

Richardson, who also designs posters and merchandise for Gillie’s through his own Relentless Screenprinting, says he appreciates Epp’s easygoing demeanor and willingness to hear outside input.

“He let’s people kinda take the reins and do their own things with everything,” Richardson says.

On its place in the Kearney community, Richardson compares Gillie’s to The Roman, a pizza shop venue that, until its closing in 2009, booked bands that didn’t fit in at the more centrist Copperfield’s or Nick’s On The Bricks.

“I think the reason Gillie’s is important to Kearney is because [it doesn’t] really have very many places that’ll book the black sheep or the bands that nobody else is booking that aren’t cover bands,” Richardson says.

“A lot of smaller businesses are working really hard to make that part of town better,” Richardson says. “It used to be dingy and now, since it’s a little bit cheaper, you have these smaller businesses that take pride in it, turn it around in a new direction.” 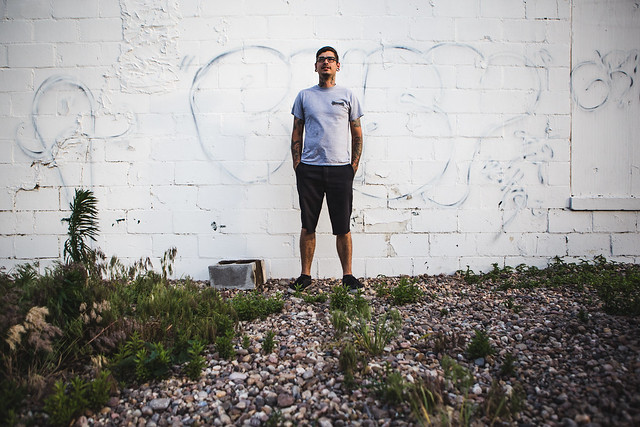 In addition to the venue’s back patio shows, indoor performances see all the tables pushed aside, the ceiling decorations disappear and the lights dimmed heavily to make room for a capacity-crowd 79 (“30 feels like a party,” Epp jokes).

That number is flexible, as it can be for any smaller club. The Darts, a long-time local rock band, drew roughly 200 to its reunion show. Lincoln ska band Mad Dog & the 20/20s turned out 225. The third-annual Rock N Rods event — with 14 bands, three stages and countless classic cars — attracted more than a grand throughout the day.

“I hear a lot of people say they wanna move to Denver or wherever because there’s not a lot going on here,” Epp says, before pausing and retreading. “Well, I used to hear that. And so hopefully if people are gonna be here, [Gillie’s] will make them feel like they have that option.”

Before our conversation ends, it turns to perspective, and what it feels like to have the go-to place for live-music in Kearney. It seems at once exhausting and thrilling to host three-stage car show events and troubleshoot bar equipment, to be the booker, manager and maintenance man.

It’s weird, he says, landing somewhere between feeling pressure and living up to his own standard. Basking in the afternoon sun, then the evening glow of Christmas lights and blasts from El Jefe’s kick drum, surrounded by the heavily tattooed and the wildly jovial, it feels a lot like Epp would be here anyway.

“This is where I would go if I lived in Kearney,” Epp says. “And I think I’d have a blast.”