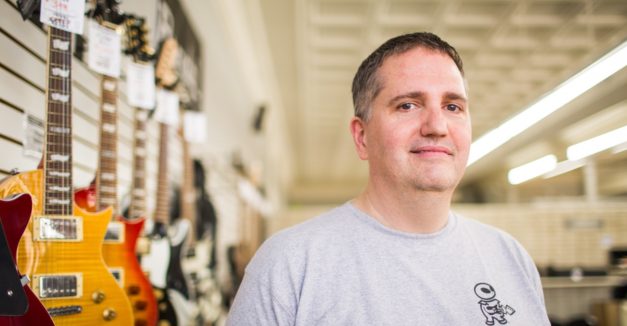 Days after Sidney-bred guitarist and music teacher Andrew Phelps bought his Schecter Hellraiser Solo, he walked into a local guitar retailer in Chappell, 30 miles east of his hometown.

There, on the wall of Aliens and Strangers music store, was the exact same guitar, except with a better cut of wood.

The guitar Phelps had purchased from the nearby big box music store had a corroded battery and displaced fretboard, among other imperfections, rendering it unplayable. Phelps brought it to Chris Dyson’s recently opened backyard guitar shop, Aliens and Strangers, to have it repaired. This was back in 2011.

“Chris fixed up my guitar and made it play amazingly,” Phelps says. “Had I known that [the guitar was available at Aliens and Strangers], I would have bought the guitar [there].” 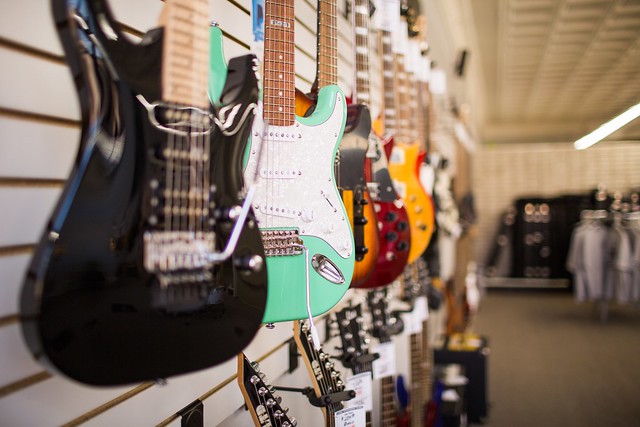 Now located in Sidney, the music store once a small operation out of Dyson’s house in Chappell. With a growing statewide audience, Dyson saw an opportunity to move to a more central location in 2015. Today, the downtown Sidney store is known for the high quality instruments it stocks, which makes Phelps’ story a valuable testament.

Next door to a local coffee shop on 10th Avenue, Schecter and ESP guitars display in the storefront, attracting musicians from all across the Midwest. With an accessible location, Aliens and Strangers offers its customers the advantage of testing out guitars in-store, which Dyson says draws visitors from Imperial, Chadron and even Sterling, Colo.

The independently-owned music store sells guitars for the same price they can be found online. Dyson says one, very important step differentiates guitars sold at his store from online retailers: taking the instrument out of its box.

Every guitar sold at Aliens and Strangers has a “Shred Ready” guarantee — a credential that includes neck and nut adjustments and intonating the bridge for fine-tuning precision.

Ordering instruments online is always a gamble, Dyson says, as many online retailers don’t even bother to set up and tune a guitar before it’s shipped.

If someone brings in a guitar purchased elsewhere, like Phelps, Dyson charges a $45 set-up fee for the service. The 48-year-old relishes in demonstrating this process.

“We’re doing that special treatment,” Dyson says, “where we’re making [guitars] better than what they would be if you were to order them from anybody else.”

A life-long guitarist, Dyson graduated from Musician’s Institute in Hollywood in 1988, where he learned everything from music theory to sight-reading and ear training. As a working musician, then playing in the West Hollywood hard rock band Sciaaca, Dyson became a fan of brands such as Tom Anderson Guitarworks, which makes rare, handmade guitars.

“It’s kind of funny being in a small town, and coming from [Los Angeles] where I was used to seeing a Guitar Center on every street corner,” the Bloomington, Ind., native says. “When I came out here, there were very few [music stores] to choose from.” 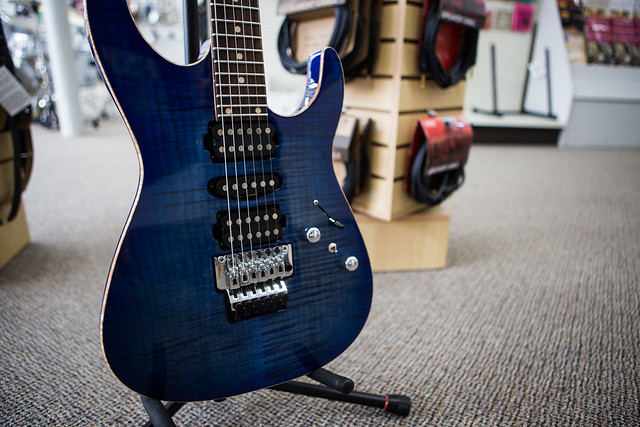 At Musician’s Institute, Dyson received professional critiques from noted players, such as Billy Sheehan (bassist for Talas and Steve Vai) and Paul Gilbert (guitarist for Mr. Big), and he aspired to play at the level of these professionals. Dyson realized quality instrument access was scarce in rural Nebraska when he moved to Sidney for a job in the early 2000s.

In an attempt to revitalize the region’s music repertoire, Dyson has made it a point to offer an array of guitars in Sidney. The store’s goal isn’t sales-related –– Dyson is happy to break even –– but rather to help musicians get their footing, and to feel supported by fellow musicians.

“One thing I’m hoping [the store] really kind of generates is more of a musical community,” Dyson says. 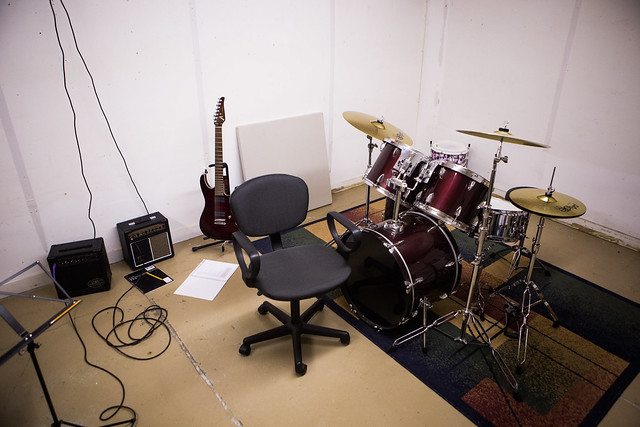 The store contributes to the growth of young musicians through its guitar and drum lessons. Dyson and Phelps currently teach 27 guitar students, ranging in age from 5-75, out of the basement of the music shop. Dyson hopes to eventually offer piano and violin lessons.

Phelps says music represents a great global community. Through instructing, he hopes to share the positive opportunities he’s enjoyed with his students – as well as to grow his own musicianship.

“[Music] kind of gives you this common ground,” he says. “If you can teach somebody to play guitar, you can teach them to be a little bit more social and open up to other guitarists wherever they go.”

Mentioning developments like monthly open mic nights at the Elks Club, Phelps says he has seen Sidney’s music community grow since working at Aliens and Strangers. For his part, Dyson believes more work needs to be done.

“This part of the country is like a musical desert,” Dyson says. “We’ll try to create a bit of an oasis.”