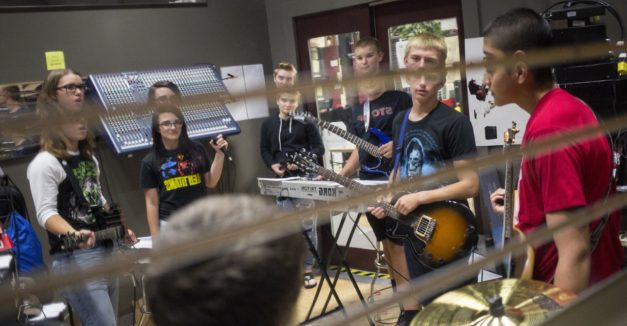 Walk into downtown Norfolk’s Midwest Music Center during the right week in June and, past the racks of piano and guitar lesson books, down the wall of well-lit electric guitars, you hear the muffled chorus of “Ob-La-Di, Ob-La-Da” from one of the music store’s several practice rooms.

Inside, the band Hot Ice is working out the kinks to the Beatles tune, one of two songs they’re learning this week. Hot Ice is made up of six teenagers, formed just a few days ago for Midwest Music Center’s annual, week-long rock band camp. Claire Thompson, a first-year camper and one of two vocalists, takes to the song with a natural and soulful vigor. The rest of the band follows with a fervent attention for hitting the right beats. 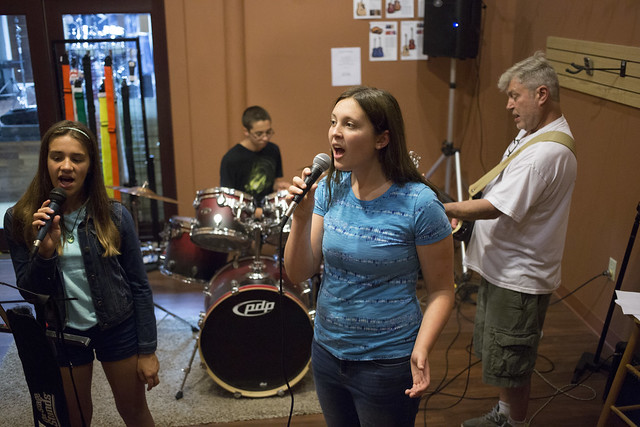 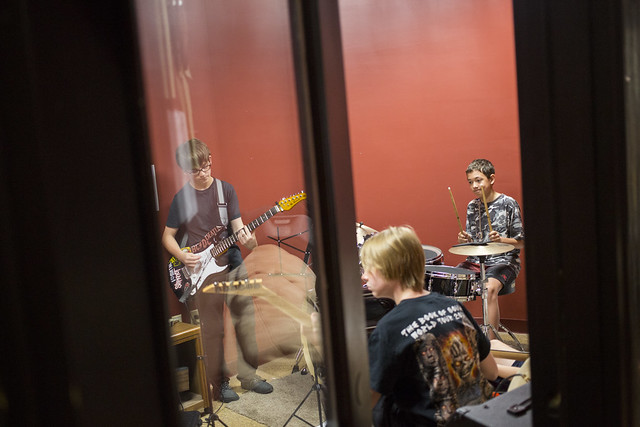 The camp itself features four days of instrument basics and rehearsals, capped with a Thursday night performance by the 25 or so campers. Each band learns two songs in the week: one classic rock song and one country song. Hot Ice has chosen to pair its Beatles cover with Johnny Cash’s “Ghost Riders in the Sky.”

Barnhill says he’s considered the camp a success from its first iteration 12 years ago. Since, enrollment has grown and each year, he says, campers’ parents love to see their children involved in something so constructive.

Barnhill, who is originally from Wymore, has worked at the store for 20 years, since he graduated from Wayne State College with a music business degree. He and his wife Amy bought Midwest Music Center in 2008.

He says the camp has become essential to the store’s identity, Barnhill says, a way of fostering music beyond high school band classes in Norfolk’s young people. As the only music store within at least an hour in any direction, Barnhill sees the Midwest Music Center’s role in the town as much more than a place where money changes hands.

“We’re here for the community, to be a supporter of live music,” he says. “Norfolk has always had something of an active music scene. Some of what we do is arranging things, like the rock band camp or a jam night or open mic night somewhere in town. We sponsor those or line them up.” 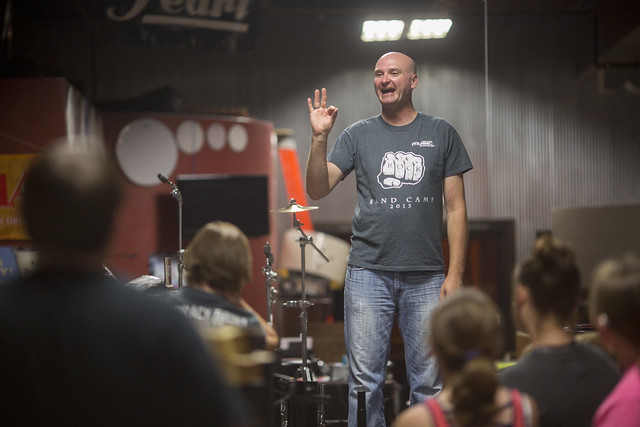 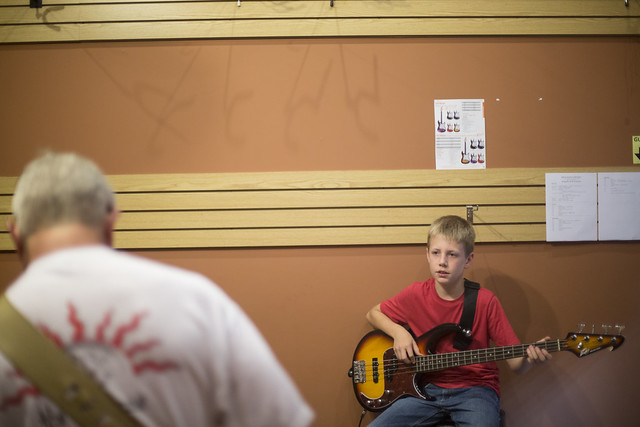 Second year camper and Hot Ice guitarist Dalton Brunsing plays the song with a focused confidence, walking his fingers and pick up and down the strings and fretboard, hitting each note. The iconic guitar riff is front-and-center for most of “Ghost Riders in the Sky,” and Brunsing is ready to do it justice at tomorrow night’s performance.

He says he’s started to play the guitar regularly since coming to camp last year, going so far as to start his own group that meets for weekly jams.

That’s common, Barnhill says. He runs through a list of camp alumni who still work in the music business and play in bands. This year’s bass instructor attended the camp himself and went on to graduate top of his class in music school, says Barnhill.

Each day is seven hours long with a couple half-hour breaks between rehearsal sessions. Many of the campers take the opportunity to head to a different practice room and jam with campers from other bands. Third-year camper Ben Bugenhagen studies his keys and slowly works out a riff that belongs to neither of the Hot Ice songs. The excitement for learning at the camp is ceaseless and infectious. 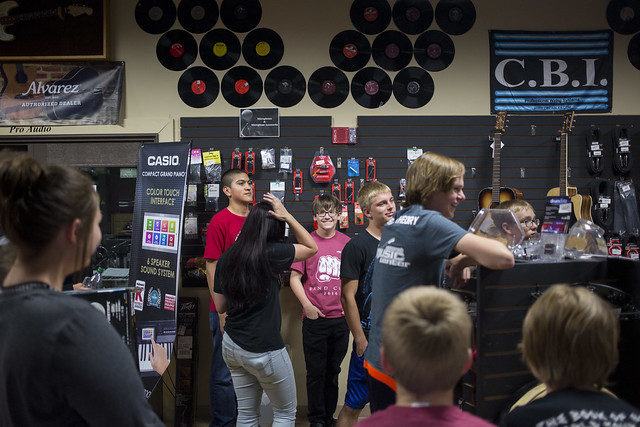 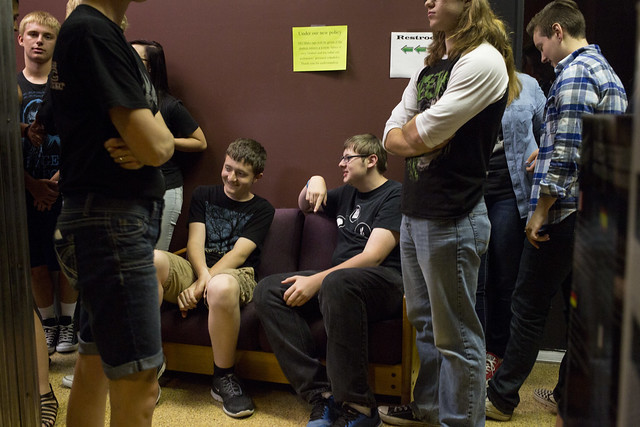 Hot Ice’s band coach, Dave Chamberlain, helps third-year student Miles Garcia work out a complicated drum change in “Ghost Riders in the Sky.” Once Garcia nails it himself, Chamberlain regales the band with a kind of classic rock band joke.

Yet unburdened by the need for employment, the young teens mostly miss the joke. But a few years from now, it’s easy to see any one of them telling the same joke to a band of their own.

“How do you get a bass player off your porch?” He asks. “Pay for the pizza.”