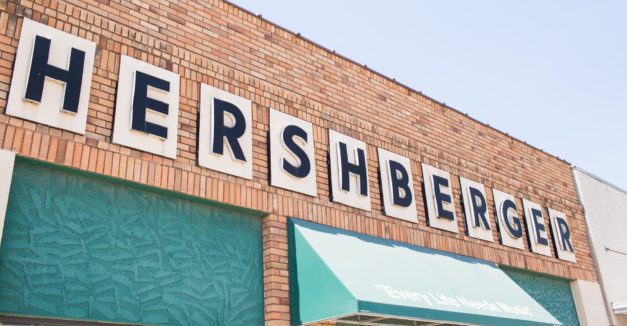 A young boy leaves Hershberger Music clutching an electric guitar as his mother ushers him and his brother out of the store. The McCook music store’s namesake manager sees them off from behind the counter a few feet away. Not realizing he was in the middle of something moments before, I had shaken Brad Hershberger’s hand in order to introduce myself before he quickly returned to his customers. In serving a town of 7,700, the totality of his schedule seemed to revolve around his customers.

When my accompanying photographer approached him about a portrait, Brad refused. We glanced at each other, taken aback. The interview would go according to his terms.

“The story isn’t about me,” Brad says as if it were already written. “The story is about Hershberger Music.”

Perhaps it shouldn’t have been a surprise. We had spoken by phone briefly the day prior to set up a meeting, though Brad’s various commitments rendered it tentative. In addition to managing the music shop, he makes regular trips to McCook High School to drop off repaired band instruments and pick up ones in need, and he runs a moving business on the side (to which he is often called with little notice). 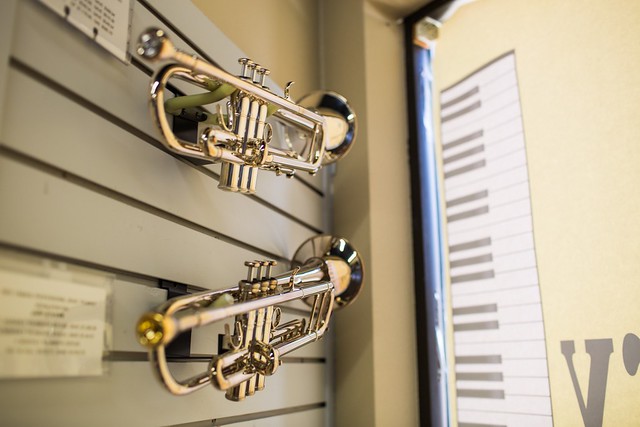 But after all, as steward of his father’s throne, Brad is only of part Hershberger’s 60 year history. His parents, Floyd and Joyce,, established the shop just a block from its current location in 1955. Floyd had worked in a local furniture store that typically carried a few pianos, of which he sold enough to develop a relationship with the Baldwin representative.

The store hopped over to West C St in the early 1960s before moving to its current location, 202 W 1st St, in 1975. A former Model-T dealership, the building resembles, with smaller offices used for lessons, acoustic guitars and an office on its south side.

Floyd was heavily involved in bringing touring artists to McCook, often driving the eight-hour round trip to Denver to rent grand pianos for them to play. He also led the charge on revitalizing the downtown Fox Theater, which Brad says was his dad’s crown achievement. For all his own musical contributions to the southwestern Nebraska town, Floyd was posthumously dubbed “McCook’s Music Man” by his friend Walt Sehnert in a touching letter to the McCook Gazette.

“He always thought and believed, and was right, that music is a very important part of one’s life,” Brad says. “To he and my mother … that was their life.”

Joyce was his secret weapon.

“He’d take my mother with him, she would play, and it would sell,” Brad says. 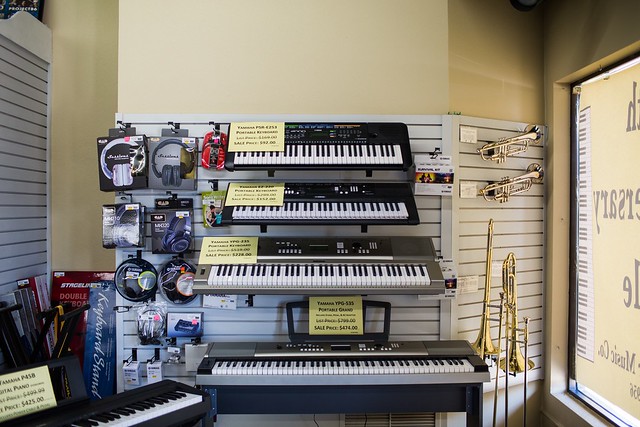 Floyd and Joyce Hershberger’s devotion to music, and perhaps their legacy, was so strong that they passed up a rare opportunity during the 1980s.

The music industry was booming, and Floyd had been so successful that he hired a business consultant to evaluate the store. After digging through sales records and inventory, the consultant recommended Floyd and Joyce sell, that it would never be worth more than it was at that moment.

“I think he always wanted me to continue in it,” Brad says. “It would be hard for him to [sell]… That’s just the way he was, how he operated.”

The son took over for the father in the late-’90s, after having been involved in various roles since 1982. In his youth, Brad, 60, was involved in athletics, and leaned more toward coaching or teaching. The comfort and familiarity of the store won out, however, and Brad has carried the torch ever since.

Over the course our hour, it becomes clear the integrity of the store is paramount, insofar as Brad Hershberger can control it. Instruments bought and sold in the store come with a free warranty and a tangible connection to its dealer. Every item in every new shipment is tuned, adjusted and made play-ready. And don’t get him started on Guitar Center-influenced consumer expectations.

“You can walk into one of them and grab something off the wall and start hammering on it,” he says in disdain. “I want people to respect the music instrument.” 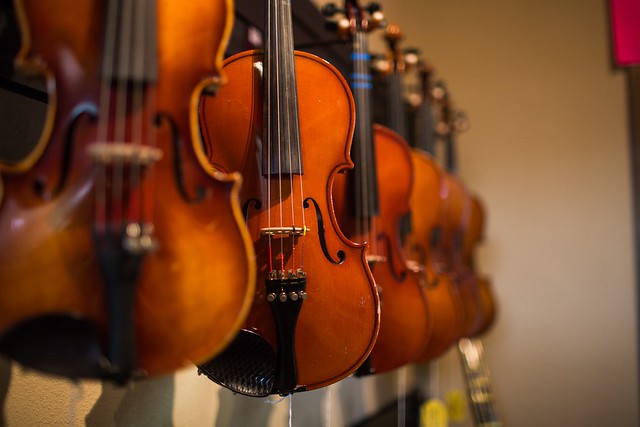 Along with regular trips to the high school to educate, drop supplies and make repairs, he also holds a back-to-school band seminar for students and parents. The educational event also serves as a meet-and-greet, providing the opportunity to connect Brad’s store directly to the community.

“Sales is rarely about the product,” Brad says. “If you’re a good person and you know your product and you share it with people, they’re gonna buy, and it’s not because it says Yamaha on it.”

The future is uncertain for Hershberger Music. In his age, Brad eyes retirement with no apparent heir in sight, his children all settled into careers elsewhere. Maybe it will be his bright, talented assistant Nathaniel who takes over the store, or maybe a community member touched by the family’s devotion to McCook music. Until then, Brad is the caretaker of the store, the torch lighter, the ringer of the morning bell.

“You build a rapport with people and that’s still there,” Brad says. “They know we’re here, and we’re not going anywhere.”