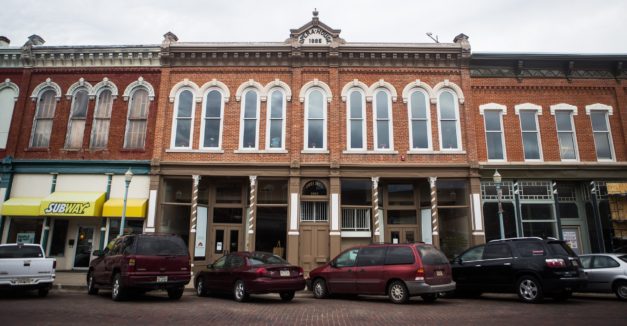 Standing in the doorway of the Red Cloud Opera House auditorium, restored almost exactly to its 1885 condition, you can see the exact spot where Willa Cather gave her famed 1890 high school graduation speech. Eloquent and dense, it remarks on the history of human progress and its stunting by superstition, rather heady for a 16-year-old with little formal education.

She stood there that day in front of her two other graduating classmates on the same stage from which she devoured numerous theatrical productions as a patron. As an admirer of the arts, the famous author spent a significant amount of her time in Red Cloud in that auditorium, seeing traveling productions of The Bohemian Girl and The Mikado on their ways to bigger cities. In the small, southern Nebraska town, the opera house provided one of the only opportunities to glimpse the outside world.

“I get goosebumps just thinking about the fact that people who are Cather lovers come into town, walk into that auditorium and realize that was where she was first inspired as a little girl,” says Willa Cather Foundation board member Jay Yost.

When the Red Cloud Opera House opened in the late 1800s, it served as more than just a stop for productions traveling through on the railroad. There were graduation ceremonies, wedding celebrations — anything required of a community cultural center. Re-opened in 2003, after nearly a century of inactivity and a colossal fundraising effort, it serves that same purpose as a living monument to Cather’s literary influence and the now-headquarters of the Willa Cather Foundation.

Willa Cather Foundation Executive Director Ashley Olson explains all this on a June afternoon, one week after the facility served as the meeting place for the foundation’s 61st-annual Cather conference — part scholarly symposium, part arts and humanities event. This year’s edition centered on Cather’s 1923 Pulitzer winner One Of Ours and World War I. Picture more than 100 of the author’s most thorough historians, high school educators and curious literary enthusiasts from all over the country. They’re listening to Pearl James (author of The New Death: American Modernism in WWI) give the keynote address, historical sight-seeing into Cather’s novels and singing popular WWI-era songs (some of which are still stuck in Olson’s head).

The scene feels serendipitously cosmopolitan for a building in the small, cobblestone heart of downtown. But it’s also distinctly of Red Cloud, Cather’s Great Plains imagery inextricable from its place of influence. The green, rolling hills and creeks that surround town give the conference direct context.

Much of this is possible precisely because of the Foundation’s new facilities, which also include an art gallery, book shop and offices. Its old home now holds the Fat Fox restaurant just a block away. Pre-opera house conferences were held in the high school gymnasium up the street.

At one point, Olson apologizes for the opera house’s condition in the spring conference’s wake — “It’s usually more dressed up than this” — but it feels positively, beautifully historical. Per the mission of its 2003 restoration, the original elements are well intact: the sturdy, modest, late 1800s hardwood flooring and stagefront paneling; its replica square tin ceiling panels and faux-gas-lamp house lights (one of them, Yost later tells me over the phone, hung in the first opera house). And though a new wall was put up at the back, shrinking capacity from 300 to 180, the names of countless performers (Willa’s brother Douglas among them) remain scrawled across the concrete walls surrounding the stage. 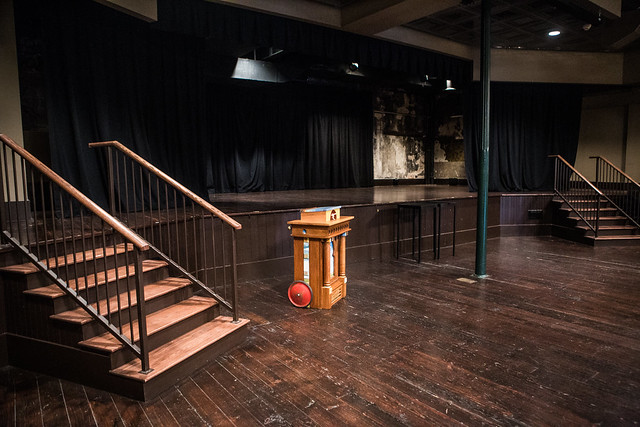 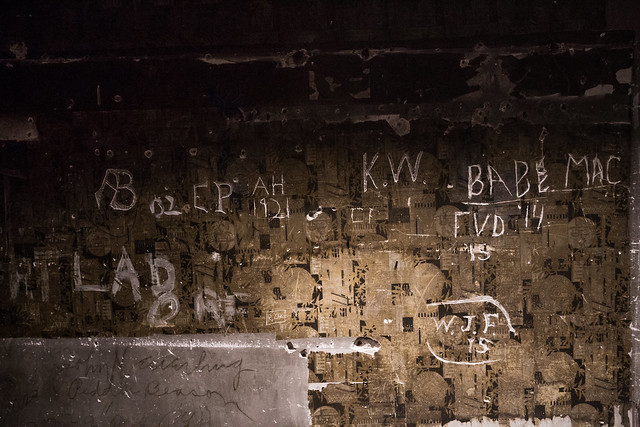 The road back to form was long, spanning the better part of a century. After closing its doors in 1919, the opera house lay largely dormant, owned by the Morhart family until its donation to the Cather Foundation in 1991. By the time of the venue’s shuttering, Cather had moved to New York to write for McClure’s Magazine and had subsequently published O Pioneers!, The Song Of The Lark and My Ántonia. In the opera house’s dark years, it had been an apartment building, storage units and office space.

In need of new facilities to house its growing aspirations, the organization set about fundraising. When Yost joined the board in 1998, he and his partner Wade Leak hosted a fundraiser in New York, during which Dick Cabott and Kathleen Chalfant read from O Pioneers! It so moved one estranged former board member that within six weeks, that person cut a check for a quarter of a million dollars.

All told, the Foundation raised $1.8 million. Renovations began in August 2001 and were completed February 2003.

“When the facility itself opened, it started a whole new chapter for the foundation,” says Olson, who has been executive director since Spring 2014. “We really didn’t do a lot of arts programming back then. We had our scholarly newsletter, we had our annual spring conference. This facility has allowed us to build a creative community through arts programming and bring in a whole new audience.”

It wasn’t without some hesitation, however. Yost describes a dichotomy within Red Cloud between local residents and Cather enthusiasts, wherein the latter would descend upon the town with brochures and fervent reverence, eager for walking tours and scholarly discussions. Many locals felt excluded, a feeling that didn’t immediately subside with the Opera House’s opening.

“It was kind of like a spaceship had landed, and it was a spaceship they hadn’t necessarily asked for or had anything to do with,” Yost says. “Over time people have really come around and everybody, for the most part, feels like they could walk into the opera house and feel like they were welcome there.” 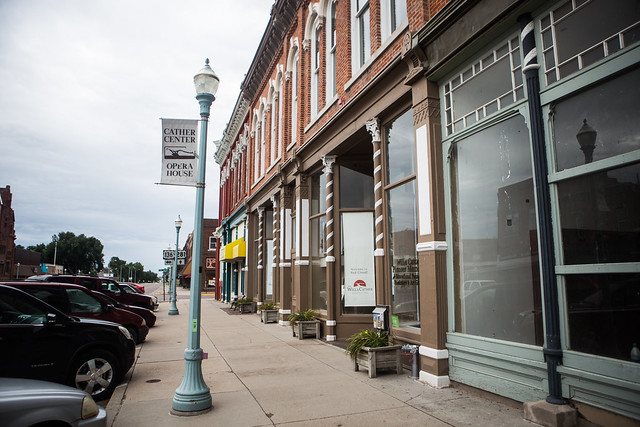 The Opera House’s renewed arts focus has brought a variety of programming and opportunity to its stage, eventually attracting the at-large Red Cloud community. It partners with the Missoula Children’s Theater, bringing in the traveling production for which area children try out, rehearse and eventually perform. In a town of little more than a thousand, that usually means no one is turned away. It hosts weddings, receptions, dances, free movies and at least one live performance per month — most recently Omaha rock ‘n’ roll artist Matt Whipkey.

“It actually kinda turned into the heart of the community,” Yost says. “People started feeling like the opera house was a part of their life, and they were having memories that were made in this building.”

The city of Red Cloud now looks to build on its art house’s local success while keeping Cather at the forefront. In the mind of Heritage Tourism Development Director and Red Cloud native Jarrod McCartney, the town has the potential to be a small, Greater Nebraska arts capitol. McCartney holds a PhD in rural studies from the University of Oklahoma, and from the smile that creeps across his face when asked about Cather’s legacy, the arts are clearly his passion.

McCartney mentions the University of Nebraska-Lincoln Opera’s May production of Marriage of Figaro, and how they’ll return in September to perform Hamlet. He says growing up there, he never imagined that kind of cultural event in Red Cloud.

“It’s important … to continue to make Red Cloud a unique space that’s connected to Cather and everything that she did,” McCartney says. “But at the same time, for the people who live here, it’s important to have access to that sort of thing. The tri-cities have improved a lot over the last few years, but when I was growing up you’d have had to drive to Lincoln or Omaha to have that sort of cultural experience. I think rural people deserve to have access to that sort of stuff too.” 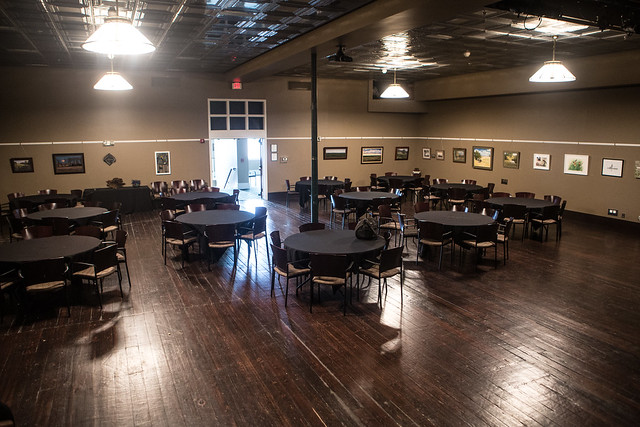 Take Marfa, Texas, for example, a town of fewer than 2,000 completely centered on the arts and which McCartney is quick to invoke. (Cinema buffs may know it as the on-location setting for There Will Be Blood and No Country For Old Men.) Marfa’s Cather is Donald Judd, a minimalist artist who moved there from New York in 1971. After a couple summers’ stay, Judd purchased two large airplane hangers, and then a large ranch space, on which he created vast works of minimalist art. New artists and art projects have inhabited the town ever since.

“Now, [Marfa] has five-star dining inside of people’s homes and boutique hotels that have been restored,” he says. “It’s just an amazing place for the arts and culture. I would like to get halfway there. I’m hoping that’s what Red Cloud can do. We already have our artist that moved here in the 1880s that we can develop that economy out of.”

The potential is certainly there. Red Cloud is home to the largest number of sites on the national registry dedicated to a single author. Some of them have been repurposed for lodging, which as Yost notes are a huge draw for Heritage tourism. And according to a recent study Yost cites, Red Cloud is capable of supporting the roughly 10,000 people per year who arrive to see the schoolhouse from My Ántonia, host a book club in an historic bed and breakfast or see for themselves the space in which Cather gave her Valedictorian speech in front of her two male classmates.

“We always considered that space to be Willa’s window to the wider world of arts and culture,” Yost says. “It was important to us to revamp that as a performing arts space so that young people could be inspired in that same room.”