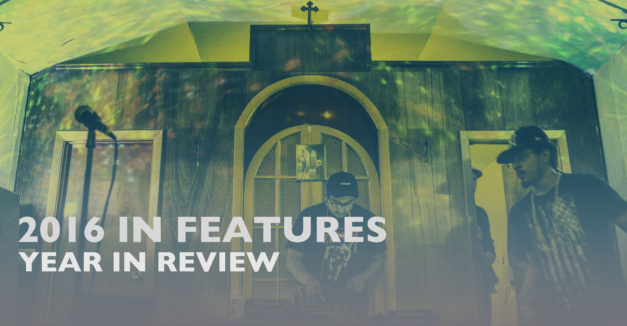 [This is the first of three features celebrating the best of Hear Nebraska’s written, video and photo work. Today, revisit the 15 best stories of 2016. Watch the rest of the week for the best in videography and photography.]

Another year of change for our still relatively young nonprofit meant the same for its editorial staff. Its focus shifted heavily to documenting the Nebraska music community video and photography, leaving its lone staff writer and a valuable, indispensable rotating cast of contributors to handle the written load.

A reduction in the number of stories meant sharpening our focus and maintaining patience, which in our eyes turned up beautiful results — both at home and on the Good Living Tour. Below, you’ll find a collection of storytelling that covers a ton of ground: profiles of rising and departing local acts; conversations with nationally touring performers; new angles on long-standing infrastructure and programs; and spotlighting the emergence of new artistic spaces. Enjoy.

(Thanks to all who contributed writing throughout the year. Whether or not your work appears here, you helped keep the editorial ship afloat. We look forward to more in 2017.)

Churning Out the Dark: Crayons Make Their Exit | Feature Interview

Through personnel changes and hiatuses, The Crayons emerge to release ‘Orange’ at their final show on Friday, Jan. 22. The release show marks new beginnings for the members as much as farewells. 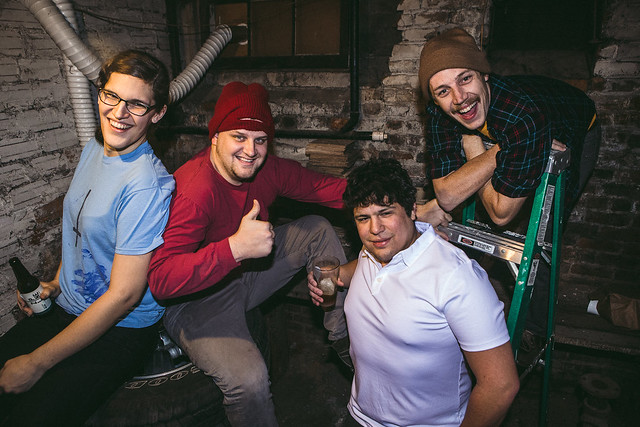 Garage rock all-star Ty Segall performed at The Waiting Room Thursday with the Muggers as part of his latest record, ‘Emotional Mugger’, trading in equal measure horror show theatrics and the creative energy of poetry. Read on for the review and photos of last night’s show with Oquoa and Los Angeles band Feels. 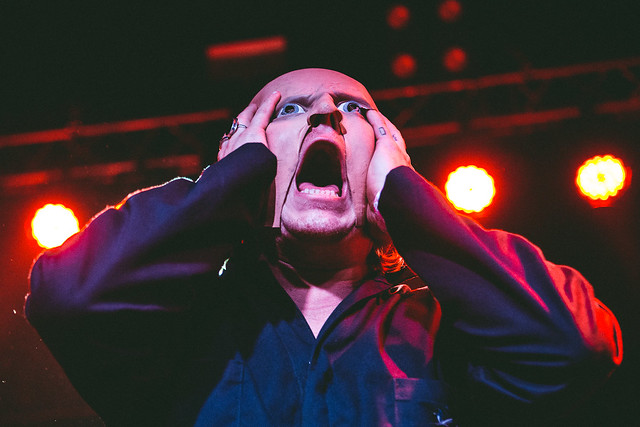 Brooklyn synthpop quartet TEEN’s six-year catalogue charts the conscious materialization of strong female empowerment, from their lo-fi beginnings on ‘Little Doods’ to the synthpop power-feminist vibes on its latest LP Love Yes. Read on for our interview with frontperson Teeny Lieberson, who talks new record and outlines the band’s checkered history with the “all-female group” label. TEEN plays O’Leaver’s Thursday, March 31 with Naytronix and Icewater.

With Jack Hotel’s sophomore album ‘Voices From The Moon’ out Friday, May 13 on Sower Records, we’ve packaged a feature interview and album review podcast. First, we talk to frontman Günter Voelker about the multiple creative “selves” that intertwine throughout the writing process and how they appear on the new album. Then our On The Record podcast team dives into its stirring, classic folk instrumentation and vivid imagery.

Brother’s and its Jukebox ‘Too Stubborn to Change’ | Feature Story

Brother’s Lounge’s recent history of punk rock and cheap drinks is embodied by its unconventional jukebox, stuffed with the likes of The Adolescents, My Bloody Valentine and Bauhaus. On the eve the Blackstone bar’s 50th anniversary, co-owners Trey and Lallaya Lalley give us insight to its home-stocked, customer-curating music machine.

When Gillie’s Bar owner Matt Epp acquired the Kearney dive-bar from his grandfather-in-law, its reputation was hurting and its future in jeopardy. Under Epp’s easygoing guidance, the music venue has become a charming, unpretentious home for Kearney’s thriving alternative music subculture. 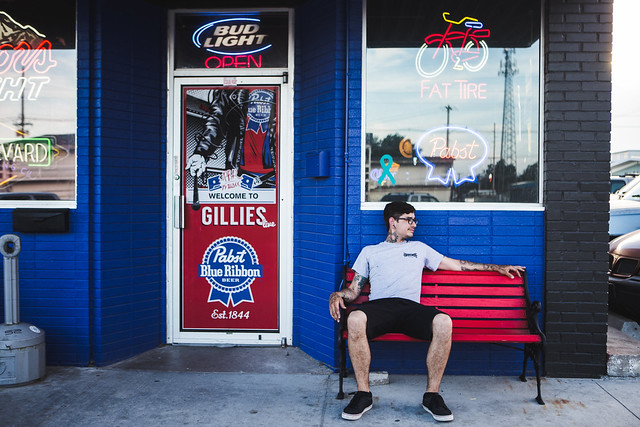 The Opera House, Red Cloud’s ‘Window To The World’

The Red Cloud Opera House once gave the small Southern Nebraska town — and its famous author Willa Cather — a glimpse into the wider world of the arts. Historically refurbished in 2003 after laying dormant for nearly a century, it acts as a community center, living museum and the promise of a Greater Nebraska arts capital. 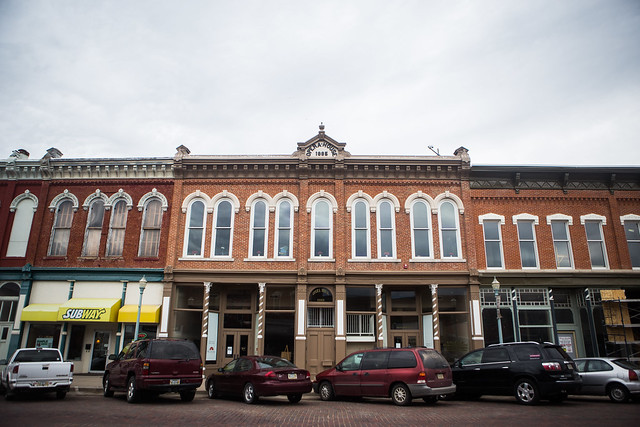 Omaha Girls Rock just wrapped its summer session, during which campers learned about everything from musicianship to band communication, diversity and identity to DIY merch and much more. Read three-year camper Ryleigh Welsh’s essay about her experience, from meeting new people day one to playing the Saturday camp showcase.

For a week each summer, around 25 teens crowd the studio rooms at Norfolk’s Midwest Music Center for the store’s annual rock band camp. Store owner Chad Barnhill and campers explain what makes the camp so important. 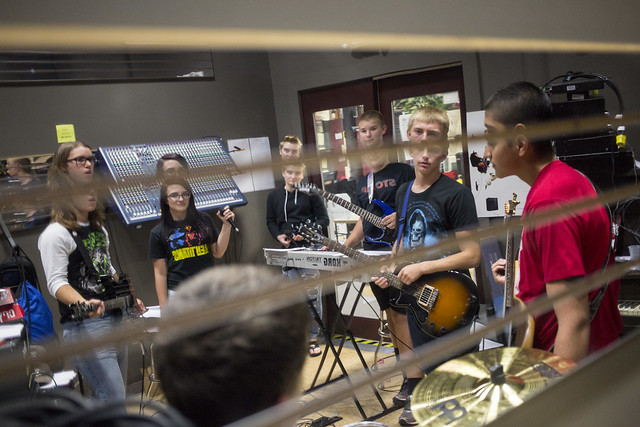 story by Andrew Stellmon | photos by Will Stott

While thousands of festival goers flooded Stinson Park for the 2016 Maha Music Festival, more than 350 volunteer staff worked hard to maintain its positive community atmosphere. A day spent with the event’s first-year volunteer coordinator illuminates just how crucial each staff member is to the ‘Maha experience.’ 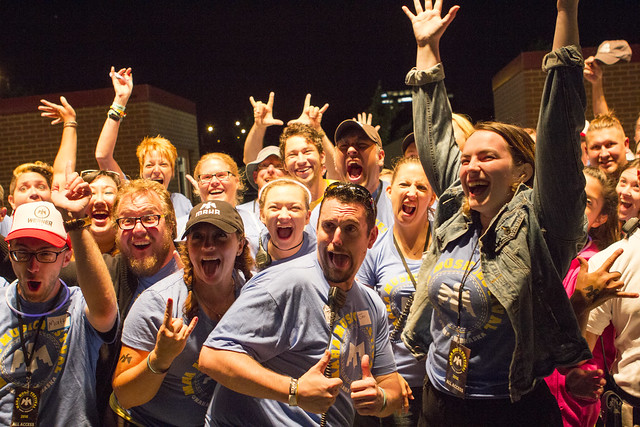 CJ Mills and the “All Killer” Approach | Feature Interview

Once Omaha singer-songwriter CJ Mills appeared seemingly from nowhere at the end of 2013, it wasn’t long before she captured an entire community’s attention. On Saturday, she opened Maha Music Festival with a truncated set which illuminated an essential CJ Mills mindset. 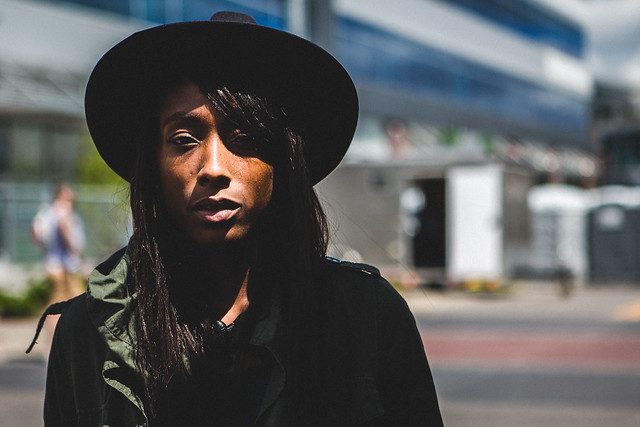 In 1994, a 16-year-old high schooler discovered 311 via mixtape from her high school boyfriend, falling head over heels into its 1993 album ‘Music.’ Two years later, at the height the Omaha band’s popularity, she split with both. Guest columnist Chelsea Yares explores why one of the quintessential rap-rock “bro bands” of the ’90s made such an impression, even for a brief moment, on her teenage self.

Since its founding by Gary Dean Davis in 1996, Speed! Nebraska Records has been a torchbearer for original Nebraska music and independent Nebraska musicians. Throughout its 20-year history, it released 37 records by 23 bands — Ideal Cleaners, Mercy Rule, Brimstone Howl and Davis’ own Frontier Trust among them. The record label celebrates its landmark anniversary this Saturday, Oct 22 at brothers lounge. Read on for memories both hilarious and heartfelt from the artists and collaborators who participated along the way.

Ssion and the Freak Inside | Q&A

Performing under the stage name SSION for nearly two decades — and, Saturday, Oct 29 for The Bourbon’s Glam Halloween — Cody Critcheloe’s eccentric aesthetic and unique artistic vision have made him not only one of the most dazzling live performances in the Midwest, but also a sought-after visual creative by the likes of Perfume Genius, Robyn and Kylie Minogue. Fellow boundary-pusher Raws Schlesinger (aka Plack Blague) caught up with Critcheloe about coming up in Kansas City, directing videos for big name artists and the evolution of “punk.”

Omaha percussionist Roger Lewis is well-known not only for his rhythmic chops and indefatigable good-naturedness, but also for his integral timekeeping role in many a foundational Nebraska project, from the early Bright Eyes days to Conduits to the present. Read on for a survey of his musical career and his thoughts on being a positive role model for aspiring black musicians. 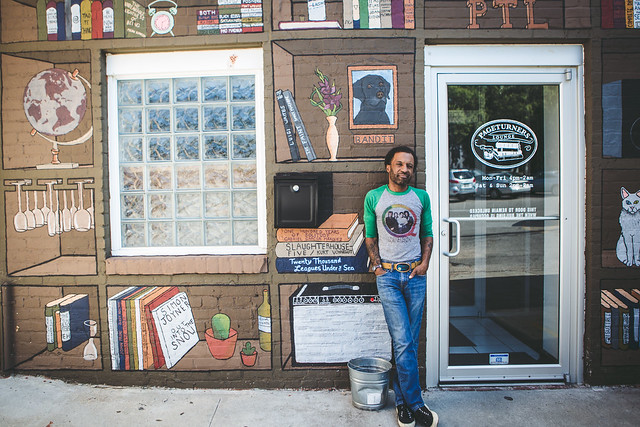 Breaking bows and boundaries at Omaha’s Community Music Lessons | story by Gabriella Parsons | Dusting off and re-learning an old instrument can be a challenge alone. It’s why self-taught musician Drew Dietle founded Omaha’s Community Music Lessons, a weekly support group to encourage others as they progress. What’s it like participating as a beginner? HN intern Gabriella Parsons took her cello along to find out.

Noah’s Ark Was A Spaceship: Overcoming the Inner Songwriting Ego | story by Andrew Stellmon | In the past three years, Noah’s Ark Was A Spaceship underwent a period of extensive personal growth and songwriting maturation, its members emerging free of self-imposed expectations built during its decade-plus Omaha scene prominence. Read on to find out why the hard-rock quartet deems its new record, ‘Three,’ its purest effort yet. See them celebrate the release March 25 at O’Leaver’s.

Miwi La Lupa: Politics, Love and New Perspectives | story by Andrew Samson | New York native Miwi La Lupa moved from Brooklyn to Omaha late last year, a mile-marker in his larger transformation as a songwriter and lyricist. In the wake of his new album, ‘Ended Up Making Love,’ we chatted with La Lupa about his cross-country move, its effects on his songwriting and the overarching political events and ideas that inspire his music.

Kurt Vile: From Box Room King to Billboard Hit | Q&A by Mark Hayden | From his suburban Philadelphia upbringing to Joshua Tree recording sessions on his latest album, ‘b’lieve i’m goin down,’ Kurt Vile’s twangy psychedelic-folk sound and storytelling knack have been shaped by his surroundings. We chatted with the songwriter about what it means for him to have his first hit song, his thoughts on playing big summer festivals and driving forklifts before becoming a full-time musician. Kurt Vile and the Violators play to a sold-out Waiting Room Saturday, April 9 with Purling Hiss.

The Bay: PHASE 2 kickflips the gap between Lincoln’s youth and music | story by Patrick Nolan | Long a safe-space for adolescents in need, Lincoln’s The BAY has a new target in sight — opening a new music venue and coffee shop dedicated to building a better city through music, kickflips and nitrous coffee. Read on for our interview with programming director Shayne Pearson before the local community organization and skatepark re-launched in June with a huge three-night, 11-band event.

A Well-Lived Heritage | story by Jacob Zlomke | Ord’s Laddie Bruha inherited his love for the button accordion same as he inherited his Czech accent. It runs deep through family lines. Now, even as the prevalence of polka music wanes, that tradition lives on through Bruha and his son.