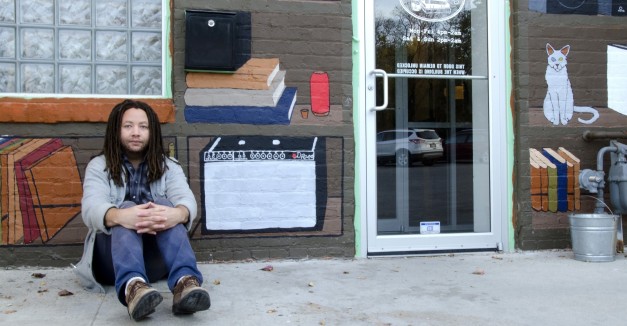 It seems to be a season of change for MiWi La Lupa. In September, the singer-songwriter moved from his Brooklyn home to Omaha, 1,250 miles from where he began his musical career. Though the change has not diminished the quality of his work, La Lupa will be the first to tell you that location is all relative. The music is still music. People are still people. Problems are still problems.

“I have a bigger bedroom out here,” he says, “but songwriting is still the same.”

At its heart, La Lupa’s new album, Ended Up Making Love, is about changes both personal and political. Recorded at ARC Studios with producers Mike Mogis and Conor Oberst, the record covers new ground, dealing with undiscovered territory much like its author. As a songwriter, La Lupa discusses subjects that he has never written about before. As a musician, he trades the quiet sounds of his first record for banging drums, loud guitars, and vocal effects. But these changes are only the outer shell.

La Lupa says that living in Omaha hasn’t affected his songwriting or playing either. Instead of writing lyrics on long train rides, he writes while sitting at the door at O’Leaver’s or bartending at Pageturner’s. He has taken to his adopted home quickly, playing a few shows at O’Leaver’s, Harney Street Tavern, Pageturner’s Lounge and Lincoln’s Zoo Bar. He has also toured with Oberst and performed with local super-group Dolores Diaz and the Standby Club. 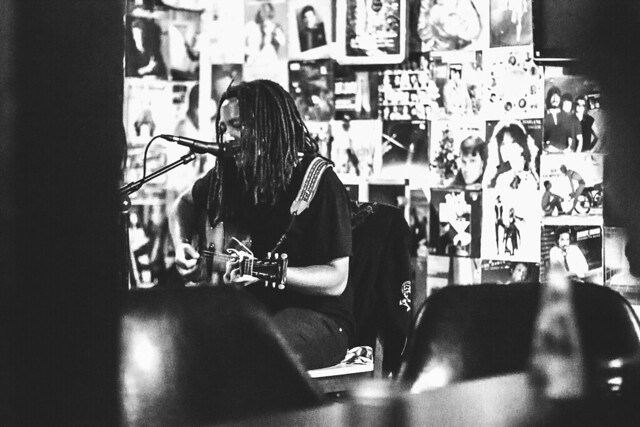 When asked about playing two vastly different cities, one large and one mid-sized, La Lupa isn’t daunted by the contrast.

“It seems to me that people here tend to take the time to listen more closely,” La Lupa says. “But a bar’s a bar, you know?”

While moving to Omaha may have lessened La Lupa’s stress levels and given him new places to write, his songwriting has remained tight, his lyrics both introspective and all-encompassing as he offers opinions on racism and inequality.

On the album’s second track, “Big Heart,” La Lupa shares lyrics that may have listeners envisioning scenes from television news: Baltimore and Ferguson, Mo., burning buildings and protests. The song ends with a mixture of a call-to-arms and a damnation of the fairweather “slacktivism”:

I missed you at the rally, but I see you on the net /If some of this should happen to you there’d be hell to pay, I’d bet/So carry on in your progress, and go call your one black friend /I’ll be marching towards the best for us and I’ll meet you at the end.

For MiWi La Lupa, writing about these topics has been years in the making.

“Some of these things just needed to be said,” he says. 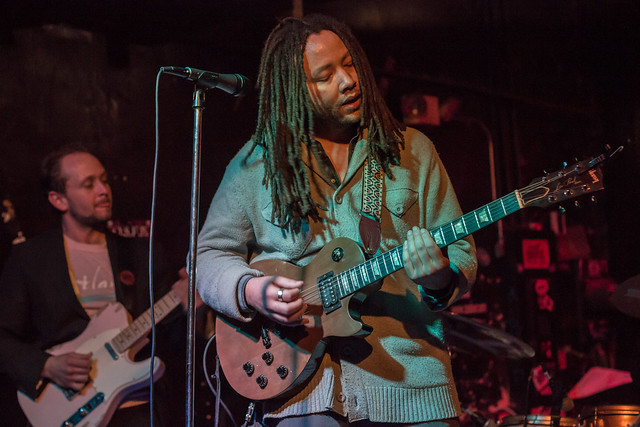 La Lupa goes from recording a pieced-together band of musicians in his bedroom in New York to putting out a more high tech sound on Love. He cultivated lush musical compositions out of a collection of demos extending back to 2011. The album, finished mid-2015, showcases different sides of La Lupa that fans of previous work may be unfamiliar with.

These differences are especially prevalent on songs like “Giant Sleeping” and “Holiday,” which show different vocal effects, more reverb, some fuzz. On songs like “All I Got,” La Lupa sounds like Jim James of My Morning Jacket with high-pitched, echo-tinged lyrics sung over raucous drums and guitar.

Love gets away from the intimate, quiet sounds of La Lupa’s 2014 release, New Way Home. While most of the songs on his first release were built around slower tempos, quieter voices and were more personal (and fictional) than political, La Lupa goes in a new direction to make statements about political issues, which offered a new experience for him as a songwriter.

“Living in New York and watching the news, you’re very sensitive to these issues,” he says. “The attention to these matters kind of reached a feverish pitch…I don’t attend rallies or use social media. But I’ve got some sort of platform in my art.”

La Lupa related his experiences of traveling in Europe over a 4-week tour in January and February where he encountered problems that were similar to those in America: racism, a refugee crisis, and other beliefs that have divided communities.

“The refugee crisis has really polarized people there, just like over here,” La Lupa says. “People you start talking to…all have examples of these problems in their country.”

While walking through a neighborhood in Germany, La Lupa was warned by his tour manager that there were Neo Nazis in the area that might pose a threat to his safety. Initially, he shrugged the warning off, but then decided to take caution.

“But then I thought about it and I said, ‘I am a little afraid,'” La Lupa says. “It kind of changes the way you look into a cafe or a bar. You start to think, ‘Is that the people she’s talking about? Am I welcome in there?’”

Still, La Lupa’s Ended Up Making Love, while political in many ways, is named after a song that reflects something apolitical: a rocky relationship. Lyrics such as, “The spring, it found its way into summer/She’s on the road and in the clouds above/She returned to open arms in the doorway/They stood there frozen in a never-ending hug” are juxtaposed with “Promise it’s not a contest/Who is gonna suffer the least between us.”

But this idea carries into other songs on the album. Even though love and fighting for our causes in our tiny microcosm of a world might give us meaning, the future seems unsure, whether it be a personal or political conflict. Still, La Lupa says that the song has one major goal.

“Who doesn’t want to end up making love, I guess?” he says. “It’s focusing on the supreme goal of life, inviting the world to make love.”