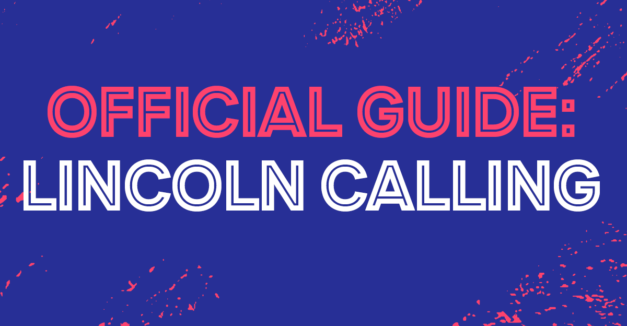 For an event so entrenched in its downtown location, the 13th annual Lincoln Calling music festival certainly carries many firsts.

The downtown Lincoln event, presented by Allo Communications, will again pack a swath of emerging musical and comedy acts into eight venues during the course of three nights Oct 6-8. Headlined by Domo Genesis, Real Estate, Cloud Nothings and The Mynabirds, the festival features local and national artists playing a range of genres, from Americana and hip-hop to punk and hardcore and everything in between.

But there’s a new look about the weekend. With more than 120 acts, Lincoln Calling is larger than it has ever been. The city’s bus line, StarTran, will provide safe transport from downtown to the festival’s outer reaches — Vega and The Bay — so you can hit it all. And Uber will offer new users $20 off safe rides home (promo code: LC2016)

Additionally, Lincoln Calling has partnered with YP Week and First Fridays to highlight Lincoln’s enterprising and creative communities. There are Saturday afternoon music industry-related workshops covering independent production/promotion, Nebraska music history and scene inclusivity. There’s even a recycling initiative, spearheaded by Carson & Co. Global and in partnership with the City of Lincoln.

In classic HN fashion, we’ve assembled this handy festival guide to help you navigate the weekend, which starts below. Plan your attack with the complete schedule; dig into some of the notable acts and showcases; and view a syllabus of Saturday’s workshops.

With more than 120-plus acts packed into three days, the schedule will be your best friend. Plan your attack below and keep it handy:

The three-day pass boasts the best value, granting access to all venues all weekend at an incredible $.40 per band. But there are other ways to play, some with attractive incentives:

Grab your tickets here. Before heading to your first show, stop by Tower Square (13th & P) to pick up your wristband.

In order to get you from venue to venue safely, Lincoln Calling has partnered with the City of Lincoln to run a special StarTran bus route. Every 30 minutes, it stops near The Bay at 22nd & Y, near Vega at 8th & P and at the festival’s central location, 14th & O. More details here.

Sample most of what you’ll hear at Lincoln Calling with our Spotify playlist below:

In the run-up to Lincoln Calling week, we turned the spotlight to various points of interest throughout the festival. Get acquainted with some of the talented frontwomen, technically proficient shredders, hilarious comedy acts and, in traditional LC fashion, its themed showcases.

One of the most appealing aspects of any music festival, Lincoln Calling included, is the possibility of seeing a diverse set of acts during any one night or weekend. Look at this year’s three-night downtown Lincoln event through its women musicians, and the sentiment rings true.

Out of 41 acts featuring women musicians at the 13th-annual Lincoln Calling, we list 10 of the most energetic, honest, technically proficient and overall most badass of the bunch. From Marissa Paternoster to Sara Bertuldo to Alex White, we featured the 10 can’t-miss leading women of the festival here.

Think about any technically proficient guitarist, and all of the cringeworthy critical cliches — “face-melting,” for instance — come to mind.

But there’s undoubtedly something to the art, especially when it invokes or reinforces the mood or feeling a song is trying to convey. Legendary blues guitarist B.B. King would rarely play his famous Gibson ES-335 “Lucille” and sing at the same time; his instrument had a voice all its own.

Lincoln Calling has long made a name for itself through mixing and matching bright local talent with rising regional and national acts. This year is no different, with a number of themed lineups and specially-curated nightly showcases. Here, we spotlight six of them, featuring the annual, locally-flavored KZUM showcase, hip-hop night at Bodega’s and a a soul sensational at The Bourbon

[Editor’s Note: This feature was published prior to Charles Bradley’s forced cancellation of his Lincoln Calling appearance due to a serious medical issue. Read more here.]

Comedy can be an underrated aspect of any major music festival, an alternative but undoubtedly related culture often brushed to the side or lost in the marquee glow of big-name musicians. Yet for the likes of Gainesville’s The Fest, stand-up forms an important part of a well-rounded event, which is why Lincoln Calling has made comedy part of its focus this year.

The lineup features a long list of multi-talented comedians with varying styles — from the self-deprecation of Jo Firestone to the character arsenal of Brett Davis to the sketch comedy of Timmy Williams. Get acquainted with them and three more hilarious comics on the Lincoln Calling lineup with this story.

Before Sonic Ranch recording sessions or major festival appearances, Cloud Nothings’ Dylan Baldi was crafting the band’s blistering indie rock sound in his Cleveland bedroom. The frontman dishes on his break into live performance, working with Steve Albini and incorporating electronic interests into the Lincoln Calling headliner’s forthcoming album in our Q&A. See them Friday, Oct 7 in the Duffy’s Tavern back lot. Read on here.

A change of scenery may have prompted Esmé Patterson’s moodier, introspective third album We Were Wild, but the folk singer/songwriter delivers with the same uninhibited personal touch. Patterson chats about the new record, writing with self-awareness and answers a first-date question in this Q&A.

Modern Vices has carved out a throw-back identity in its Chicago hometown and across the country, merging contemporary garage rock and classic ‘50s pop. Frontman Alex Rebek talks about the band’s self-described “dirty doo-wop” and its new ambitions in advance of its Nebraska debut at Lincoln Calling this Friday, Oct 7. Read the story here.

This year, Lincoln Calling has instituted an educational portion of the festival, which takes place during the day Saturday and is free and open to the public.

First, Silver Street Studios founder Charlie Hull leads a pair of workshops on promotion and licensing, both aimed at independent artists. “My Band Is Awesome And No One Knows It” will cover the former, while “I Wrote and Recorded A Song, Now What?” covers the distribution end.

At 2:40 p.m. Bomb Shelter Radio’s Justin Short explains how his “pirate radio station,” inspired by Cold War fomentation of nuclear fear, sets up and broadcasts independently. The built-in radio station broadcast from Omaha DIY venue Milk Run earlier this year, and will be doing so on Friday and Saturday of Lincoln Calling at Tower Square.

At 3:30 p.m., Caulfield Records founder Bernie McGinn connects his Lincoln-based independent label’s history to the music scene which emerged and grew around it. Caulfield Records found its footing in the late ‘80’s, going on to release records by the likes of Mercy Rule, Christie Front Drive, Mineral, Giant’s Chair and Opium Taylor, among many more.

Finally, Lincoln Calling artists Rachel Tomlinson-Dick and Courtney Morrow (both of Bien Fang) lead a panel discussion “Have My Back Or Get Out Of The Way: A Conversation with Femmes In Bands,” which will discuss inclusive and safer spaces at shows and in music scenes, inclusivity/intersectionality, what women want/expect from allies and favorite gear. Panelists include White Mystery’s Alex White, Domestica’s Heidi Ore, Freakabout’s Cortney Kirby, vocalist/video producer Egypt McKizia, Girls Rock Pine Ridge’s Maureen O’Brien and All Young Girls Are Machine Guns’ Rebecca Lowry.

Again, these workshops are free, and open to the public. No need to register. Just come.