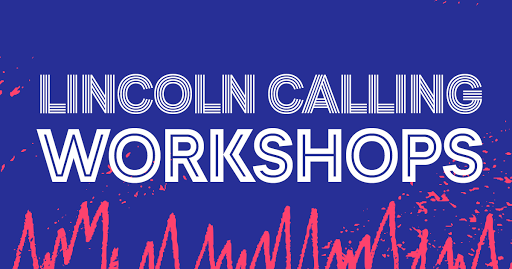 When legendary Nebraska label Caulfield Records launched in 1988, it was thanks to Bernie McGinn’s parents, from whom he had borrowed a little money to release a DIY 7-inch record for his band, Sideshow. When that record came out, that was supposed to be the end of it.

But staked inside of a flourishing underground Lincoln scene, Caulfield found its footing, releasing records by the likes of Mercy Rule, Christie Front Drive, Mineral, Giant’s Chair and Opium Taylor, among many more.

McGinn returns to Lincoln next weekend and will cover the history of Caulfield Records as one of five music industry and local scene workshops hosted by Lincoln Calling Music Festival. The free informational and cultural discussions will cover topics ranging from DIY startup and promotion to music community inclusivity. The workshops take place from 1-5 p.m. on Saturday, Oct 8 at Nonprofit Hub, 211 N 14th St.

First, Silver Street Studios founder Charlie Hull leads a pair of workshops on promotion and licensing, both aimed at independent artists. “My Band Is Awesome And No One Knows It” will cover the former, while “I Wrote and Recorded A Song, Now What?” covers the distribution end.

At 2:40 p.m. Bomb Shelter Radio’s Justin Short explains how his “pirate radio station,” inspired by Cold War fomentation of nuclear fear, sets up and broadcasts independently. The built-in radio station broadcast from Omaha DIY venue Milk Run earlier this year, and will be doing so on Friday and Saturday of Lincoln Calling at Tower Square.

At 3:30 p.m., McGinn connects his Lincoln-based independent label’s history to the music scene which emerged and grew around it. His talk should yield intriguing insight.

Finally, Lincoln Calling artists Rachel Tomlinson-Dick and Courtney Morrow (both of Bien Fang) lead a panel discussion “Have My Back Or Get Out Of The Way: A Conversation with Femmes In Bands,” which will discuss inclusive and safer spaces at shows and in music scenes, inclusivity/intersectionality, what women want/expect from allies and favorite gear. Panelists include White Mystery’s Alex White, Domestica’s Heidi Ore, Freakabout’s Cortney Kirby, vocalist/video producer Egypt McKizia, Girls Rock Pine Ridge’s Maureen O’Brien and All Young Girls Are Machine Guns’ Rebecca Lowry.

Again, these workshops are free, and open to the public. No need to register. Just come.

The imagery in “Young & Realistic,” the video which the Omaha electro-punk band released yesterday, is energetic and a tad unsettling at the same time. The song itself, which debuted in May, is textbook The Faint, boasting a danceable beat and heavy synths which, in relation to the video, keep things focused.

The Faint looks back at a 17-year career with its forthcoming release CAPSULE: 1999-2016, which drops this Friday on Saddle Creek Records. It contains 16 tracks from throughout that time — including the likes of “Glass Danse,” “Agenda Suicide” and “Desperate Guys” — as well as new tracks “Young & Realistic,” “ESP” and “Skylab1979.” Pre-order it here.

The band embarks tomorrow on a month-long North American tour, which culminates in a homecoming show Halloween night at Sokol Auditorium (RSVP here). Gang of Four and Pictureplane will open throughout. Find tour dates here. 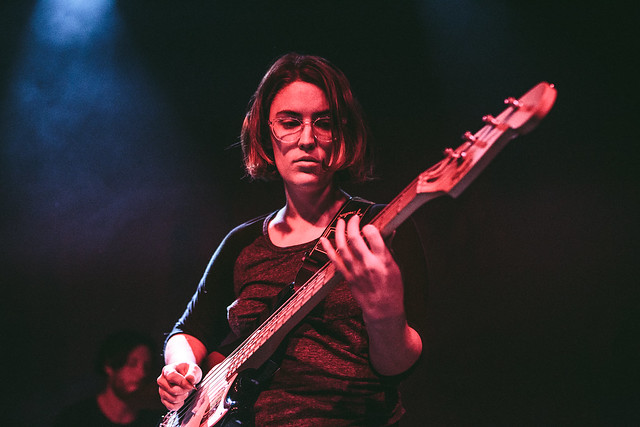 Bien Fang vocalist/bassist Courtney Morrow has not only been preparing for Lincoln Calling this October and promoting feminism through her edgy music and independently designed patches. As the Event Coordinator of Indigo Bridge and a freelance designer, Morrow is organizing community feminism events for The Haymarket’s Indigo Bridge Cafe.

Indigo’s Inclusive Feminisms is a structured lecture based presentations to educate and/or empower people of color, non-heteronormative, gender queer and disabled individuals within the community. Morrow’s mission is to involve members of oppressed groups to share their experiences, and create a safe space for that community. In these presentations, they cover body and sex positivity, gender identity, racial identity, intersectionality, and queerness. The lectures fall on the last Wednesday of each month, with the latest happening tonight at 7 p.m. (RSVP here).

Local freelance illustrator and activist Brittany Burton lead the most recent discussion, which covered Womanism, Intersectional Feminism and misogynoir. Intersectional feminism and womanism are social theories the combat racial and gender oppression of black women. The term for oppression directed to black women is called misogynoir. Theses forms of feminisms were created to expand a definition of feminism that previously focused on white, cisgendered women.

Burton will leading tonight’s presentation of the Sex Positivity panel.

“With her audience being mostly white, it’s very frustrating to Burton because she wanted it to be a safe place for black women to come express their anxieties,” Morrow says. “Brittany was more than qualified to educate the white community members on this subject matter because she experiences them, and I respect that I cannot speak for her.”

Morrow believes in having a safe community for non-heteronormative, gender queer and disabled individuals and people of color. She says she understands her role in that is not to dictate the discussion.

“I know that as a white, gender queer woman…I know that [at] times I will need to take a step back,” Morrow says. “I think about everyday whether or not I have a right to talk about these things. My purpose is to use my privilege correctly, and to not step into spaces that are not my own.”

Morrow says her goal is to be a feminist that doesn’t not exclude anyone in every part of her life. Burton and Morrow are both coworkers and friends, and always use the resources and books they recommend to her.

“We try to get as many books as we can, and those books often have subject matters that people are scared of,” Morrow says. “The books don’t cater to white, elitist feminism. That’s not how lot of people live their lives. The people that need these books and Brittany are the same people that are saying, ‘I feel left out and forgotten, and I feel like I’m not being listened too.’”

Morrow feels she’s  helping Lincoln get one step closer to the  progress of having an inclusive community, and she will showcase this events as long as the Lincoln community wants to keep having them.

Tonight, Detroit emcee Danny Brown comes to The Bourbon, on tour in support of 2016 album Atrocity Exhibition. Hailed by MTV as “one of rap’s most unique figures in recent memory,” Brown blew up in 2012, following the release of two studio albums and several mixtapes. He was featured on the cover of FADER’s Feb 2012 issue and reached 18th on the US Billboard charts following his third album Old. Brown has performed with the likes of Eminem and Macklemore & Ryan Lewis. Fellow Detroit rappers Maxo Kream and Zelooperz open the show. Tickets are $25. RSVP here.