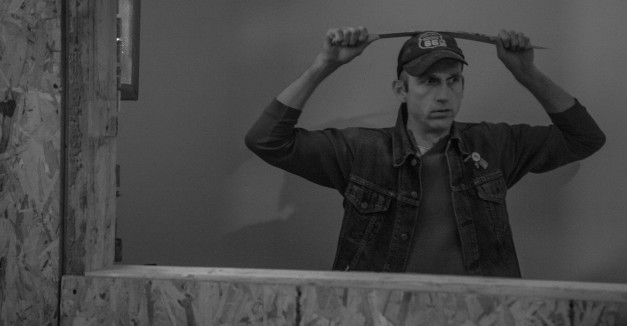 Visual artist Joshua Short built what looks like half of a living room in the middle of 0709 Gallery, the bay next the venue space at Milk Run, 1907 Leavenworth St. At least that’s what he calls the imagined “16-by-5-feet cross-section” that has been sawed out of an Omaha apartment and plunked into the gallery.

With Bomb Shelter Radio, the first of its incarnation in Omaha, Short built a room-like structure from scratch and will broadcast a radio station from that space. Constructed from scrap lumber he found at a Council Bluffs dump, it sits on cinder blocks in the middle of Milk Run’s gallery. A spew-green sofa rests in the middle of the exhibit surrounded by a few crushed beer cans and hidden speakers inside drawn-on cabinets.

Short, current Bemis Center for the Contemporary Arts resident, considers it a tribute to what he’s learned about Omaha DIY and culture since moving to the city in mid-January. Short begins his Bomb Shelter Radio broadcasts Friday with the physical art exhibit at Milk Run during the rest of March. A kick-off party and fundraiser will be held at the venue on Sunday. RSVP here. 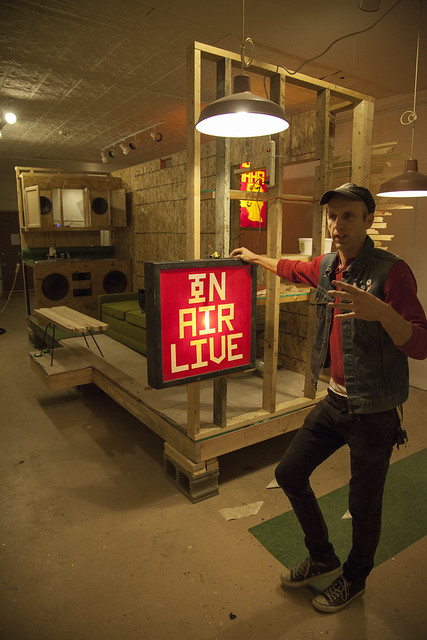 Short worked with no budget for the “punk house” theme and with the found scraps achieves the essence of DIY and his preference to give old materials a new life.

“It has a cultural memory to it already,” Short says. “It’s been somewhere, and I think of all the people who have sat on this floor before. It’s like the weight of Omaha is already in here.”

Short will fill in the rest with the live show broadcasts, band interviews and his own collection of 45’s, focusing on punk and metal music. The online radio broadcast can be found here.

He says he wants to set up transmitters in various Omaha neighborhoods — like Benson, South and Dundee — and use the online broadcast to reach those transmitters to be broadcast over the Omaha airwaves. Short hopes awareness of the project leads to donations of more transmitters, since each one only reaches up to five miles.

Short says he met Milk Run owners Sam Parker and Chris Aponick while attending the Love Cop show there in January. He says he was “going crazy” between Omaha’s winter and trying to find a project, and then he found 0709 Gallery.

“I have this thing about public practice and involving people, and music has always been a huge thing for me,” Short says. “When the radio is going and people are in here and sitting in this space, like actually using the thing, it becomes alive and gives as much as it takes.” 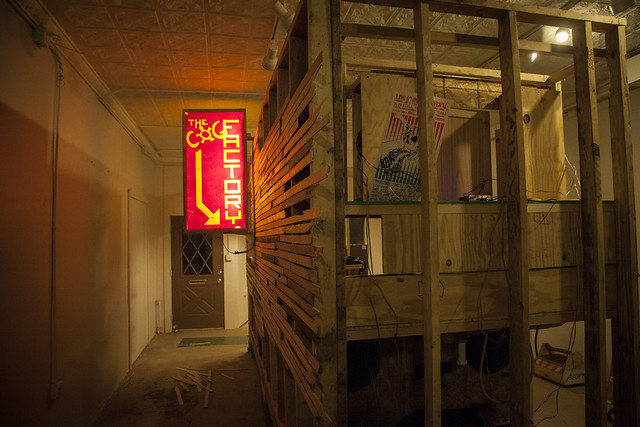 Short says the concept of the bomb shelter birthed from “taking stock” while in graduate school at the University of California, Davis and noted his experience of growing up being “bombarded” with fear-mongering media during the Cold War.

“People had this legitimate fear, like ‘Oh my god, the end is nigh. We’re in the end days and we need to do everything to preserve that,’” Short says. “So I started meditating on that, like if I was forced underground, what would I want?”

Short introduced the first bomb shelter, called “Mach 1,” for his graduate school thesis. He retaught himself radio broadcasting for Bomb Shelter Radio — a trade he learned from his stepdad who used to  build and fix radio towers — and says it’s the nostalgia of the radio on the air that contributes to the bomb shelter’s Cold War aesthetic.

A bright red “on air” sign sits directly in front of the window facing Leavenworth Street. The sign will switch on when the broadcast is live, which Short says is the idea that passersby will stop and look inside, “kind of like that New York, Howard Stern thing.”

The exterior features a double-sided light-up sign: one side reads Bomb Shelter Radio Omaha with an illustration of a catfish DJ – Short’s own running design – while the other features a replica Cog Factory logo. Short says he just learned about the closed punk venue and wanted to pay homage to the “legacy of DIY” in Omaha’s community. 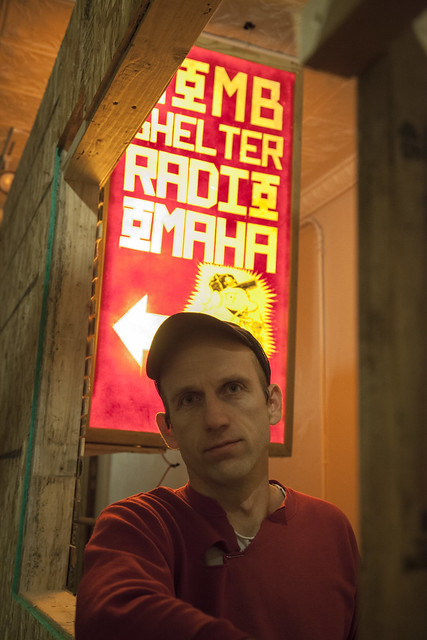 Short says he believes Milk Run is a part of this “cultural thrust” in punk music, not only because of its DIY ethos and dedication to an all-ages space, but also for the gallery next door purposed for artists who create visual art and make music.

“When an art can transcend itself, that’s what I really like about going to a show,” Short says. “That engagement of a musician, like a really good punk show where people lose their shit, that is when an art is doing something. It’s moving the crowd so you have this feedback. It becomes this exchange.”

Short’s amity with music also inspires his residency work at the Bemis Center for Contemporary Arts. He says he creates “weird soundscapes” and arranges old 45s to create his industrial music. To accompany his talent for construction, he’s building an old boom box out of poured concrete. Finally, he is embroidering the likenesses of radio personalities like Wolfman Jack and Jocko Henderson on a throw pillow for Bomb Shelter Radio Omaha.

“I’ve channeled a lot of the energy I wanted to do at the Bemis into this, so it feels good,” Short says. “I’m getting some of that weird stuff out there.”

Check out Short’s other work here.

After signing to Saddle Creek last month, Brooklyn based indie rock quartet Big Thief has announced its debut full-length. Masterpiece drops May 27 via the Omaha label.

The band released the second single from its forthcoming record yesterday via Noisey. “Real Love” gently meanders through vocalist Adrianne Lenker’s stream of consciousness until it explodes in the final minute.

Listen to “Real Love” and read a Q&A with the band here.

As the election season heats up, one Lincoln punk rock band is speaking out.

Once A Pawn has released two politically-charged tracks blasting wage and marriage inequality. Both were recorded in January at guitarist Eric Scriven’s Omaha residence. Scriven also produced, mixed and mastered the tracks.

The first track, “Minimum Wage,” features a sound clip intro of Senator and Democratic presidential hopeful Bernie Sanders (D-Vt.) speaking out against wealth inequality. The song itself is roaring and riff-heavy as vocalist/drummer C Balta echoes Sanders’ speech. “Enough” expresses frustration at the back and forth over state marriage laws and the ongoing fight for equality.

“Being a member of the LGBT community I have dealt with hate and ignorance my entire life, and the feeling of acceptance overcome by the feeling of defeat by hate once again was devastating to me and our community,” Balta says.

Listen to “Minimum Wage” and “Enough” below:

Dylan the Man: ‘Dont Look Back’ at Film Streams

When I first saw D.A. Pennebaker’s 1967 documentary Dont Look Back, I was about 19 years old and Bob Dylan made up roughly 75% of what I cared about in life. So the prospect of this movie – a grainy, ambling, up-close-and-personal document of a few days on tour – felt electrifyingly rare and surreal. But rather than demystify him for me, I remember the film left me feeling that I somehow now knew less, that the distance between the music I was living with and the guy I saw on screen seemed greater than I’d expected.

This Dylan came across to me as petty, bored, even sort of casually malicious. My cherished Minnesota sage appeared to have been replaced by a skilled and experienced social performer, someone who seemed rarely inhibited but always on guard, and completely self-aware. In short, he seemed, to this hero-worshipping kid, too human.

But then, in the middle of a crowded and smoky hotel suite, this “human” begins to play “It’s All Over Now, Baby Blue”…

Dont Look Back (Pennebaker omitted the apostrophe deliberately) finds Bob Dylan touring in England in 1965, shortly after the appearance of his transformative single “Subterranean Homesick Blues”, and just before releasing Bringing it all Back Home and Highway 61 Revisited, two loud, bluesy albums that would end up defining the exploratory nature of his next forty-odd years, and alienating many of the young fans we see throughout this film. There are a handful of performance clips, of Bob alone under a spotlight in a cavernous, ink-black room, banging out jangling renditions of “The Lonesome Death of Hattie Carrol” or “Don’t Think Twice, Its All Right”. But much of the movie takes place in a haze of cigarette smoke backstage, in hotel rooms, amidst surging crowds or crammed into the backseats of cars.

Alan Price (who had just recently left The Animals) and musician Bob Neuwirth figure prominently in the background, as does folk/protest icon Joan Baez. Dylan’s hulking and somber manager Alan Grossman, easily one of the most memorable personalities on screen, is a constant presence as well, maybe most memorably in an extended scene where he calmly but relentlessly negotiates a TV deal.

Like a handful of other documentaries from the period that united singular artists from different media (i.e., David and Albert Maysles’ The Beatles First US Visit and Gimme Shelter, Pennebaker’s own Monterey Pop, Martin Scorsese’s The Last Waltz later on), Dont Look Back keeps as much of a place in the history of American movies as American music. A filmmaker aligned with the loosely defined cinéma vérité school, Pennebaker was perhaps best known previously for his work on a series of television films that followed JFK from the primaries to the White House. Pennebaker’s movies, the similarly influential work of the Maysles brothers, and even Richard Lester’s scripted A Hard Day’s Night, all share the loose and rough-edged style that went on to visually define the era in which it emerged.

In one of Dont Look Back‘s most famous scenes, Dylan appears to let loose a tour’s worth of pent up frustration on an unsuspecting Time magazine reporter and his well-intentioned but senseless questions. The rhetorical loops in which he traps this reporter don’t always entirely make sense, and Dylan seems to realize this on some level. To the point where, as the scene progresses, it becomes increasingly clear that actually trying to communicate with this interviewer seems less important to Dylan than graphically underlining their inability to. Which makes him come off as a little arrogant, but also basically correct.

What I knew when I first discovered the film, but couldn’t really understand until now, was that while the Dylan we see here truly was a preternatural talent and an avatar for a huge cultural upheaval, he was also only 24-years-old. And though he was likely already used to hearing himself praised hyperbolically, here he’s clearly still figuring out how to self-preserve while navigating all the pressure and banality that comes with such attention.

Dylan himself describes this stress most succinctly when, after reading a particularly trite tabloid profile of himself, he mumbles, “I’m glad I’m not me”.

HN contributor Cruise Curtis was at Slowdown last night, snapping photos of Foxing, Lymbyc Systym, Tancred and Adjy in the venue’s front room. St. Louis-based Foxing tours in support of its October sophomore LP Dealer. Tancred will release an LP of its own, Out Of The Garden, April 1 on Polyvinyl Records. 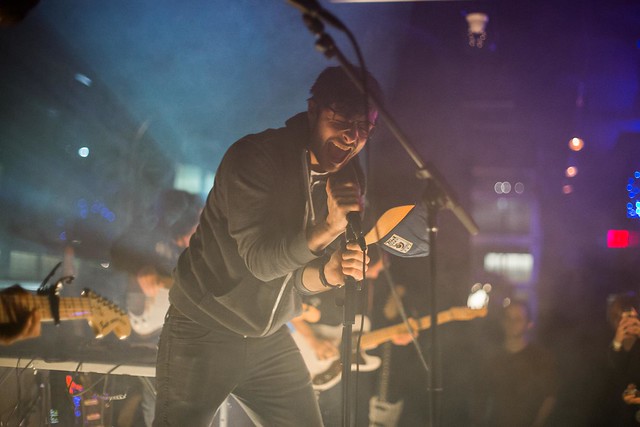 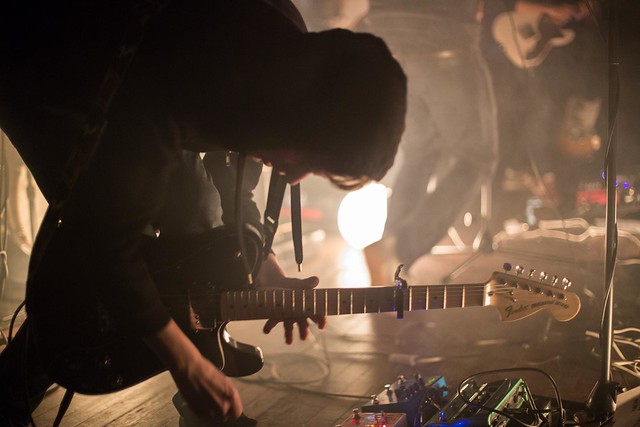 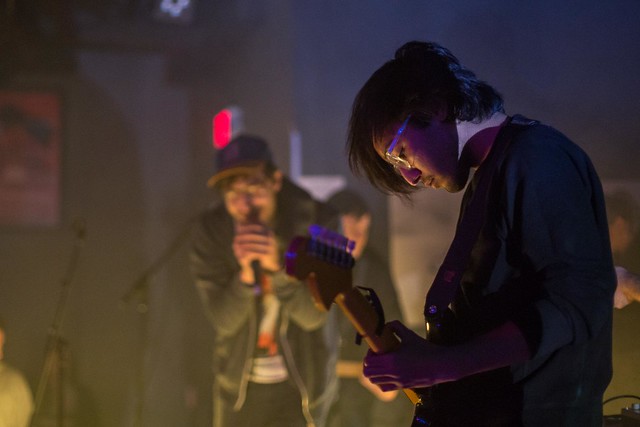 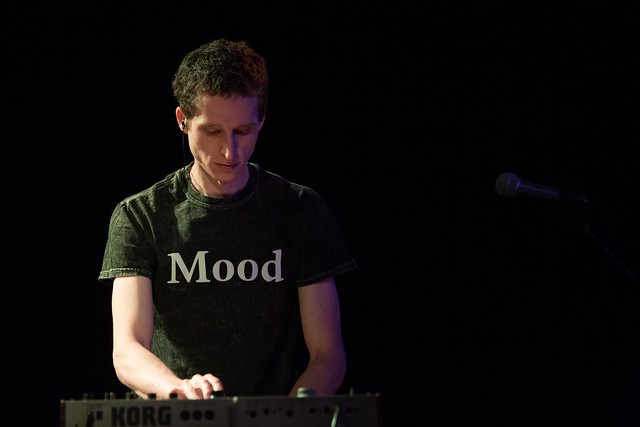 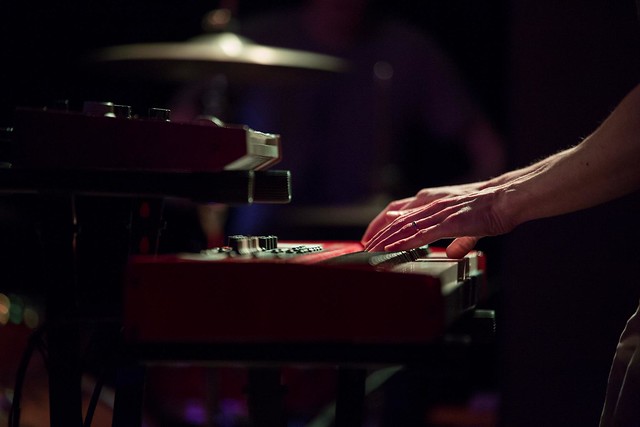 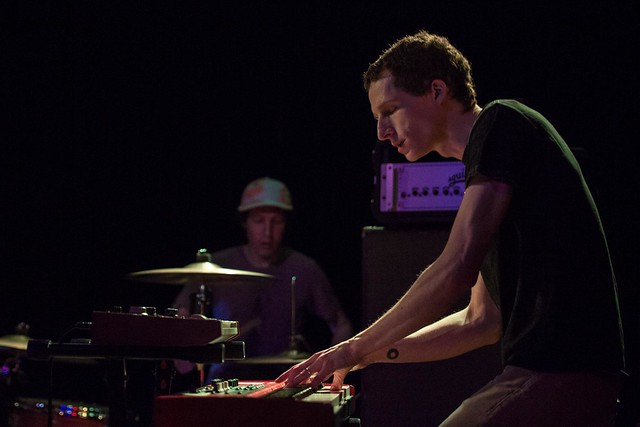 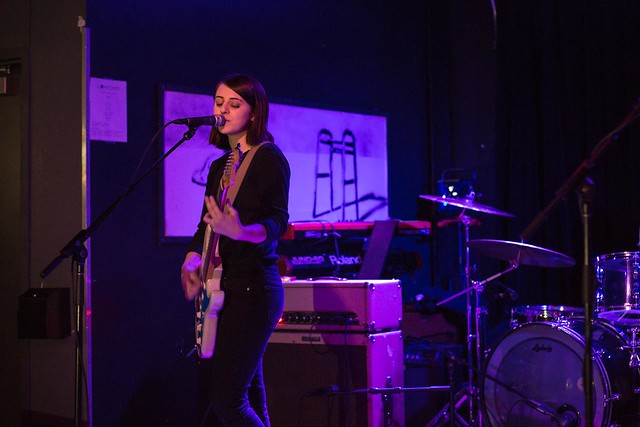 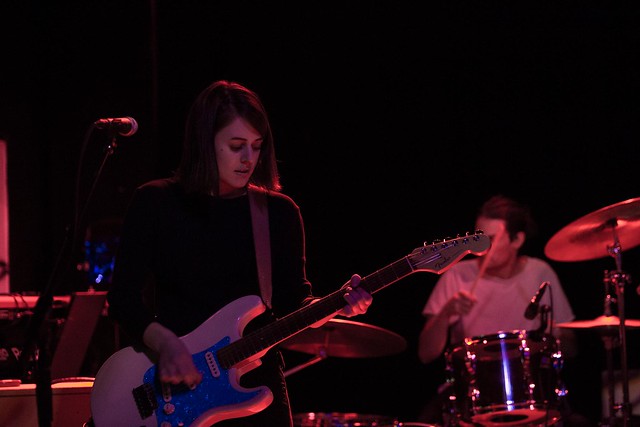 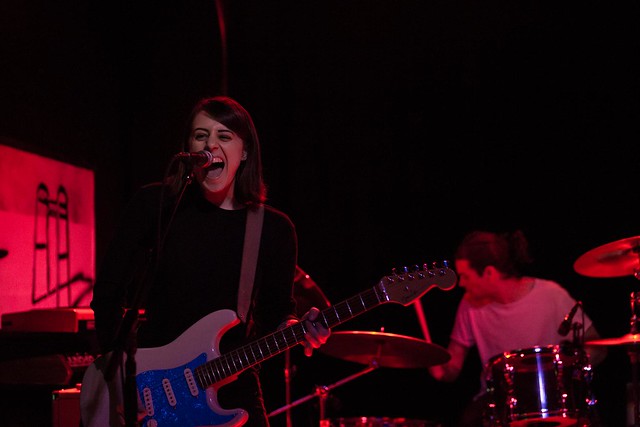 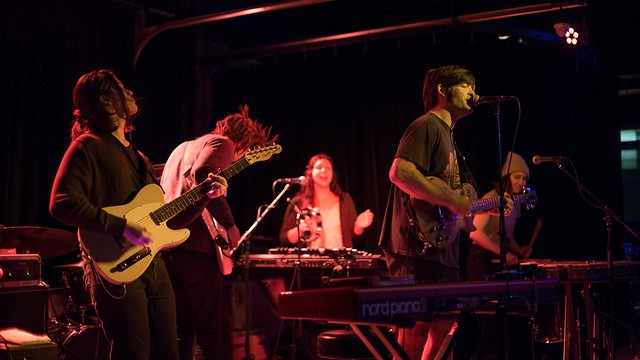 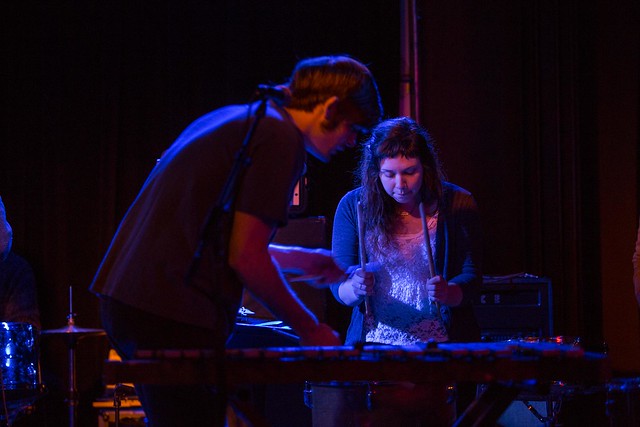 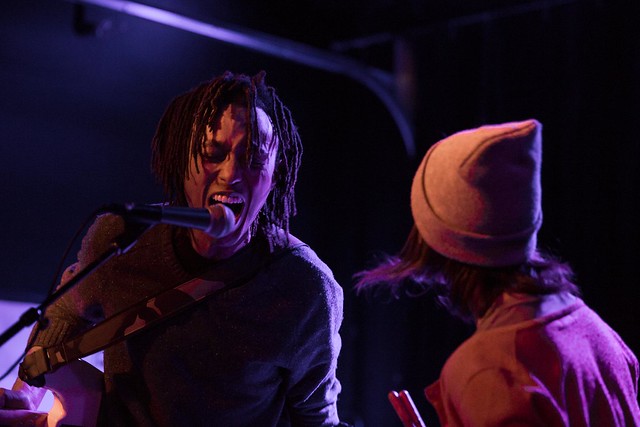 There is a vast menu of local shows this weekend. Find a full listing on our statewide calendar at hearnebraska.org/events. If you do not see your show or one you plan to attend, let us know in the comments, add it yourself here or email us at news@hearnebraska.org. And keep those story ideas, song submissions and news tips coming.