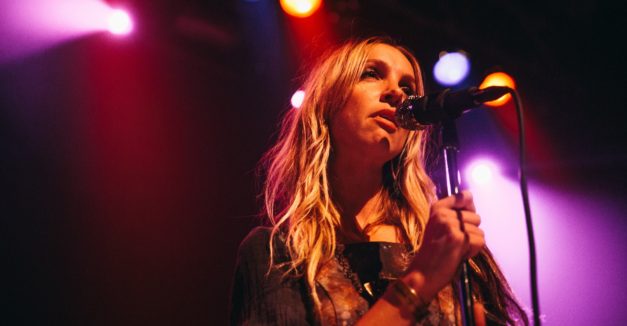 Soul singer and Lincoln Calling headliner Charles Bradley has been diagnosed with stomach cancer, according to a statement posted to his Facebook page Tuesday. It has forced the singer to cancel all remaining tour dates, including Lincoln Calling.

The 67-year-old soul singer spoke through the statement yesterday, appearing determined to brave the disease.

“I’m getting the best medical care and we are all extremely optimistic. I will fight through this like I’ve fought through the many other obstacles in my life.

My upcoming tour dates will be postponed so I can concentrate on healing.

Thank you all for understanding. Music is how I share my love with the world, and the love that my fans have given back brings me so much joy. I look forward to seeing your gorgeous faces soon, and to continue to share my love through music.”

The diagnosis reveals the apparent cause of Bradley’s recent health problems, which have forced he and his band The Extraordinaires to cancel a handful of recent tour dates. The band had been touring for much of 2016 in support of his latest album Changes, which dropped earlier this year on Daptone Records.

We wish Bradley the best as he prepares for treatment and hope for his speedy recovery.

In the wake of yesterday’s terrible news of Charles Bradley’s health, we are pleased to announce The Mynabirds have filled his Lincoln Calling spot on short notice.

The Mynabirds released its third full-length album Lovers Know last Aug. 7 on Saddle Creek Records. Burhenn sings as powerfully, emotionally and confidently as ever on an album that explores electronic and atmospheric territory.

Former Lincoln resident and Sideshow bassist/vocalist Bernie McGinn returns to the capital city Saturday to talk about the 20-year run of Caulfield Records, the independent label he started to release the band’s own records.

McGinn chatted about the label’s modest beginning and his Lincoln Calling workshop with the Lincoln Journal Star. The feature, which runs today, previews the talk McGinn will give Saturday as part of festival workshop series that includes independent artist promotion and gender inclusivity (find more details here).

The early ‘80’s were a thriving time for the Lincoln punk scene, filled with bands like The Click, Progrom, The Sacred Cows, Wargasm and Ex Machina. Capitol Punishment was there to cover it all in its regular zine, written and published from within the scene by Bill and Jim Jones.

The zine, which ran from 1980 to 1984, also compiled a semi-regular local compilation via cassette tape. This weekend, the Jones’ resurrect their most seminal edition.

Capitol Punishment will re-release The Hate Tape via CD this Friday at Parrish Studios during the art studio’s First Friday event. The 1982 Lincoln punk reissue tape feature the DK’ed Willies, S.T.A.B, Me and Joel and Mary Anderson’s Jello Stretchmarks, plus bonus tracks by The Youngsters, The End and Spastic Apes.

“Those guys, they’re straight up the reason why I was playing music,” Caulfield Records’ Bernie McGinn told the Journal Star yesterday. “They were putting on all-ages show and encouraging anybody who was willing to pick up an instrument and get on stage. It was huge.”

In 2009, the zine published a print compilation of its entire catalogue. Read more about it here, and find more details on Friday’s show here.

In classic guerilla style, Lincoln emcee Sleep Sinatra has dropped a new EP, I’m Not Even There, just six months after his latest full-length Vibranium.

The EP is a quick collection of leftover tracks with a rotating cast of guest producers. Regular collaborators ICHIBANHASHFACE and M.O.D. each take a turn, while Observant has the first two tracks.

Listen to I’m Not Even There below:

Find a list of tonight’s shows — including Allen Stone at The Bourbon and Jay Arner and Routine Escorts at Reverb Lounge — at our statewide calendar here. Send all news tips, story ideas and HN Radio song submissions to news@hearnebraska.org