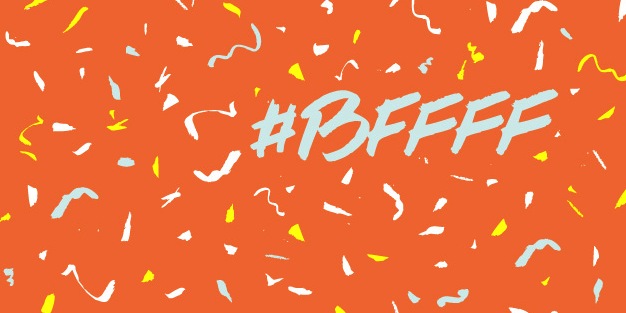 For a second year, Benson’s September First Friday will highlight the music community’s strong female presence in a neighborhood-wide festival.

Benson First Friday Femme Fest released the finalized lineup for its Friday, Sept. 2 extravaganza. In all, eight Benson venues will stage 58 acts, all including at least one woman member.

One of the largest Benson events last year, Femme Fest expands from seven to eight venues in 2016, adding Soundcheck Rehearsal Studio to a list that includes The Waiting Room Lounge, Reverb Lounge, Barley Street Tavern, Petshop, Burke’s Pub, Pizza Shoppe Collective and The Sydney. Though time slots are still being finalized, founder/organizer Rebecca Lowry says with roughly 7-8 acts per venue, sets will likely begin at 5 p.m. and end around 2 a.m.

Go to a show this weekend. They are many. Find a fuller listing at our statewide calendar here, and let us know what we missed in the comments or via email at news@hearnebraska.org. Add events by visiting our Contribute page here.

Tara Vaughan record release with Miwi La Lupa at The Waiting Room – the Omaha singer/songwriter celebrates the release of her darker, deeper sophomore LP Dandelion Wine. Read our Q&A with Vaughan in which she talks relationship blame, boy-bands and her stint in a traveling Beatles cover band. Miwi La Lupa opens the show. Tickets are $10, RSVP here.

Lodgings record release with Sun-Less Trio, Eric In Outerspace, the Morbs at Milk Run – the Bryce Hotz-led garage rock group releases its debut self-titled LP tomorrow night at Milk Run. Get to know the band, its experienced cast and its live sound with our early-week live video and Q&A feature here. Cover is $7, music starts at 9:30 p.m. RSVP here.

Mad Dog & the 20/20s CD release at The Bourbon – the Lincoln ska-punk band releases its own debut EP Shelf Life tomorrow night at The Bourbon. The group has been together for less than a year, already carving out a local following. Our Gabriella Parsons caught up with frontperson Madeline Christensen and company prior to its Lincoln Exposed appearance. Read the interview here. The Killigans, Risky Clique and The Bishops round out the bill. Tickets are $5 today, $8 tomorrow. RSVP here.

Remember to send all story ideas, news tips, song submissions and other band news to news@hearnebraska.org. Have a great weekend.