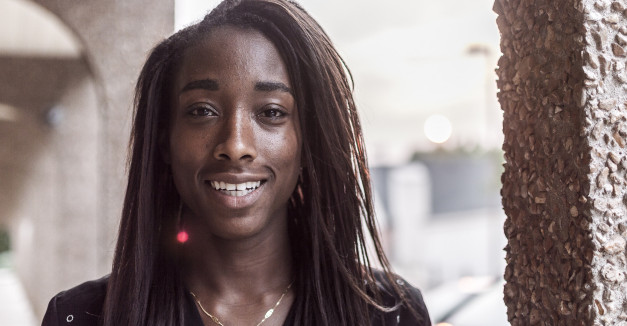 If you subscribe to the theory of starting out a music career or journey EP-first, then that collection of five or six songs likely does a few things.

Instead of the grand, narrative quality of an album, an EP is a toolkit, a showcase for what that artist can do at full bore. It probably gives a few different genre looks, demonstrates what’s in the artist’s arsenal, puts out the best and catchiest of their early writing and, most importantly, puts the audience on notice.

CJ Mills’ Quiet is a prime synthesis of all those qualities with songs that trumpet a newly recorded Nebraska artist: one with some spitfire, some modesty and some earnest lovesickness. There’s a fastball of a soul voice and plenty of breaking pitches that include rapping interludes, syncopated left-handed guitar work and some keen production wrinkles from Lucas Kellison.

On the EP, Mills’ vocals are clear and sinewy, somersaulting up and down her register, robust enough for ballards, skittish enough to marry a little rapping with a little jazz singing in the same song.

It’s hardly a revelation that hip-hop and soul music can live under the same roof, but Mills’ songs see the two almost biologically intertwined. The gamesmanship of her emceeing moments is made brighter and more honest the syncopated funk happening around.

As a record, it’s perhaps the ideal level of busyness, too. In a nearly every song — most endowed with a beat, a bass, voice and guitar — there’s room for a six-piece soul band, perhaps to come. But it’s hardly a dry first effort. Mills’ arrangements are snappy and tight, with joint-twisting grooves that her voice will blow up as soon as it appears.

You can see her at Friday ZooFest with Josh Hoyer and Shadowboxers, and she physically releases her EP at Harney Street on Aug. 7.

But right now, she joins us live on HNFM:

Listen to the rest of the show here: