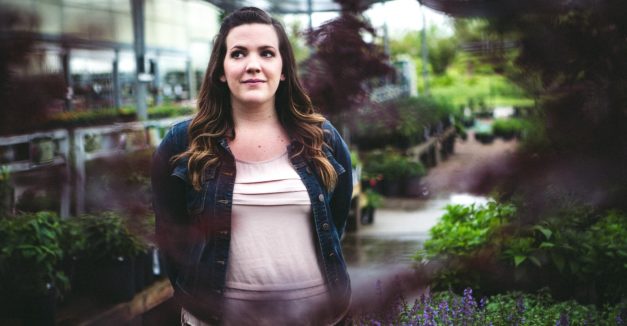 After listening to the whole of Tara Vaughan’s Dandelion Wine, the release of the video for “Honeybee” feels like a bit of a mislead. The vibraphone, the Paul Simon “You Can Call Me Al” guitar riff and Vaughan’s tip-of-the-tongue whisper of a voice bring certain expectations of perhaps a summer-appropriate release. “Honeybee,” on it’s own, brings to mind the summer vibes of Vampire Weekend or Lot Walks’ 2015 album Santa Molly

The video hits one thing on the nose, for sure. The Bonnie-and-Clyde romantic tragedy is wildly reflective of Vaughan’s lyricism. Her songs are full of the kind of clear-cut imagery and gut-honest storytelling that might play out just as well on screen as they do coming from a speaker.

In the context of the full album, Dandelion Wine’s sparse instrumentation and heavier themes seem to lend more to those earlier parts of Spring — to the kind of introspection that the stretching days bring — where the sun sticks around longer, but your breath still hangs in the air.

It has been five years since Better Versions, Tara Vaughan’s first full-length piano pop album. She has spent the last few years squirreling away half of the album’s songs in an attic bedroom like nuts. She’s been on and off the road for her day job with Billy McGuigan’s traveling Beatles tribute shows, writing and shaping a few more songs on foreign pianos to become her latest.

I sat down with Tara over a beer at O’Leaver’s and asked her a few questions about the album.

Hear Nebraska: So tell me about recording.

Tara Vaughan: I’m kinda big into fate…fortuitous circumstances. Nothing was hitting me over the head like it was supposed to happen. I don’t want to say too much or too little — there are people in Omaha I would die to work with, you know what I mean? It wasn’t like I was trying to get out of Omaha or anything. I was just waiting for something to hit me over the head.

Well, Matthew (McGuigan) and I had been working together when he joined my band and I knew he had something to add to the equation, but I didn’t know what. Eventually, he pulled me aside to divulge to me that he was in a boy band. Like, early 2000s, with purple, spiky hair boy band, performing around at local Omaha high schools. At some point, some woman pays to have them go record with Joe Pisapia (Guster, k.d. Lang and the Siss Boom Bang). So they go to Nashville to record for a month or two. I’ve heard it. It’s as awesomely horrific, or horrifically awesome as you’d expect, but it only exists in dreams…or in my car stereo. Anyway, the whole thing falls apart, but Matthew ends up staying in touch with Joe and tells me, “I have to take you to Joe Pisapia.”

And that was enough of a hit me over the head circumstance. We recorded at Middletree Studio in Nashville with Joe Pisapia.

HN: Who ended up recording with you?

TV: Of course Matthew, who played bass–and guitar on one song. And Rich Miller who plays drums in my band now. I played piano and sang. And Joe played guitar and sang some backups, too. [pauses] Are you still thinking of the boy band thing? Give that a moment to sink in. 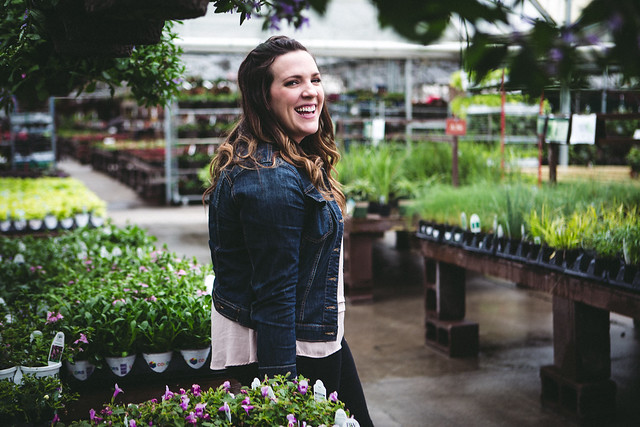 HN: It’s just so good. God, that’s such a good story. So how much influence would you say playing in Yesterday & Today has influenced your songwriting or your composing? “Dandelion Wine” and “Wolf In Cheap Clothing,” especially, seem — in spite of my limited knowledge of The Beatles — to follow Beatles progressions.

TV: You know what’s funny? I wrote those two songs before I was in the band. Before I was doing that for a job. “TV Vampire Teen,” “Antonio,” and “Gotta Get Myself Right” are the newest songs on the album. I remember the piano in this haunted old Opera House as I was finalizing “Antonio.” A spider crawled across my hand and I didn’t know if it was good or bad. Still don’t know. The others, I think I mostly wrote before I even started that job. You were there.

HN: Yeah, I have a bootleg of the first time you played “Stay By Me Love.”

TV: Yeah. That was at the Slowdown. At the same time, I’ve liked The Beatles since I was two years old. If there was any band that people were gonna say I was gonna sound like, that’s not the worst.

HN: A lot of these songs seems to follow the theme that “maybe he’s the demon, but maybe it’s me.” Who was it? Because it seems like specifically the way you put the songs in the order that they are, it tells this story as this waffley thing where it could be him, it could be me…

TV: That’s deep! I’m really excited you picked up on that. I mean, it’s not super dense stuff, but that’s absolutely the theme of it. I only write about what I know, and those songs are about different relationships. There are different songs that aren’t necessarily about romantic relationships, but relationships are just the context I write in. It’s like the whole theme of it is, “Welp. Sometimes you’re the one getting shit on and sometimes you’re the one doing the shitting.” And it’s just like that in any situation. Anyone could be the good guy or the bad guy on any different day.

HN: If you can follow a storyline, I like where you put “Stay By Me Love.” It feels like it’s in a place where once you’ve finally said your piece, made your last plea, you get up off the floor, dust yourself off, and say, “okay, let’s move on,” and “Apple Tree” is like this whole new, fresh, happy beginning.

TV: It wasn’t even supposed to come across like that, but I’m glad that it did. When I hear the songs, I think about the people they’re about. And if I would want anything, I would want people to click the link and listen, ‘cause that’s cool as fuck. But to go deeper than that and find your own meaning? Fuck yeah, that’s really cool.

TV: There was a musician traveling through Barley Street Tavern and he mentioned dandelion wine in a song…and I had never heard of it before. I, as you may have recognized from having met me, tend to get a little floaty and idealize kooky romantic…

HN: Like, in Better Versions, you compare love to A Nightmare Before Christmas.

HN: On Dandelion Wine, you’ve grown up a little and here we’ve got “TV Vampire Teen.”

TV: Yes! I totally didn’t think of that till now, but that’s totally the same thing as “Till Death” off Better Versions. Where you’re like– Where whatever your ideal relationship is, which to me is this kooky thing. Like for me it’s this little house, and it’s leaning to one side, and it’s a mix of Jack White and Taylor Hanson and Johnny Depp in Edward Scissorhands–

So, like everyone, I have a tendency not to appreciate things for what they are, but to devalue them against this ideal. It’s just, my life was just supposed to be weirder. I just want everything to be weirder.

Rebecca Lowry fronts All Young Girls Are Machine Guns and is a Hear Nebraska contributor. Reach her through HN’s managing editor at andrews@hearnebraska.org