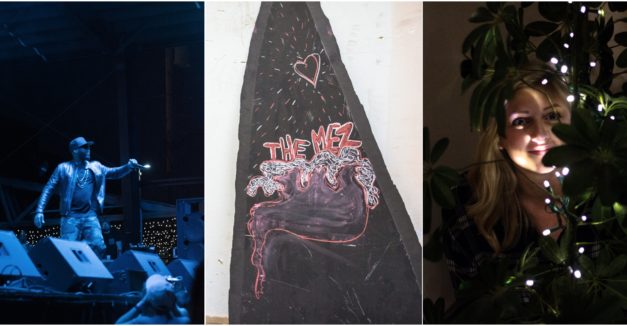 This weekend, an emerging music festival will attempt to put its stamp on Nebraska music, with two huge legacy hip-hop acts and a slew of talented local hip-hop, jazz, funk and R&B artists.

Talib Kweli and Rakim come to Omaha for this Saturday’s New Generation Music Festival at Stinson Park, as part of the Paid In Full 30th anniversary. They’ll be joined by the likes of Satchel Grande, Rothsteen, Jocelyn, The Dilla Kids and more. The kicker: this festival is free.

The Dilla Kids, Omaha emcees Xoboi and Marcey Yates, stopped by the KZUM studio Monday for Hear Nebraska FM, and chatted about the festival’s prospects and what it’s like to make things happen for hip-hop in Nebraska (Yates is part of the NGMF team). They also performed a few tracks; listen to the full audio here.

Music starts at 1 p.m. on the big Stinson Park stage. See the schedule below and RSVP here.

In a bit of unfortunate news, Lincoln DIY venue The Mez will close its doors effective Thursday, it has announced via Facebook. The space, located in a downtown loft near 17th & O, opened on Feb. 14, serving visual art, local music and theater productions.

The Mez co-owner Joelle Wellansa tells HN the decision to close involved a few factors, most notably the time and energy it takes to run such a space. She and fellow venue runner (and former HN intern) Gabriella Parsons also noted their desire to pursue other scholastic and artistic endeavors.

During its seven-month existence, The Mez aimed to foster multi-disciplinary artistic collaboration, hosting several intimate concerts, First Friday showings and even a small theater run of locally-produced Rock Island Blues. Wellansa says she has been inspired by what they were able to accomplish, and hopes that spirit lives on in her own work and in the community.

The Mez is the latest DIY venue to close in what seems to be an ongoing trend. Omaha DIY venue Milk Run was just removed from its second physical space after a miscommunication with management. Last year, Church DIY shuttered due to zoning restrictions. While The Mez’s situation is different — they are closing by choice — their statement acknowledges the difficult environment in which such places exist.

“While we are saddened to see that the closing of DIY spaces has been somewhat of a norm, we are grateful for all of the experiences we have had because of The Mez,” the statement read. “We can’t thank you enough for all you’ve done to help make spaces like this possible. Let’s all keep supporting each other and getting involved with our community.”

Any creative will tell you to hope for the big bangs but expect the slow burns in terms of recognition. Sometimes, though, small surprises can create those out-of-this-world moments. In Lincoln singer/songwriter Andrea von Kampen’s case, it was waking up to an email informing her that her tender, dynamic vocals and intimate storytelling had led her to be selected as a finalist in NPR’s 2016 Tiny Desk concert series. Von Kampen’s work bridges together universal themes and Midwestern sincerity forming a cozy listening space for an array of audiences. Her latest album, Desdemona, was released in December of 2016.

“I like that I can play for almost any audience and someone will connect with what I’m playing,” von Kampen said of her recent touring.

Before taking the stage at this week’s Hear Lincoln concert  at Tower Square (RSVP here), Andrea spoke to HN about her newest music video, inspirations behind her writing style and exciting updates in her music career.

Hear Nebraska: Although avid music fans in Nebraska were keen on you already, you gained national attention after your 2016 Tiny Desk submission reached the top 10. You’ve mentioned in past HN interviews that the experience felt like a dream. What has been a moment, since then, that has given you that same feeling in relation to your music?

Andrea von Kampen: A similar feeling has probably been hitting 1.5 million streams on Spotify for my song “Trainsong.” Knowing that so many people from all over the world have listened to that song is unreal. 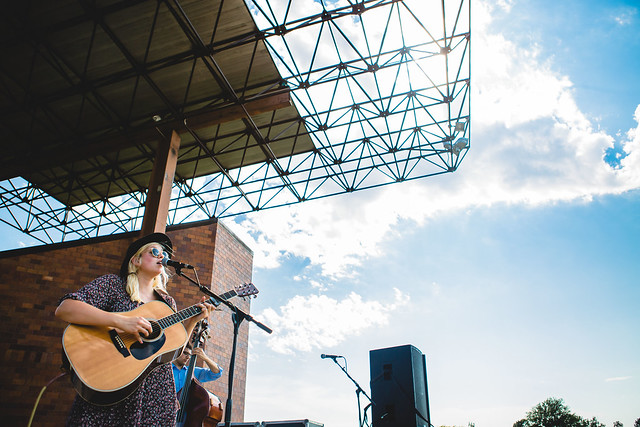 HN: Your music feels very rooted in your interactions with the people around you. While touring what have been some of the biggest things you see in your audiences as you go from place to place?

HN: On the note of personal relationships, your most recent video release, “Let Me Down Easy” consists of a fictional visual narrative, but is also spliced together with slivers of home videos. What was the construction for this video like and why did you choose to include those memories?

AvK: That creative choice for the video was made by the filmmaker, Carter Knopick. To be honest, I’m not even sure where those home videos came from, none of those videos were my own personal home videos. We had a meeting or two about the vision of the video and then I kind of placed the creative decisions in Carter’s hands and fully trusted him. I think the home videos bring a nice nostalgia to the song.

HN: Being vulnerable in any art form can be a little uncomfortable, especially when people who are close to you are involved in the project. How do you approach writing about these topics?

AvK: Most of the topics I write about are universal feelings: breaking up with someone, loss, feeling displaced, being in love. I pull a lot of my inspiration from what I read and fictional characters and then try to relate it to my own life. I’ve always been obsessed with stories and strong characters. For instance, my song “Desdemona” was written about the main female character from the play Othello. I think I was drawn to the intense relationship Desdemona and Othello share when I wrote that one.

HN: You’ve taught both vocal music and guitar to students for awhile. Why do you think music study is important at a young age, even if one might not be pursuing it professionally?

AvK: Even if my students don’t become professional musicians, I hope that I can facilitate a love and appreciation for music through teaching. 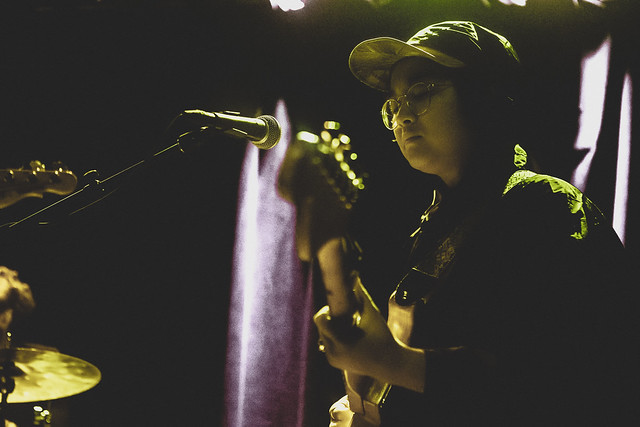 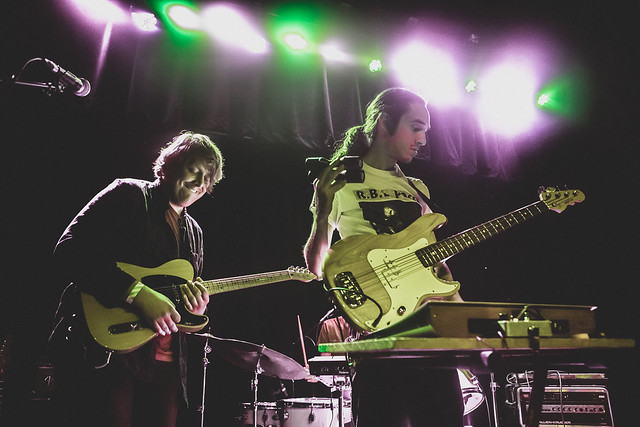 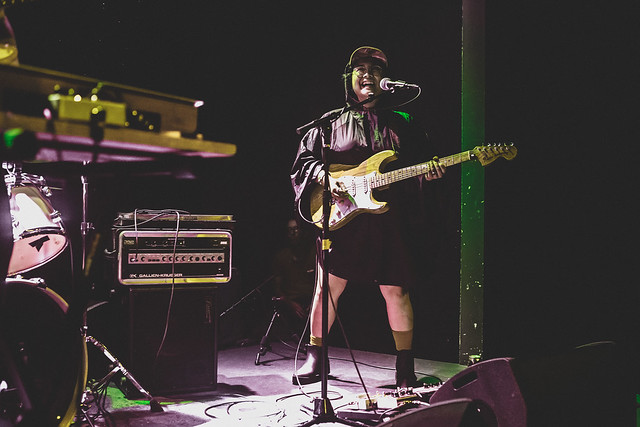 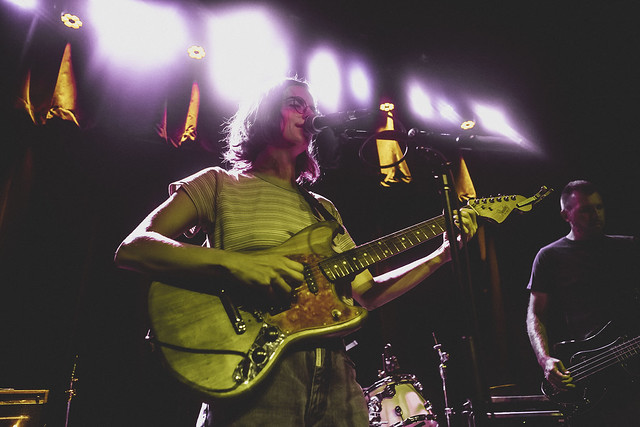 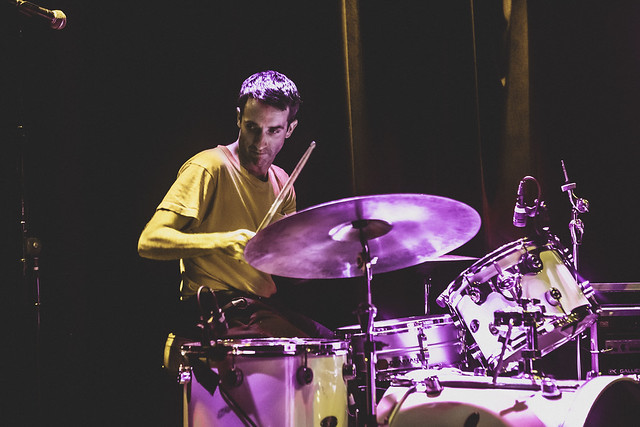 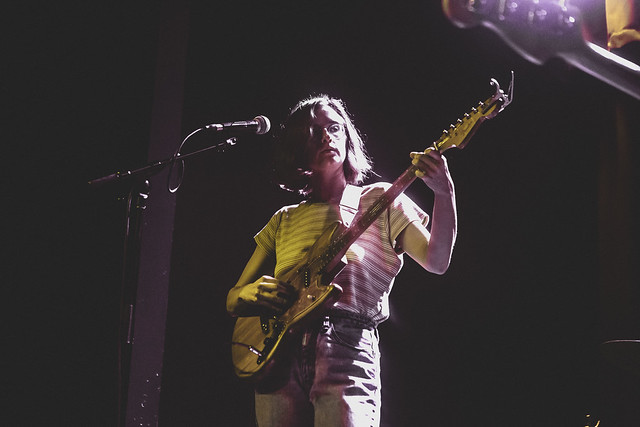 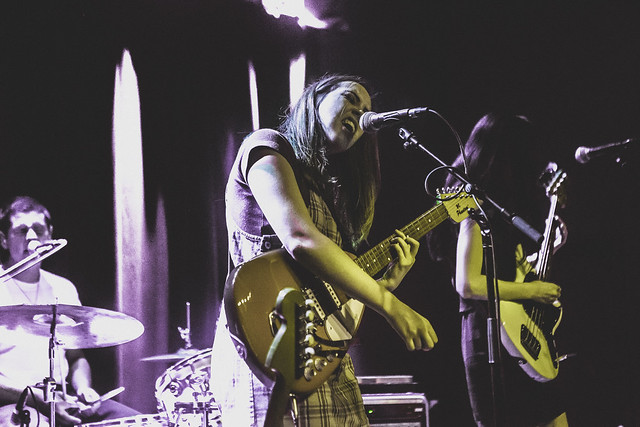 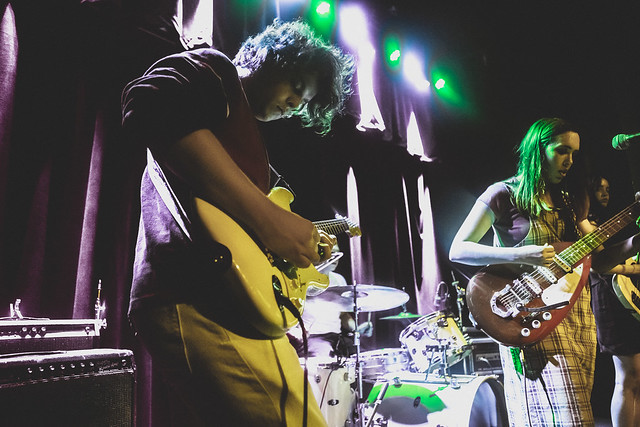 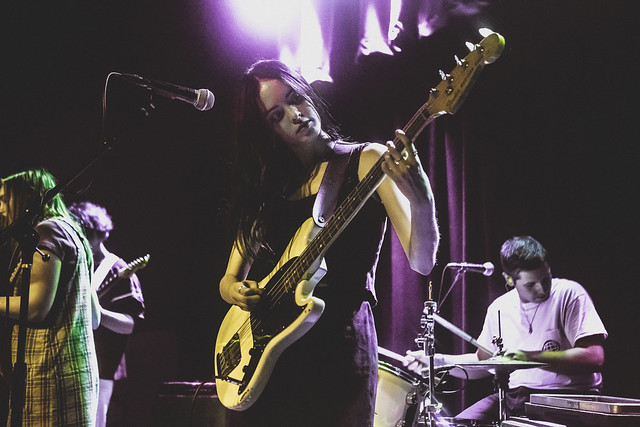 This is it for news this week, so we’re running through what looks to be a loaded weekend of shows — many of them absolutely free.

DIO Fest at The Bay – Four days of music and community learning kick off tonight at The Bay, with several workshops, local and national musical acts and intriguing, relevant panel topics. And heck, it’s all free. Full Thursday-through-Sunday schedule pictured below; RSVP here.

The event will begin at the Fair Deal Cafe. Show starts at 7 p.m., doors open at 6 p.m. for anyone wanting to eat dinner prior to the event. Guests will proceed to the Union at 7:30 p.m., then to Love’s Jazz at 8 p.m. At 8:30 p.m. guests are invited to the Rocket Kanteen for music and dessert. The ticket price does not include dinner, but does include all entertainment at each venue and dessert at the Rocket Kanteen. General admission price is $10. Student tickets are $5. Tickets available for purchase online here or at the door.

Tennis, Shannon & the Clams & more at Farnam Fest – Farnam Festival is back Omaha’s Blackstone District. Indie/yacht rock band Tennis headlines, with Shannon & the Clams, White Mystery, Yes You Are, High Up, Miwi La Lupa and Both all playing throughout the day. Timmy Williams of IFC’s Whitest Kids U Know fame hosts. The day kicks off at 9 a.m. with a morning market, which runs right up until music starts at 3 p.m. Sports fans have no excuse to miss it, as the fest will show The Football Game on a big LED screen. AND YO this is entirely free to attend. Set times below; RSVP here.

Enjoli & Friends at The Waiting Room – Enjoli slayed at this venue during Benson First Friday Femme Fest’s first night. The Omaha vocalist’s positive energy and engaging stage presence made for one of the fest’s best performances and has her poised to blow up going forward. Do yourself a favor. 9 p.m. $10 advance/$15 at the door. RSVP here.

Find a fuller listing of future shows at hearnebraska.org/events. Add more by using the contribute feature here or by emailing news@hearnebraska.org.