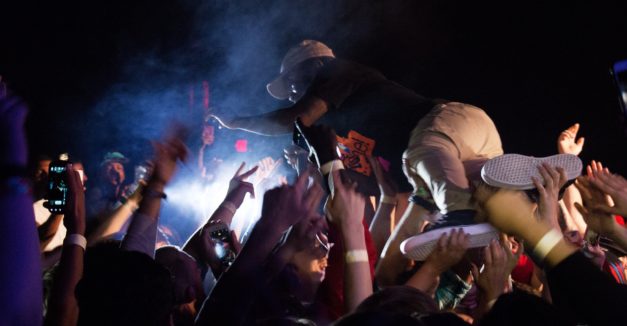 Photos of Dizzy Wright, Mark Battles, Hakim and more at The Bourbon

HN news coverage kicks off with photo coverage from a stacked regional hip-hop billing at The Bourbon.

HN multimedia intern Tarah Dawdy shot the show, which was headlined by Las Vegas rapper Dizzy Wright, and which featured Lincoln rapper Hakim along with Mark Battles, Audio Push, Demrik and T Dubz. Hakim put out a mixtape, Young Drifter, this past summer and will play a string of upcoming shows including tomorrow night at Vega with AZP, Both and A Ferocious Jungle Cat (RSVP here).

As for Dizzy Wright, the emcee continues on his “Still Movin’” tour in support of a pair of 2016 releases, Wisdom and Good Vibes and The 702 EP. 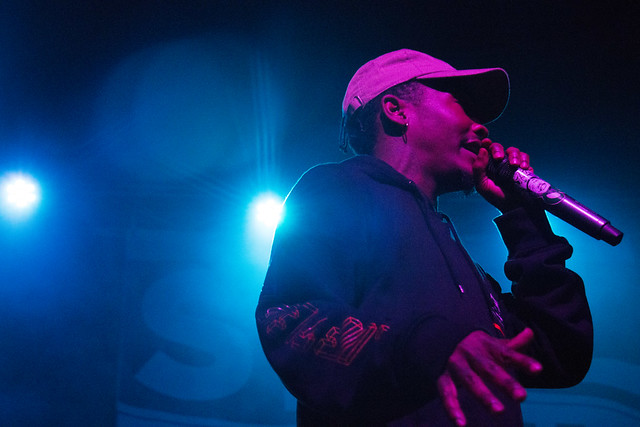 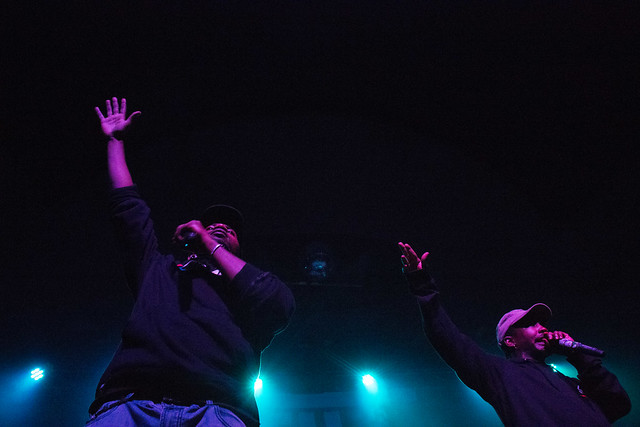 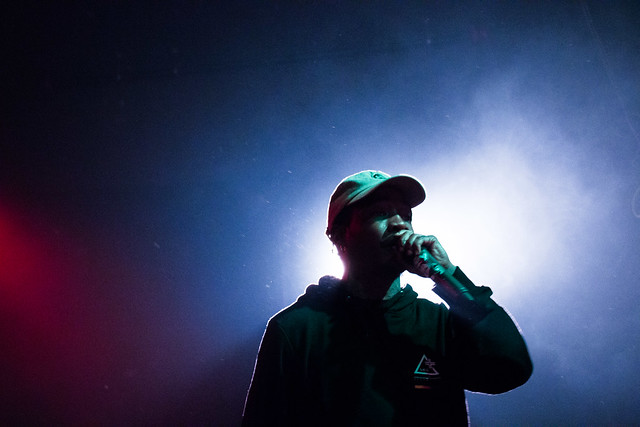 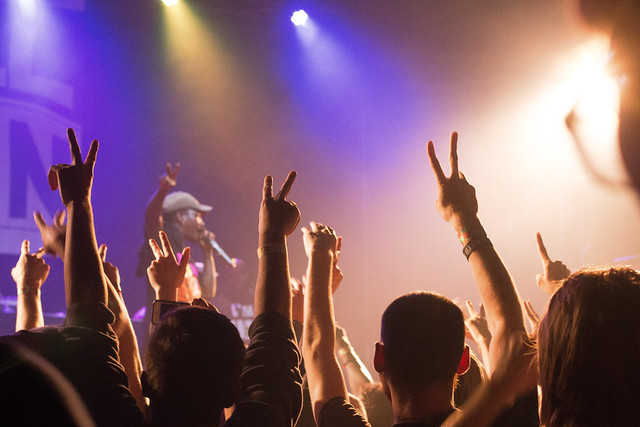 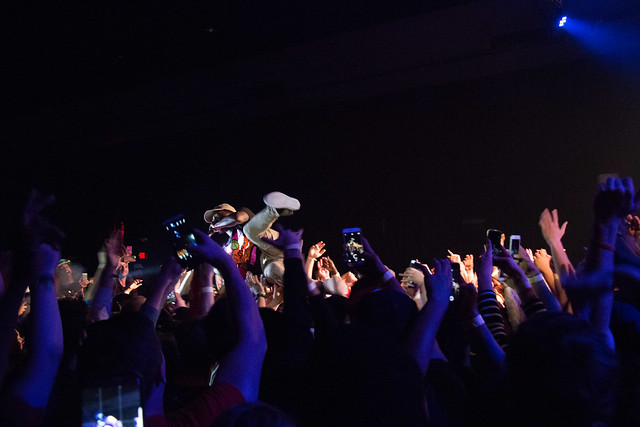 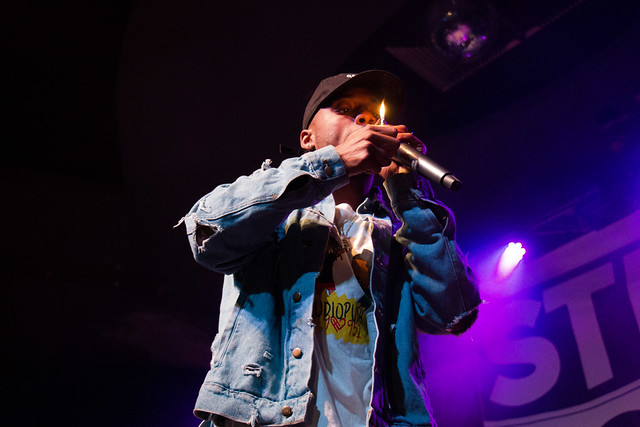 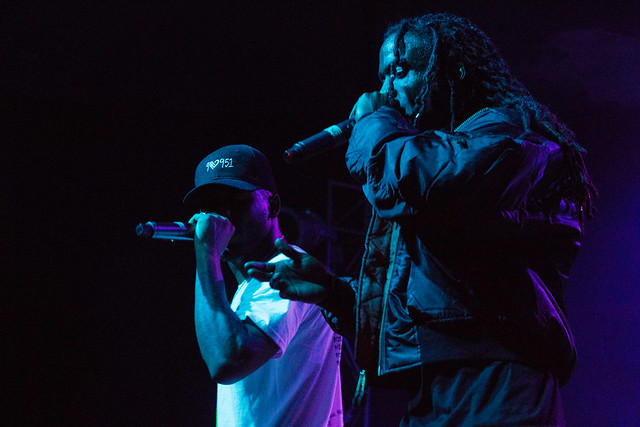 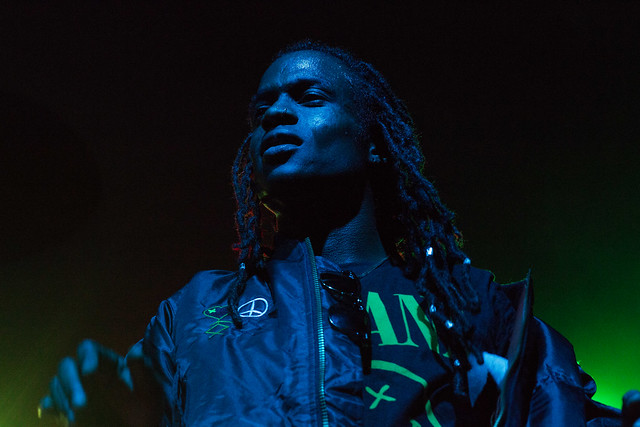 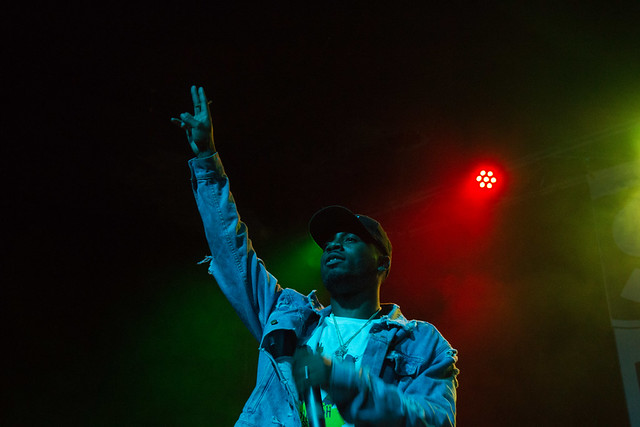 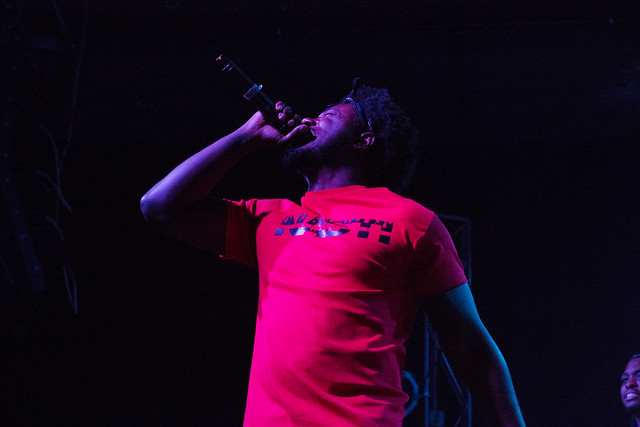 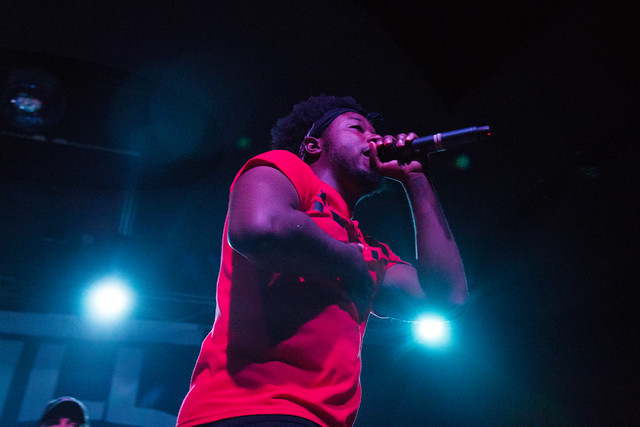 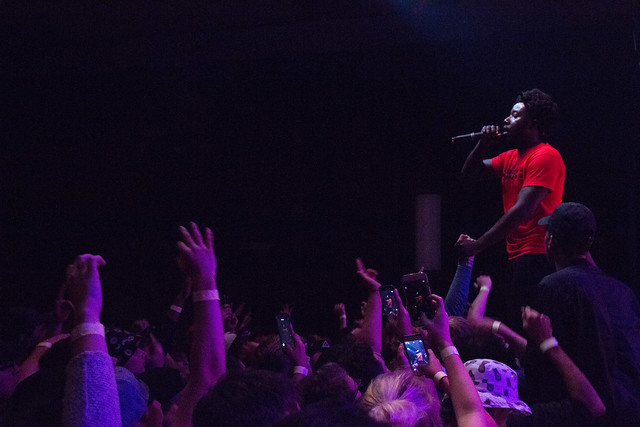 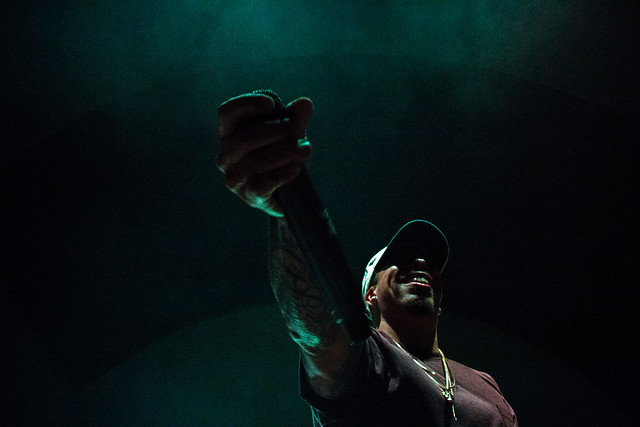 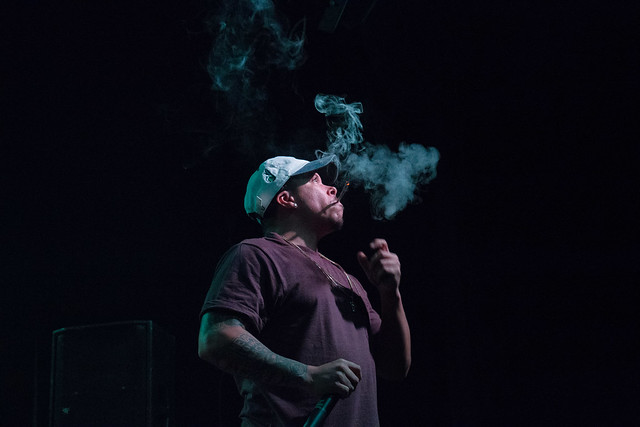 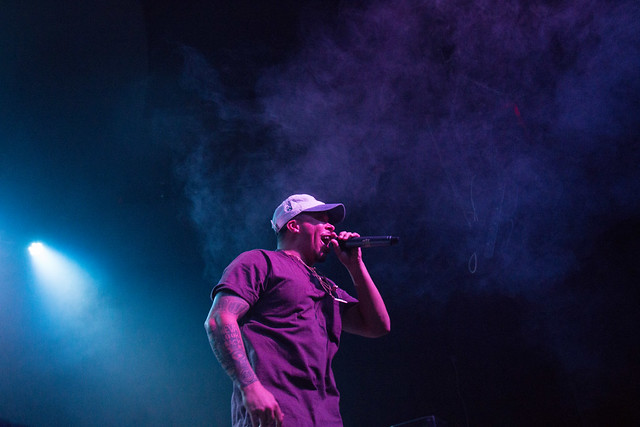 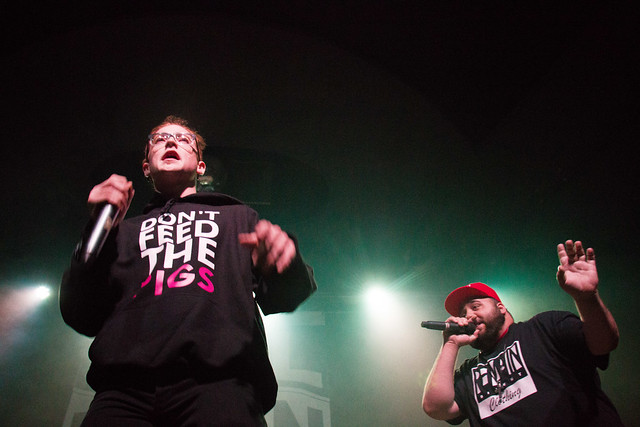 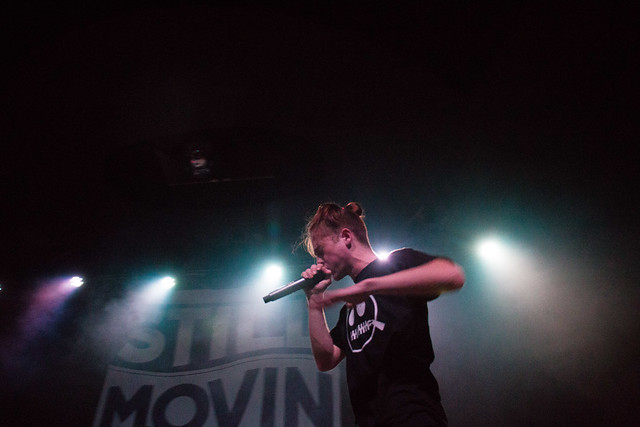 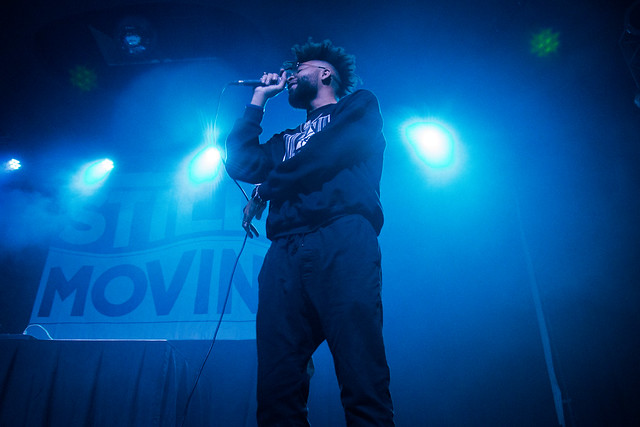 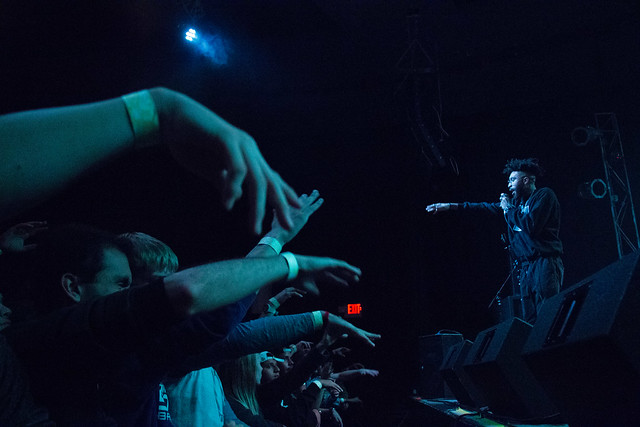 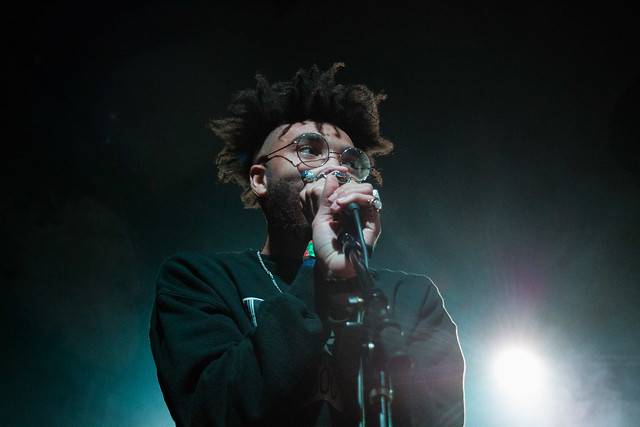 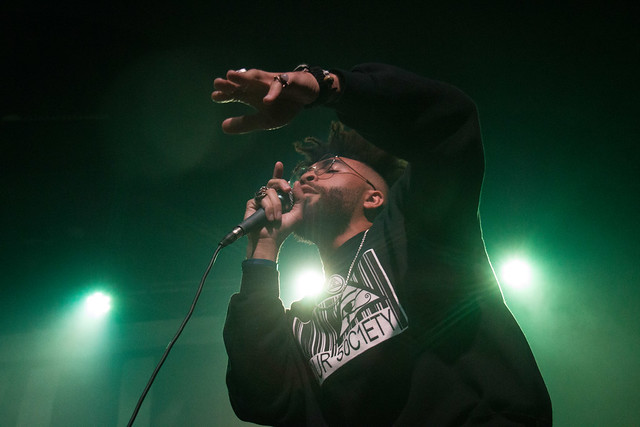 Help us improve next year’s Lincoln Calling. We want your feedback!

If you attended this year’s festival, please take a few minutes with this survey here. Tells us what you liked, what could be improved and offer suggestions for 2017.

Additional Lincoln Calling press has trickled in the days since last weekend’s festival. It includes more written reviews and a brief recap video.

KZUM added Friday and Saturday coverage to its feature, offering quick-hitting snippets and photos from a ton of sets each night. Visit with their version of events here.

And thanks to Faces of Color artists group, which shot video footage on Saturday and compiled it into a 60-second roll, which you can view here.

While you’re at it, view our photo coverage of Thursday night, Friday night and Saturday night.

Absurdist late-night series The Eric Andre Show has a long-running joke involving 311 and conspiracy theories. Last year, during Andre’s interview with Tyler the Creator, a man appeared on screen connecting the Omaha ska-rock band with 9/11 and urging fans to “Investigate 311.” It has since become a commonly-used catch-phrase for the show’s audience.

The show’s season four finale concluded with a musical performance by 311 , but in true Eric Andre fashion, it was anything by typical. Band members were tied up, waterboarded, beaten with clubs and ambushed by T-Pain. Some “investigation”!

For a more tasteful, sentimental look at 311, read contributor Chelsea Yates’ piece on the band’s Music and its impact on her youth here.

Let’s get right to the weekend.

Kishi Bashi with Busman’s Holiday at Slowdown – Kishi Bashi’s latest album Sonderlust finds him at his most personal, fighting familial turmoil and the challenges of touring with deep, thoughtful orchestral pop. The multi-instrumentalist released that album Sept 16 on Joyful Noise Records. Labelmates Busman’s Holiday tours alongside, having also released a new album Popular Cycles, on the same day. The main room show is $18, doors at 8 p.m. RSVP here.

Of Montreal, Teen at The Waiting Room – the eccentric, Athens, Ga., based experimental band returns to Omaha, having played The Waiting Room just one year ago. Brooklyn alt-rock band TEEN returns with them; that band played O’Leaver’s in March (here’s our preview from a day earlier). Good chance to catch up with both of them if you missed it. $20, 9 p.m., RSVP here.

Check out a fuller listing of this weekend’s shows at our statewide calendar here. Let us know where you’re going via social media (@hearnebraska).

Have a news tip, story idea, upcoming new music or other goings-on? Email us at news@hearnebraska.org. Have a great weekend!