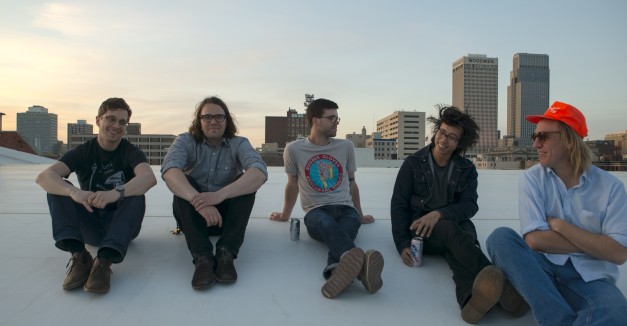 The much-anticipated Friday release show for Twinsmith’s Alligator Years will carry with it a lesser-known, but intriguing, unveiling. Members of Ladyfinger, Noah’s Ark Was A Spaceship and UUVVWWZ will play their first show together as Healer.

Brennan tells HN that he, Gustafson and Svatos hatched the plan for a new group during some extended downtime for their respective bands. Over drinks at a wedding, the trio simply decided that since they had been friends for so long, they ought to give it a shot. Schroeder and Ozinga were soon added on to what they loosely referred to as “the sweet dude band.”

“We were all very excited just to get together and hang out,” Brennan says. “There’s often a lot of shenanigans and not a lot of actual rehearsing at our practices as a result of us all being such good buds.”

Healer has composed a batch of six songs thus far, gritty in tone, which they will debut this Friday. All members collaborate on parts, with Brennan currently as lead vocalist and principal songwriter.

“I would say the song concepts and lyrical content are dark in nature,” Brennan says. “It’s quite anti-poppy, but still melodic.”

While they will be without Schroeder for Friday’s show — he will be touring with Simon Joyner’s The Ghosts at the Woodsist Festival in Big Sur, Calif. — Brennan further explains that Healer plans to continue writing and gear up to play more shows.

“We … definitely want to make a record,” Brennan says. “We have a concept in place, and need to finish writing it up.”

This debut adds quite the wrinkle to what’s bound to be a packed house. Plus, the billing features State Disco, another new band formed from familiar Omaha pieces. More on them here. RSVP to Friday’s show here.

Freakabout has announced a handful of tour dates for June, taking the band on another Midwest jaunt. The Lincoln four-piece will be joined by Columbus, Ohio, hard-rock band Cadaver Dogs.

We’ve written a lot recently in our news about bands having busy touring years, and Freakabout has certainly been a model example. This brief trip through Tornado Alley comes on the heels of a full-length record release in March and an ensuing Midwest tour. Then, its appearance on a stacked Maha Music Festival lineup cements its status as one of the state’s up and coming bands.

We reviewed Don’t We All upon its release earlier this year, and you can read it here. And see their recently announced shows below.

HN contributor James Dean was out and about this weekend with his camera. First, Dean caught a few of the sets from The Manticave’s final house show — this current iteration, anyway. After a couple years as one of Lincoln’s most prominent house venues, Bogusman’s Jackson Trover is moving out. Here’s a few snaps of Universe Contest, Red Cities and Miniature Horse. 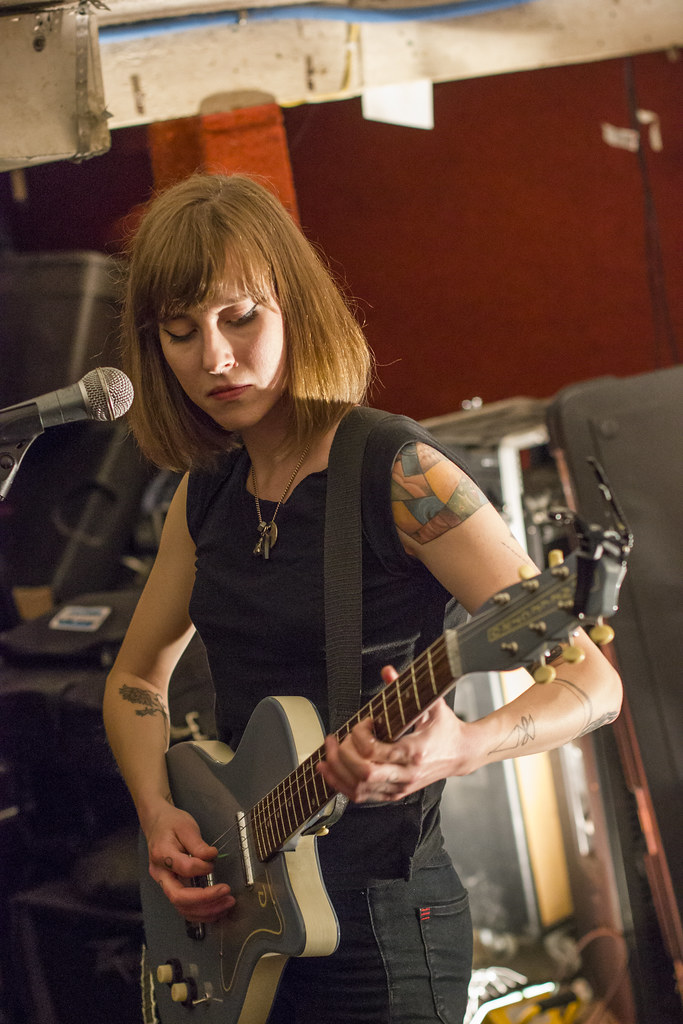 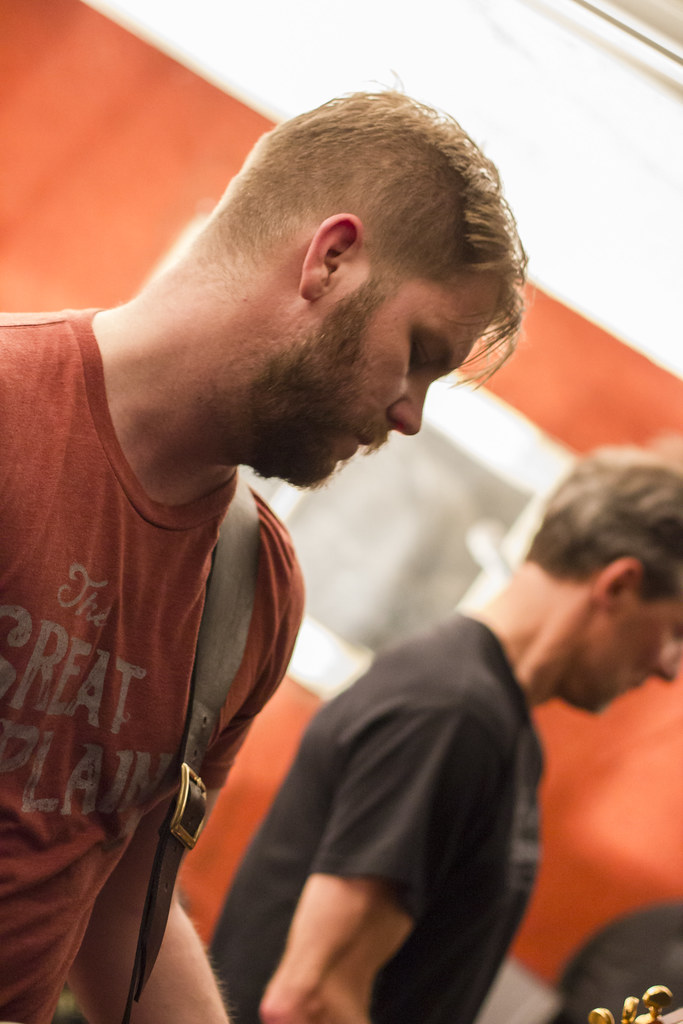 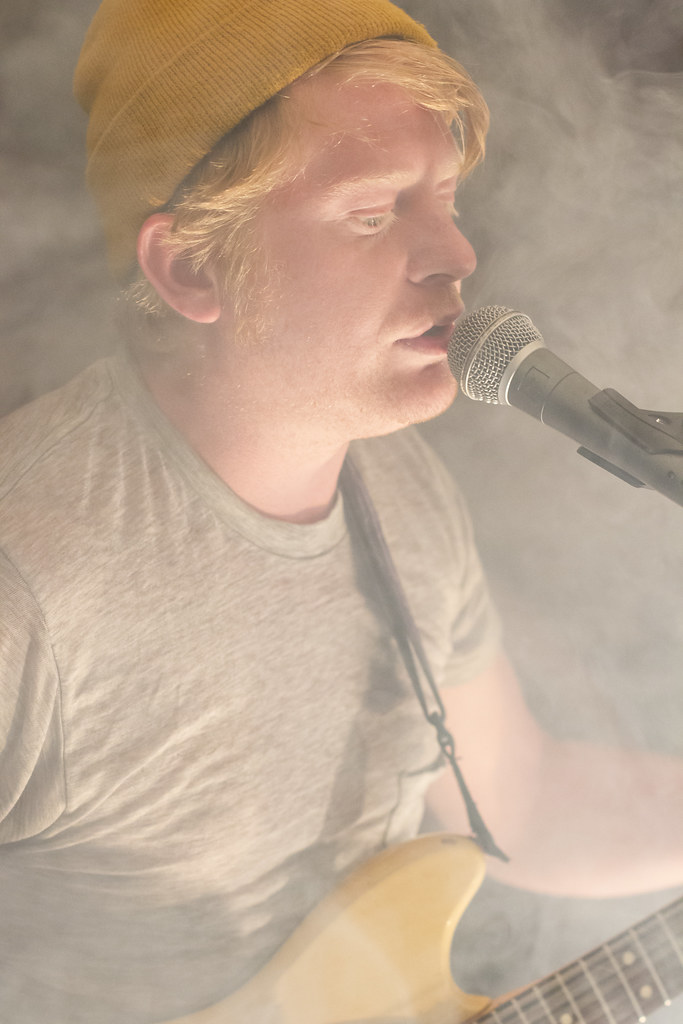 I’m always in for a good house show, and was able to fight off the sweaty masses long enough to snap this cell-phone pic of Bogusman frontman Nate Luginbill: 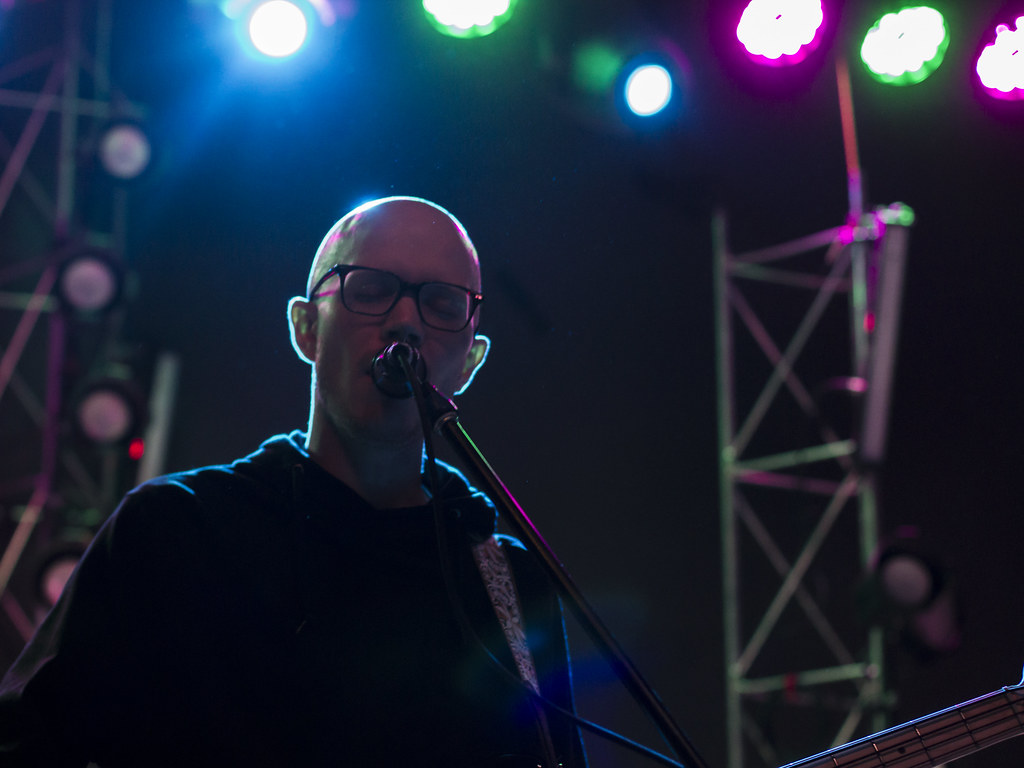 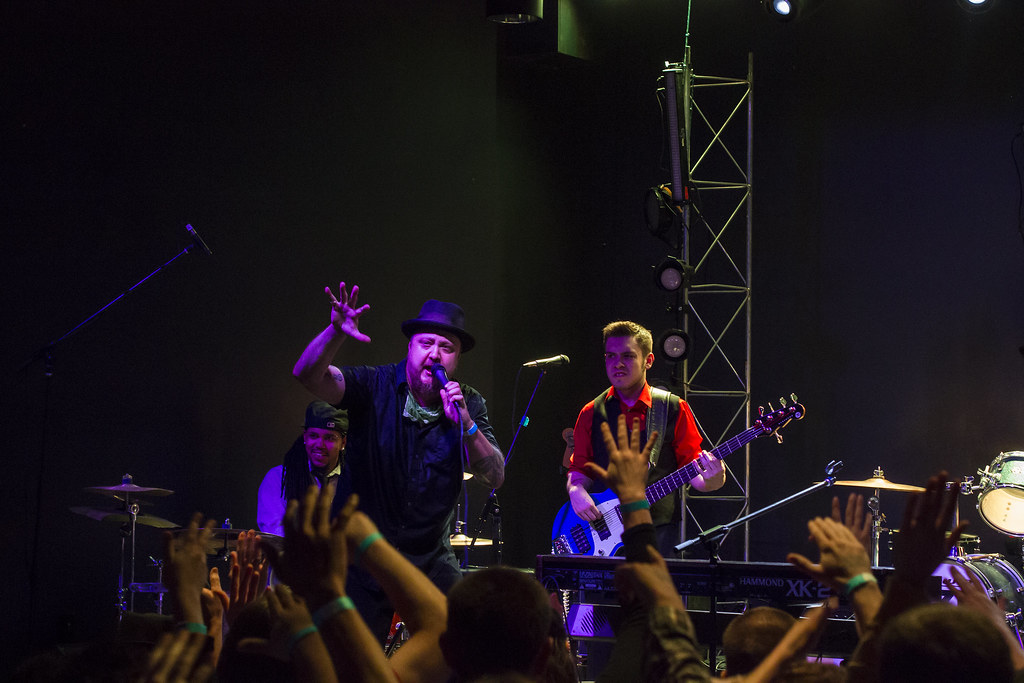 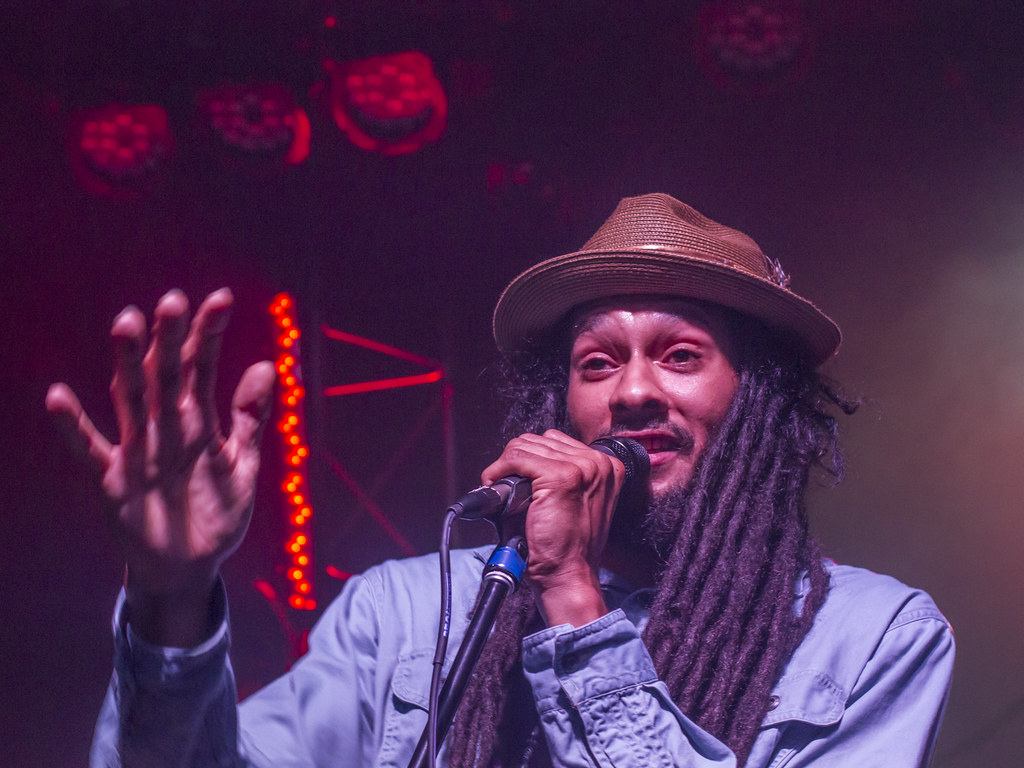 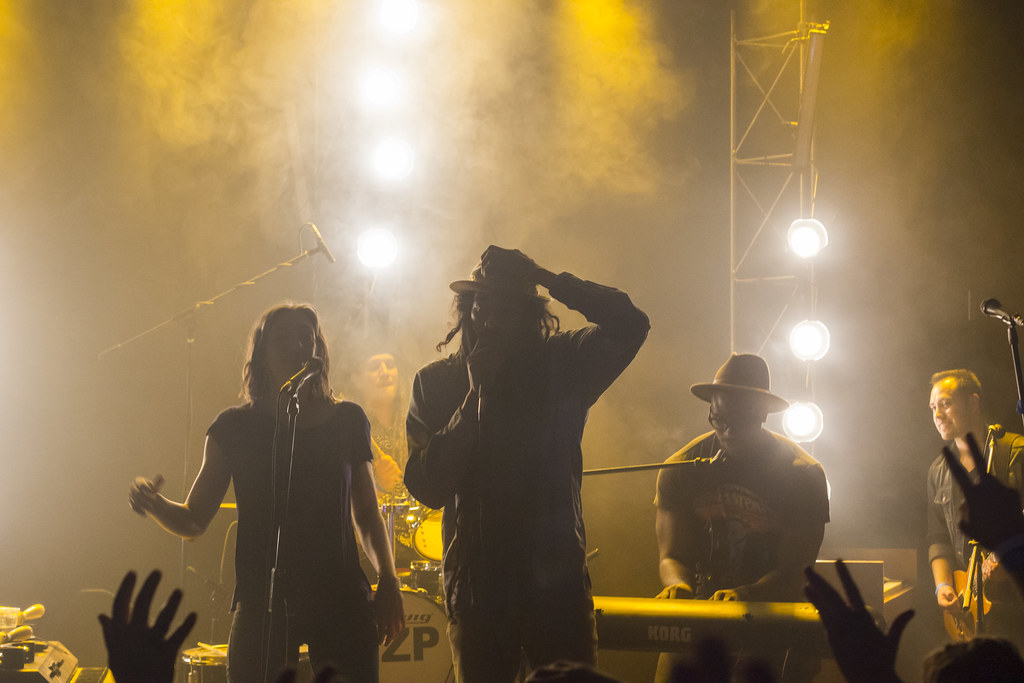 Last Thursday, the pop duo Cherub was at Sokol Auditorium. During the last half-decade, Cherub has drawn terrifically in our state, at least partially based on Lincoln native Jordan Kelley’s Nebraska connection. But in the last year, the duo has seen mainstream radio play for the single “Doses and Mimosas” and has signed with Columbia Records.

Check out a few photos by Andy Boonstra, who you might know as the producer for Purveyors of the Conscious Sound. By the way, Boonstra and PCS’s Jake Dawson have a new project, and we’ll be debuting a song later this week. Stay tuned. 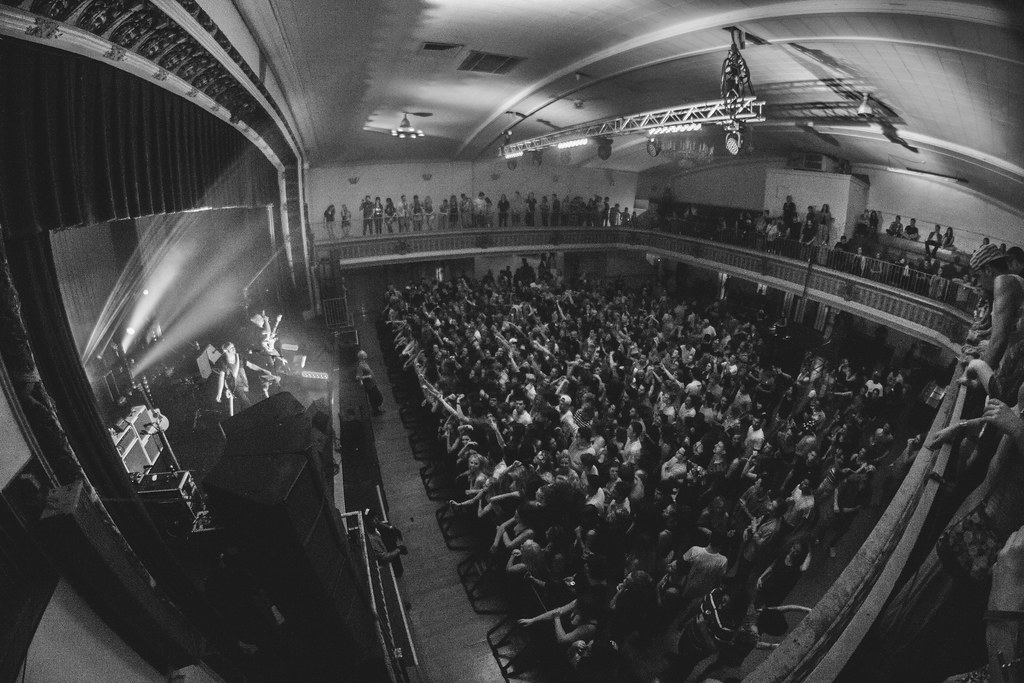 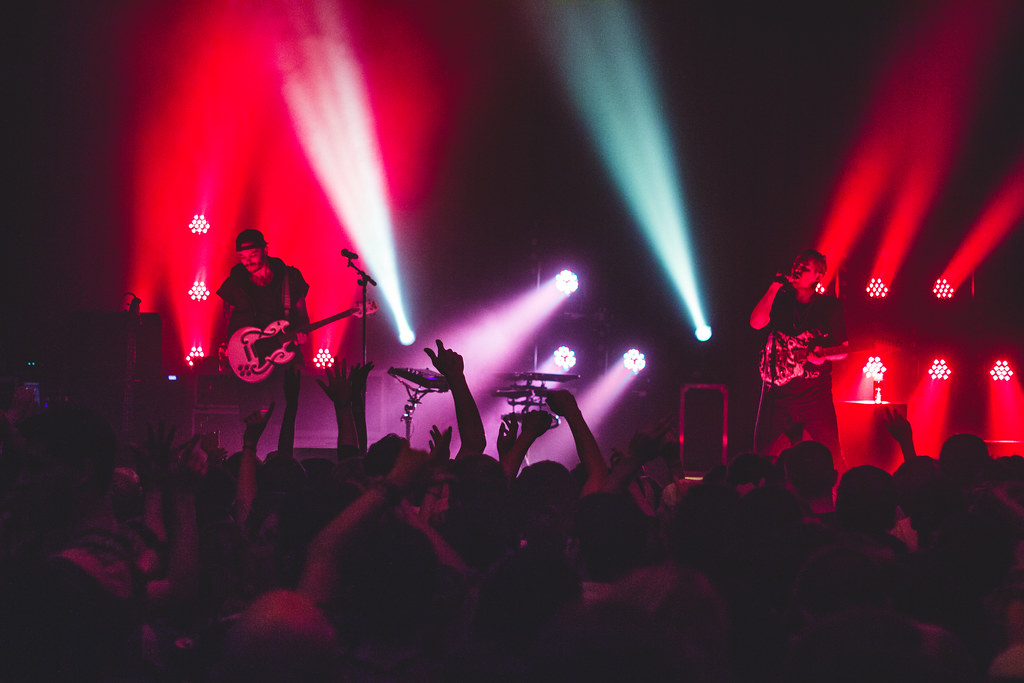 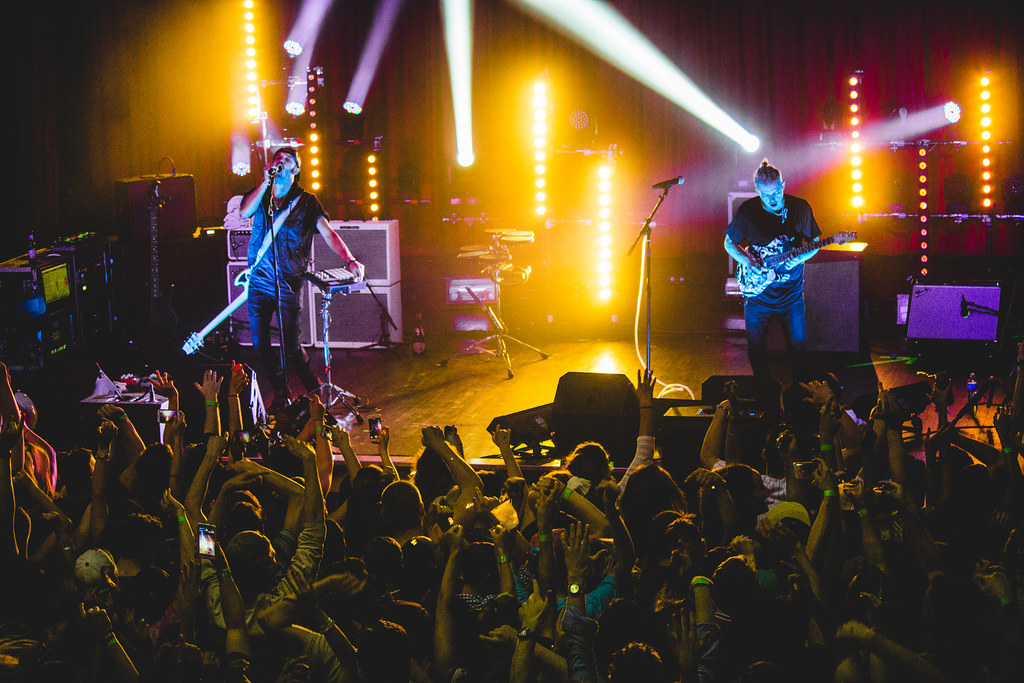 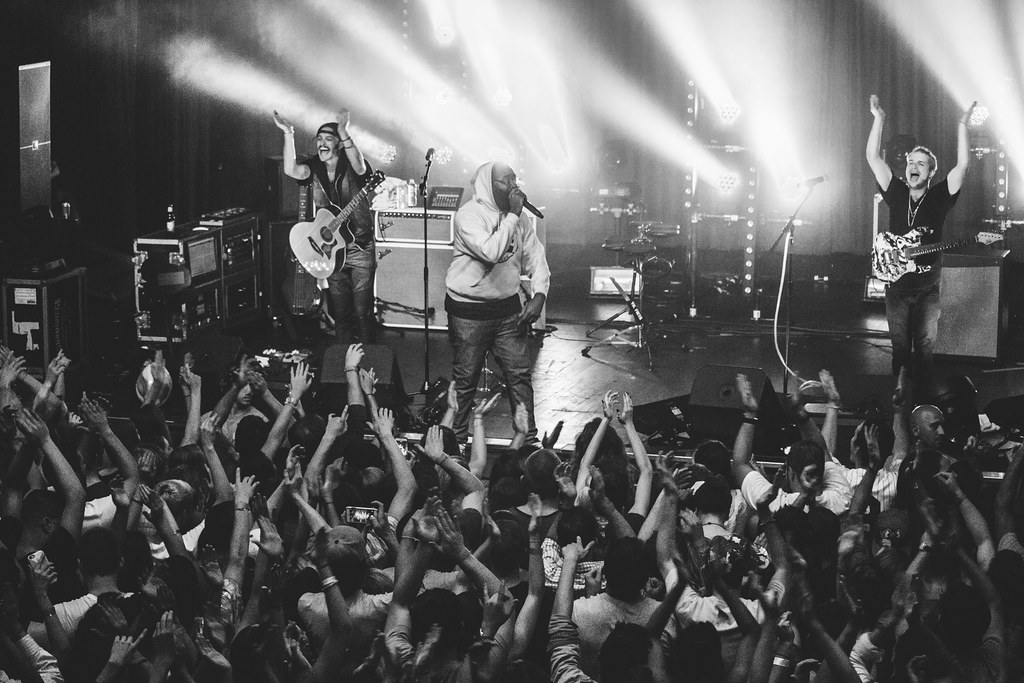 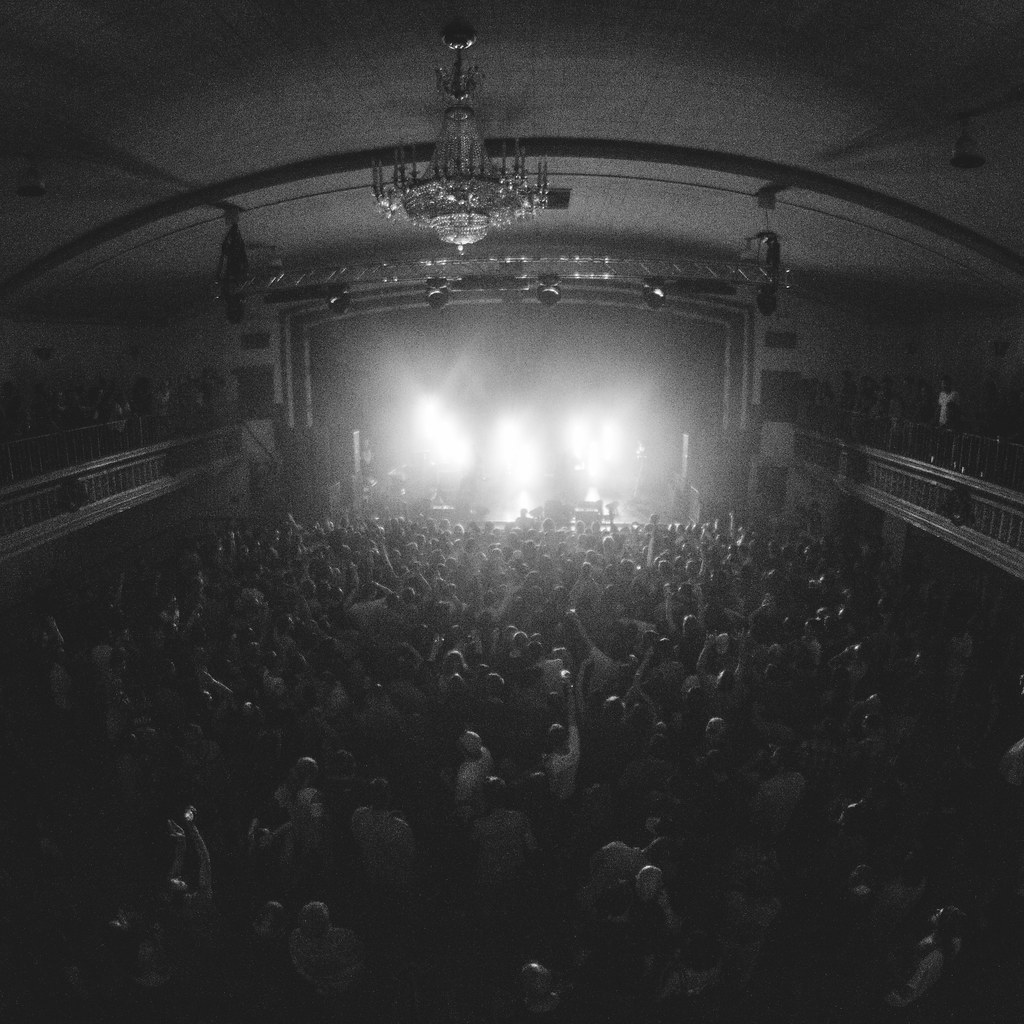 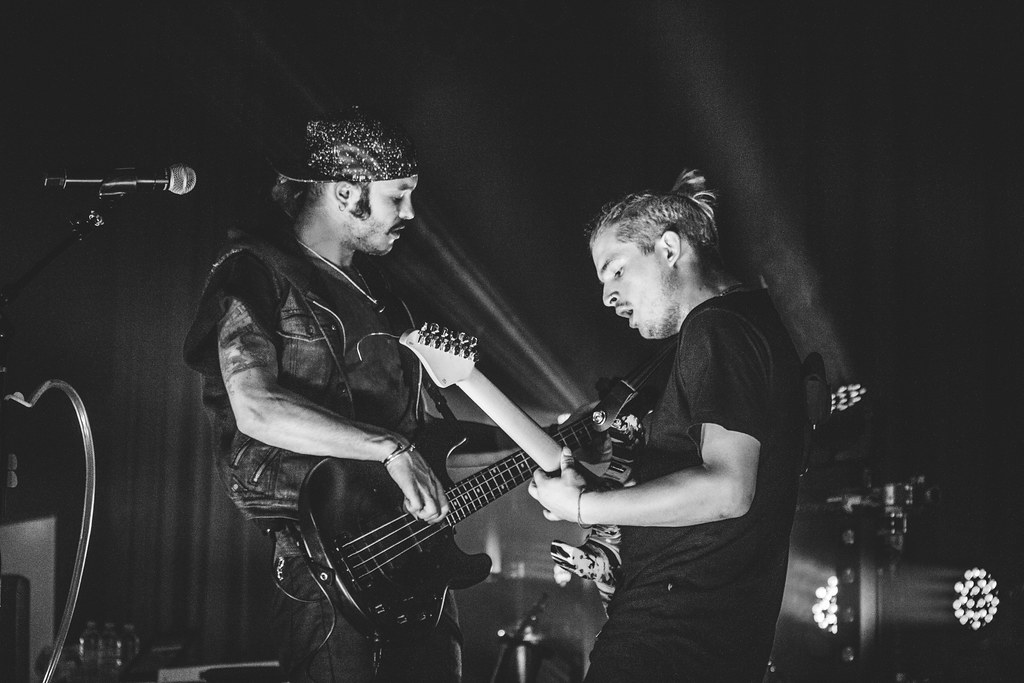 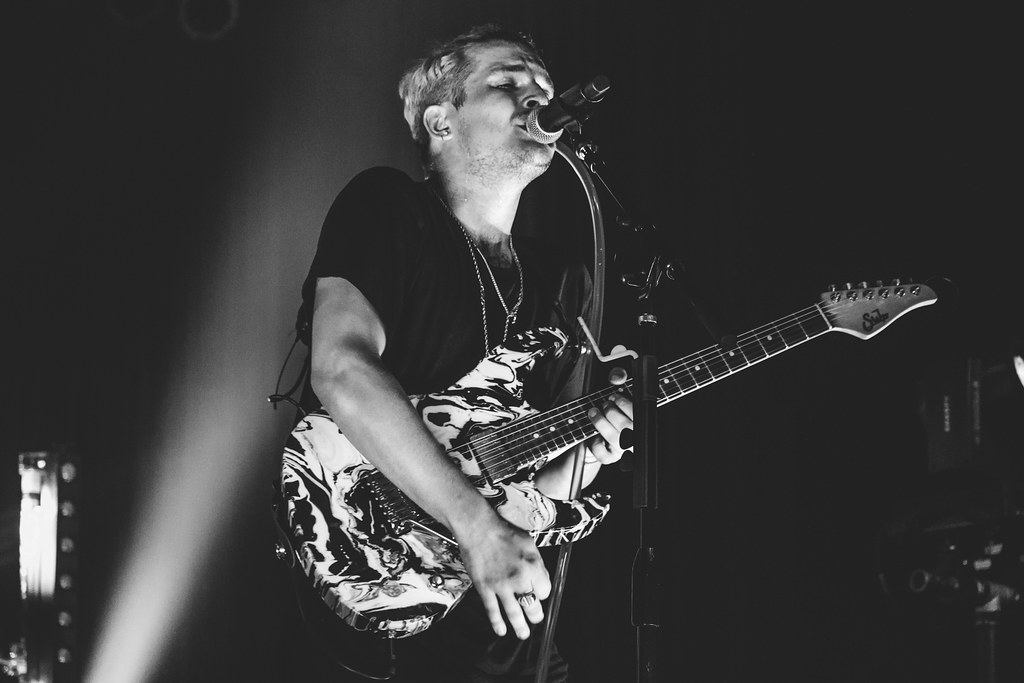 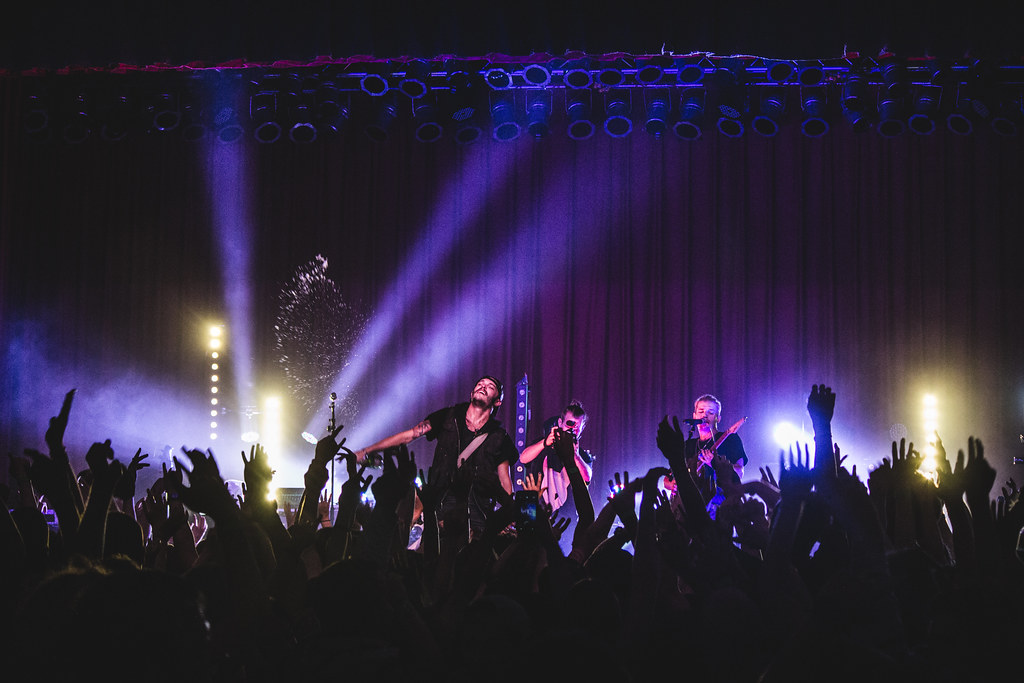 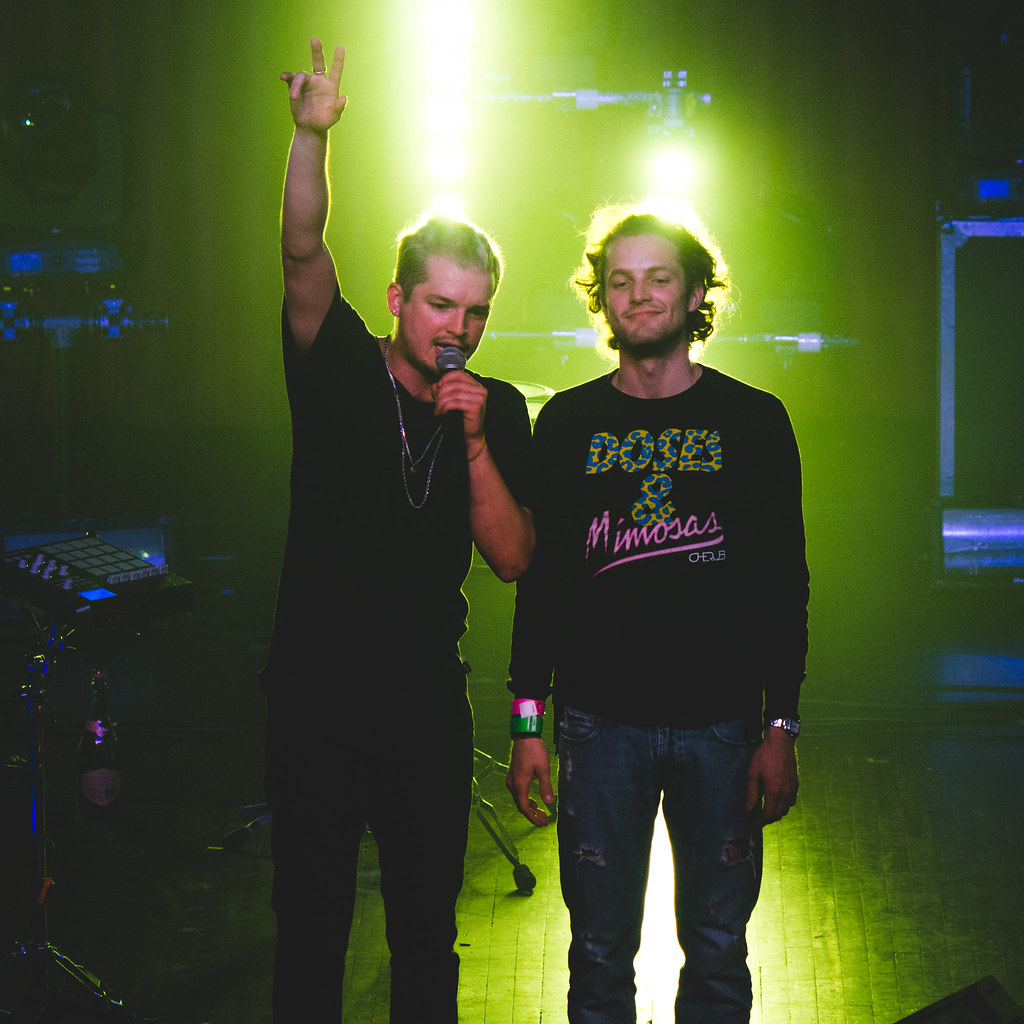 Monday means add-day on our HN Radio playlist, streaming at the top of every HearNebraska.org page.

We’re trying to keep it eclectic, as always, and this week features music from Azure Ray, John Larsen, AZP, Dereck Higgins and more. As far as specific submissions, check out the Omaha band Grumble. The four-piece alt rock band released its debut album, The Rock Particle, back in April. Stream or buy it here.

Also, artists, update your SoundClouds! We’re poking around every weekend looking for new(ish) music.  Or send us a song you’d like us to stream on our account. We’re happy to do that.

Next up — last-minute guest on Hear Nebraska FM tonight. We’ll be joined in the studio by The McGovern Stringband. The performance will preview the Lincoln bluegrass-ers set at SowerFest this Saturday. Check out the lineup for the day-long Duffy’s Tavern celebration here.

Tonight, veteran Los Angeles hardcore band Terror performs at The Hideout with Nebraska bands Bent Life, Purgatory and Live and Obey. Bent Life was signed to Boston-based Bridge 9 Records in March, and will release its debut album later this year (read more about that here.) The Lincolnites have been some of Nebraska’s hardest-touring musicians since their convergence in 2010. The show starts at 6:30 p.m., and tickets are $10. RSVP here.

In Benson, The Waiting Room will host the Omaha Performing Arts Songwriting Showcase and music industry pro panel. Omaha’s Luke Heffron and Drew Nenemen, winners of OPA’s Once-inspired songwriting competition, will each perform their original compositions. The panel, which features a number of Omaha recording artists, begins at 6:30 p.m., and will include a Q&A session. Performances begin at 7:30 p.m. Read more about it here, and RSVP here.

Check out our events page for the full list of shows this week. If we have overlooked a show, please feel free to email us at news@hearnebraska.org, or add it via the contribute button at the top of our homepage.