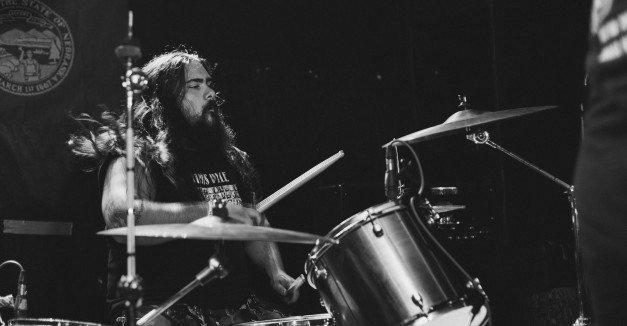 When Bent Life, one of Nebraska’s hardest-touring bands, releases its debut LP later this year, the hardcore band will have a label in its corner.

Bent Life announced last week that the band has been signed to Bridge 9 Records. Founded in 1995, Boston-based Bridge 9 is home to Lemuria, War on Women, Strike Anywhere, Crime in Stereo, BoySetsFire and many more prominent hardcore and punk acts.

Bridge 9 has a number of its releases available for vinyl, so expect the Bent Life record to be out on vinyl, as well. It won’t be the first time for Bent Life. The band just sold out of pre-orders for a two-track seven-inch Bad Teeth Recordings. If you’re on the lookout for it, stay tuned to the band’s Facebook page. Bent Life says more will be available later this year.

Yesterday, One Percent Productions announced Brand New will play Ralston Arena on June 29. The formative emo/alt-rock band has released four albums since its 2001 debut, the emo-pop Your Favorite Weapon.

The band’s tour schedule this year, which includes a Denver stop with Desaparecidos, and a website update has led to speculation that a new album will be released soon. It would be the first since 2009’s Daisy.

The story begins when he was a teen, defending his siblings from violent criminals. Watch the whole story below.

Lately, you might know Higgins best for ambient-experimental solo work. But he’s also played in InDreama, RAF, Digital Sex and many more projects through the years.

Higgins needs a tooth implant and without insurance, the $10,000 bill will be costly. In light of the costs, a Gofundme page has been launched to help the musician whose music and activism in Omaha has been hugely influential.

Joey Zimmerman releases his new comedy album tonight at Vega. It’s the comedian’s second release, recorded last winter at The Bourbon. Next month, a video of that Bourbon performance will be available for free, but tonight, he’ll be selling cassette tape recordings, released by Fantastic Cassettes.

In May, Zimmerman will hit the road for a Southwest tour. RSVP here.

Arid rock act Desert Noises returns to Lincoln tonight for a show at Zoo Bar with Oketo. Entry is $10 and this one will probably pack the venue up quick. RSVP here.