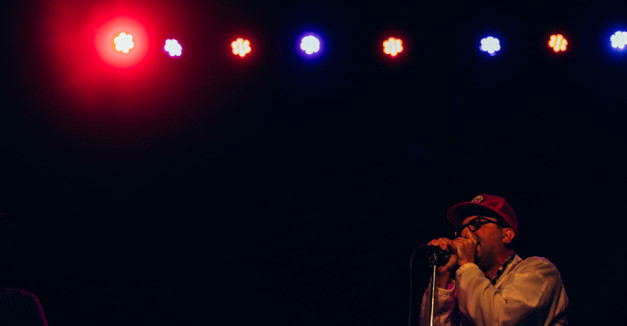 For a fuller picture, read our feature interview with the band, but its May album, Painted Shut, has become a steadily-growing favorite with the national music press.

On singer Frances Quinlan’s voice, there’s not much more I want to say that I didn’t attempt to yesterday. But probably two more things.

There’s the force you feel from an aggressive rock drummer when the physicality and the pounding actually hits the audience its own, not through the PA. Hop Along’s Mark Quinlan actually drums that way. But Frances’ voice is also like that — an invisible hand putting its palm on your chest.

And it’s all the eerier to watch the movements of her voice in person, because she doesn’t provide physical cues of when the leaps or the screams are coming. No prancing, no throwing back of the head, no wind-up. It’s just her head cocked at a slight angle and motionless shoulders. If anything, you have to watch her eyeballs. When they disappear into the back of her head, you’re about to hear the sound of vocal folds cheating death.

Of course, the live show further emphasizes the dynamism of the whole band. Lead guitarist Joe Reinhart had a Peter Buck shoulder sway working as he guided and embellished the songs with a lot dug-in, sliding licks. And Mark Quinlan explosively drummed like he was in a grandiose metal band, standing up for the biggest hits, or rather letting the biggest hits stand him up, as on “Horseshoe Crabs” or “Powerful Man.”

And the crowd was on board hook, line and sinker, bobbing along to the unpredictable moving parts, and lighting up for the moments of cathartic choruses.

Matt Whipkey opened our Hear Omaha series yesterday to a good-sized and cheerful downtown crowd. See a few photos below, and we’ll see you next Thursday at noon for Orenda Fink’s performance. Catch up on the full 10-week lineup here. 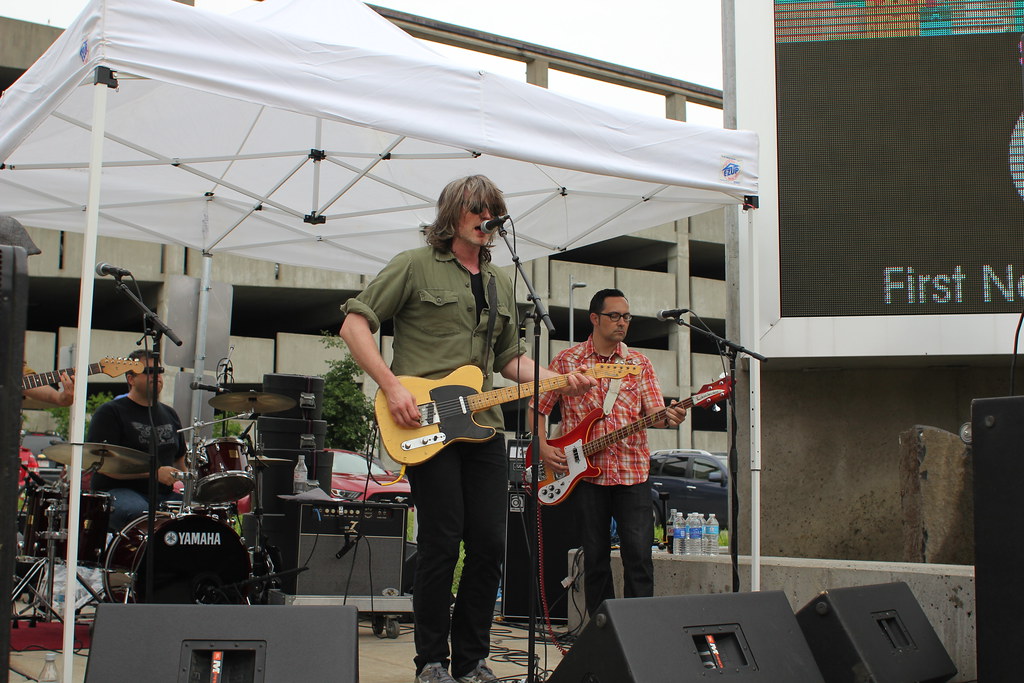 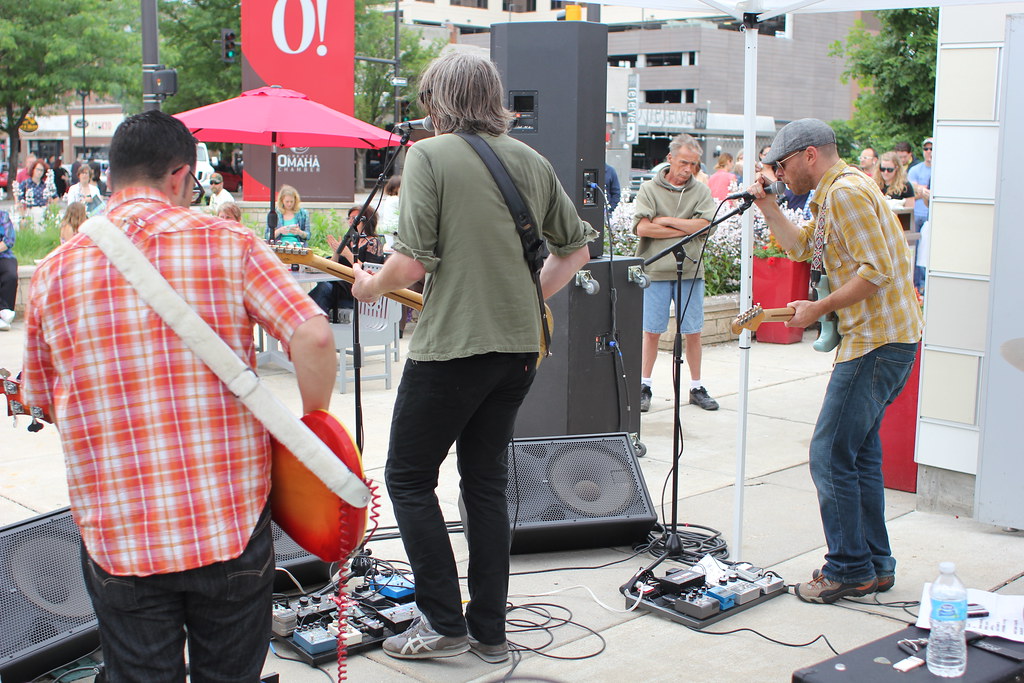 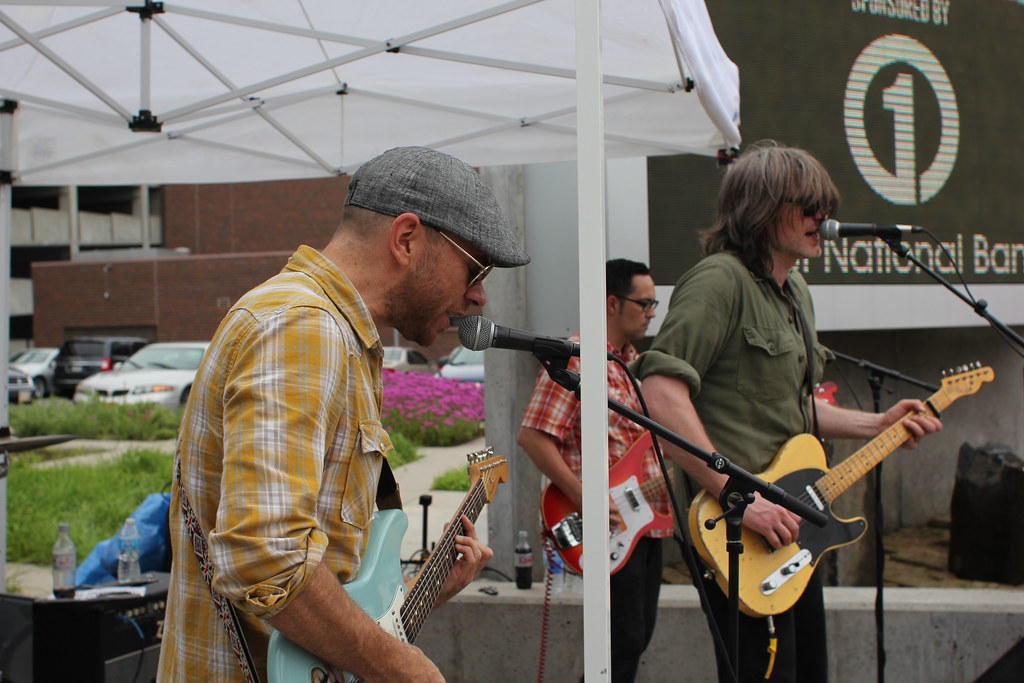 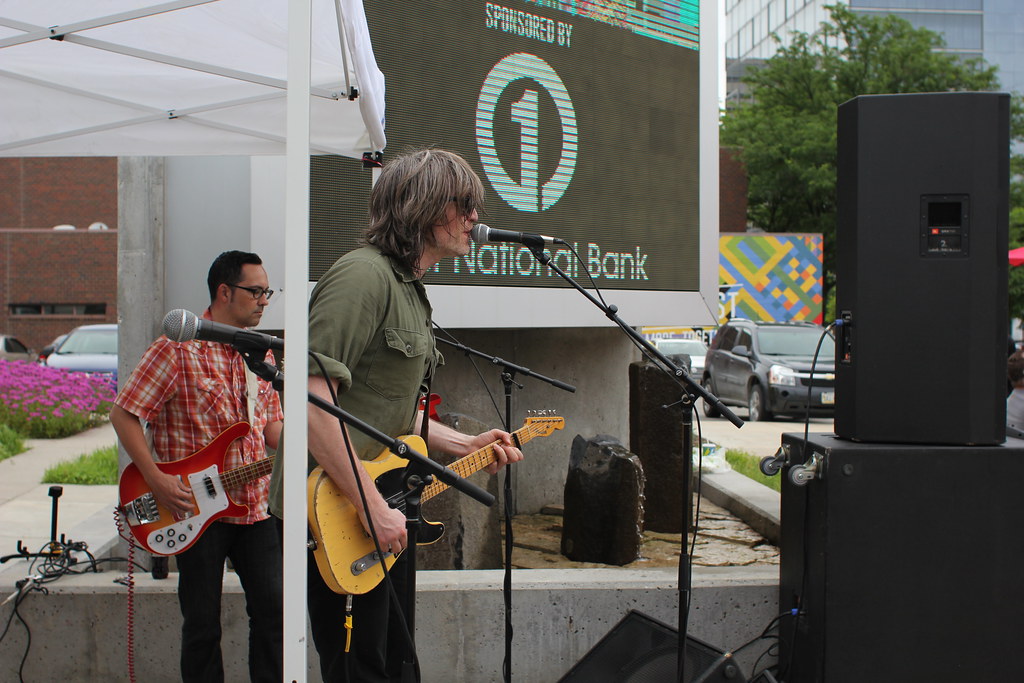 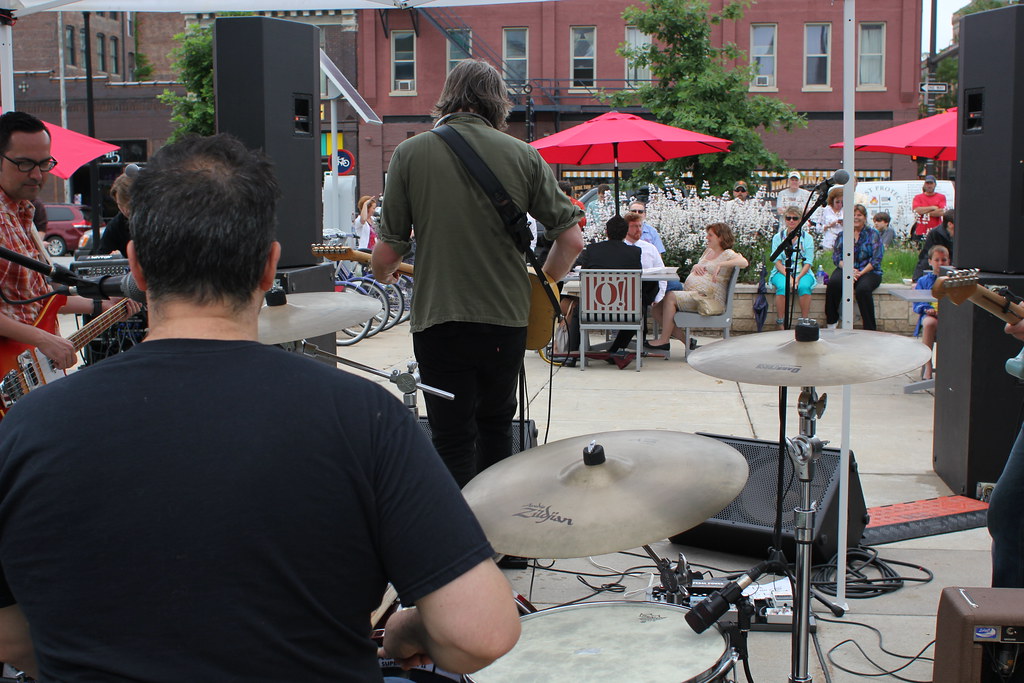 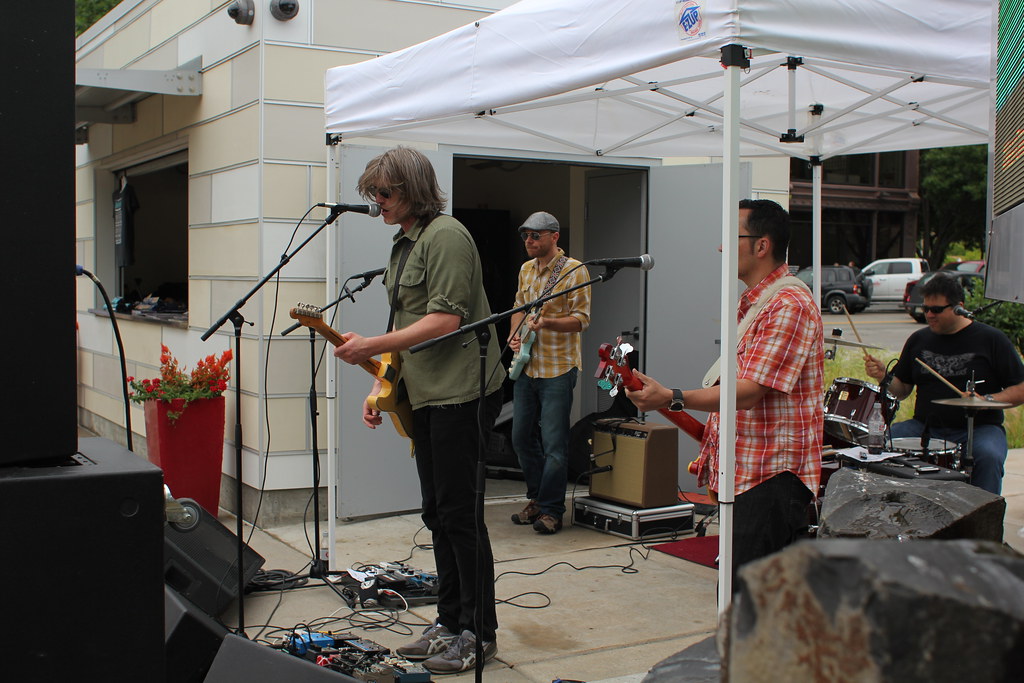 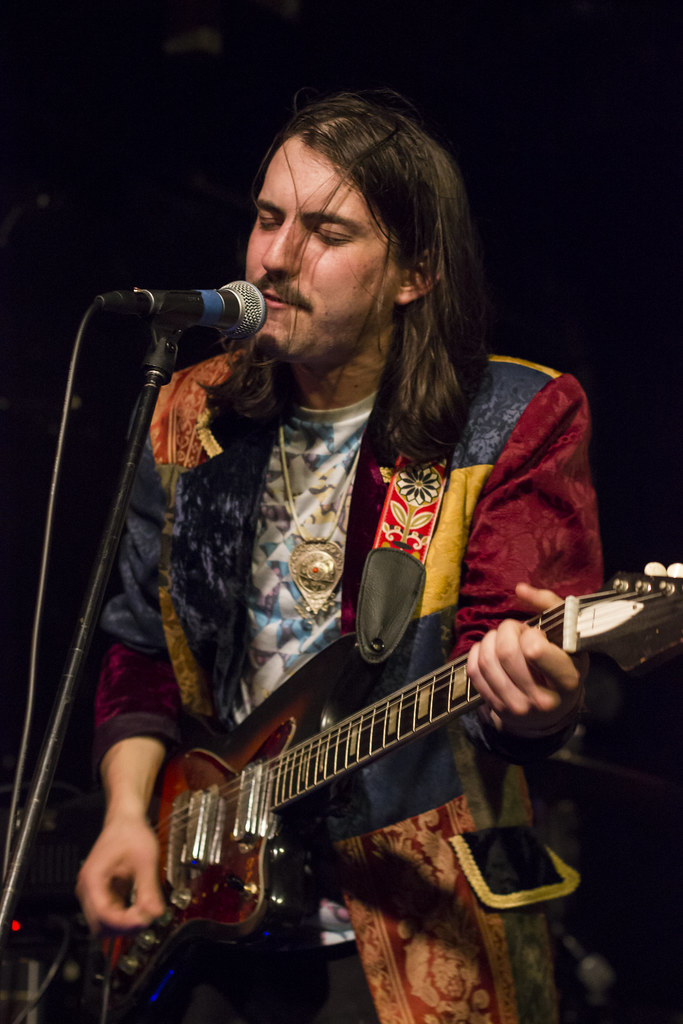 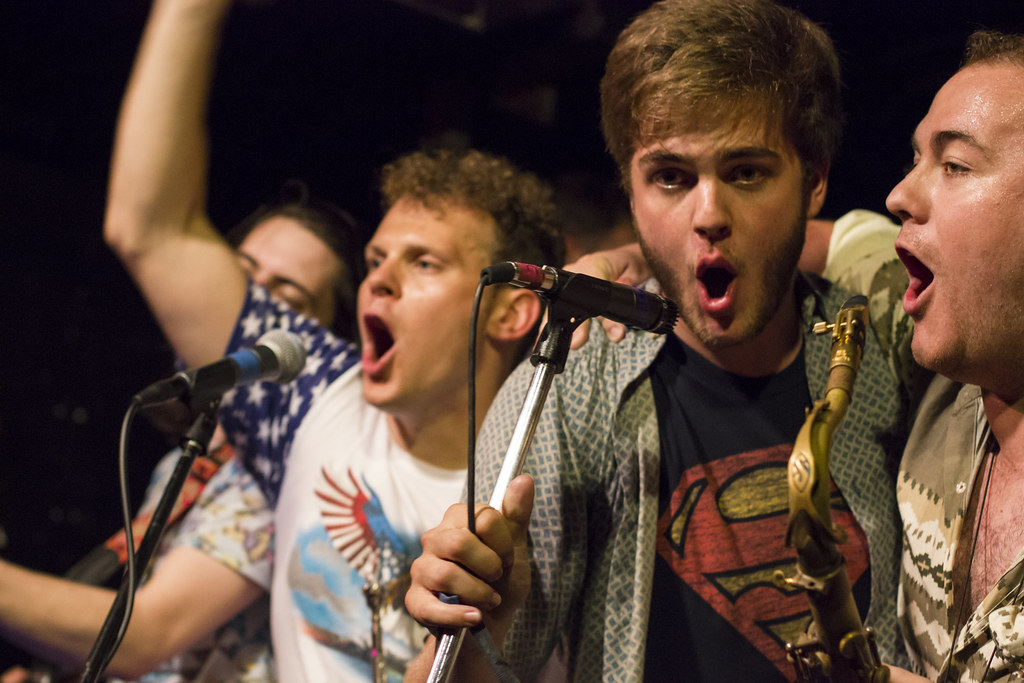 Catching up on a Wednesday show, photo contributor Chris Dinan was at Reverb Lounge for Tim McMahan’s birthday celebration. Son, Ambulance, The Lupines and The Wagon Blasters played the Hear Nebraska benefit. Our thanks to everyone who attended. 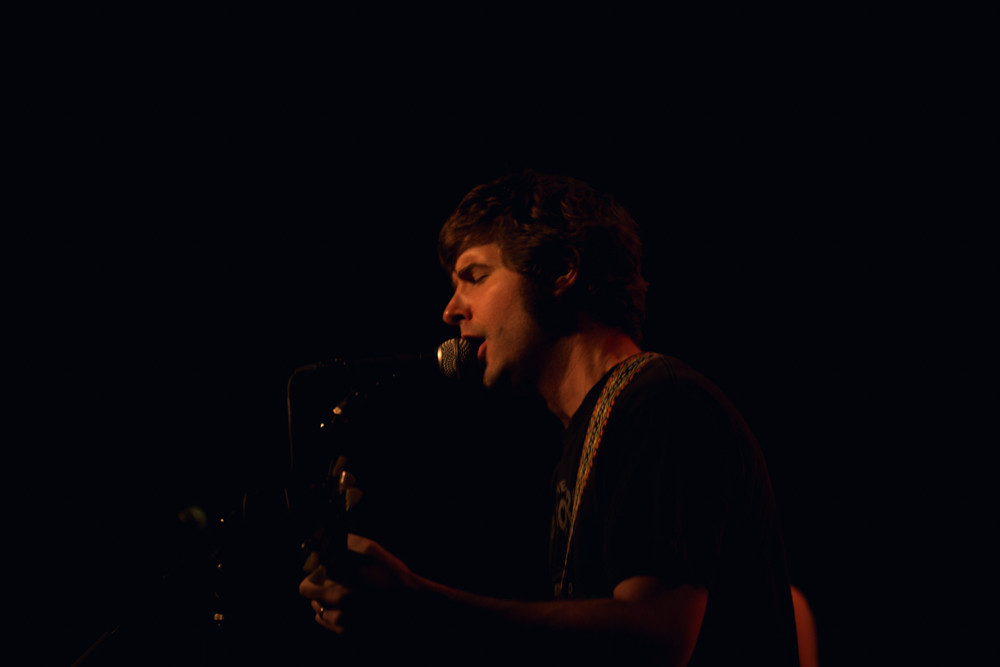 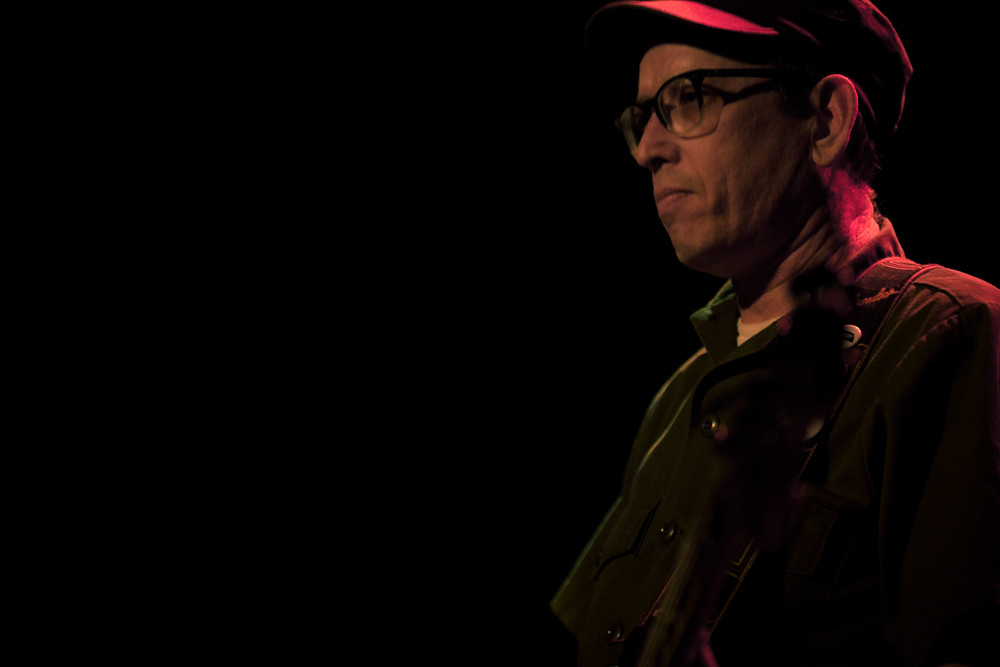 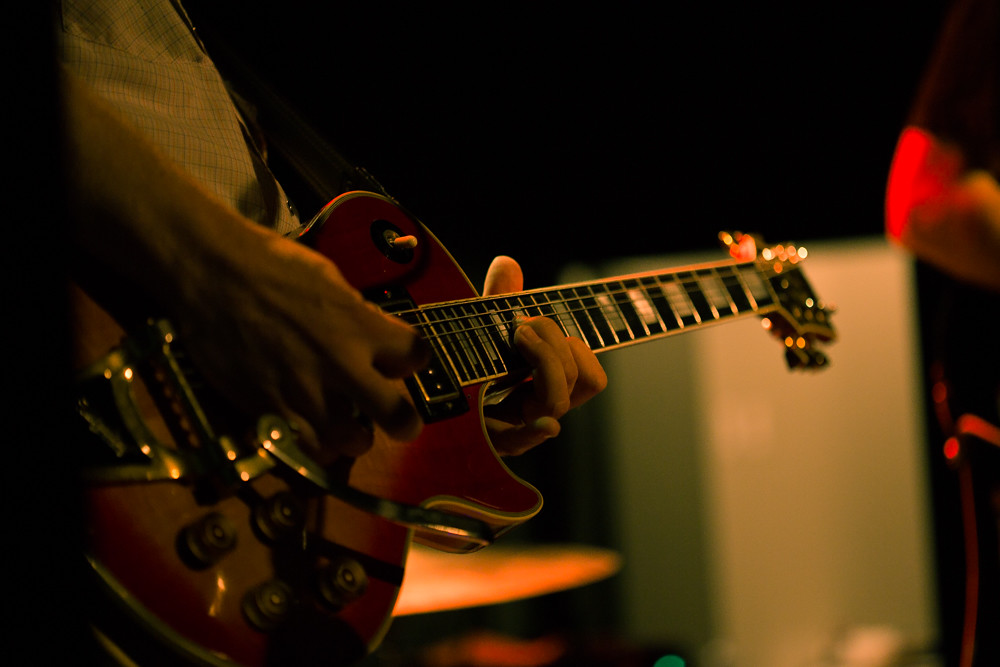 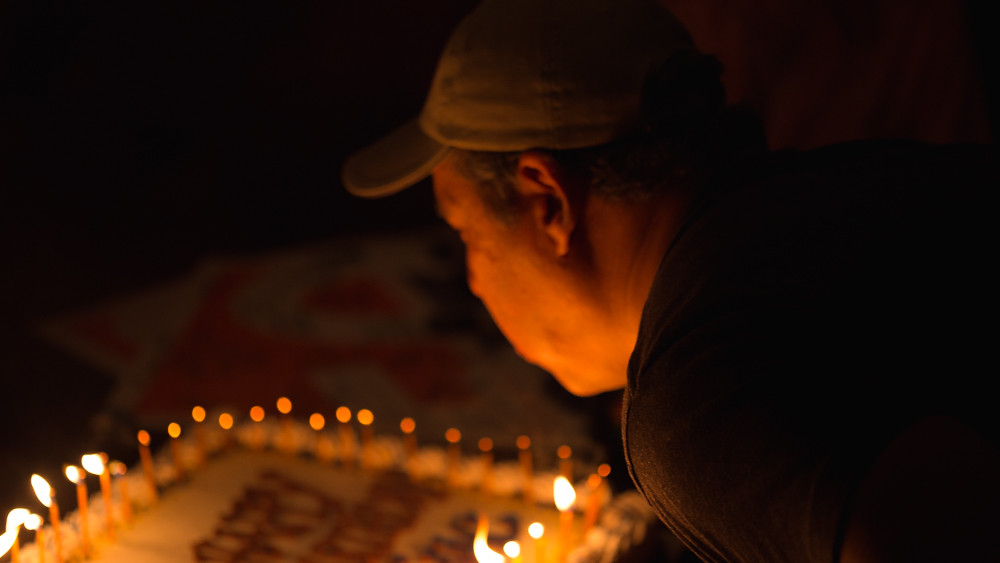 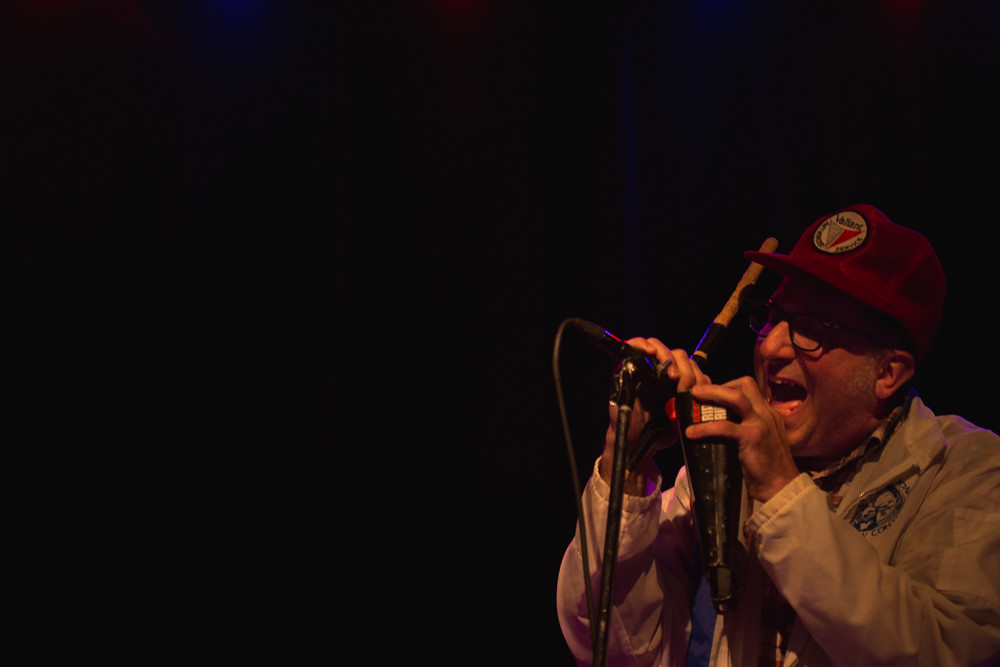 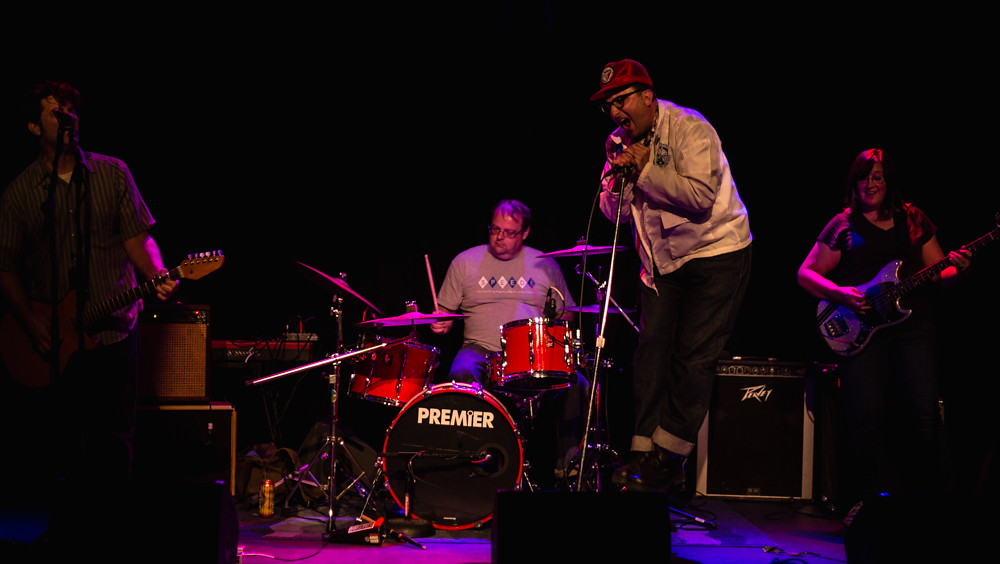 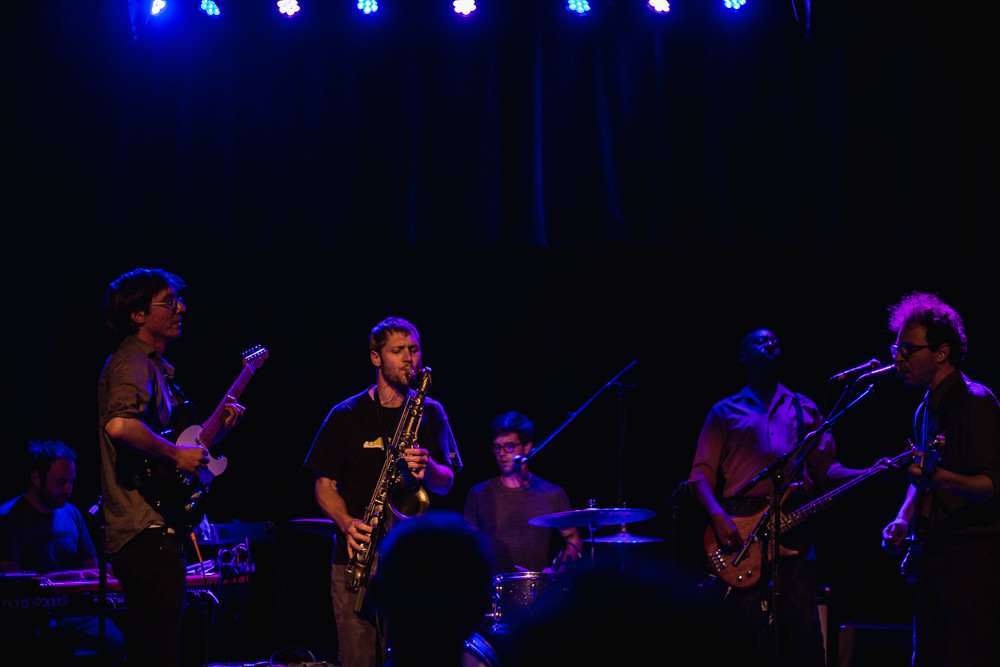 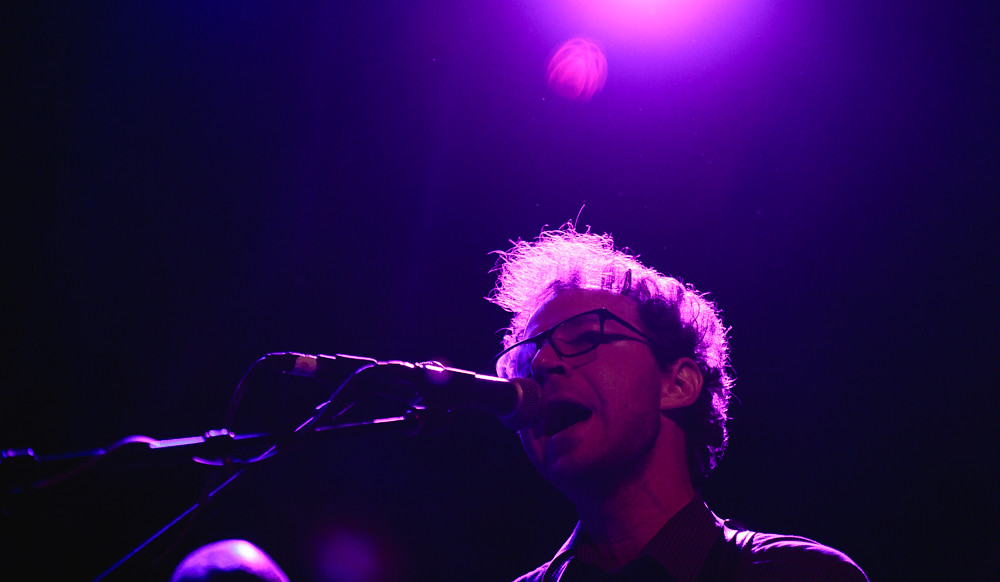 Sofar Omaha published a video yesterday of Caroline Smith’s March 2 intimate performance. The slow-burning “Half About Being A Woman” features Smith’s achingly soulful vocals and an interlude with keyboard player Eric Mason belting a powerful self-affirmation.

View the clip below, and check out Sofar Omaha’s site here for upcoming dates.

We’re a little rain-soaked, but ready for a plethora of shows this weekend.

It all starts today at noon today, as Hear Lincoln kicks off with A Ferocious Jungle Cat at 13th and P. This will be the Lincoln funk group’s third show in as many days. We published a Q&A with frontman Will Harman earlier in the week, which can be found here. See the full 10-week Hear Lincoln schedule here. The series is sponsored by the Cooper Foundation and presented in part by the Lincoln Chamber of Commerce. Promotional support comes from 89.3 KZUM, Lincoln’s Community Radio.

The Omaha Entertainment and Arts Awards Summer Showcase kicks off at 8 p.m. tonight at six Benson venues. The 70-plus band event will essentially take over Maple Street for the weekend with a mix of punk, indie, soul, metal and hip-hop. Tickets are $10 per night, or $15 for the entire weekend. Read more about the showcase and get the full schedule here.

Over at O’Leavers, M34n Str34t producer Adam Haug, aka Haunted Gauntlet, plays his first official solo show with Calm Fur and Des Moines lo-fi indie rock band Karen Meat and the Computer. Haug told us via email that he is planning new remixes of local music and oldies hits along with custom visuals and a special guest vocalist.

“I am hyped to be able to play a set that really doesn’t limit me to the singer-songwriter role or ‘DJ’ position,” Haug says.

Tickets to the show are $5. RSVP here. Calm Fur created a promotional for the video for the show, seen below:

Saturday night, blét will release its debut LP Borrowed From The Breeze at The Bourbon. The Lincoln trio has released a pair of songs leading up to the album release. Find our debut of “The Lone Light” here, and watch for a review of the album by our podcast team next week. Mesonjixx and Once A Pawn round out an eclectic billing. Tickets for the 9 p.m. show are $5 for 21+, $7 for 18+. RSVP here.

For a full list of shows, check out our events page here. As always, if you do not see your show or one you plan to attend, email us at news@hearnebraska.org, or feel free to add it yourself via the contribute button at the top of our homepage.
Where do you plan to attend this weekend? Tell us via Twitter and Instagram at @hearnebraska. See you out there.