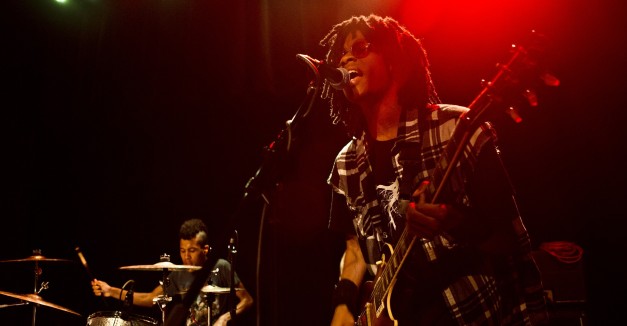 Kai Sorensen’s return Thursday — with his Brooklyn-based funk band Evolfo — will usher in a pair of reunions for the native Nebraskan musician.

Not only will the now-Brooklynite perform in his home state’s Zoo Bar, he’ll do so alongside childhood friend and longtime music compatriot Will Harman of A Ferocious Jungle Cat.

The two performed in various punk groups, jazz ensembles and pep bands while growing up together in Blair. Sorensen recalls a memory of a particularly raucous halftime performance, orchestrated by Harman.

“Will had made an arrangement of [“Dirt Off Your Shoulder”] with the drum line, and I came outta nowhere rockin’ a spiderman outfit with many a sock stuffed in my nether regions blarin’ away on my horn,” Sorensen says.

It’s a ridiculous story, sure, but it illustrates both their shared camaraderie and penchant for antics.

Sorensen has accomplished a lot since leaving Nebraska. His musical journey took him to the University of Nebraska-Omaha, where he received a Bachelor of Science in Music Education. Then, it was straight off to Boston, where he earned his diploma in Contemporary Writing in Production from Berklee College of Music

While at Berklee, he met Evolfo keyboardist Rafferty Swink. The band’s founder/frontman Matthew Gibbs was in need of a horn section. Swink and Sorensen lived just down the hall from each other, and knowing Sorensen played trumpet, Swink invited him to practice.

Evolfo cut its teeth in the basements and DIY venues of the Allston party scene, which really befits their sound. The self-proclaimed “gypsy-funk” band brings an aggressive sound, combining the chaos of Gogol Bordello with blasting horns, slick guitar and driving beats. Gibbs’ near-delirious vocal delivery keeps it high-energy.

And Sorensen, as “music director,” is responsible for wrangling all of those sounds into a cohesive unit. Gibbs and Rafferty are the primary songwriters, but all seven members have a say. With seven backgrounds chiming in, Sorensen says his title is just that.

“Really, I’m there to pick up when some shit hits the fan,” Sorensen says.

Evolfo, in Brooklyn since 2013, is in the process of recording its first full-length album. Sorensen explains that the difference between the two cities amounts to identity: while Boston allows for fluidity, the sheer volume of bands in New York forces one to solidify it.

“There are literally thousands of bands with many of the same goals and you have to make your shit unique or you’ll just get lost among it all,” Sorensen says.

Thursday’s Zoo Bar show (RSVP here) will see a confluence of emotion for Sorensen: excitement that his band will perform with that of his high school buddy, and pride in his native music scene.

“Everyone out here speaks so highly of the Nebraska music scene,” Sorensen says. “I’m so excited for the boys to come back and experience it first hand.”

If you made it to Maha Music Festival by the mid-afternoon last August, you met the trio of furious teenagers who broke up the tasteful parade of indie rock with sledgehammer punk. Well, Radkey returned to Nebraska last Friday. Hear Nebraska multimedia contributor Nickolai Hammar caught their show at Reverb Lounge. Omaha’s Long Low Signal opened. 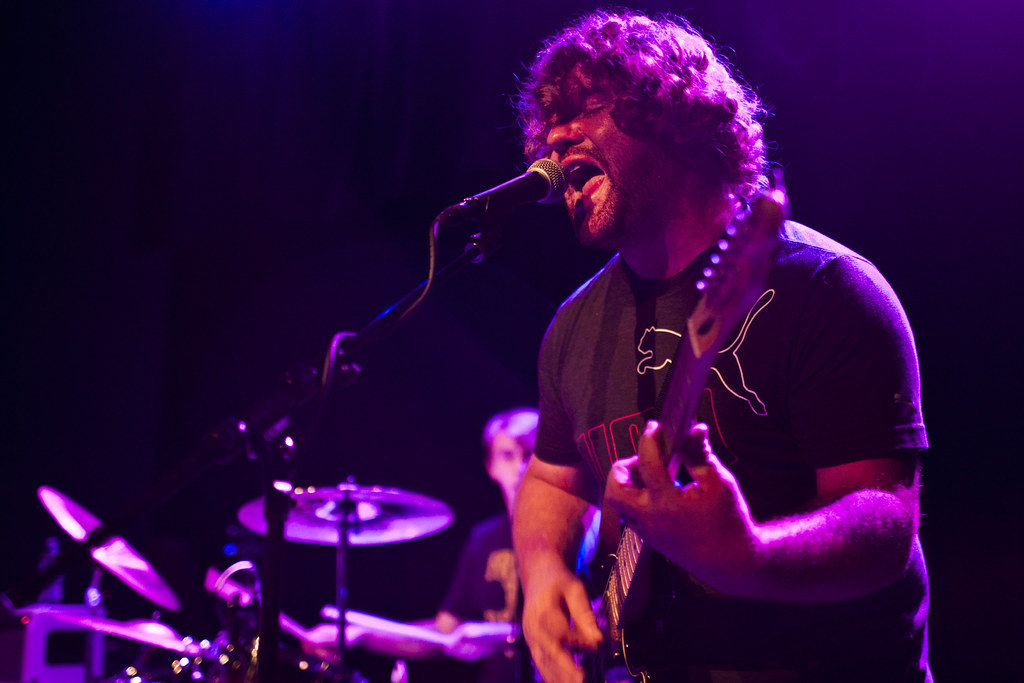 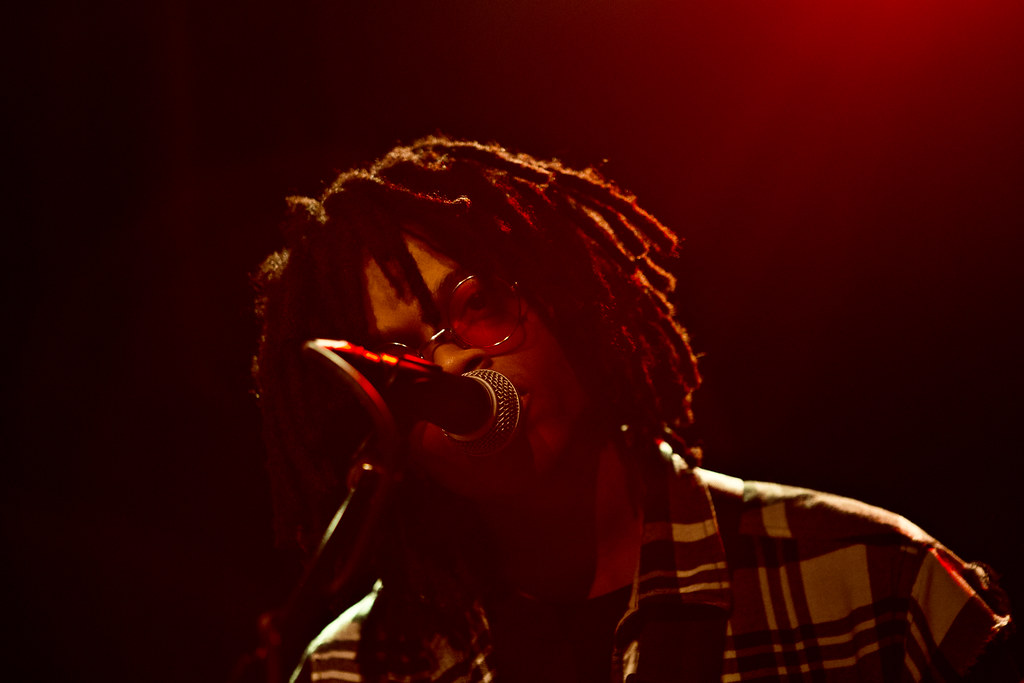 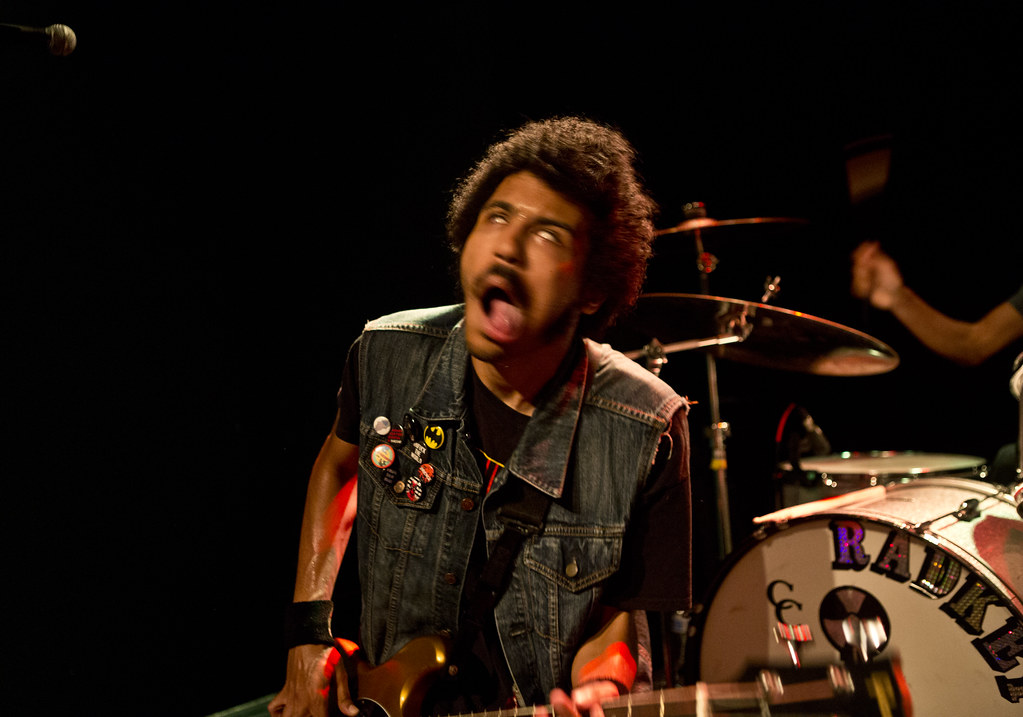 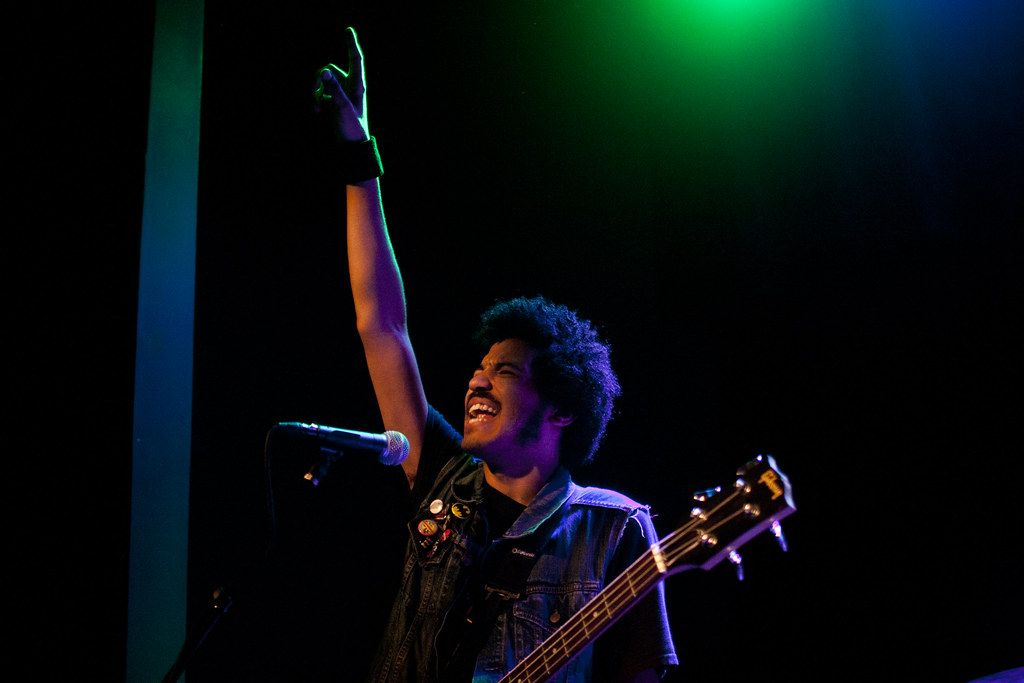 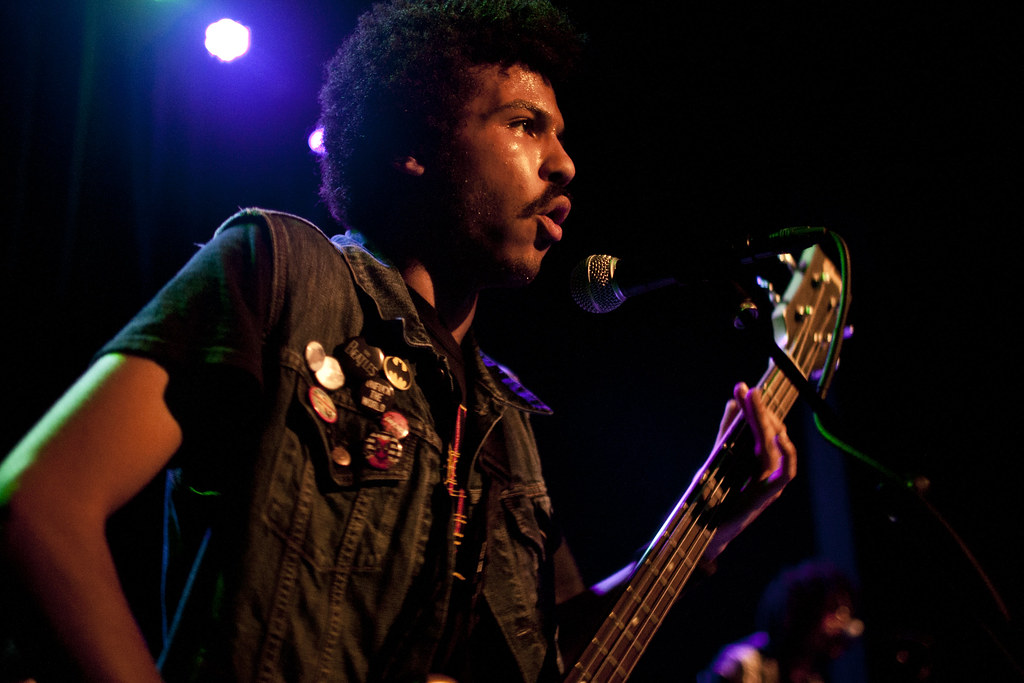 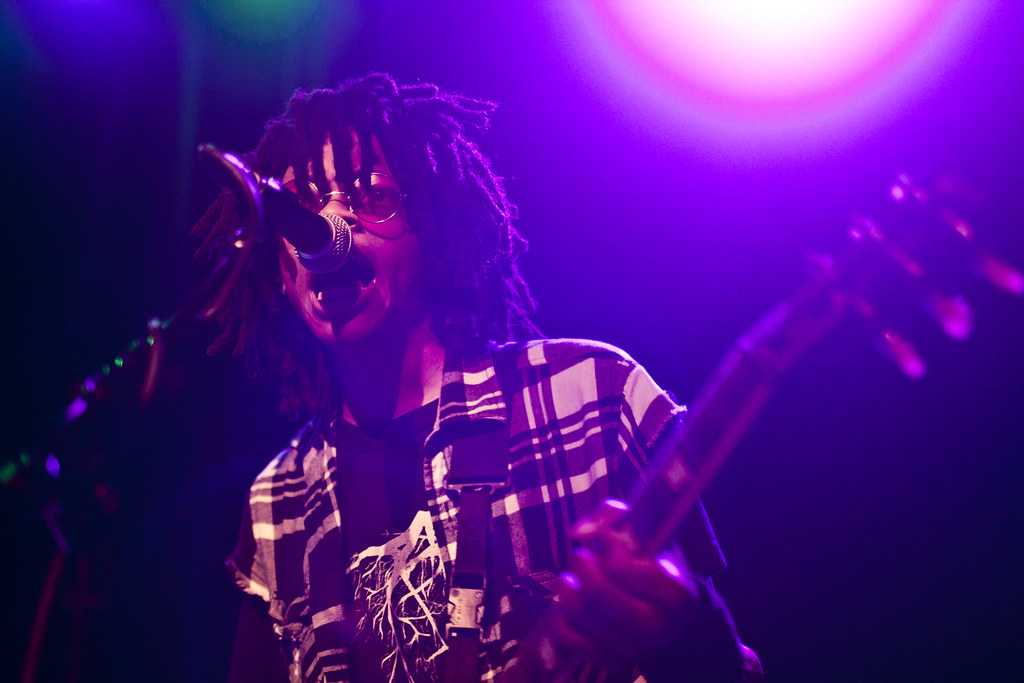 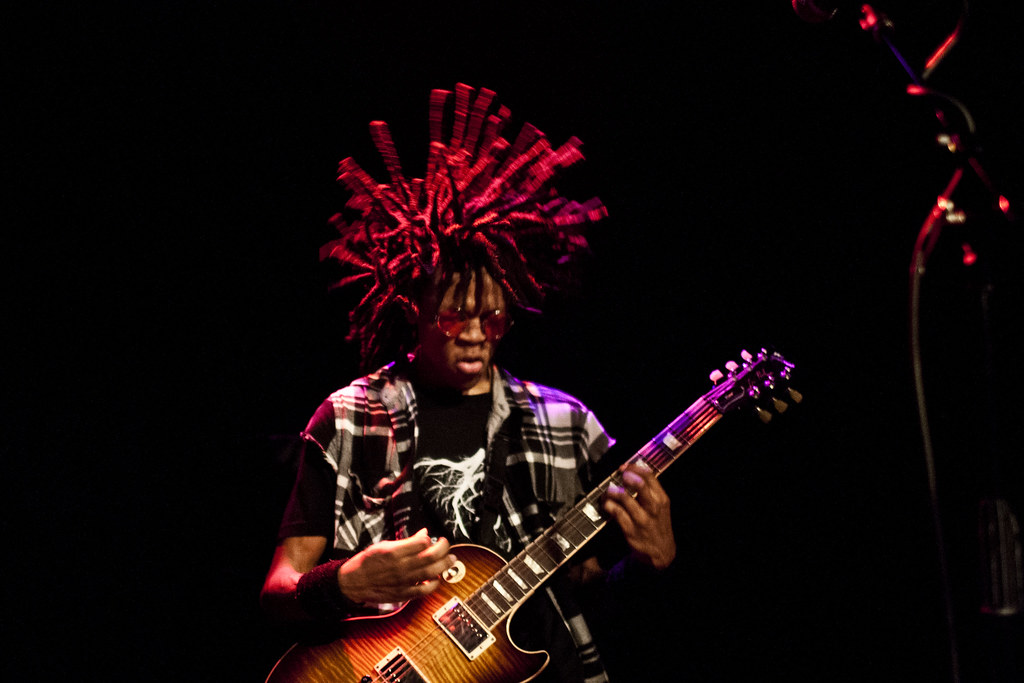 See Through Dresses announced yet another batch of tour dates, this time stateside.

The hard-touring Omaha band will join New York indie band Cymbals Eat Guitars in Oklahoma City on August 2, then travel north through the Midwest through August 6.

As you may have read here, See Through Dresses is fresh off of signing with North Carolina punk label Tiny Engines. The quartet is currently nearing the end of their European tour, stopping at Café Wagner Jena e.V. tonight in Jena, Germany (for our Thuringia readership, RSVP here.)

Lookout Lounge has announced a high profile punk show, as it will bring Teenage Bottlerocket and Pears for a show October 4.

Laramie, Wyo., pop-punk band Teenage Bottlerocket was formed by twin brothers Ray and Brandon Carlisle in 2001, and has released six full-length albums and a slew of EPs, split records and compilations. The now-quartet released Tales From Wyoming in March 2015 on Rise Records, after a five-year run with high-profile punk label Fat Wreck Chords.

New Orleans punks Pears have risen meteorically in roughly a year of existence. Its first LP, Go To Prison, was written in 14 hours and recorded in five weeks. The band’s quick success, due in part to extensive touring and its member’s experience in the New Orleans scene, led to its signing with Fat Wreck Chords, which subsequently released Go To Prison in July 2014.

According to the Facebook event, the two will play with an undetermined local band. RSVP to the show here for updates.

Let’s get to shows tonight, as there are a few big ones.

No Coast Fest kicks things off early today at Westfair Amphitheater with a 1:30 p.m. start time. Tickets are $15. RSVP here. Yesterday, we posted a short preview in our news section, giving a rundown of each band to get you ready for the day. Read that primer here. (We’ll be at the festival all day, be sure to say hello!)

Over at The Waiting Room, Will Butler will perform with Jo Firestone. RSVP here. By now, Butler is known not only as a member of Arcade Fire, but also for his solo work. He released debut solo album Policy in March under Merge Records. Read our review of his SXSW performance here.

In Lincoln, Wayne, Neb., native Emily Kinney will play The Bourbon with Dylan Gardner and Adam Tressler. RSVP here. You may also recognize her as the character Beth Greene from The Walking Dead. Kinney has released two EPs since 2011, and is slated to release full-length LP This Is War later this year. Kinney also performs tomorrow night at The Waiting Room, a show which sold out weeks ago.

For a complete list of shows, check out our events page here. As always, feel free to email us at news@hearnebraska.org with news tips, story ideas, and shows we may have missed.