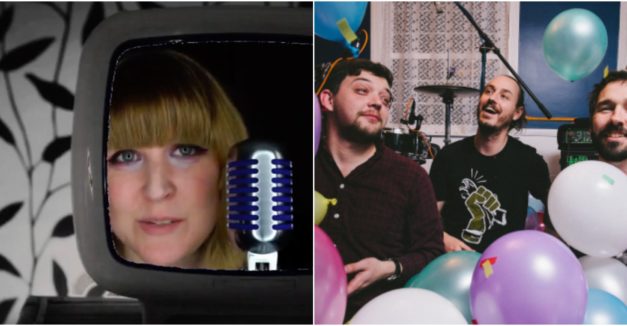 Lincoln chamber pop band Floating Opera has released a new video for its song “Infomercial,” which landed on the band’s new album Pop Song On The Elevator Down, released in February this year. Vocalist Genevieve Bachinski appears on television before herself, with sweeping footage of the band performing on a Lincoln stage. With all that, it has a pretty ‘90s-stylized theme. Check it out below:

As 2017 draws to a close, our year-end list contributors have given us their favorites in Nebraska songs, albums, concerts and music videos. Thus far, their picks comprise a diverse in-state offering of the year’s best.

In case you missed them, we rounded them up below. Sink your teeth into them and be on the lookout for two more: the most impactful scene developments of 2017 and a look at what lies ahead in 2018.

We’re off tomorrow and Monday, so these show picks will take us through the weekend. Get out of the cold and into one of these or ones listed in our statewide calendar here.

The Machete Archive, Unmanned, High Ruler at Duffy’s Tavern – Ten years ago this month, Lincoln instrumental progressive rock trio The Machete Archive released its debut Terra Incognita EP. They are back Saturday night for a rare performance, along with Unmanned and High Ruler. 9:30 p.m. show, $5 advance, $7 day-of, 21-plus. RSVP here.

Shithook at Duffy’s Tavern – If you need to blow off some steam at the end of this holiday, head to Duffy’s Tavern for some live band karaoke the Shithook way. 9:30 p.m. music, no cover, 21-plus. RSVP here.