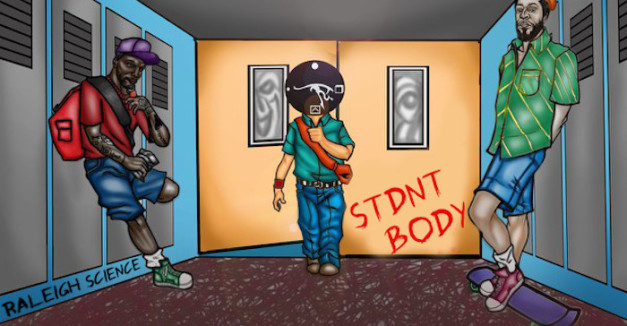 We’re as disappointed as you, but tonight’s Live at Turner Park show has been postponed due to rain.

Scattered thunderstorms are on tap pretty much all day. So even if the sky turned up clear for the 6 p.m. show, it’d be pretty unpleasant for concertgoers and families to sit in the park’s mud and wet grass.

That said, we’re pretty smitten with the Noah’s Ark Was a Spaceship/Snake Island! billing, so the show is being rescheduled for Aug. 27. That means the Live at Turner Park series will basically be extended one more week. AZP and Both will still perform next Wednesday at 6 p.m., and we’re still on track for The Bottle Tops and Travelling Mercies the next week.

Sorry for the inconvenience and to dash your Wednesday night plans. We’ll see you at Midtown Crossing next week, clouds willing.

If you’re still after a music fix tonight, though, Slowdown is in the midst of a golden week. With Jenny Lewis and The Apache Relay on Monday and Run River North last night, St. Paul and the Broken Bones cap off the mid-week concert rush tonight.

The Birmingham-based soul band released its debut LP Half the City in February. Hear Nebraska interviewed vocalist Paul Janeway about learning performing from preaching and all the heart and soul that goes into throttling himself around stage for an hour. Listen to that conversation here. Grab your tickets here; $12 is great value for this show.

It seems not a week can go by this summer without new Marcey Yates. The Omaha emcee just released his new LP Sophomore Slump yesterday. This time he teams up with XOBOI to become the STDNT BODY duo, continuing the educational thematic arc he began by releasing Social Studies this spring. You can download the brand new work here.

Just last month, Yates released an album with accomplished Omaha emcee Mars Black, Flamboyant Gods. It’s part of what Yates and company are calling the Raleigh Science Summer League Series, which implies there could be even more on the way.

Even considering the collaborators, the fact that Yates works as his own beatmaker means he’s not dependent on anyone else’s timetables or commitments, so this onslaught of releases is possible right up until he wants to take a breather.

Here’s a taste of Yates on our radio show earlier this summer:

There are still a few spots open for Nebraska musicians to contribute a full-length digital album to the Download Nebraska music collection with Omaha Public Libraries. As we said last week, there is a small licensing budget for approved submissions. Interested bands should email Hear Nebraska marketing intern Hannah Toohey at hannaht@hearnebraska.org. Ultimately, this is a terrific, community-oriented way to get Nebraska music in the ears of young people.