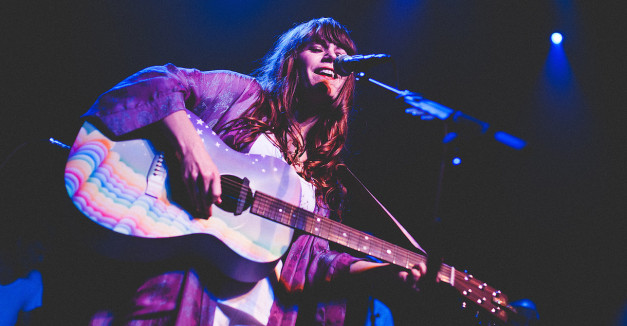 Jenny Lewis took the stage at Slowdown last night draped in a silky, purple robe with an all-white ensemble underneath. It’s the pseudo-uniform the singer has adopted over her few past performances.

After grabbing her rainbow-smeared guitar, the singer opened her set with “Just One Of The Guys,” the first single from her new album, The Voyager. 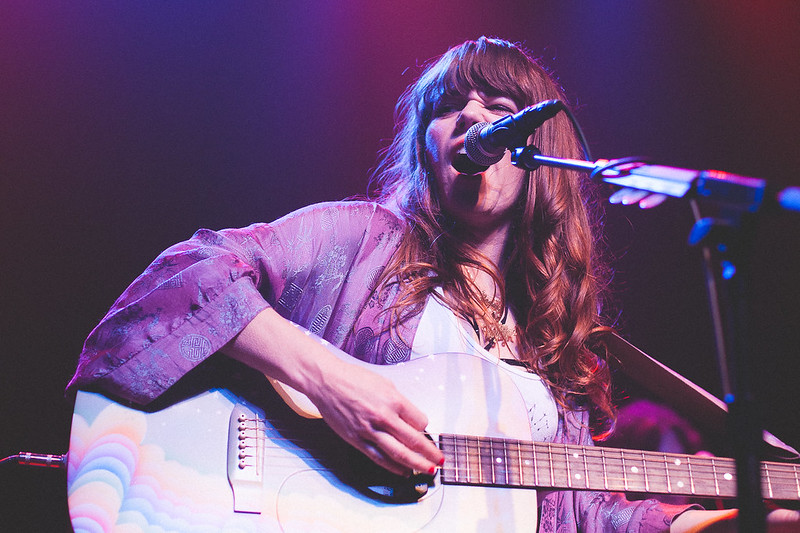 With a stage decked out in pastel instruments, Lewis was magnetic as she, and her five-piece band, delivered her powerful pop-rock. 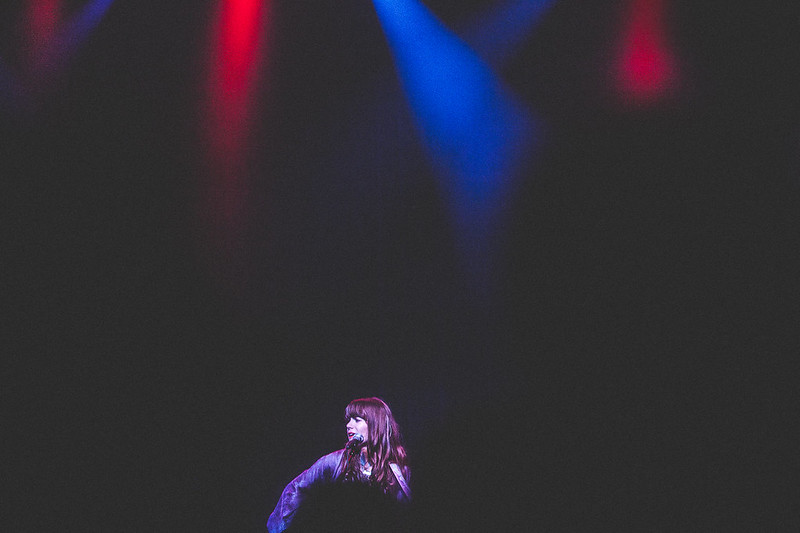 Though Lewis is a California native, the packed Slowdown show felt like a homecoming concert for the singer. Lewis, who has strong ties with Conor Oberst, Team Love Records and has performed on records from Cursive and The Good Life, acknowledged during the halfway point of the show that many of her songs were written in Omaha.

Before Lewis, the excited crowd took in the Nashville group The Apache Relay. The six-piece roots band performed with high energy, as they promoted their new, self-titled album and celebrated their final night on tour with Lewis and her band. 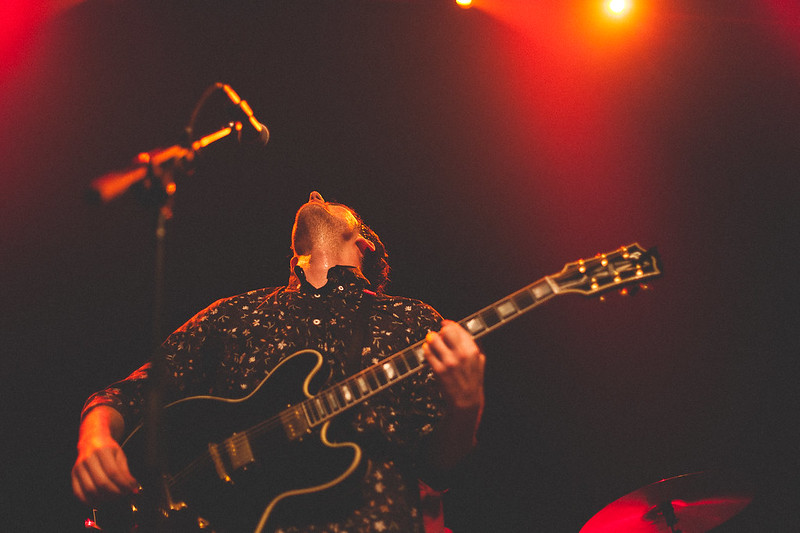 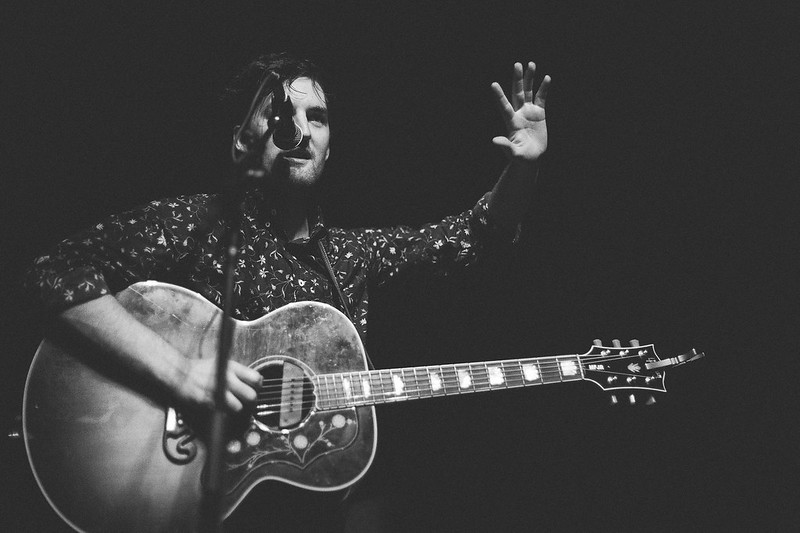 Lewis worked the crowd with her discography, as well.

After her entrance and first song, the singer launched immediately into the Rilo Kiley favorite, “Silver Lining.” The ecstatic crowd danced and sang along, a theme that continued even as Lewis played more more obscure tracks on her setlist.

Throughout the night, Lewis switched between piano, guitar and fronting the band with just a microphone. It was during those moments of only singing when Lewis appeared to channel Stevie Nicks, singing louder, harder track, such as Rilo Kiley’s ‘Moneymaker” and Lewis’ “Rise Up With Fists!!” 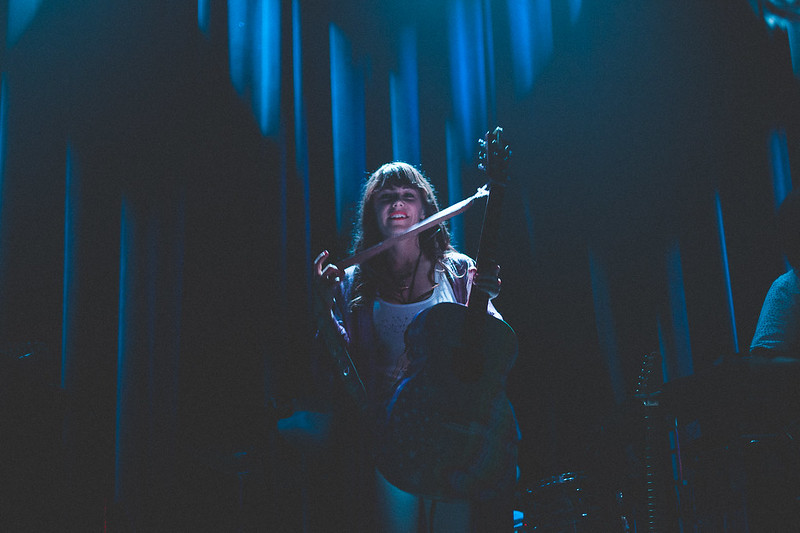 Lewis ended her set with the darkly humorous “Aloha and Three Johns” before leaving and returning for two encore songs.

The encore began with a gathering of both Lewis’ backing band and the men from The Apache Relay. As the 11 musicians crowded around a single microphone, Lewis began to play “Acid Tongue.” The result was “Omaha Tabernacle Choir,” as Lewis called it.

See more photos from the show below 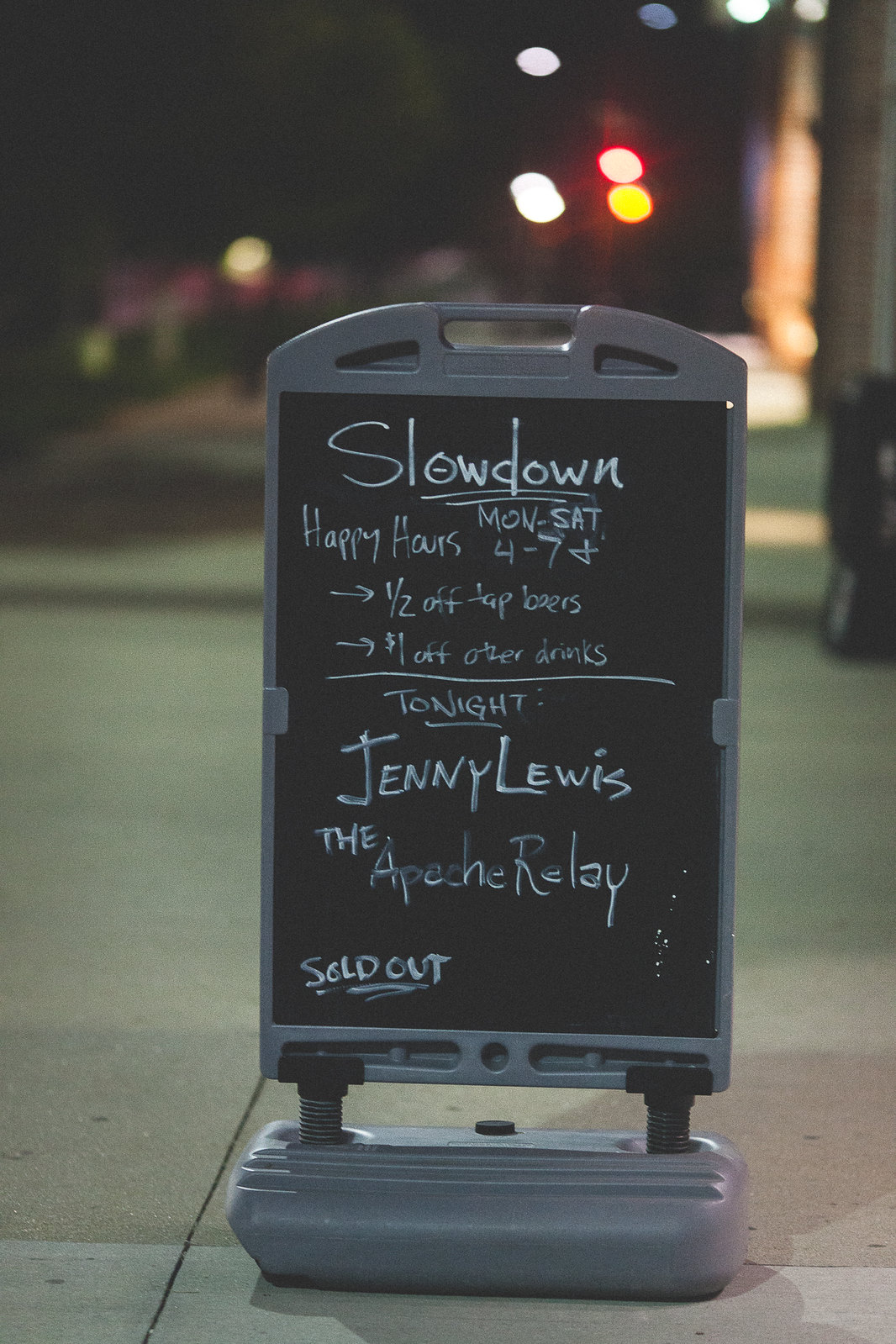 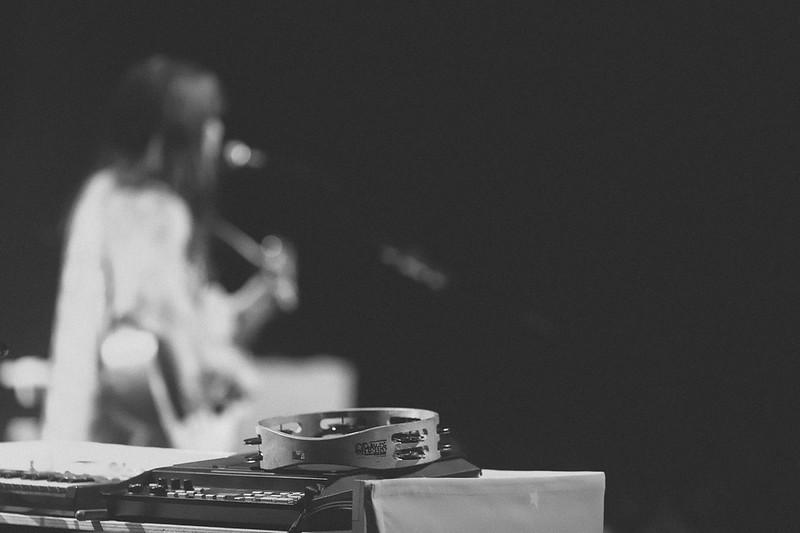 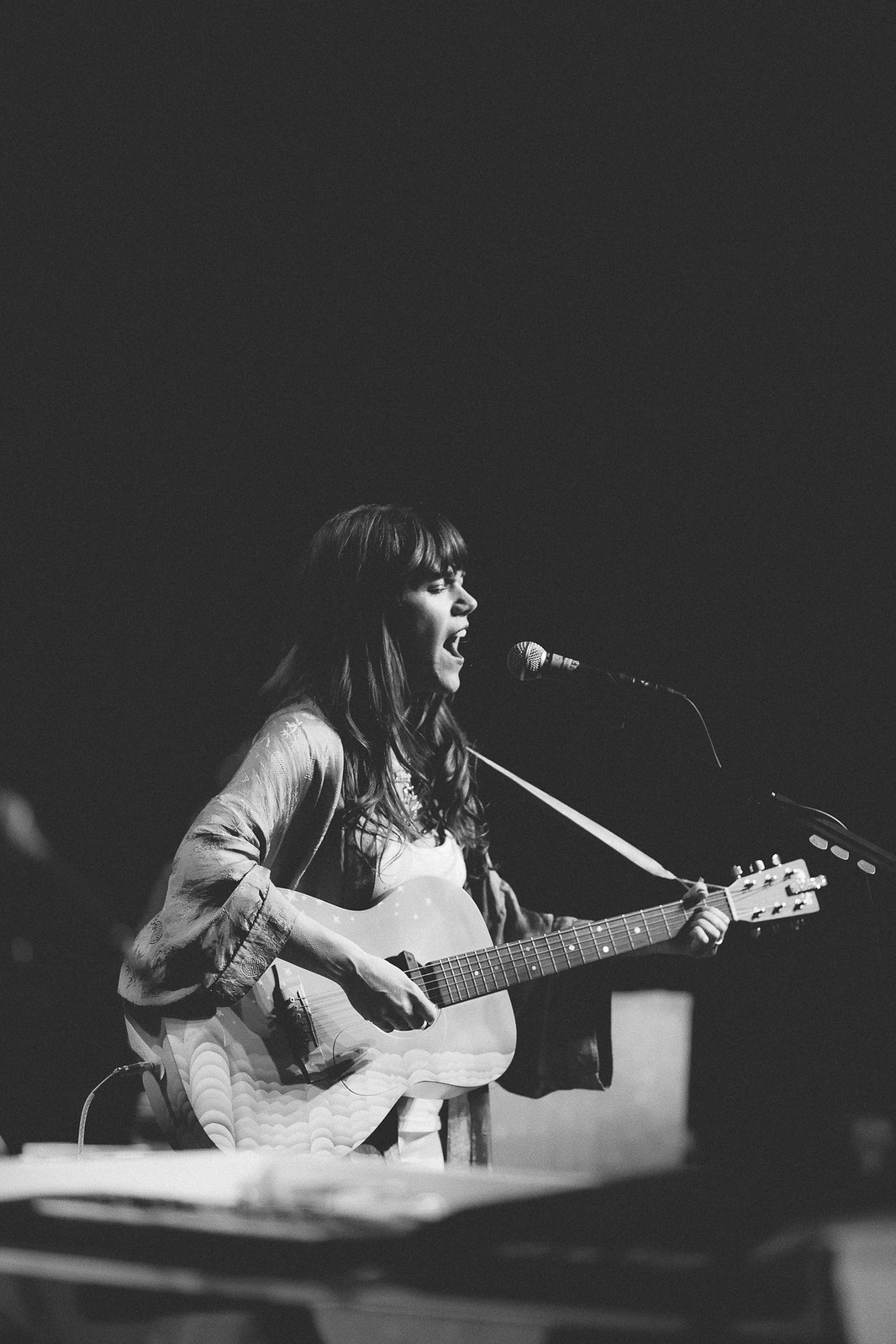 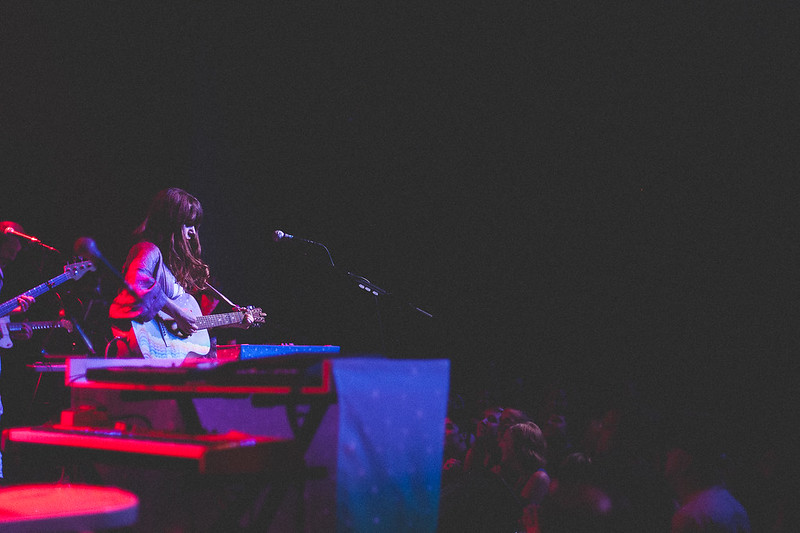 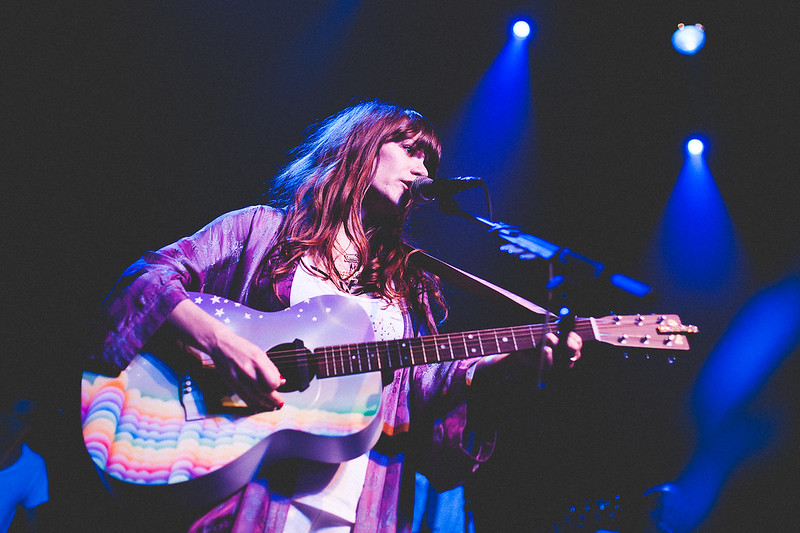 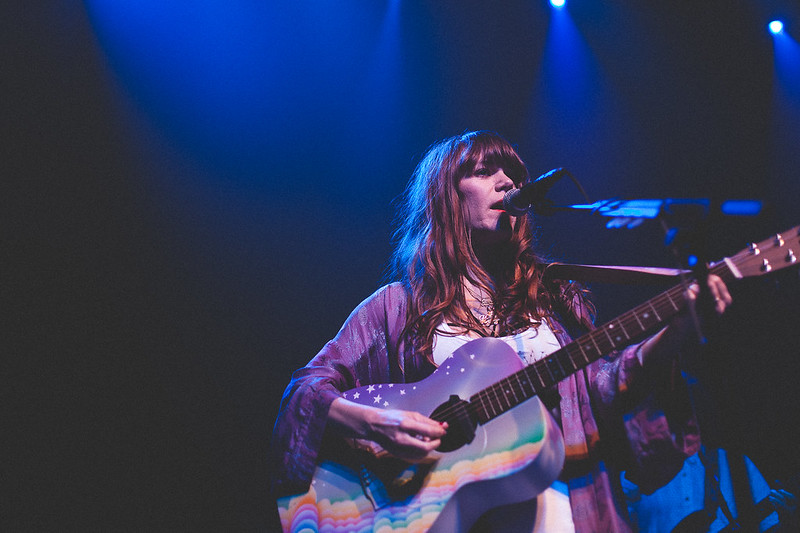 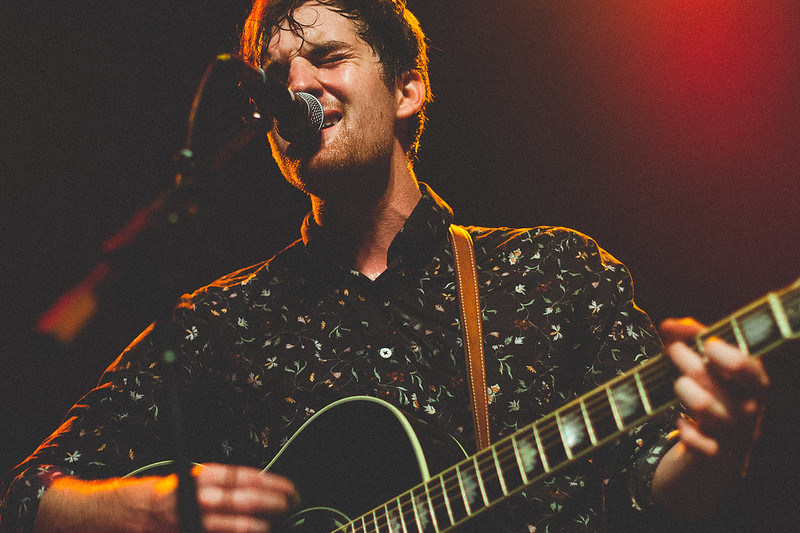 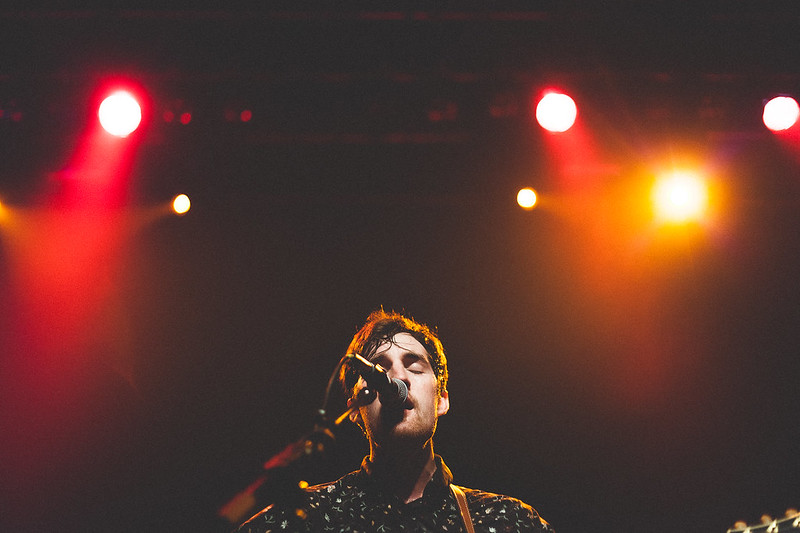 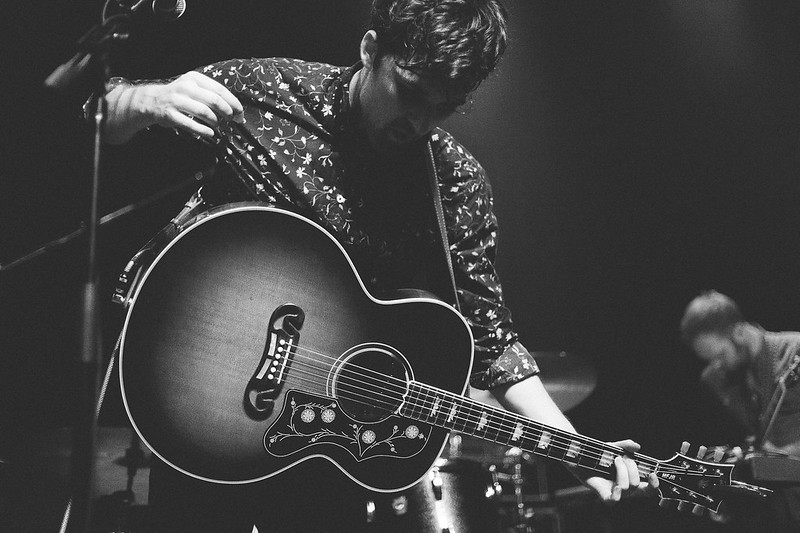 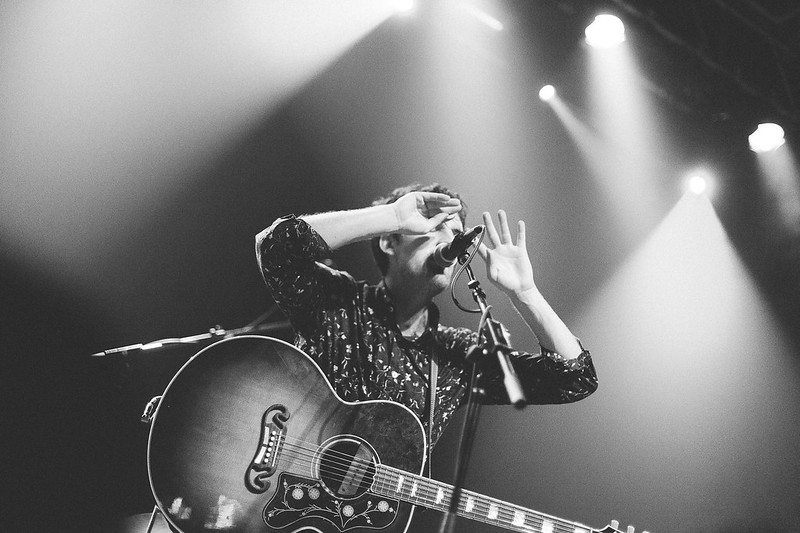