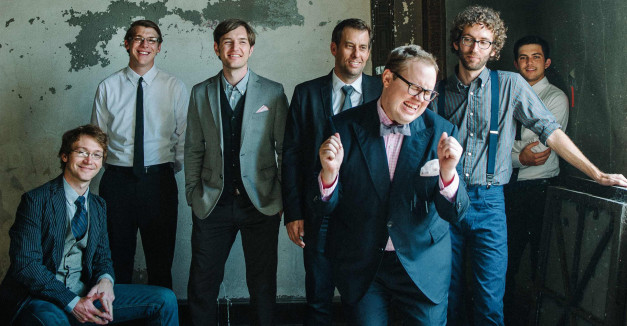 Before the stagelights glimmer to life, self-preservation is somewhere in the back of Paul Janeway’s head.

But you don’t garner comparisons to Aretha Franklin and Otis Redding, you don’t move heaven and earth with the swagger of preacher in hysterical throes by saving a little something for the next night.

No, Paul turns into St. Paul — an “exaggeration” process, he calls it — once he sets two feet on the stage. And if you’ve seen St. Paul and The Broken Bones perform, you know they don’t stay anchored there.

The Birmingham-based soul group has made great national strides in the last two years. Six players deep, they released their acclaimed debut LP in February, Half The City. Then came festivals and network talk show appearances for the band led by a man who nearly called it quits on music and became an accountant. Many have noted that Janeway looks more suited for that profession at first glance. A first listen dramatically proves otherwise.

Before Janeway and company play Slowdown Wednesday night, Hear Nebraska spoke on the phone to Janeway about what a performative preacher does when the crowd is cold and how he unwinds from the emotional hurricane of a Broken Bones show. Listen here: