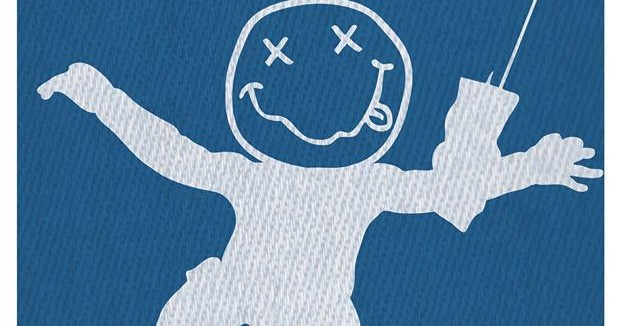 Let’s not live in the past. Let’s not act like everything good already happened, like all the best days are behind us. After all, on May 13, 1990, a year and a half before Nevermind, who could have projected Nirvana’s meteoric rise to the center of national music attention?

Dave Grohl hadn’t even joined the band when Nirvana played Duffy’s that night. Nirvana had some steam coming off the release of Bleach, but to think that 18 months later the Seattle grunge band would drastically alter the pop music landscape would be a lucky guess.

This isn’t to say the performance isn’t an interesting piece of local music lore, worth remembering and celebrating. But it should be celebrated less as The Best Thing to Ever Happen in Lincoln Music and more as serendipity. Celebrated as the idea that a band playing local stages actually stands a chance to make an impact, even if it isn’t to the degree that Nirvana did.

That seems to be the spirit of that show’s 25th anniversary celebration at Duffy’s on May 13 (RSVP).

Freakabout heads out on the second leg of its debut album release tour today. The Lincoln hard rock band released Don’t We All last month. Read our take here. Maha also announced the group as one of the local acts to play the festival this year. But before that, you can catch them over the next week in these cities:

Yesterday morning The Bourbon announced The Temptations on May 28 (tickets now available) with the promise of another exciting announcement that afternoon.

On Tuesday, June 23 George Clinton and Parliament Funkadelic will play the venue. Tickets go on sale tomorrow. Launching from ground laid by the Motown sound of The Temptations and similar ‘60s acts, Clinton is widely credited with pioneering the funk genre.

In 2011, Clinton worked with Lucas Kellison at the Lincoln musician’s Sadson studio.

Read about Kellison’s experience with the legend here. He told the Daily Nebraskan:

“It was sort of an out-of-body experience. I’m not usually the type to get star-struck, but, I mean, this man is George Clinton. I put him up there with Paul McCartney and Michael Jackson and all the other masters of their art. Like, I had this intro idea for George, and I’m thinking, ‘Oh my God am I really trying to be funky for George Clinton?’ The bass line was going on this one track and George looks to me and says, ‘That’s a mean line.’ I should have retired right there.”

Tickets go on sale tomorrow for $32. This is probably not a show to sleep on. Get tickets early if you want them.

These last couple of weeks, we’ve been talking some about Chris Farren of Fake Problems and Tim Kasher’s Record Store Day split You Be Me for a While, out on Saddle Creek on Saturday.

Last week, we published a feature interview with Farren about his relationship to Kasher and how the split came to be. Earlier this week, Stereogum premiered Kasher’s track from the split. And now you can listen to Farren’s over at Alternative Press.

Buy the split on Saturday to hear Farren and Kasher’s versions of each other’s songs.

Oquoa begins its April residency at O’Leaver’s tonight. The Lincoln-Omaha band plays its first of three O’Leaver’s shows and each night features a diverse supporting bill.

Tonight, that means McCarthy Trenching and Universe Contest. RSVP here. Next week, Oquoa plays with Thinking Machines and Sam Martin. The week after, the band plays with James Maskestaad and Miniature Horse.

At Zoo Bar tonight, Sun Day plays its album release show with Izzy Dominguez and Winded. The folk-pop record will be available on cassette tape. Stay tuned to Hear Nebraska today for a write-up on the release. RSVP here.