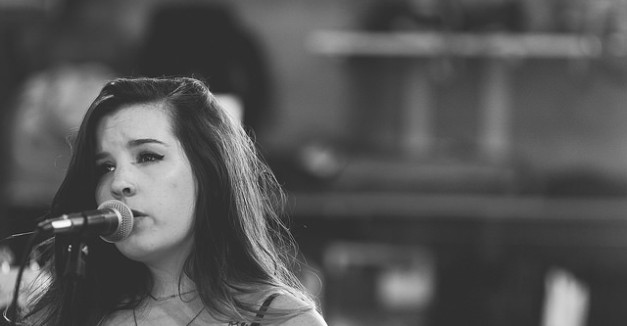 Obadiah Maina and Jon Banker will join the band on lead guitar and bass, respectively. Guitarist Nathaniel Jensen told us Banker is standing in for founding bassist Pat Reilly while Reilly studies in Turkey. Maina replaced guitarist D.J. Jordan after he moved to Virginia.

Both Maina and Banker play in Super Ghost with Lot Walks drummer Jake Newbold. The two moved to Omaha from North Central University in Minneapolis, the same college Jordan attended.

The lineup change comes just in time for what’s sure to be a busy 2015. Lot Walks’ debut full-length gets mastered at the end of this month by Doug Van Sloun at Focus Mastering. Lot Walks recorded at Power Base Studio with Neil Liang in Wisner, Neb.

Jensen says when Reilly returns to Omaha, he’ll resume playing bass and Banker will take on a new role, likely as multi-instrumentalist.

“There is always room for more talent,” Jensen says.

Last month, we wrote about Aaron Jordan scoring a film that premiered yesterday at SXSW. The Anniversaire frontman worked with director Patrick Wang for the score to The Grief of Others. The film also included the Anniversaire song “Southerly.”

The Grief of Others was one of ten narrative films to screen at the festival’s film showcase.

Over the weekend, the World-Herald published a very nice feature on Jordan and his path from title researcher to elementary school music teacher. Read it here.

Tonight, we’re thrilled to be joined by James Maakestad on Hear Nebraska FM.

You’ll know Maakestad from his work in defunct Omaha bands Bear Country and Gus & Call. He currently plays upright bass with McCarthy Trenching. On the show tonight, he’ll play a selection of his original music.

Speaking of, a Bear Country track leads off our HN Radio playlist this week. You can stream it at the top of any page of HearNebraska.org. This week, specific submissions come from Nebraska emcees Ichiban Hashface and Jacob Hamilton, as well as the rock band Battling Giants.

Tonight, Of Montreal plays The Waiting Room with Deerhoof. Tickets are $20, and find more info here. Of Montreal is on tour supporting the release of Aureate Gloom, the psychedelic pop group’s 13th full-length release.

The show happens just one week after the announcement that Icky Blossoms will join Of Montreal on tour at the end of April. Find details here.

We’re headed down to SXSW Wednesday morning. Who should we see? You can email us at news@hearnebraska.org with your specific recommendations or comment below.