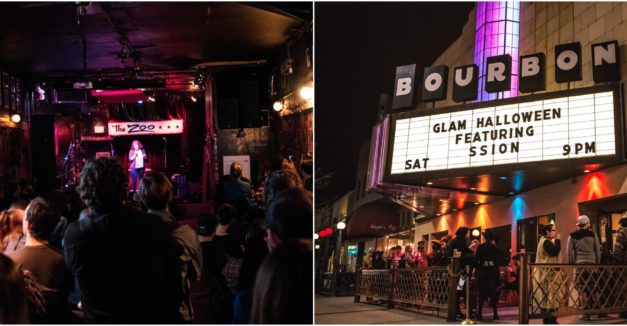 As Lincoln strives to become a tourism destination known for more than football — with a revamped Haymarket, emerging local businesses and its ever-vibrant music community — some have apparently taken notice.

The Capital City has landed on tourism guide website Lonely Planet’s top 10 “Best Cities in the U.S.” to visit list, thanks in part to its “live music venues.” The list places Lincoln at no. 3, below Asheville, N.C., and the entire region of Western Washington and above “California’s Low Desert” and Montana’s Flathead Valley.

The online magazine published an article last month about Lincoln, citing live music (naming Vega, The Bourbon and Zoo Bar specifically), local breweries, sprawling bike trails and the state capital as reasons to visit (it even used an unsavory yet common colloquial euphemism).

In addition to the city’s live music scene — the activity around which it attributes to some 25,000 college students — Lonely Planet also raves about the Haymarket District, “where century-old brick warehouses hold modern art galleries (especially festive during First Friday Artwalks), funky specialty shops and a whopping Saturday farmers’ market.”  The write-up also notes Lincoln’s multicultural makeup, nodding to its history of refugee resettlement, and the upcoming Nebraska 150 celebration.

As with any top 10 survey, a skeptic might have a little fun with this list. While it boasts “cities,” half of the list is composed of entire regions — the Adirondacks, Texas Hill Country’s wine region — so it’s scope is a little unclear. And the strength of Lincoln’s scene isn’t only due to its student population; in fact, many in the community are constantly trying to strengthen that very connection (we’re hoping Lincoln Calling and places like The Bay can help).

Even so, the company is good, with Atlanta, Denver and Florida’s Emerald Coast rounding out the top 10. View the entire list and what the article has to say about Lincoln here.

A pair of musicians with Nebraska connections are at the forefront of a New York theater initiative that aims to highlight Latinx talent.

The production, directed by Elena Araoz and presented by New Georges, is the very first of 12 for The Sol Project, a new New York-based theater collective established to raise visibility for Latinx playwrights. The project was founded by Artistic Director Jacob G. Padrón and funded in part by “Hamilton”’s Lin-Manuel Miranda, as well as Time Warner Cable and an anonymous donor.

“This is a cool thing,” Ocanto said via a post on his Facebook page, along with the Playbill article detailing funding news. “I’m very proud to be part of this production.”

Thus far, five other Off Broadway organizations have signed on to the Sol Project, agreeing to certain stipulations that work toward its mission. They include hiring production teams comprised of as many minority artists as possible, commissioning scripts from Latinx playwrights (for $15,000) and guaranteeing meetings with unknown artists recommended by the Sol Project. The plan is to start locally with Off-Broadway and spread regionally.

“Alligator” follows the story of twin orphaned teenagers who live in backwoods Florida Everglades and wrestle alligators at a roadside attraction. More from the synopsis:

Careening through encounters in their small tourist town, they meet self-destructive young locals looking for a future and desperate young wanderers looking for a home; all carry secrets under ever-present layers of desire. Alternately realistic and surreal, scored with gritty rock music, Alligator is a muscular, satisfying play about learning to tame our darkest impulses.

This isn’t Ulicny’s first run at scoring for theater. He, along with Anna McClellan and our own Aaron Markley, wrote and performed music for Omaha’s Rose Performing Arts Theater production of “Plastic Drastic.”

Learn more about the Sol Project here, and read more via the New York Times here.

Nearer the holidays, more events come our way with great causes. Find a few selections below, and see a fuller listing at our statewide calendar here. Don’t let the fact that it’s really freaking cold outside deter you.

In Blackstone, Those Far Out Arrows plays Brothers Lounge and releases a new cassette Where Are You? It’s the follow up to the band’s March 2016 LP From The Sun. Lazy Wranglers and Big Slur round out the bill. RSVP here.