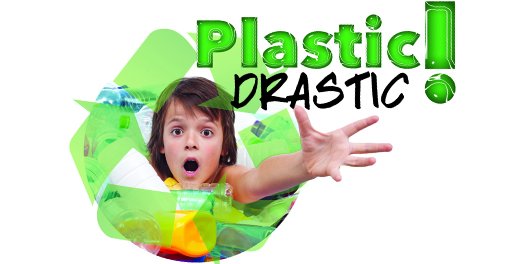 Graham Ulicny used to love puppet shows. As a kid growing up in the Atlanta area, his school would sponsor field trips to the Center for Puppetry Arts. When he was approached to help score an upcoming environmentally conscious production at Omaha’s Rose Performing Arts Theater, his favorite childhood movie came to mind.

“Honestly the first thing I thought about was Dark Crystal,” Ulicny says.

Ulicny, singer/songwriter Anna McClellan and The So-So Sailors’ (and HN programming manager) Aaron Markley have teamed to write the score for the Rose’s production of “Plastic Drastic.” The trio will perform original compositions live throughout the show’s three week run, which starts Friday, Feb. 26.

“Plastic Drastic” tells the story of a young brother and sister trying to find their parents after storm buries their home in plastic trash. Through grand-scale puppetry directed by Elena Araoz, the story follows them out onto the open sea as they battle monster after monster before shipwrecking on the Great Pacific Garbage Patch.

We spoke with Ulicny, who was approached by Markley roughly a year ago to participate in the project. Markley and McClellan had worked with Araoz before, and Ulicny says the selling point was hearing the director’s visual vision.

“The production is so visual,” Ulicny says. “There’s really interesting stuff with lighting and … moments where these huge puppets are onstage.”

While “Plastic Drastic” doesn’t purport to be as dark David Bowie-starring film, Ulicny says it’s been an interesting new approach to write from Araoz scripted visual cues. A fan of onstage theatrics in his own performance, he says the trio has enjoyed writing for dramatic changes throughout the play, and looks forward to taking it over the top.

“I feel like in a band environment, where you go to a club and see a show, some people get really turned of if people are expressive onstage,” Ulicny says. “This is cool because that’s being encouraged very heavily.”

When any relationship has run its course, the toughest part is often finding the gall to end it. If things are left to stew for too long, though, it can become toxic.

Omaha singer/songwriter Cat DeLuca visually explores that idea in her new video, released earlier this week. “The Game” depicts dark statuesque imagery and a omnipresent gloom, reminiscent of the fight that explodes out of the tension.

“I wanted anyone watching to feel the same intensity that kind of loomed over my existence for awhile,” DeLuca says.

“The Game” is also the first single from her forthcoming The Unloved Kids Club EP, due out early-April. DeLuca performs Friday, March 4 at Slowdown with singer/songwriter Emily Wells (RSVP here).

View the video for “The Game” below (directed by Ronnie Massow and shot during Fall 2015):

Michigan post-hardcore band SycAmour comes to Lookout Lounge for its nationwide tour kickoff show. Brightwell, The Point Past Insanity, Mirrors & The Way Out round out the bill. RSVP here.

Head to our statewide calendar at hearnebraska.org/events for a full listing of this week’s shows and beyond. Keep those news tips and story ideas coming to news@hearnebraska.org. See you on the air tonight at 8 p.m. for Hear Nebraska FM. Tune in via 89.3 FM in Lincoln or stream live at kzum.org.