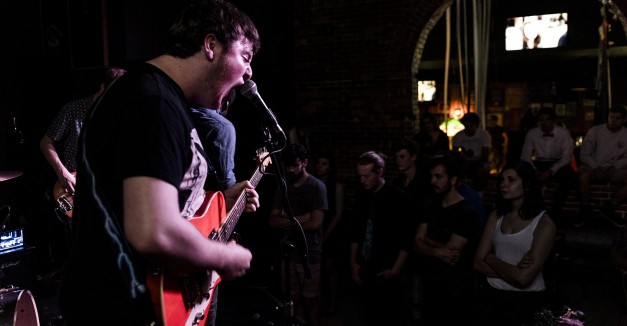 A few local Omaha musicians are hosting singer/songwriters at Bench this Friday for an experimental-house-show-meets-podcast format called Bench Sessions. Friday is the first installment.

Sam Vetter, Bazile Mills guitarist and series creator, will perform solo on a billing with bandmates David Mainelli and Laura Streeter. They will be joined by Los Angeles troubadour Jared Burton, who is currently touring the country by train. Vetter plans to record each performance in addition to artist interviews, which then will be compiled into a podcast.

Vetter and Mainelli initially conceived of the series as an intimate, invite-only house-show, deciding on the co-working space inside Bench wood workshop because of its ready-made stage and industrial environment. Ideas began snowballing, and if the series is successful, he says he’d like to compile a best-of for the end of the year.

“I think the participants and the small audience will have a memorable night, which goes back to Dave’s original goal,” Vetter says. “It will also be a thrill to share the experience beyond the Bench commons area and see where it all leads.”

The event is invite only, but check out the series Facebook page here for more information.

Laughing Falcon plays the fourth installment of the season this Friday. Join us at noon. See photos by our Peter Barnes here: 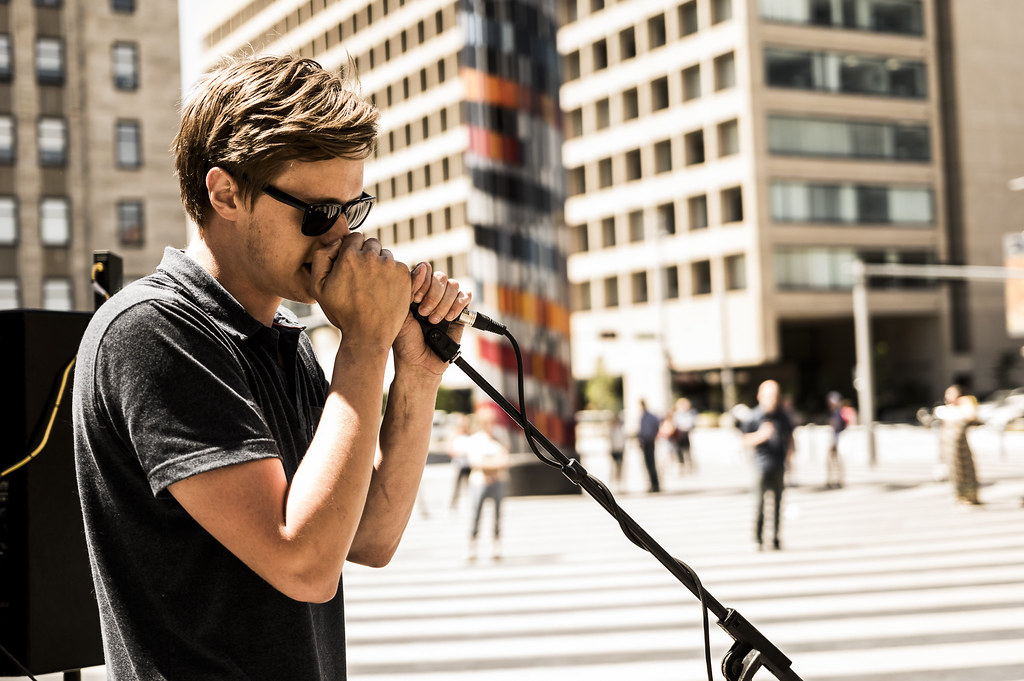 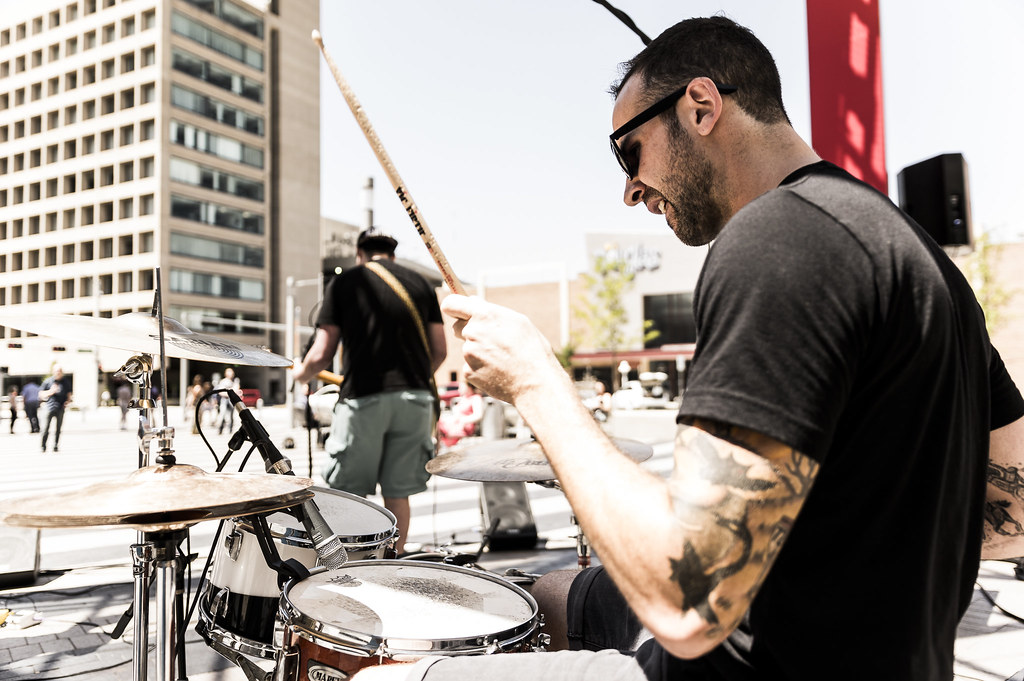 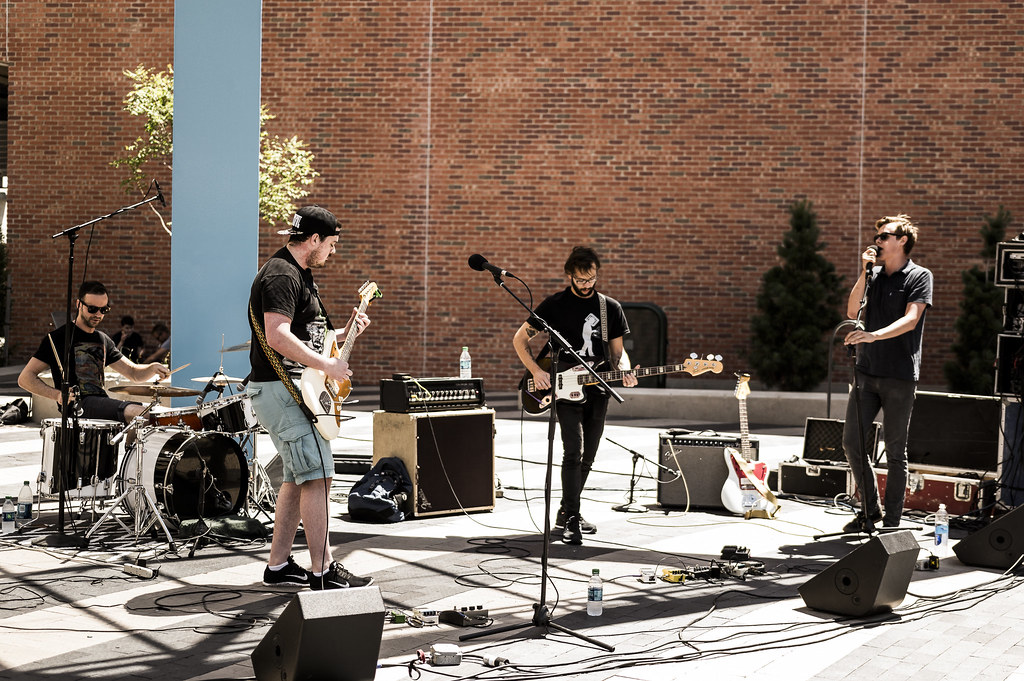 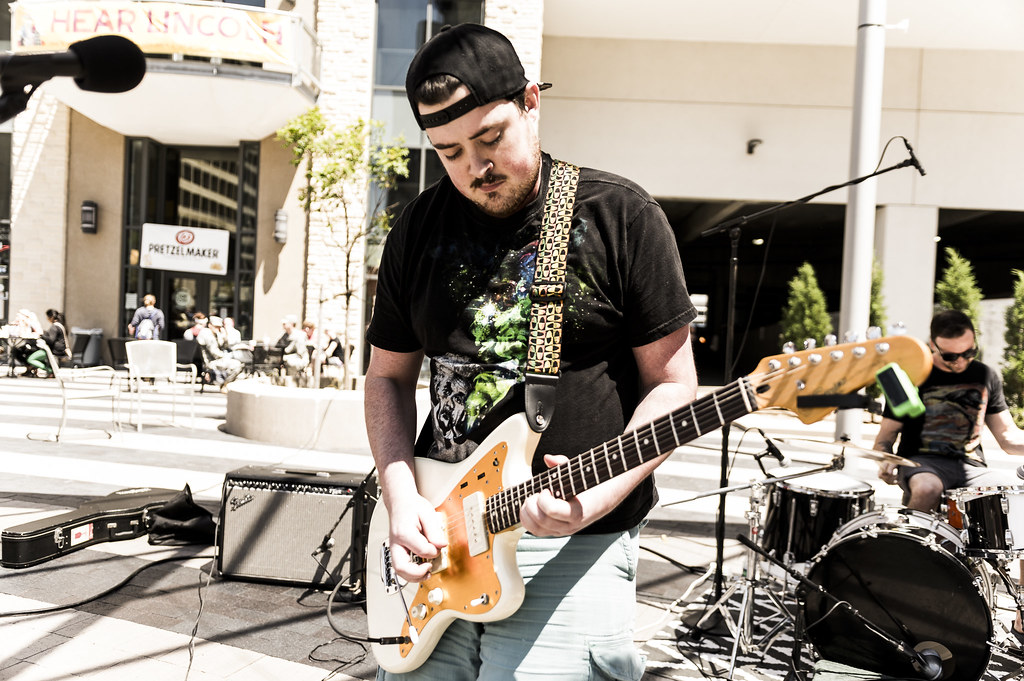 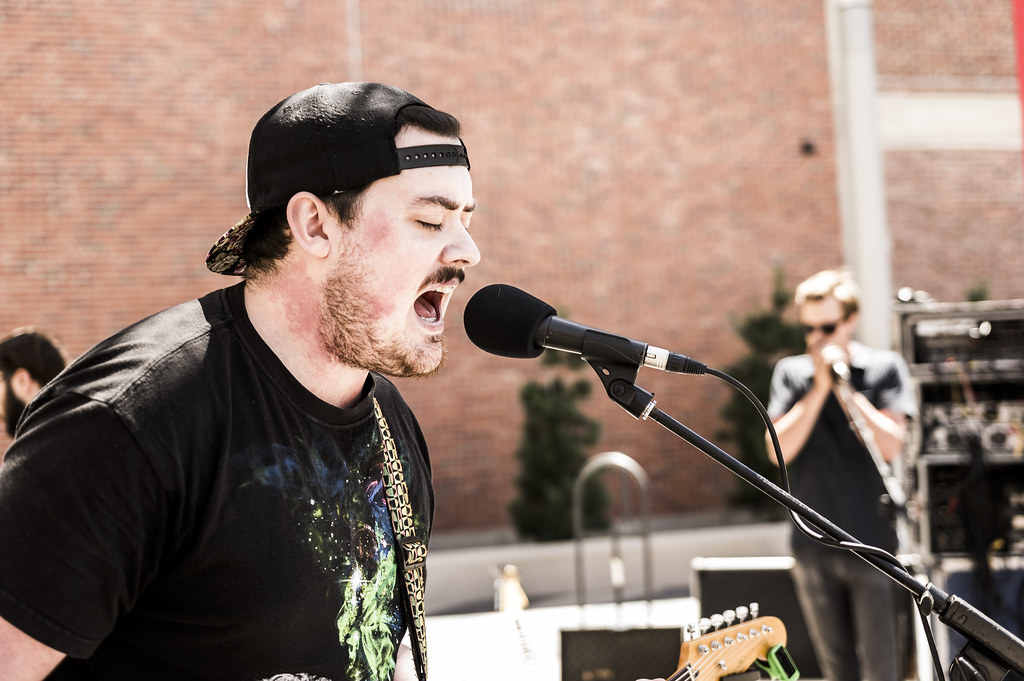 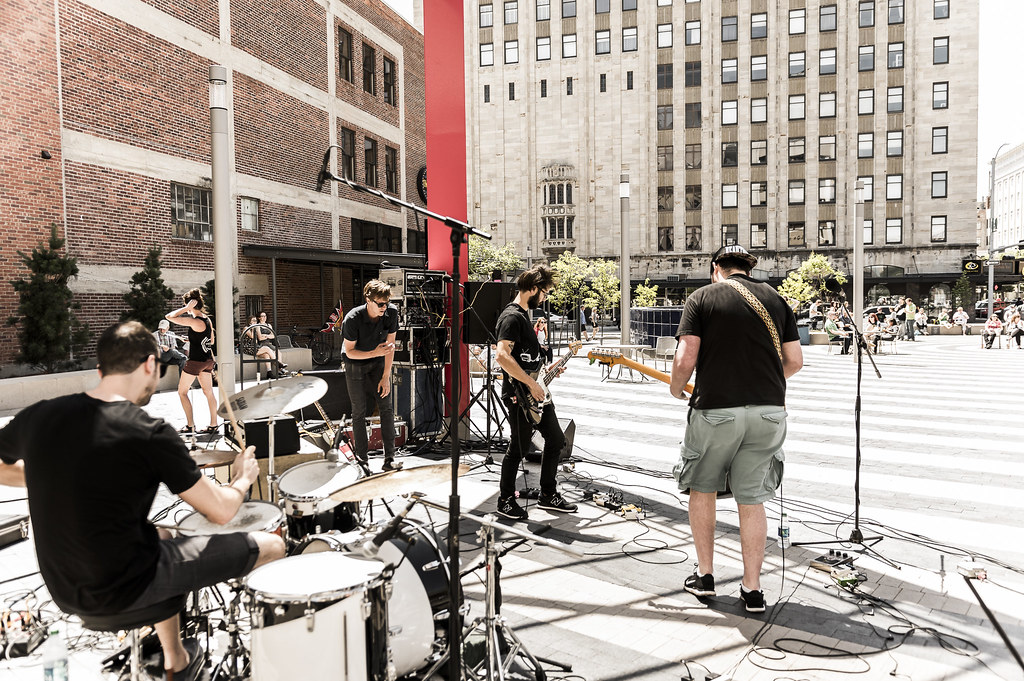 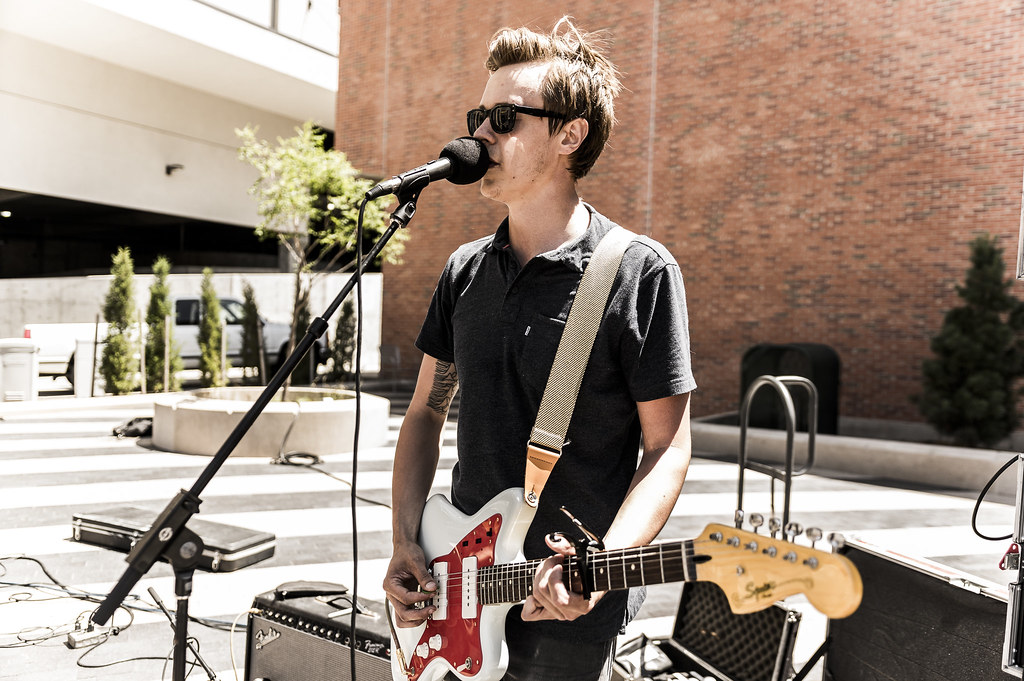 On Saturday, HN writing contributor Jeff Lawler was at Reverb Lounge for a local rock billing with Congruency, Can’t, Won’t and Super Moon:

“Three local Omaha groups, each representing a different style of rock, played to a solid crowd at the Reverb Lounge in Benson on a hot and humid Saturday night. The intimate venue lent itself well to the three-act billing, allowing the crowd to get up close with each group.

Can’t, Won’t started off the night with a quick set of sludgy guitar riffery. Chanted vocals mixed with chunky bass and straight up rock drumming made for a dynamic mix. The band also tossed in a few quick songs with no vocals, allowing both guitarists and the bassist to showcase their impressive chops.

Stoner/doom rock foursome Super Moon turned in a bludgeoning set of intense, in your face guitar fuzz with a definite classic rock vibe. The guitars and bass were on point, and Clayton Pace pushed the band over the top with bombastic drumming. His playing was dynamic and precise, giving the group a huge shot of momentum.

Congruency took the stage in front of a crowd of around 50, turning in a set of jangly guitar rock, with nods to everything from blues to punk. The groups has been playing in and around Omaha for a couple of years, and is in the process of putting together an EP for release this year.

Guitarists Nathan McInnis and Colin Heskin shared lead vocal duties, while drummer David McCinnis contributed solid backing vocals, effectively harmonizing with the two leads. Most of the songs were solid, upbeat rockers, but the group slowed it down near the end of the show with “Pleasures Won’t Last,” a midtempo number reminiscent of mid 90s guitar pop. The group also treated the crowd to a sing-along cover of “Dig a Pony” by the Beatles.”

Then, contributing photographer James Dean took in Saturday’s Duffy’s show with Chicago’s The Kickback, Stillwater, Oklahoma’s Deerpeople and Lincoln’s Once A Pawn and A Ferocious Jungle Cat. At the bottom, you’ll see a shot from The Midland Band at Bodega’s on Friday night. The Midland Band at Bodega’s Then, our Peter Barnes spent Sunday night at Duffy’s Tavern for an I Forgot To Love My Father/Super Ghost/Izzy Dominguez billing that included comedy from Lincoln’s Joey Zimmerman. Izzy Dominguez, by the way, releases a new tape this Friday at SP CE Commons. RSVP here. 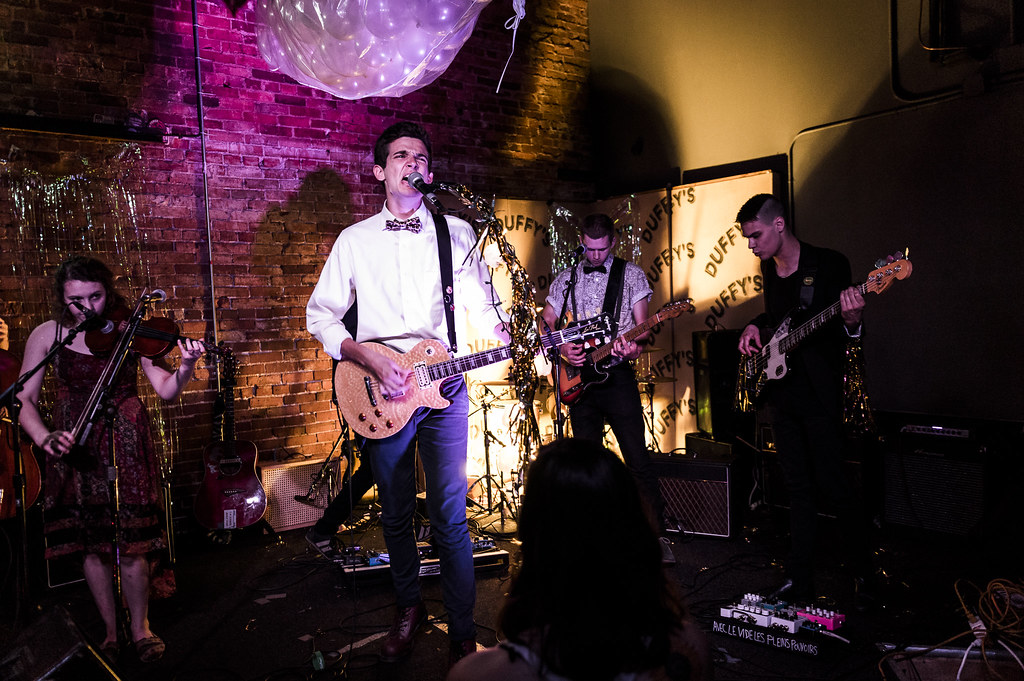 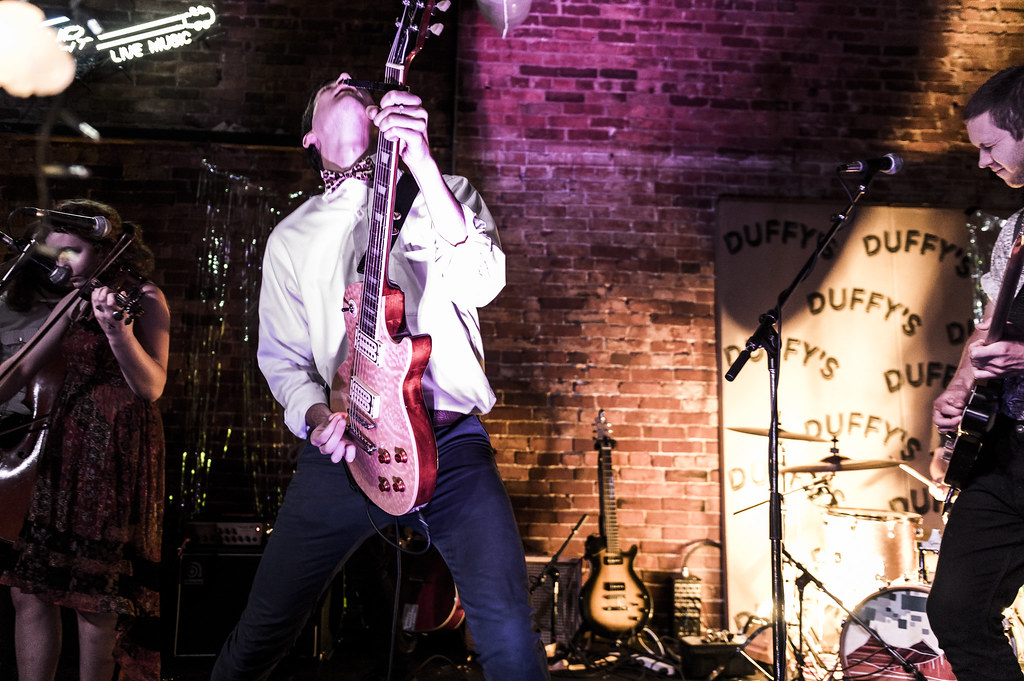 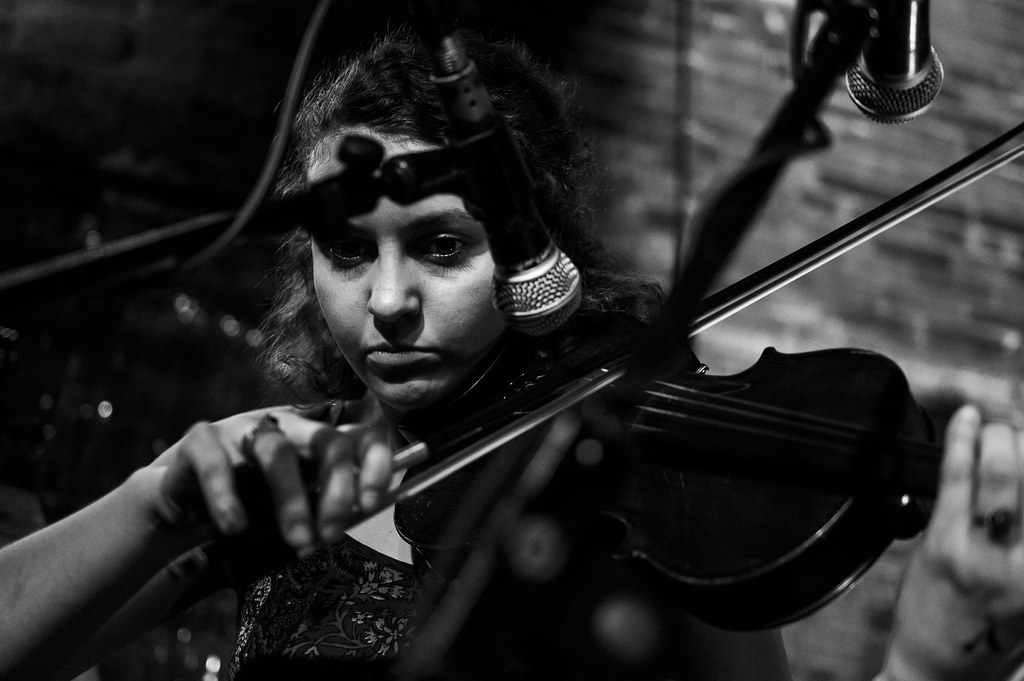 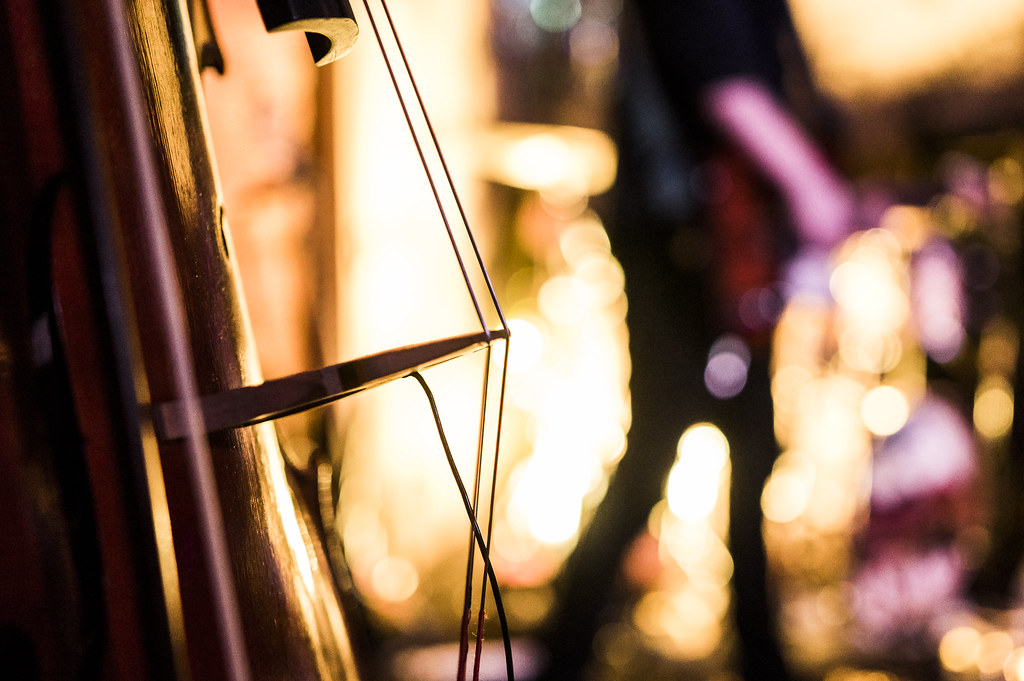 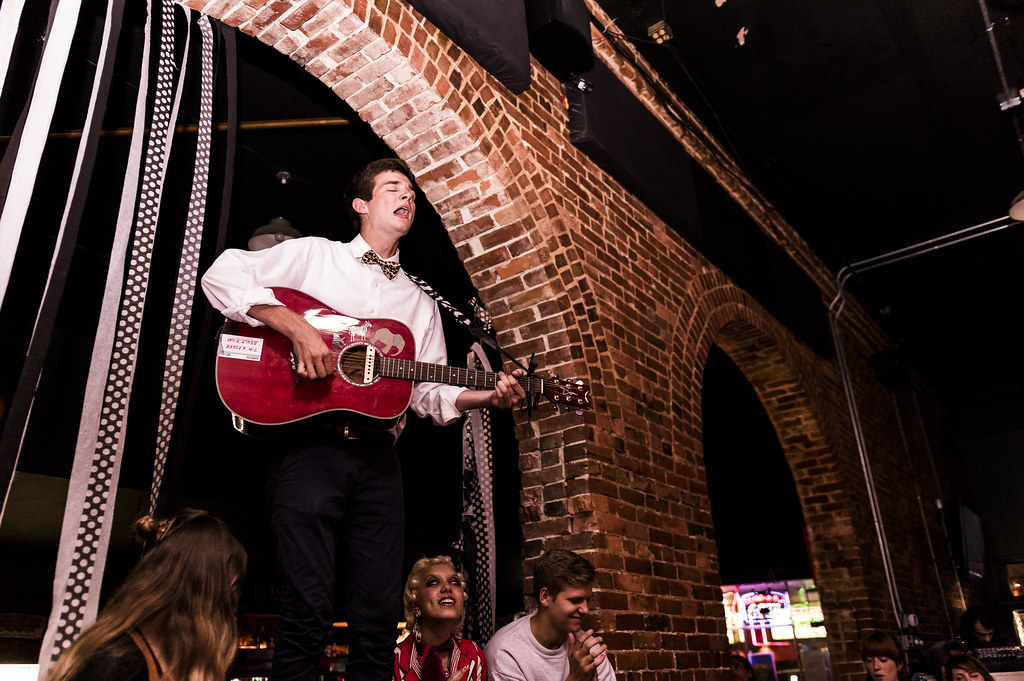 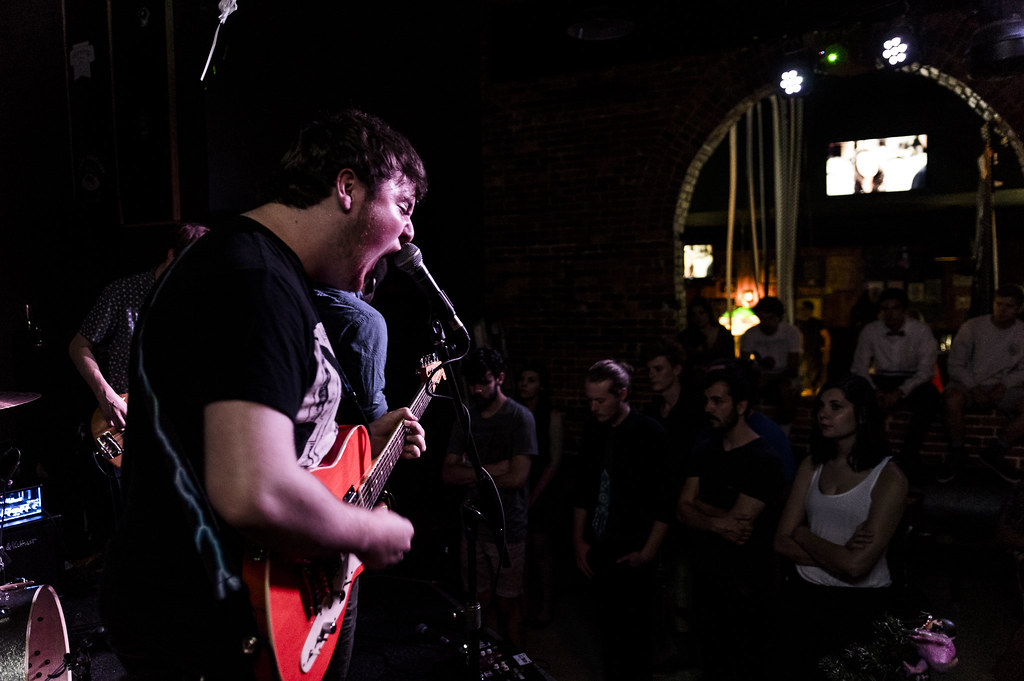 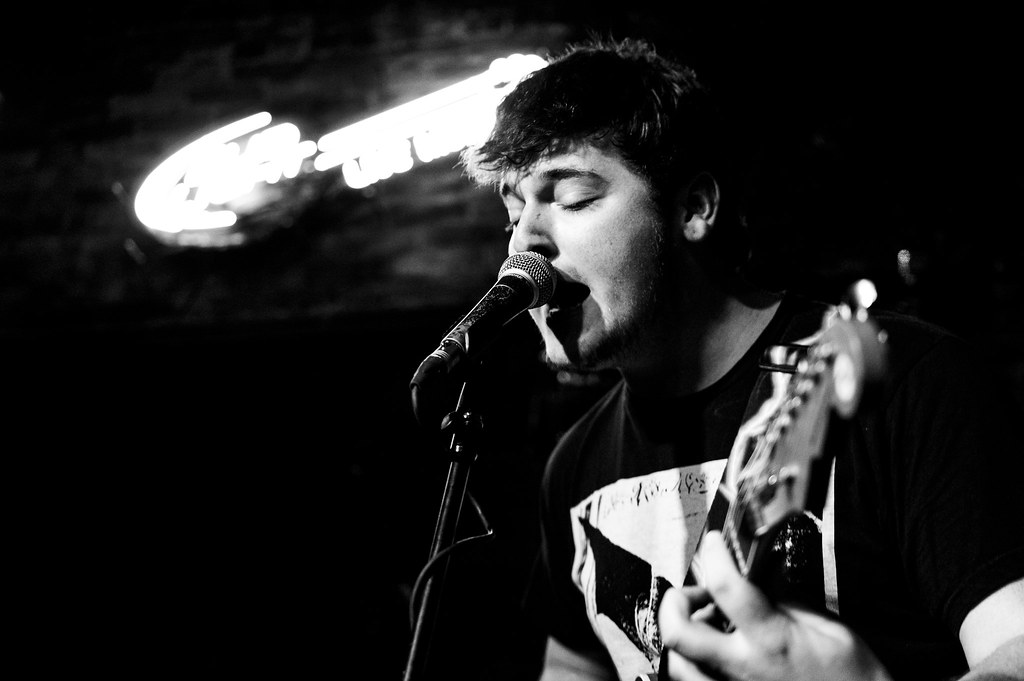 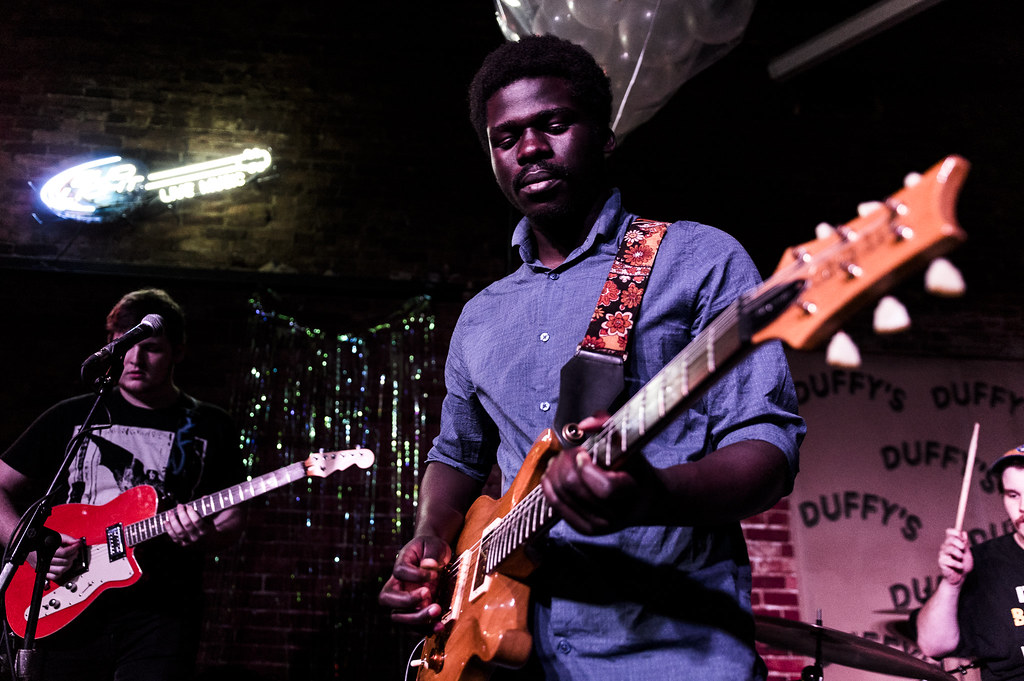 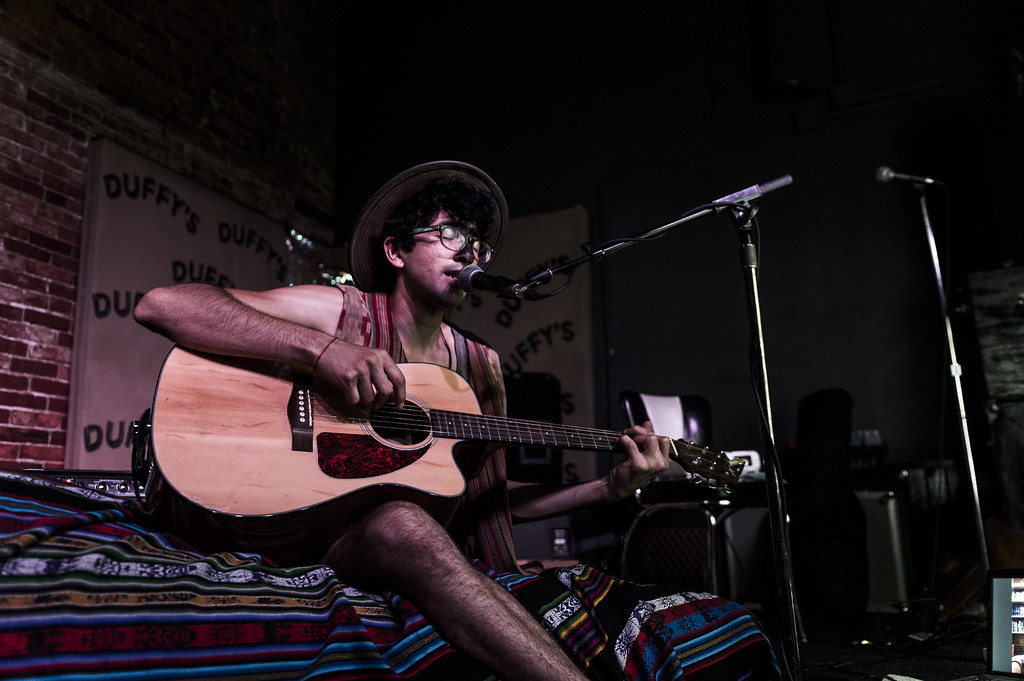 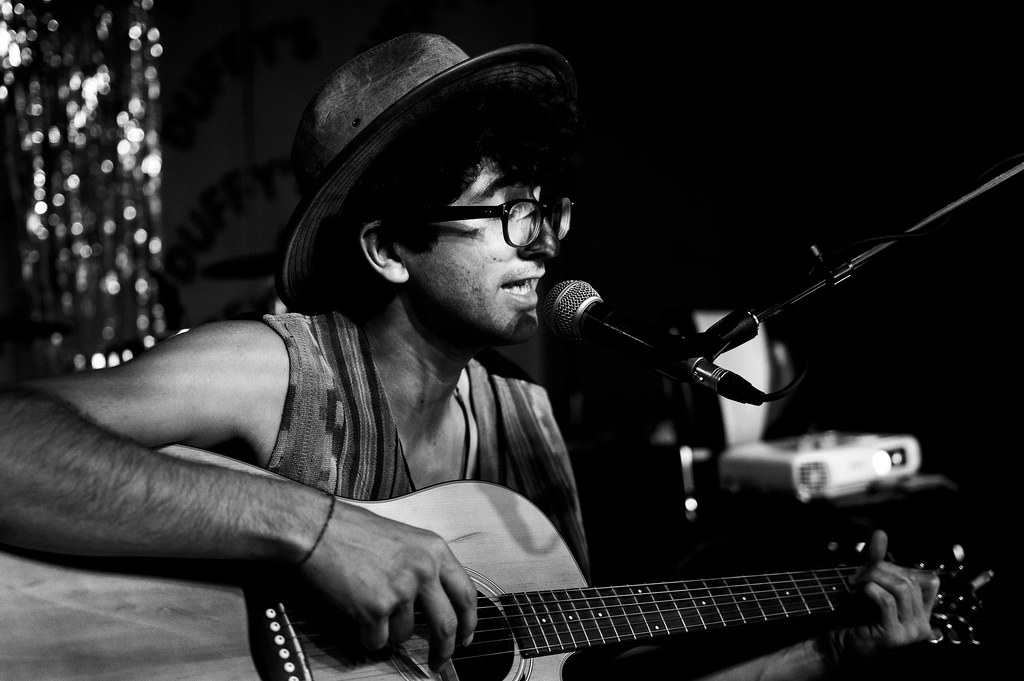 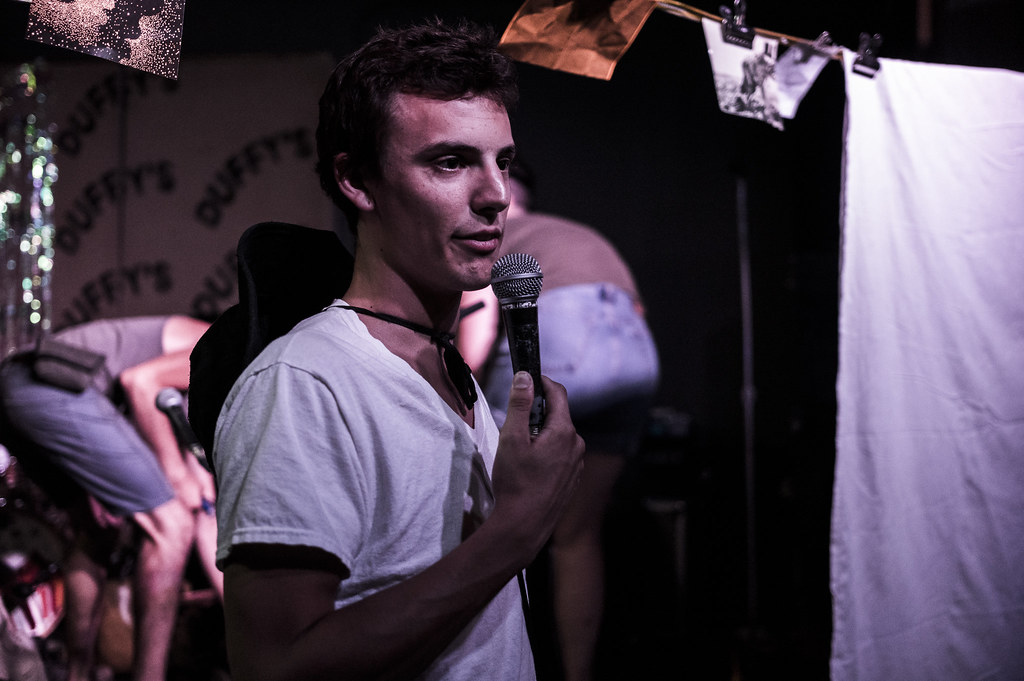 Tonight at Pageturners Lounge, Omaha native Ian McElroy will perform as his hip-hop project Rig 1. Our Riley Bowden spoke with McElroy last week about life in New York City and playing keys in Desaparecidos. Read that story here. Monday’s show is also the debut of High Up, a new band led by Christine Fink. We first heard about it from Christine’s sister, Orenda, who’s also in the band. The show is part of Pageturners’ summer concert series. Find the full billing here.

As always, for a fuller listing of the week’s shows, head to HearNebraska.org/events. There, we maintain our statewide music calendar. If you don’t see your event, or one you know about, please add it with the “Contribute” button, or send an email to news@hearnebraska.org.