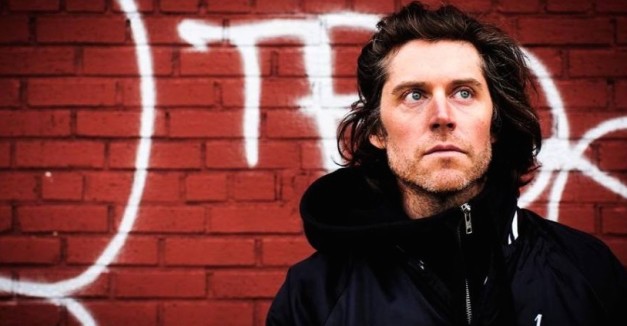 Ian McElroy moved from Omaha to New York City nine years ago because he had to. He says he needed to get out of Omaha, needed to mature, and New York provided the stimulation he needed to thrive.

“It seemed like a logical place,” McElroy says. “I think it is actually a very true reflection of the universe, not to get too spatial on you, but things change that fast here.”

The keyboardist, rapper and, maybe most appropriately, writer now returns to Omaha. He will perform as hip-hop project Rig 1 Monday night at Pageturners Lounge with Omaha-based High Up, which will be making its debut. The show is part of Pageturners’ summer concert series.

Omaha is another stop on Rig 1’s tour, which has seen dates in Chicago, Connecticut and Montreal. McElroy has many reasons to come back to Omaha — family, recording — but he says coming here on tour is not much different.

While in town, he says he’ll visit friends and family, make a trip to bars in Benson and Dundee and eat at least a couple of times at French Bulldog, a Dundee charcuterie on Underwood Avenue.

McElroy, who grew up in Omaha, says the city is a big part of his history. In distant Omaha music history, he played keys in Bright Eyes and is an original and current member of of the Conor Oberst-led punk band Desaparecidos.

McElroy says Rig 1 wasn’t a calculated step in his career path, but one that happened as a product of environment, a natural progression.

“I would say that I have always been attracted to lyrics and writing,” McElroy says. “I grew up on the north side [of Omaha], so I am sure that was a big influence. I really liked hip-hop growing up.”

Rig 1 was a project McElroy started about 10 years ago with The Faint’s Clark Baechle. They called themselves Team Riggy when they performed together. Baechle will be performing with McElroy at Pageturners Monday. When McElroy moved to New York, Team Riggy became the solo project Rig 1.

McElroy says New York — where we works a day job as a photography set builder — influenced the music McElroy was putting out.

“I write from a conversational standpoint,” McElroy says. “You can just walk down the street and hear some crazy shit. And taken out of context some of it is really powerful.”

On his most recent album, sophomore effort North of Maple, you will hear tracks that match futuristic, feverish beats with lyrics that are thought-provoking, but, as McElroy admits, a lot to digest.

Here is a bar from “He’s Fleshing Out” from North of Maple put out in 2014 by the Oberst-founded label Team Love Records:

That is just a sample of some of the mystifying lyricism that McElroy has made a staple of his music. McElroy says he is not a great rapper, and he’s most fascinated with the writing.

“Lyrics are just a real strong thing within my personality, so where I am always asking ‘what do they mean by that one line?’,” McElroy says. “At my core, I write.”

Rig 1 has given him the opportunity to have complete autonomy in what he writes. As far as what’s next, McElroy says he is sitting on an album now, but is looking for a label to put it out, a search that he admits he should be more proactive about.

McElroy says dealing with the business aspect of making music is easier said than done. He says he is just glad guitarist Denver Dalley is better at handling that end for Desaparecidos.

Speaking of which, McElroy also talked Desaparecidos over the phone Wednesday. Oberst, Dalley, McElroy, Landon Hedges and Matt Baum are touring and preparing for the drop of their sophomore album Payola, out June 23 on Epitaph.

“It has been so fun. The shows have just been so fun,” McElroy says. “All those dudes, we have all known each other for almost 20 years. All of the relationships are really old, and it really is like family in the sense that they are your brother, you have to treat them nice, that type of shit.”