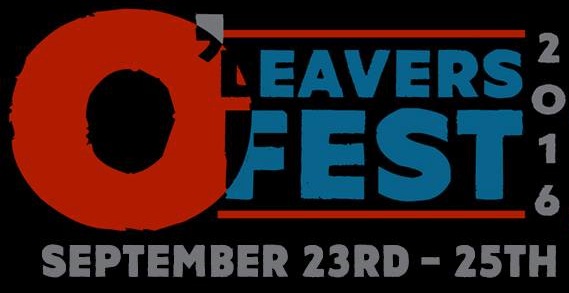 Near the height of Tilly and the Wall’s fame, then-guitarist Derek Pressnall was working on the foundations of a new project. Nearly four years of constant touring had rendered he and his bandmates exhausted, but for Pressnall, the ensuing break in 2008 marked a fruitful creative period.

Using more epic language, he likens it to a re-awakening.

“I had a weird spell during this time where all my senses became super heightened,” Pressnall tells HN via email. “Everything was crisp and on the surface. The sky seem to droop down in these weird invisible drips. I was convinced I could feel what was going to happen before it did.”

Whether by forces supernatural or otherwise, out of this midway point came Flowers Forever, Pressnall’s edgier, shorter-lived indie rock project that would release a self-titled record on Team Love that same year and eventually morph into Icky Blossoms. The Omaha musician revisits the project tonight, kicking off O’Leaver’s Fest’s three-night concert event.

For all the creative wonder, it likely helped Pressnall to take a more disciplined approach to songwriting. He says he challenged himself to write a song a day in order to keep ideas flowing and to keep pace with the day’s medium in Myspace. Whereas Tilly and the Wall had become quite serious, with multiple Team Love releases and late night television appearances, he was pulling his own reigns in another direction.

“Sometimes you can develop habits and set weird imaginary rules of what you can and can’t do when it come to the creative process which in turn can thieve the magic and make it hard to create.” Pressnall says. “So I was hoping by forcing myself into a new process I would shake things up and trick all my evil spirits.”

Much of the process culminated at a place called the Moon Tower, in what is now the Blackstone District. Pressnall would stay up all night writing, then take the song over to drummer (and current O’Leaver’s booker) Craig Dee to work out parts. In the afternoon, they’d head to the Moon Tower, where a friend had a Pro Tools rig waiting.

“We’d record the drums, guitar and my vocals real quick,” Pressnall says. “Whoever happened to be hanging out over there would listen and write a bass part or a lead guitar part or whatever was needed on the song. We’d just hang out and record until it felt done.”

This process would eventually yield 2008’s Flowers Forever, on which the likes of Chris Senseney, Stefanie Drootin, CJ Olson and Dan McCarthy can be heard. Ian Aeillo helped bring the grungy, basement-born aesthetic to tape at ARC Studios.

Pressnall sustained the project until roughly 2009, the exact date difficult to pinpoint because of its confluence with Icky. When Flowers Forever takes the stage tonight, he’ll be joined by another third of that band in Sarah Bohling (bass), as well as Craig (drums) and Annie (keyboard) Dee, Ayo Adekunle (sax), Breezy Cameron (trumpet) and Cubby Phillips (lead guitar).

And maybe there will be a quick glimpse into that heightened sensory period.

“I imagine it’s probably similar to when people who are believers say they talked to God,” Pressnall says. “They’re all blissed out and convinced of something bigger.”

Below, hear one of the final iterations of Flowers Forever in “Perfect Vision,” which you might recognize as an eventual staple Icky track. RSVP to tonight’s show here, and find the full schedule below.

The aforementioned O’Leaver’s Fest starts tonight and goes all weekend long. Music starts tonight at 8 p.m., continues tomorrow at 4 p.m. and goes all night (with a break for the football game) and ends with a Sunday Social that features some bar owners. See the full schedule below:

Open at Noon
Haunted Gauntlet in the beer garden at 2 p.m.

Tomorrow brings the HN-Zipline collaboration Beer Nebraska, with Cursive, Criteria, Better Friend, Universe Contest and a reuniting Columbia vs. Challenger, all at Zipline Brewing, 2100 Magnum Cir. HN contributor Andrew Potratz chatted with CvC last week about its quirkiness, past hijinx and the prospect of reuniting. Read the interview here.

Five Nebraska breweries will be on hand, serving specially crafted beers specifically for the event. Two of them, Zipline and Blue Blood Brewing, paired theirs with Cursive (Hoppy Hollow) and Better Friend (Love Thy Neighbeer Mosaic Hopped Rasberry Honey Wheat Beer) respectively, while Kinkaider, Empyrean and Upstream will also bring new creations. Read all about them, and why each band and brewery supports homegrown, here.

Tickets to this Hear Nebraska benefit are $30 today, $35 tomorrow. Grab them here, and RSVP here for the schedule. Note: due to weather, the show will be inside the brewery.

Sunday, Vancouver, B.C., songwriter Dan Bejar performs a solo Destoryer set at Reverb Lounge. Last year’s Poison Season, the most recent entry into a vast, two-decade discography, is perhaps Bejar’s most ambitious to date. Expanding on the work started with its predecessor Kaputt, it features a live band, a pronounced string section and Bejar’s voice exploring its most expansive range yet. Merge Records co-founder and Superchunk frontman Mac McCaughan opens the show. Tickets are $15, RSVP here.

Also Sunday, Omaha acts Dillon Adkisson, Chiffy, Ojai and SIRES perform at Milk Run as part of the Concert Across America to End Gun Violence campaign. The show is one of more than 350 concerts across the nation that will honor victims of gun violence and raise awareness.

“As a teacher myself, I felt personally impacted by Sandy Hook and other school shootings across the nation.” says organizer Nicole Hulstein. “Seeing the number of shootings continue to rise has jump started a sense of urgency to end gun violence and change our culture.”

The show starts at 7 p.m. and is free to attend. T-shirts are available and donations to Nebraskans Against Gun Violence will be accepted. RSVP here, and visit nagv.org for more information.