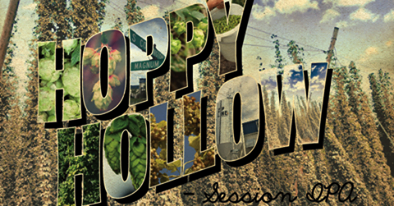 Zipline Brewing Company and Hear Nebraska have partnered to feature local beer and local music in one event next month. The host brewery has released the first band-brew pairing.

The Lincoln brewery created the “Hoppy Hollow” session IPA to pair with Beer Nebraska concert headliner Cursive. It is the first of five locally crafted beers created specifically for the event, which will also feature live performances by Criteria, Better Friend Universe Contest and a reunion by Lincoln’s Columbia Vs Challenger.

While the wordplay on Cursive’s fifth studio album makes the style an obvious choice, it also comes with great timing. Happy Hollow just reached the 10th anniversary of its Aug 22, 2016 release on Saddle Creek Records.

Revisit the album and the characters of its eponymous small town below, and get your tickets to Beer Nebraska here. All proceeds benefit Hear Nebraska.

Omaha Magazine has turned the spotlight onto a trio of the city’s music community figures.

Parker has seemingly been all over the scene as of late, attracting a ton of indie acts to Milk Run, booking much of this year’s Lincoln Calling lineup (presented by Hear Nebraska) and developing an innovative new music center at Farnam’s Hi-FI House with founder Kate Dussault. The article focuses on his efforts to create a safe space at the DIY venue for under the radar local and touring artists and organizations like Omaha Zine Fest and Feminist Book Club. Read Parker’s interview here.

“It’s cool to see people come together,” Parker tells Omaha Magazine’s Chelsea Balzer. “Omaha is an evolving city, and I want to be a part of that.”

McClellan’s feature catches her just before leaving for a two-week tour to California and surveys her musical career, starting when she was an eight-year-old Omaha Conservatory student. The songwriter/pianist released the sparkling, complex indie record Fire Flames late last year via Majestic Litter, and is currently working on new material, again with ARC’s Ben Brodin. Read her story, written by Doug Meigs, here.

Elliot also discovered music at an early age, as his interview details, being first introduced to hip-hop while getting a haircut at Youngblood’s Barber Shop. Raised in North Omaha by adoptive white parents, the rapper now known as Black Jonny Quest talks about the challenges of growing up in that environment and his parents’ support. Read the story here.

In concert news, Hear Grand Island has concluded for the summer, forgoing its final two dates which were cancelled due to weather. Unfortunately, making them up will not be possible.

We want to thank everyone for their amazing support throughout the summer. Attendance averaged nearly 1,000 per concert in its first year. We’re looking forward to an earlier start and more great music railside in 2017. 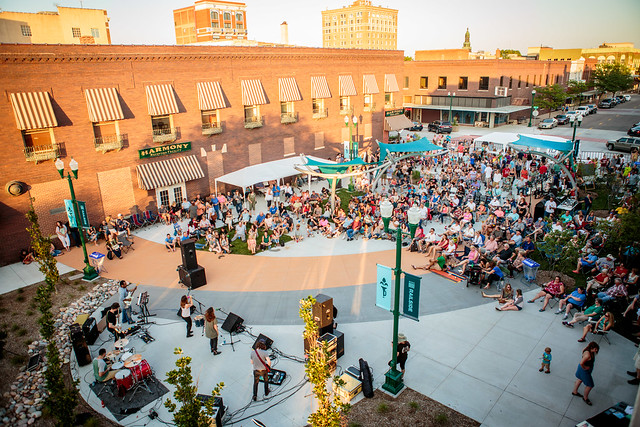 Omaha indie rock band Centerpiece plays its first show tonight at The Commons, 1239 S 14th St, with Arizona’s Sundressed, A Summer Better Than Yours and Letterbomb. Centerpiece features former No Tide vocalist Will Conner. Get to know them with out Q&A here. It’s an early show, with doors at 5 p.m. and music at 6 p.m. Entry is $5, and the show is all-ages. RSVP here.

For a fuller listing of shows tonight and the rest of the week, visit our statewide event calendar here. Send all news tips, story ideas and HN Radio song submissions to news@hearnebraska.org.