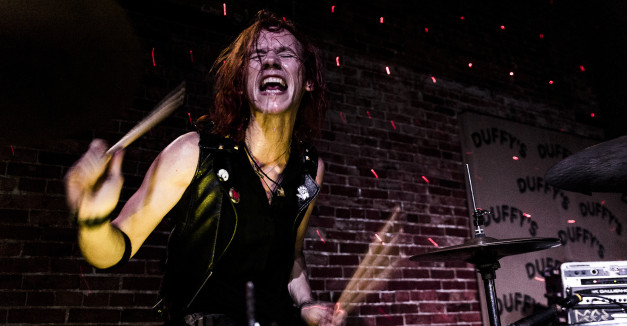 Through multiple decades and an ever-evolving music industry, Recycled Sounds has been a staple of the Lincoln music scene. Starting tomorrow, owner Stuart Kolnick begins the week-long celebration of his shop’s 23rd anniversary.

From June 19 through June 26, Recycled Sounds will be giving away gift certificates, posters, CDs, vinyl and a host of other prizes. There will also be storewide sales on music and new and used turntables.

And there will be free live music each of the two Friday evenings. Acoustic performances begin at 7 p.m. tomorrow, and include the Hanyaks and Katie Jane. The June 26 show will feature singer/songwriter Scott Severin and Jared’s Super Blues Party.

If you’ve ever stopped in to Recycled Sounds, whether you frequent the shop or have simply browsed, it’s likely that you’ve chatted with Kolnick. He says it’s that kind of customer interaction, where he can solve a technical problem or help a treasure hunter find a coveted item, that keeps him enthused.

Kolnick also acknowledges the perseverance it takes to keep a music shop open throughout a tumultuous period, both economically and in the music industry.

“There’s been a lot of changes in the last 10 years,” Kolnick says. “Maintaining this long,you kind of have to be a little thick-skinned.”

RSVP to tomorrow’s concert here. (And according to a post in the event, there is “free swag” available for those who share the event.) 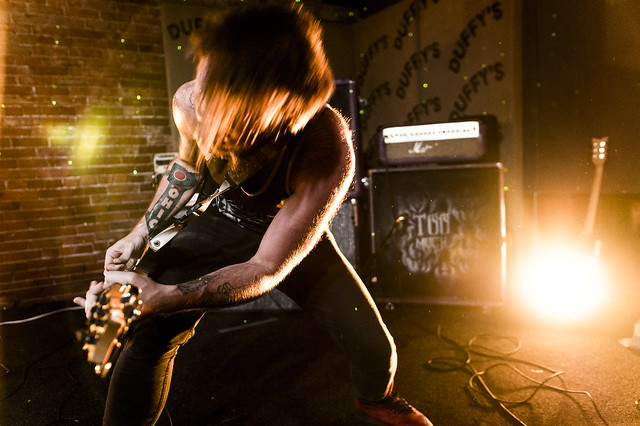 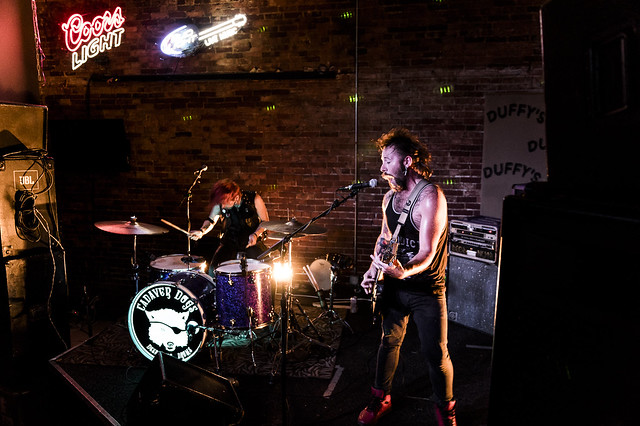 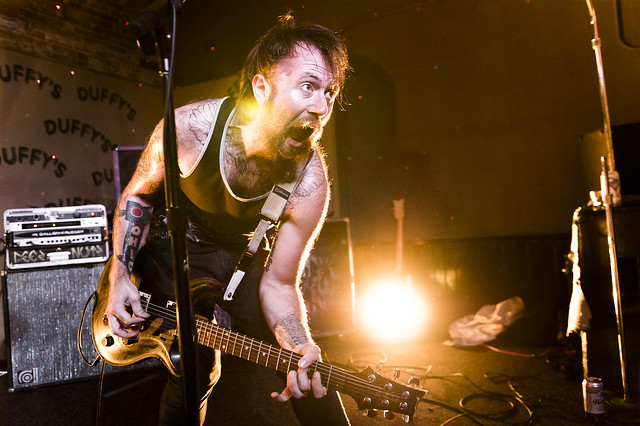 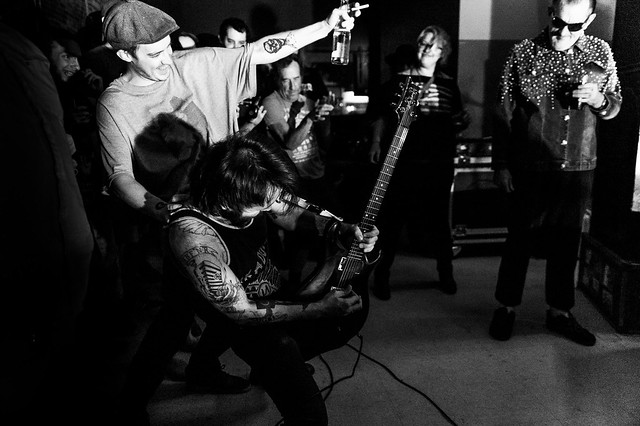 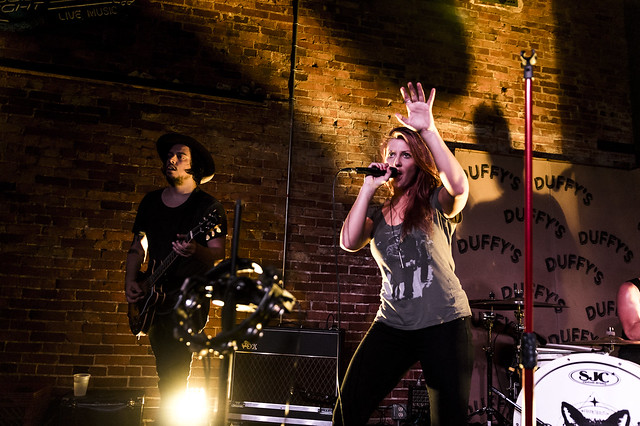 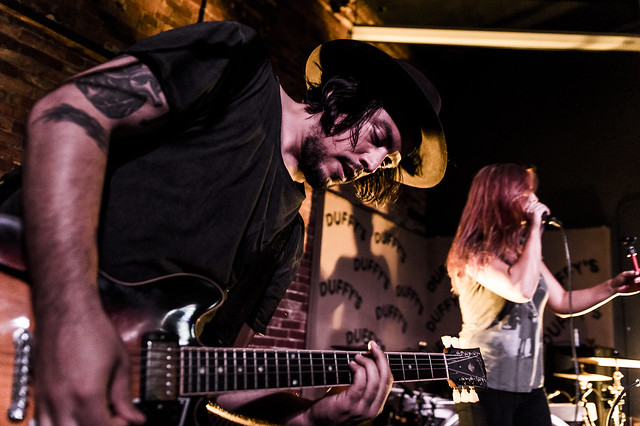 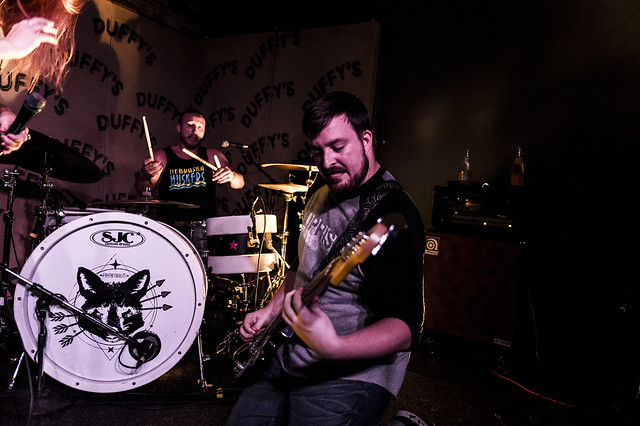 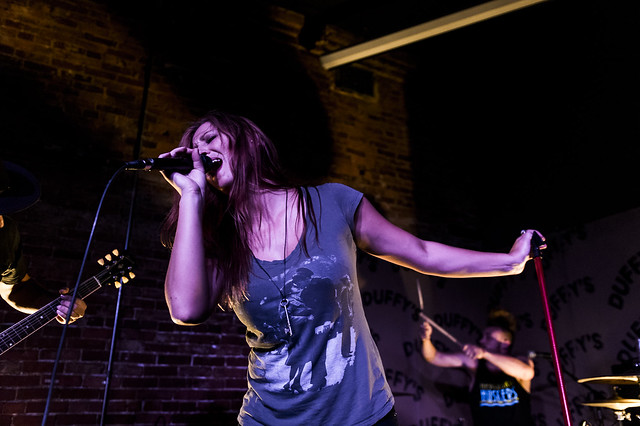 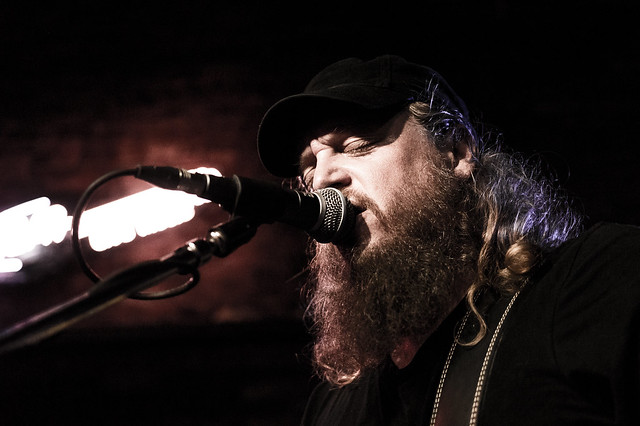 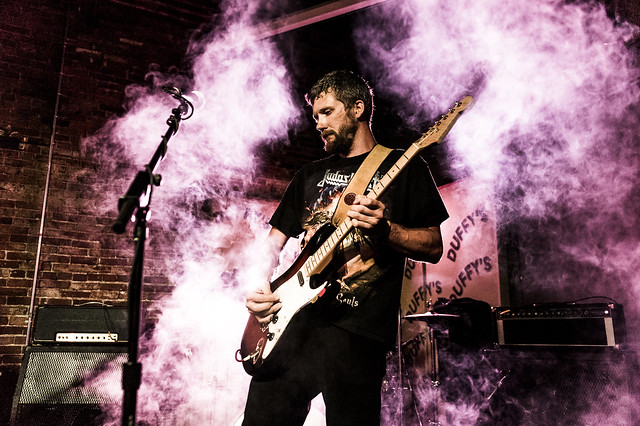 As we noted back in February, Comp’d partners with Lincoln and Omaha venues to provide a monthly subscription service to shows. Users pay a $25 flat fee and can select one show per night to attend. The service has already secured a few of each city’s major venues, notably Vega and The Bourbon in Lincoln and Slowdown, The Waiting Room and Reverb Lounge in Omaha.

“The Comp’d platform allows venues to reach the increasing number of guests who are choosing to be more spontaneous about their decisions,” says founder and CEO Dustin Trauernicht. “It’s important that we aren’t competing with the venues existing ticket sales, but rather working on top of them.”

Comp’d aims to offer 75-100 shows per month, listed for the day-of, next day and upcoming. New shows are posted by 11 a.m. each day. The first few shows are listed on the Comp’d website, and include tonight’s Elephant Revival show at The Bourbon and Wayne The Train Hancock at Vega.

Trauernicht says that the idea is to get more people to see lesser known acts or ones unfamiliar to them. To that end, Comp’d offers a service that takes into account music preference and past shows, and curates a personalized list of suggestions.

“When’s the last time you spent money to go see a band you’ve never heard of before?” Trauernicht says. “If you’re not sure which one to go to, you just shoot us a text and we’ll help you out.”

Though the service currently exists only on the web, an app is in the works for the future. Trauernicht says that the site is geared toward mobile users with an eye towards creating “the best mobile experience possible” when the time comes.

Comp’d seems to have made a lot of headway since we spoke with Trauernicht in February, in terms of signing on with venues and building the site. We are interested to see how the service works out for all involved.

Accomplished musician and ARC Studios producer Mike Mogis is adding a trophy to his case.

Mogis, along with Bright Eyes bandmate Nate Walcott, snagged the 2015 BMI Award for music in film for their work on the soundtrack to 2014 romantic drama The Fault In Our Stars. Much of the compilation was recorded at ARC, and includes hit song “Boom Clap” by Charli XCX, as well as cuts from Ray LaMontagne, Lykke Li and Grouplove.

The win adds to an impressive resumé for Mogis and ARC. Its client list includes notable recording artists like Conor Oberst, Rilo Kiley and Cursive, as well as labels like Atlantic, Columbia and Merge.

The Fault In Our Stars, an adaptation of the John Green novel of the same name, charts the heart-wrenching story of two cancer-stricken teenagers who meet at a support group and fall in love.

BMI (Broadcast Music, Inc.) is a performing rights organization that collects licensing fees on behalf of songwriters, composers and music publishers and distributes royalties. Just based on that description and that you may be entirely unfamiliar with the awards, it’s evident the BMIs carry none of the public prestige or ceremony of the Grammys, and the like. But as an international industry award, it’s a very notable honor.

What an unlikely stretch of bad weather luck. Hide from the rain at a show tonight, as there are plenty to choose from.

And they start today at Noon (weather permitting), as M34n Str33t plays our Hear Omaha series downtown at 13th and Howard. RSVP here, and read our Q&A with producer Adam Haug published earlier in the week.

Tonight, Conor Oberst begins his two-night Nebraska run at The Waiting Room with Felice Brothers. Tomorrow, he plays Vega in Lincoln. RSVP to each show here and here, respectively, though both have long since been sold out. You might be able to catch a stray ticket here or there in the event feed.

Over at Sweatshop Gallery, see a massive experimental and hardcore billing that includes Filth, Dromez, Plack Blague, CBN and many more. The loaded show starts at 9 p.m. RSVP here.

For a complete list of shows that also includes Justin Ready and the Echo Prairie’s debut show (RSVP here, introduction here) and folk quintet Elephant Revival at The Bourbon (RSVP here), check out our events page here. As always, feel free to email us at news@hearnebraska.org with news tips, story idea or shows we might have missed. See you out there.