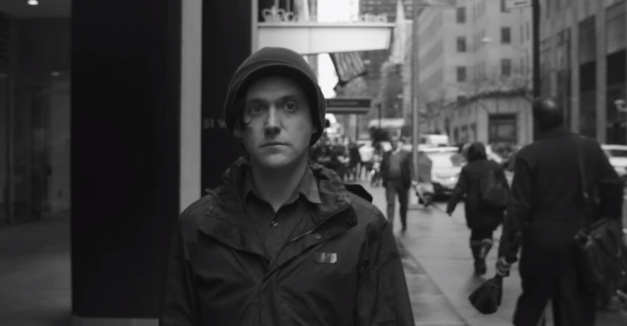 On June 18 and 19, Conor Oberst will play twin Nebraska shows with his solo material, almost one year to the date since his last solo Nebraska appearance at Sokol Auditorium with Dawes.

On the 18th, he’ll be at The Waiting Room in Omaha (RSVP) and on the 19th at Vega in Lincoln (RSVP). Both are with prior tourmates The Felice Brothers, part of an eight-stop June tour. Tickets for both go on sale Friday morning for $25.

While the idea of seeing Oberst in his hometown is always appealing, if you’ve done it before, you might consider seeing him in Lincoln this time around. We can’t find the last time he’s played Lincoln in any of his projects, but it’s surely been a handful of years. If anyone has any idea, leave it in the comments.

The twin Omaha-Lincoln show format seems to be picking up some steam. In the fall, Saintseneca played Slowdown and Vega. Just this past weekend Cursive played The Waiting Room then Vega. Now this. Shows like Oberst and Cursive could easily draw from Lincoln to Omaha and vise-versa, but maybe demand is high enough to make this model a tradition for major touring bands, like the O’Leaver’s-Duffy’s route that so many smaller bands play.

And while Vega had a crowded house on Sunday night, The Waiting Room sold out its Cursive show out. Vega didn’t. Perhaps a by-product of the Omaha show coming first, maybe it’s that Cursive and See Through Dresses can claim Omaha as home where there’s no such connection in Lincoln. Or maybe it’s just that the Lincoln show was on a Sunday night.

That being said, last June, Oberst played the much higher capacity Sokol Auditorium, so here’s a way to see a couple more intimate shows and still pack everyone in.

In any case, here’s to trying it out. Let’s hope it works.

We’re very grateful to the 121 people who helped us make our Hear Nebraska: Vol. 3 compilation available on vinyl through a pre-order Kickstarter.

To help us celebrate, come out to one of two (or both) launch parties. In Lincoln on Apr. 17, Jake Bellows, The Bottle Tops and Universe Contest will play Zoo Bar (RSVP). On Apr. 18, Jake Bellows, Ladyfinger (ne) and Both will play The Waiting Room (RSVP).

If you didn’t get in on the Kickstarter, it’s not too late. They’ll be available at large soon, and $20 at either show gets you admission and a vinyl.

We’ve talked cassettes before. Last year saw a batch of Omaha artists release cassette tapes (recently, Eric in Outerspace went that route) and the launch of Lincoln tape label Fantastic Cassettes. Generally, the consensus has been that they’re cheap to produce and offer a physical piece of art that digital-only cannot.

But what about cassettes as the domain of the avant-garde? Of course, if cassettes are ruled by experimental music, it’s certainly for the same economic reasons anti-folk acts, like The Silver Rabbit, lo-fi Staffers and more, are interested in them.

That’s what Lincolnite Scott Scholz sees in tapes. He’s launching tape label Tymbal Tapes as a way to join in the experimental community he’s slowly grown into over the years.

In the late ‘00s, Scholz began writing for Words on Sounds and joined as co-host of the KZUM radio show “Other Music” (Sundays, 10 p.m. – midnight). As host of the show (a position he left last year) and Words on Sounds podcast, he began receiving more and more tape submissions from all around the tightly-knit experimental tape community, which he calls “avant-weirdo.”

“Now that I’ve corresponded with so many artists and labels working with cassettes, and it’s not economically prohibitive to get things started, it seemed like a natural step to get involved on the itsy-bitsy cassette label front myself,” Scholz told us via e-mail.

He says he recognizes that there are myriad tape labels currently doing good work, but thinks he has a unique perspective to offer with both his avant-weirdo and academic musical backgrounds. With that in mind, he wants to work closely with the label’s artists to realize a fuller vision.

“I’m going to correspond with folks about specific ideas, parameters, whatever you want to call it, that I think might be cool to consider toward a project,” he says. “Like suggest things I hear in their music that point toward a particular idea that would make total sense for them to try.”

While Tymbal’s first proper releases are still forthcoming, he has previews available on the label’s Bandcamp. The label will debut with Gandhi/Gaddafi by David Moscovich, Nunavut by Peter Kris and In Depth and Deck, a Whim, a Weft by The Dept. of Harmonic Integrity.

Moscovich is a Lincoln-native currently in New York City, but Scholz says he intends to curate artists from around the world.

“It’s definitely a community vibe among cassette labels internationally, and it only seems right to pitch in.”

Pop roots act Baker Explosion released a new video this week for its track “All I Know,” filmed in Norfolk.

The band is comprised of brothers Jason and Ben Baker. In September, we premiered “Corn Roots” from the bands Down in the Cornroots. Against that song, “All I Know” takes a more reggae approach to the acoustic-driven music. Check out the video.

Tonight, Mynabirds’s Laura Burhenn, Orenda Fink and Miniature Horse play a surprise (it was announced yesterday) show at O’Leaver’s. Burhenn and Fink are freshly returned from a bout of shows at SXSW. Mynabirds has a record coming out sometime this year and tonight will probably be an opportunity to hear stripped-down versions of tracks from the record. RSVP here.