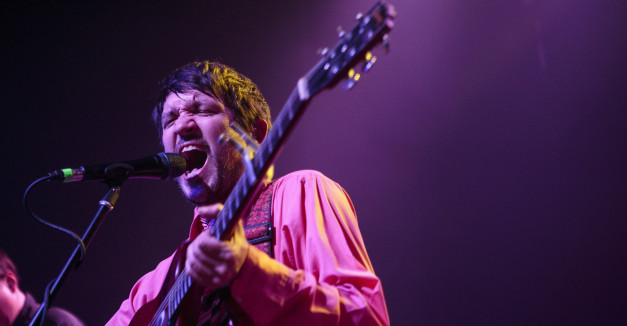 [Editor’s Note: Cursive played a pair of tour-capping shows this weekend at Omaha’s The Waiting Room and Lincoln’s Vega. We had photographers at both shows, and HN contributor Andrew Stellmon wrote about Sunday’s Lincoln show. We’ll start with that one.]

Whether forward or backward, we often deploy the “time machine” device when it comes to art and music. A reuniting band resurrects their halcyon days. A DJ creates futuristic sounds by manipulating records.

Cursive’s revisitation of The Ugly Organ is not quite that simple, or at least it wasn’t on Sunday at Vega. When they emerged from the green room for an encore of “Sierra” and “Staying Alive,” frontman Tim Kasher joked that Cursive needed a moment in the time machine to “raise eyebrows at each other,” and was now ready to finish playing the album.

It’s easy to talk about nostalgia after a night soaked in it, though the show itself wasn’t as simple as linear time travel. Last night concluded, officially, the Omaha band’s two-month tour in support of the November 2014 reissue of their classic 2003 album. (Quick aside: Kasher announced that they would be playing O’Leavers in Omaha tonight. “Goddamnit, why do we do this to ourselves.”) The band was sharp and tight, no doubt from their recent run of shows. 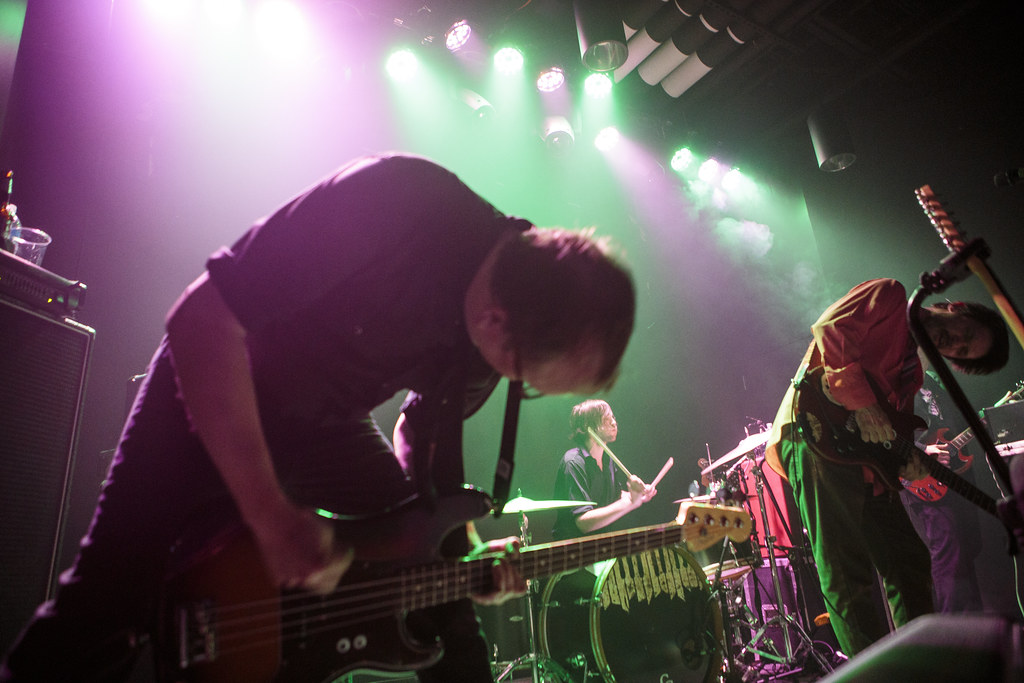 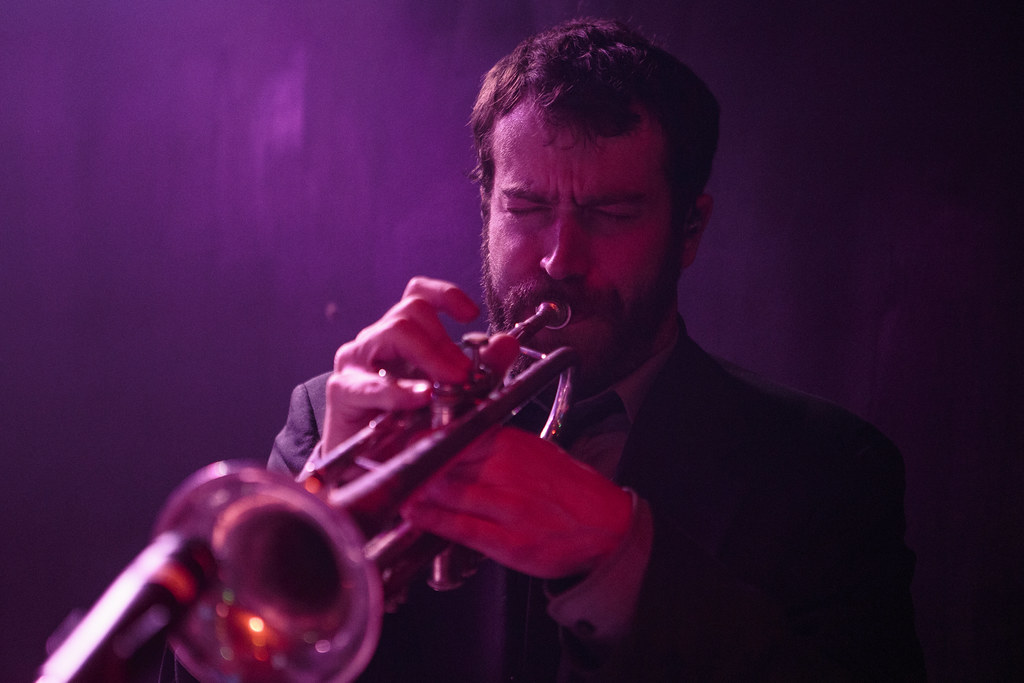 The major sticking point, though, was how the set construction reoriented their timeline, at least superficially. Often, longtime fans lament not seeing a band “after X album came out” because of how little that band might play said material in the present. Last night’s set, whether intentionally or not, catered directly to those fans, for whom The Ugly Organ is a visceral reminder of a particular time period in their lives. It was hard not to picture an alternate reality, a scrambled timeline in which the album was current.

Before that, though, Los Angeles’s Sand and Omaha’s See Through Dresses opened. Sand, led by former Cursive drummer Dylan Ryan, jumped in right at 9 p.m. with an instrumental prog-fusion set. Sand songs are like sprawling, disorienting dreamscapes set against Ryan’s and bassist Devin Hoff’s jazz style rhythms and guitarist Timothy Young’s weaving fretwork. Settle in at cruising altitude for a moment, and risk an unexpected jolt of dissonance. Sand covered the widest territory of the night in terms of genre, from droning metal riffs to sunny indie rock to Rush-esque rock, all with a dose of atonality. 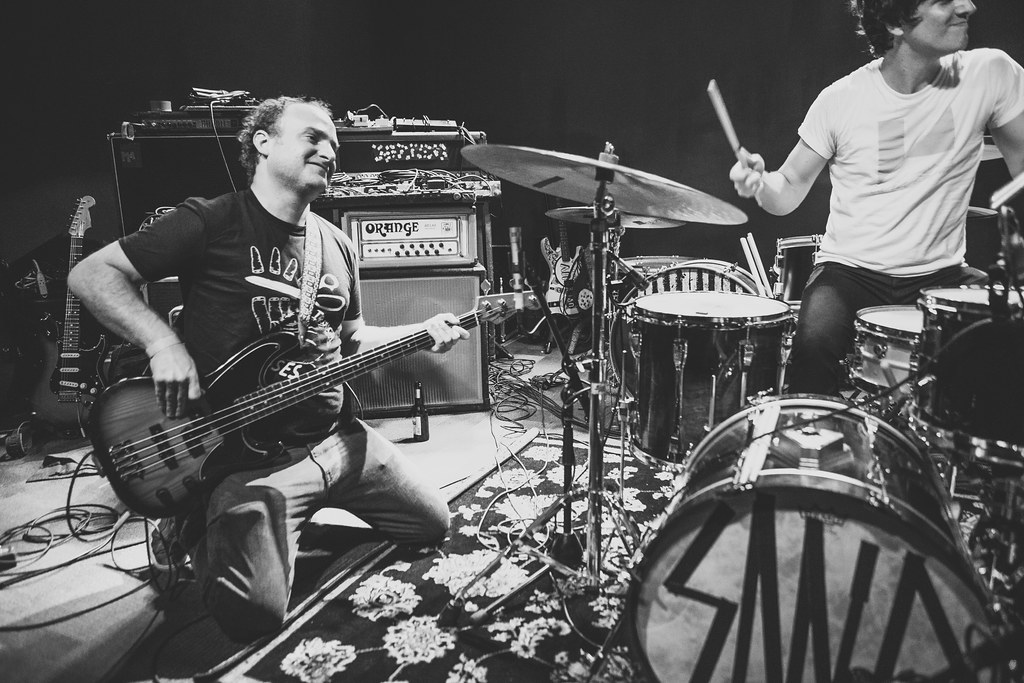 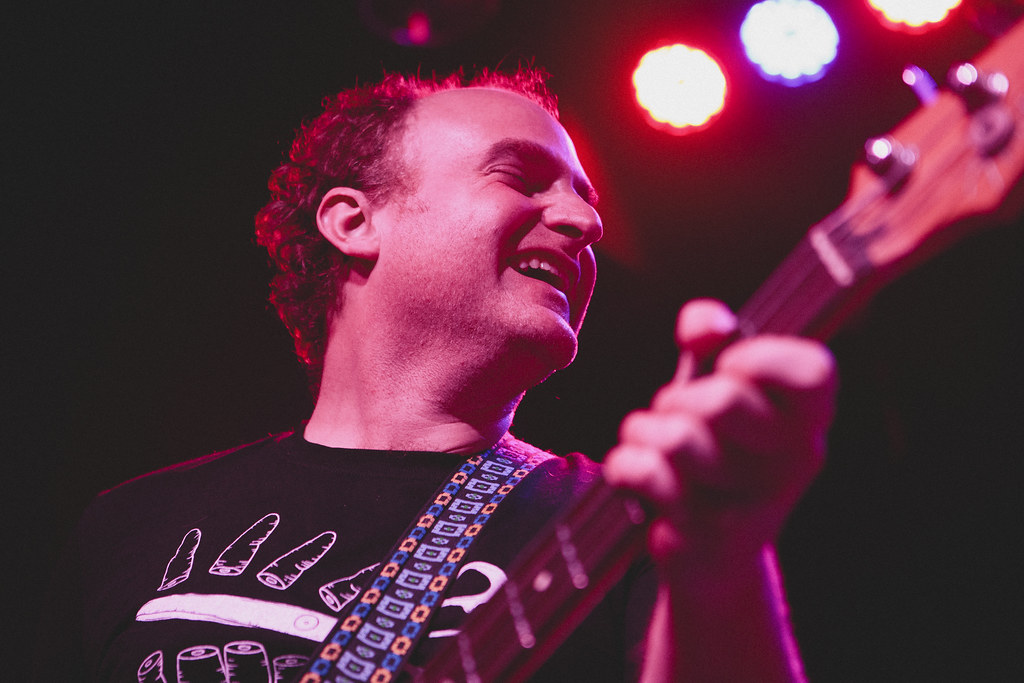 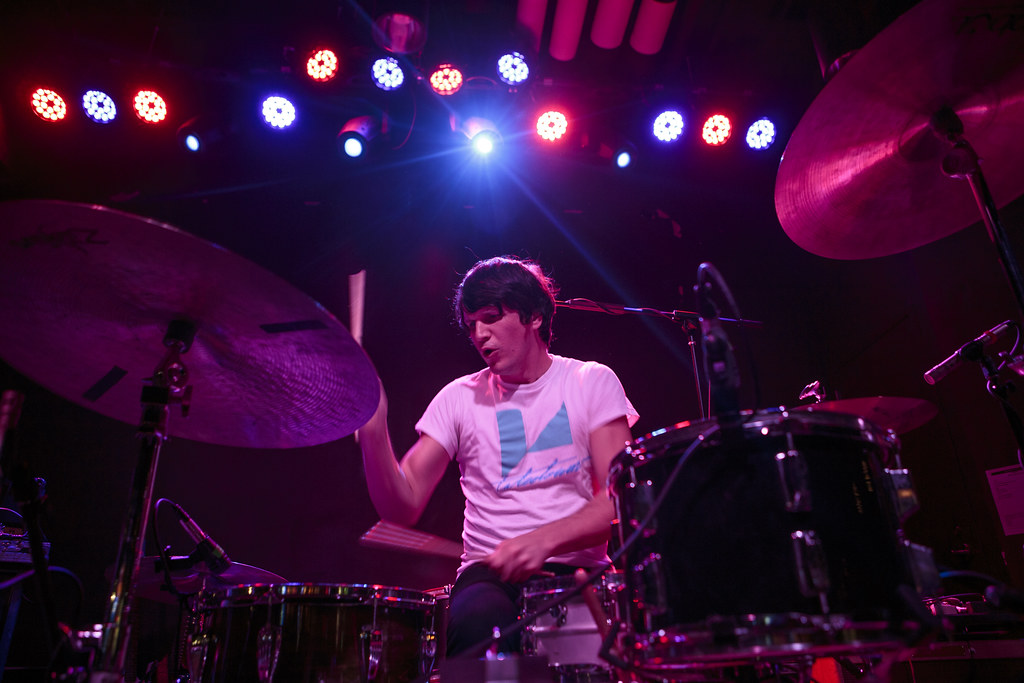 See Through Dresses came next with its assaulting two-guitar attack. At its loudest, it’s as if the band holds orbit around the stage, just long enough to spin out of control at the end of each track. The songs adhere to a verse/chorus formula, to be sure, but not in a stale or dull way. Even when they break for more subdued numbers, they always seem frighteningly close to exploding. Frontman Matt Carroll’s blazing guitar solos and searing in-verse leads keep their steady alt-rock fresh. Special props to drummer/fill-machine Nate Van Fleet, who may as well have used three sets of arms the way he mercilessly abused his kit. 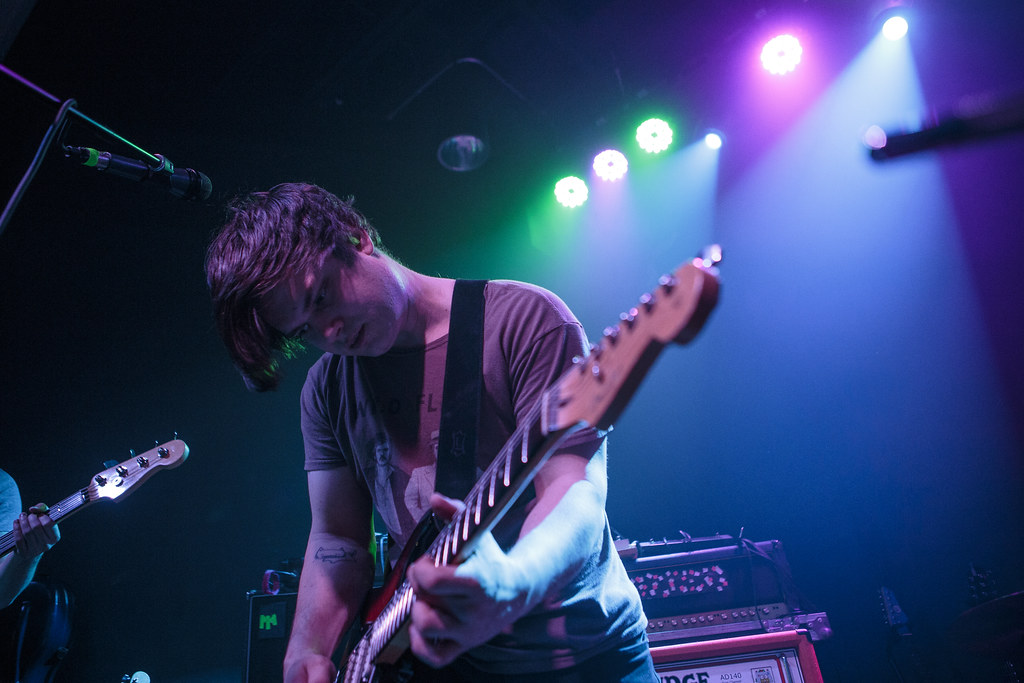 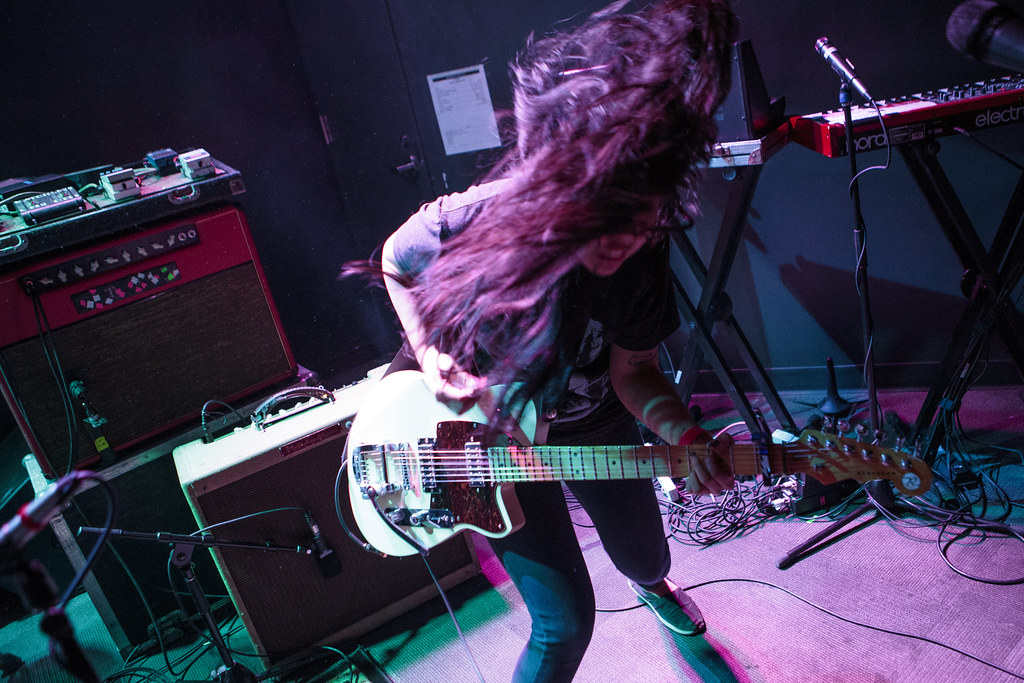 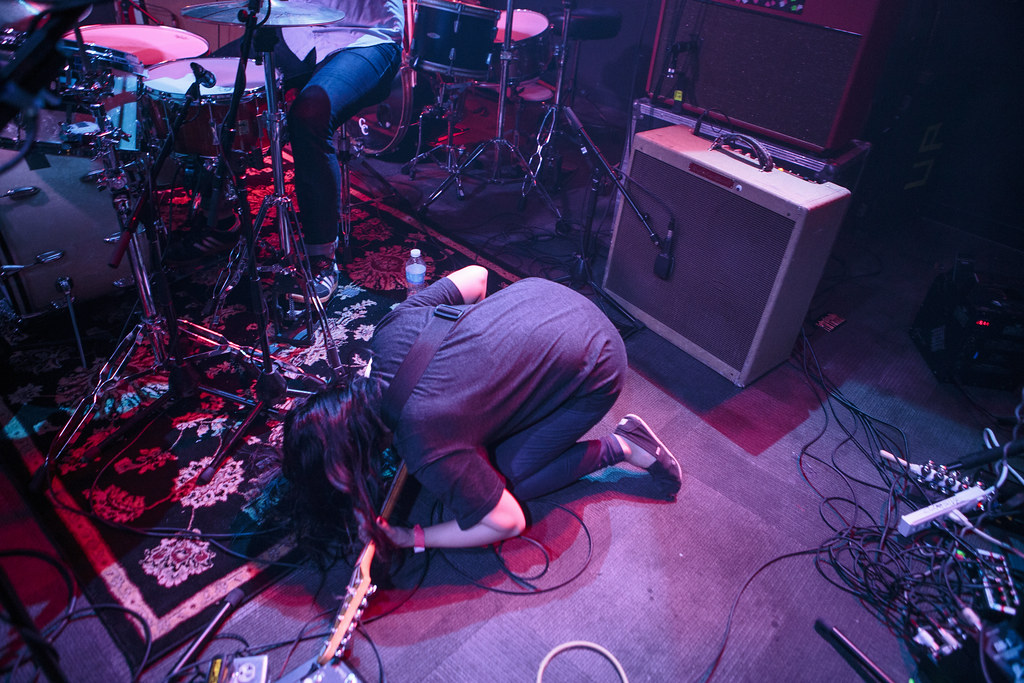 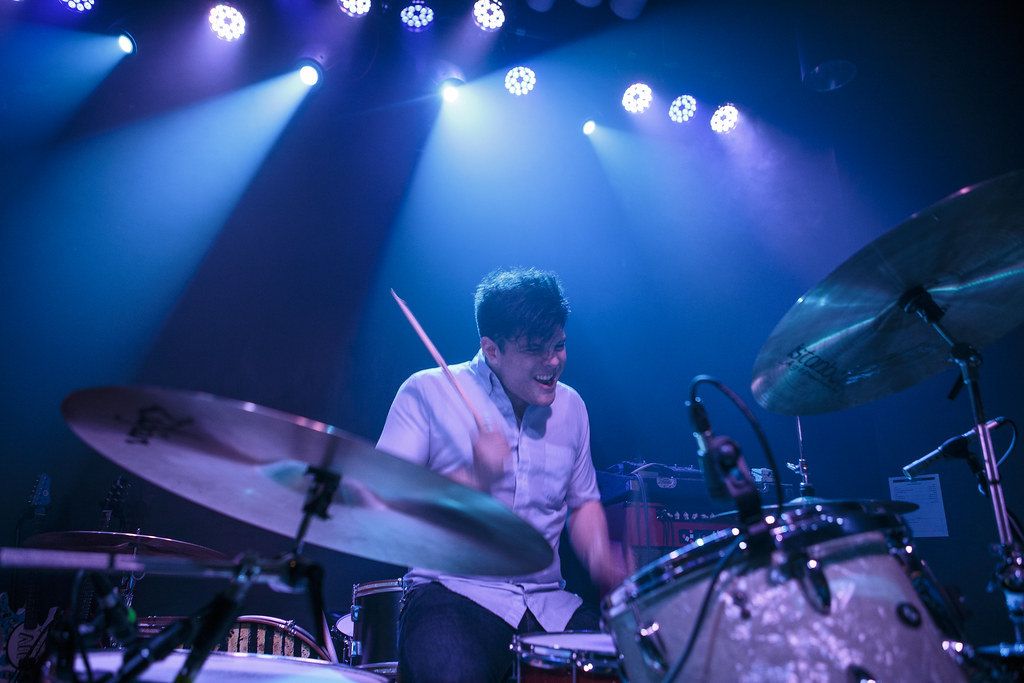 Cursive led with “Sink To The Beat,” which found Kasher smirking and cackling with enthusiasm, and followed with the chaotic wave of “Big Bang.” As “Some Red Handed Slight of Hand” exploded from the stage, it felt as though the first two songs were employed to hook the audience, before diving into “new” material, as bands often do. Tracks from throughout the Cursive catalogue were interspersed through chunks of The Ugly Organ, colored by the cello/trumpet/keyboard palette, built to play that album in its entirety. For example, cellist Ellen Lind’s accents on “This House Alive”, from 2012 release I Am Gemini, added a harrowing tinge to its upbeat bounciness.

During those Ugly Organ tracks, the band gazed intently back through the looking glass. Kasher is nothing if not bitingly self-aware, and the detachment from any semblance of autobiography in earlier songs was all the more pronounced Sunday. He gave a nod and looping eye-roll during “Art Is Hard,” an oh brother perhaps directed inwardly. He delivered “Butcher The Song,” which jerked back and forth like a bizarre alarm, with his hands aloft giving a sharp outward glance, as if to say, “If you think this is melodramatic, you just wait.” He seems to retell or revisit these stories from afar and perhaps, understandably, with a bit more perspective.

Nearing the end of their 90-minute set, Kasher finally verbally acknowledged that for songs rarely touched, like b-sides “Nonsense” or “Tall Tales, Telltales,” its not as simple as stepping back inside of them. Reliving old tunes can also mean relearning them.

“It’s been fun and cool revisiting this,” Kasher explained in a wave of his own nostalgia. “We had to get on the phone [for “Nonsense”]. No one knew how to play this shit.” 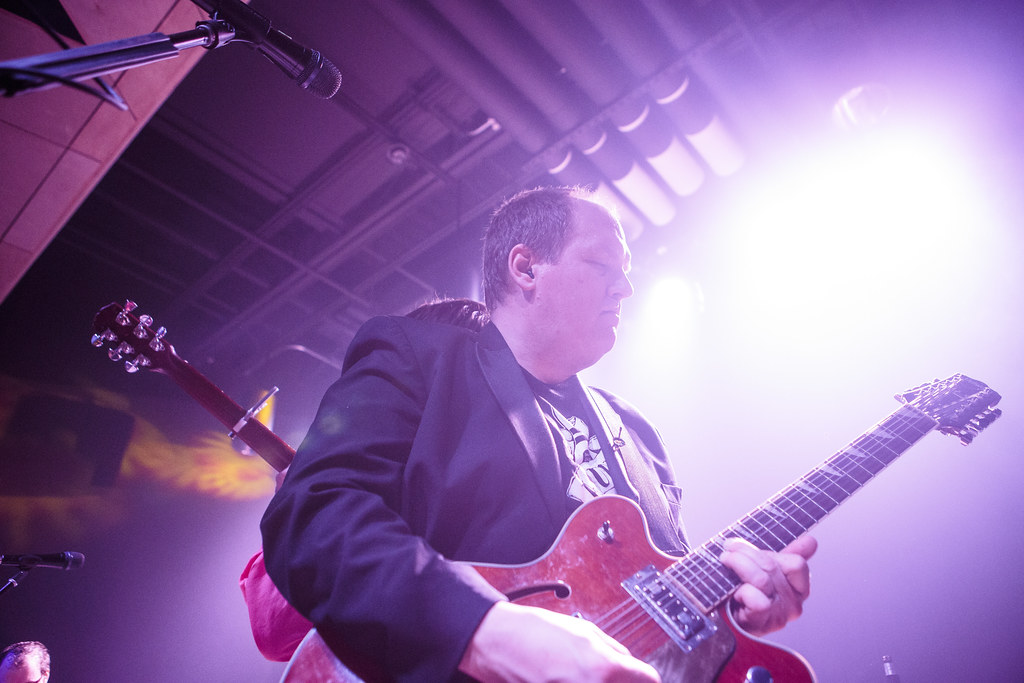 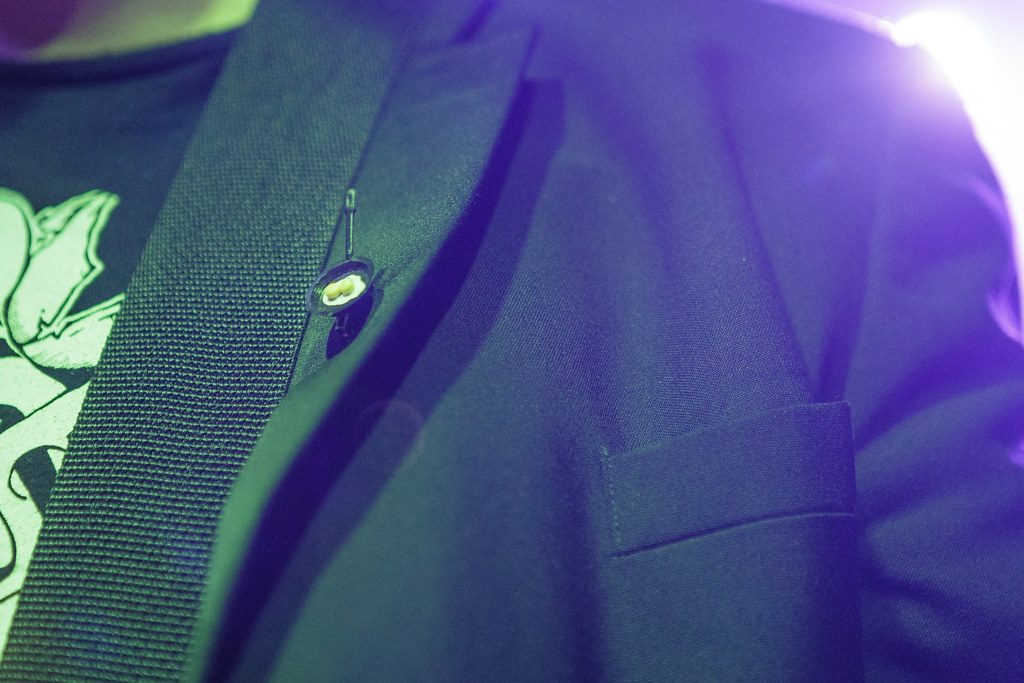 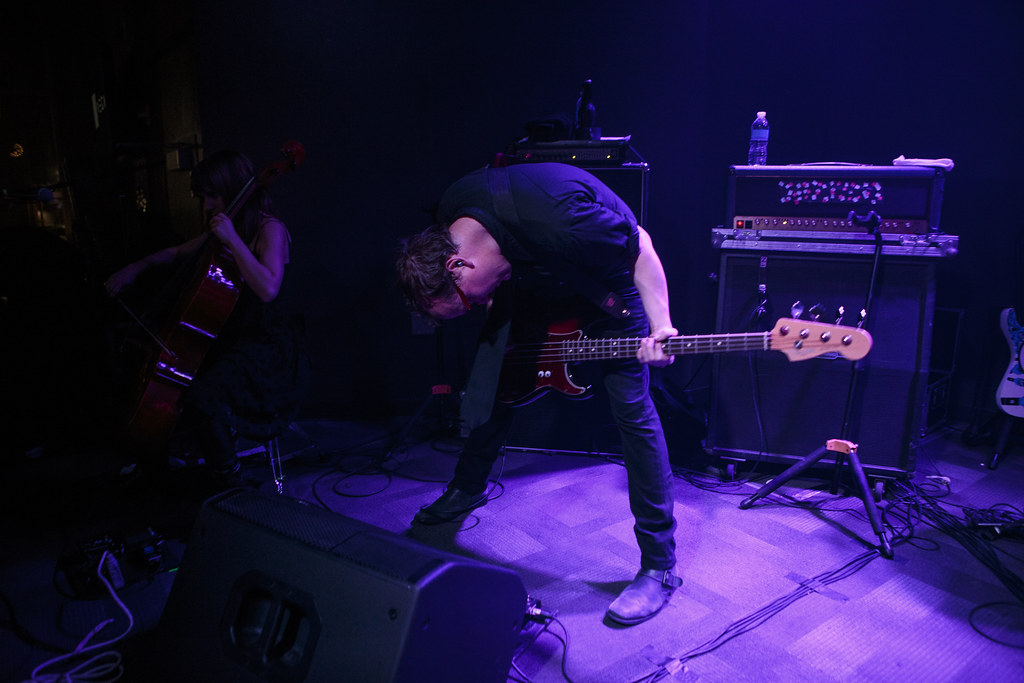 It could have been easy to get wrapped up in that wave, especially with Lind and multi-instrumentalist Patrick Newberry fleshing out the lineup, were it not for the evolution of many of the Ugly Organ’s tracks. “The Recluse” somberly trudged forth at a much slower pace than its album counterpart (and has for some time), highlighting the cello in what made for a more gothic feel.

Lind also shone bright on “Driftwood: A Fairy Tale”, darting in and out of Kasher’s and guitarist Ted Steven’s picked-out riffs. Newberry himself dazzled, with the signature trumpet melodies on “From The Hips,” chaotic freeform during the Mr. Hyde part in “A Gentleman Caller,” and playing both trumpet and keys simultaneously to close “Art Is Hard.” 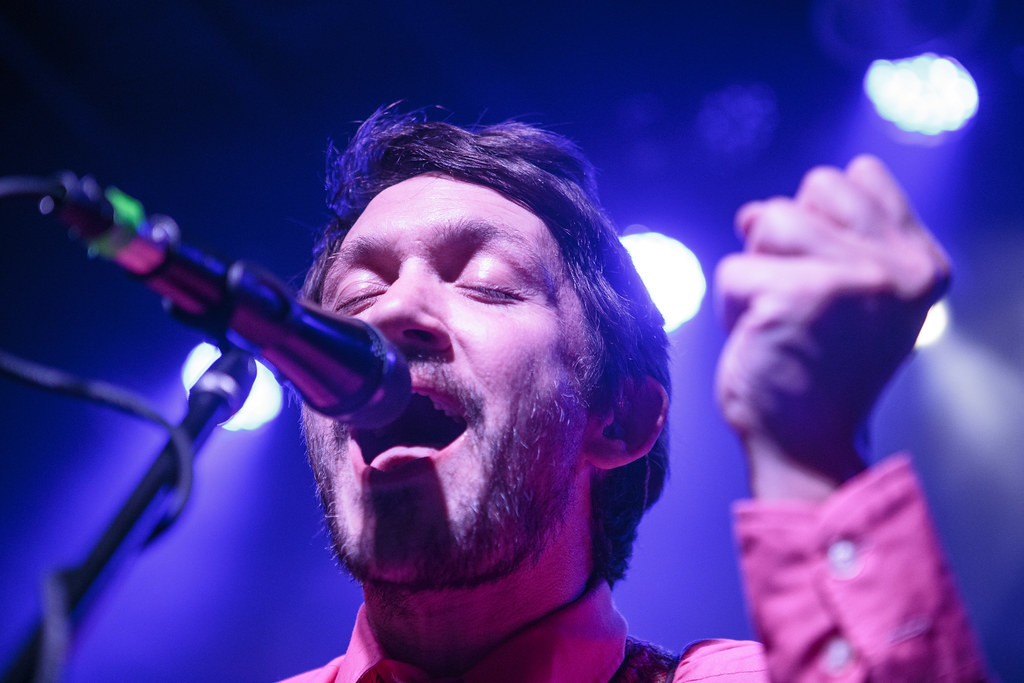 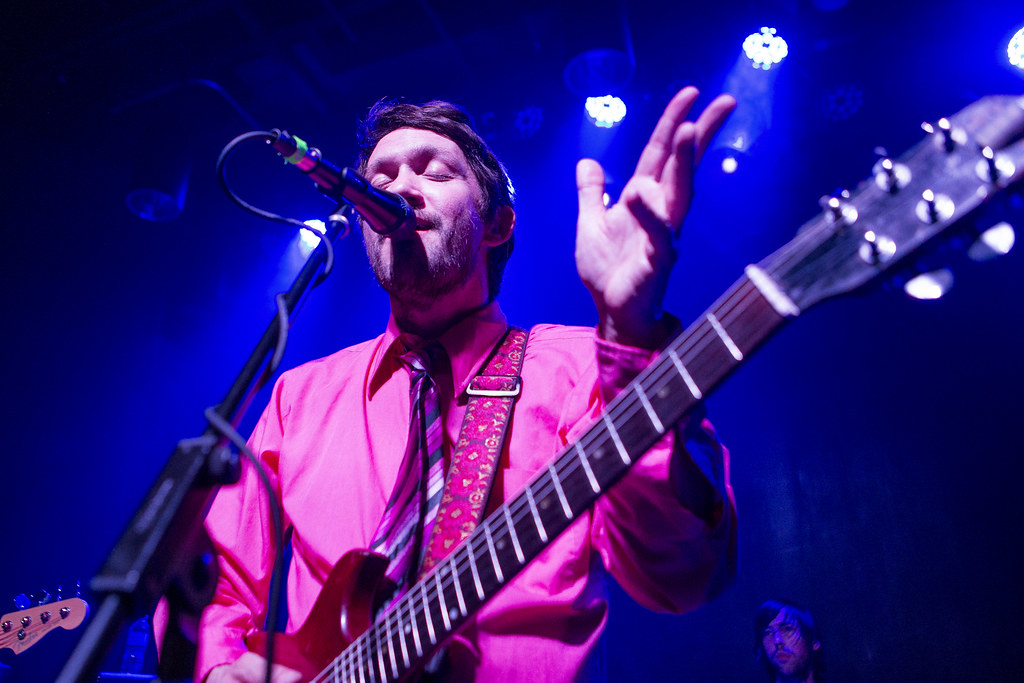 photos above by JP Davis

In the waning moments of the show, though, you could almost believe in Kasher’s time travel assessment. As the intro to “Sierra” ascended, with drummer Cully Symington tapping harder each beat and Lind building tension, you might have closed your eyes and imagined where you were the first time you heard it or saw it in person.

Maybe you also noted that the song itself is an exercise in “what if,” and you might have relished the “what if” you were currently living at the show. Quite a surprise, then, when Kasher took the lower register for “I’m ready to settle down now,” rather than screaming it. It’s not that the raging feeling has altogether dissipated; rather, we have the advantage of time and experience to soften its blow.

From Saturday’s set at The Waiting Room: 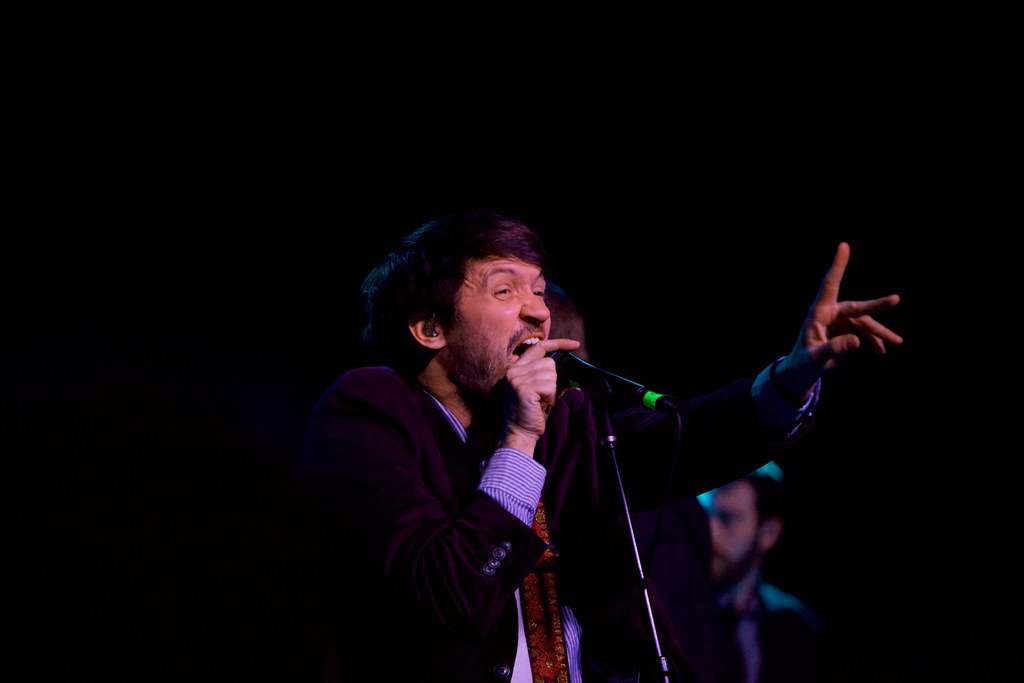 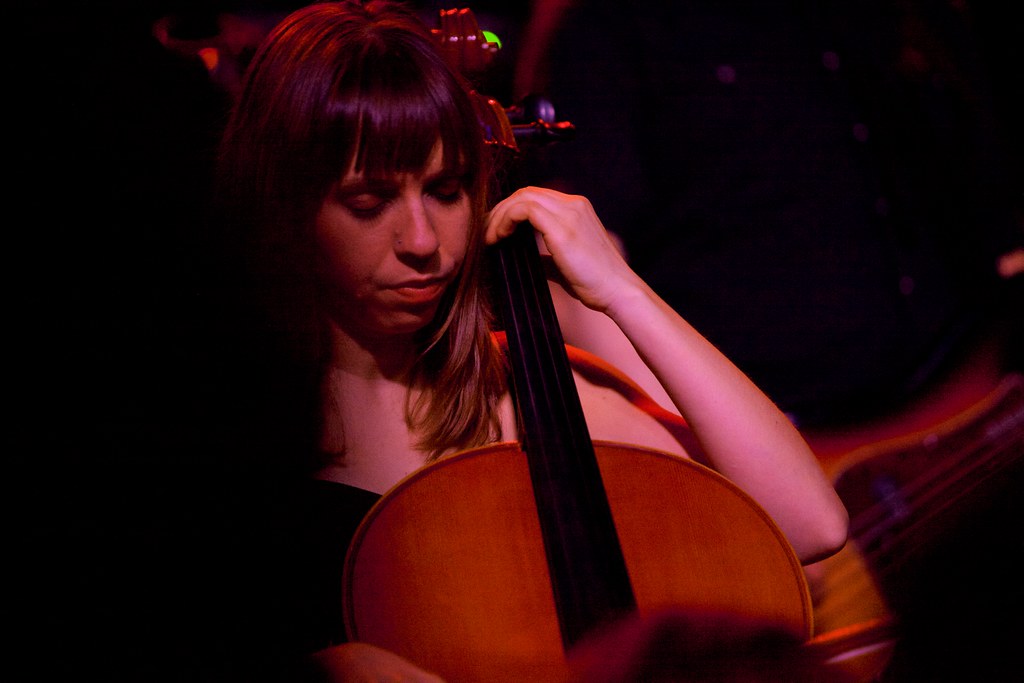 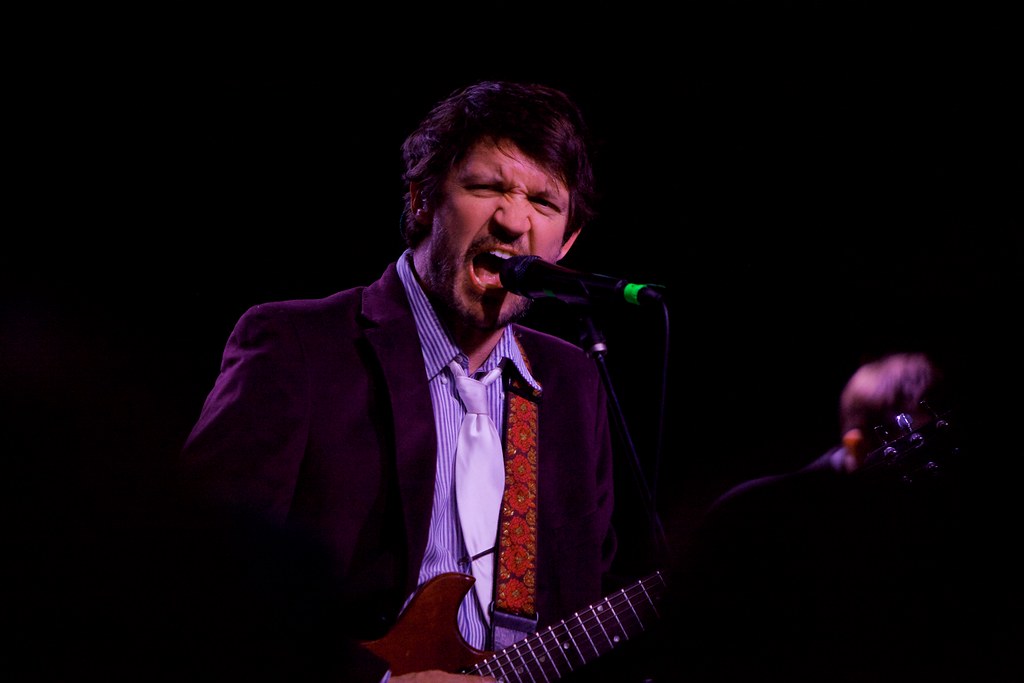 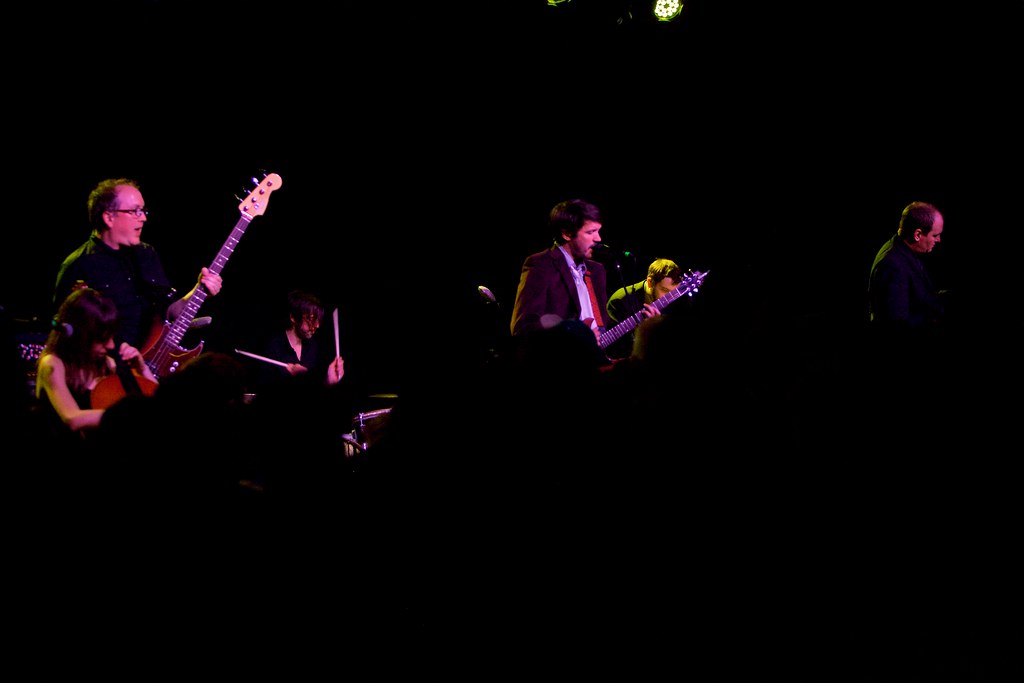 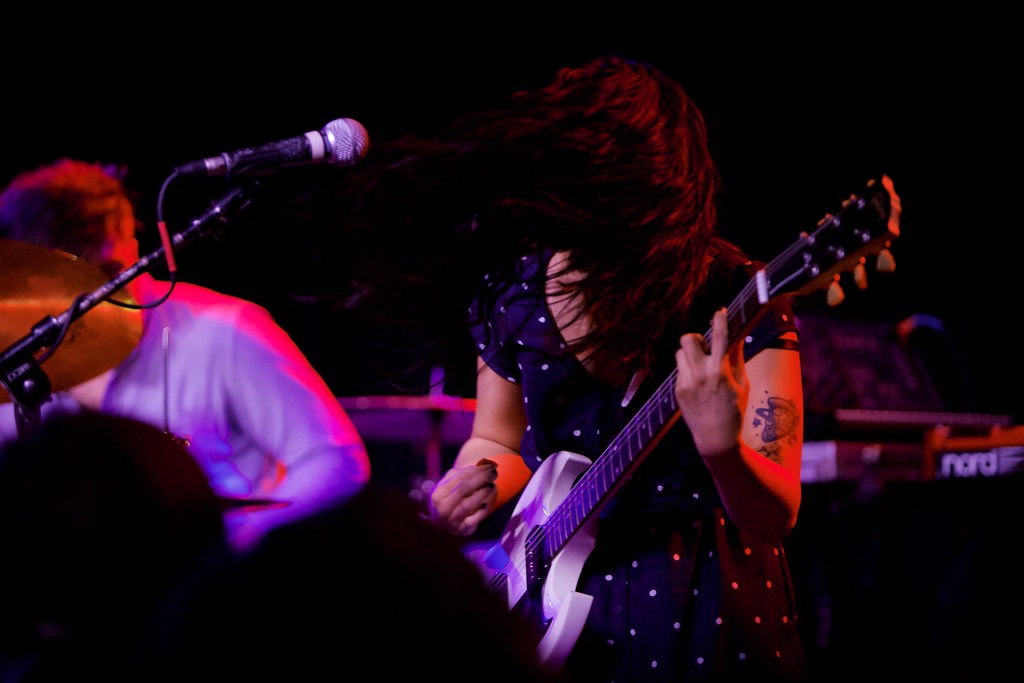 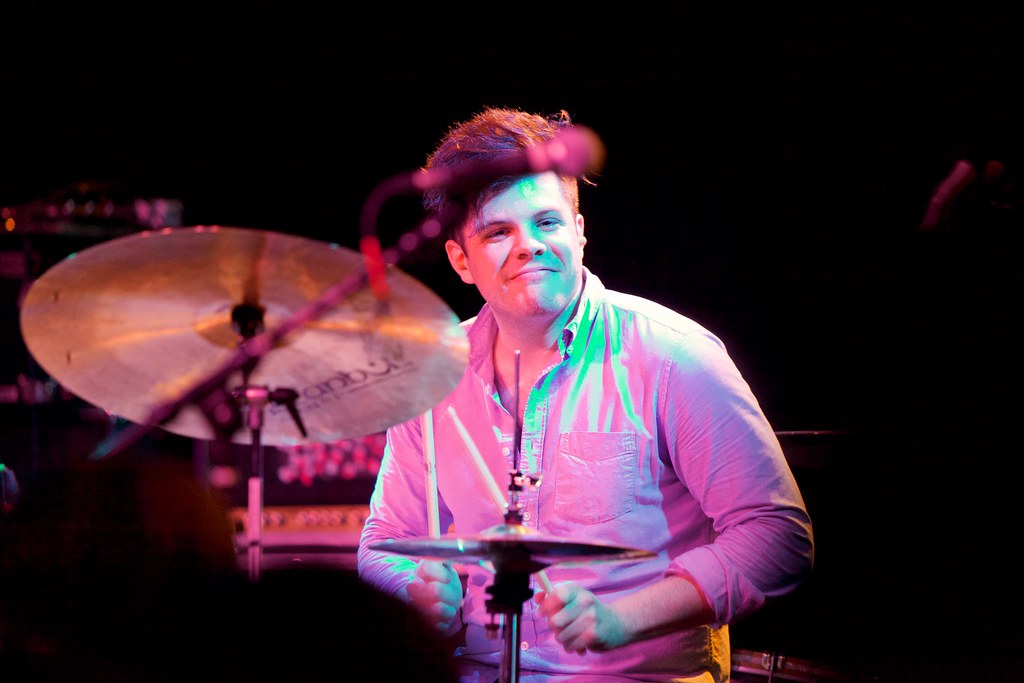 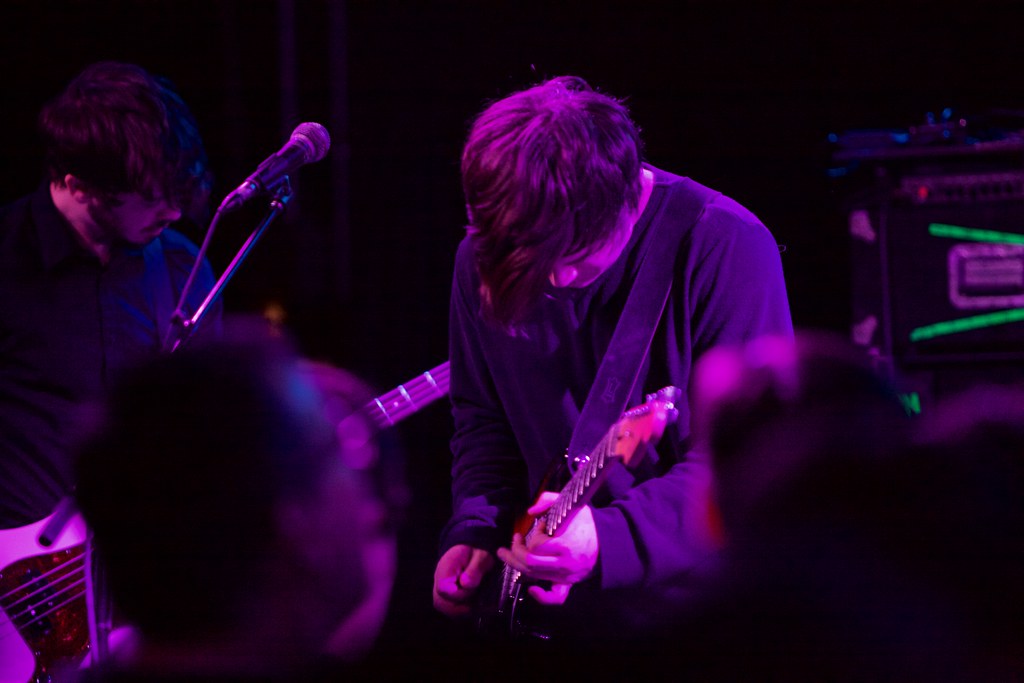 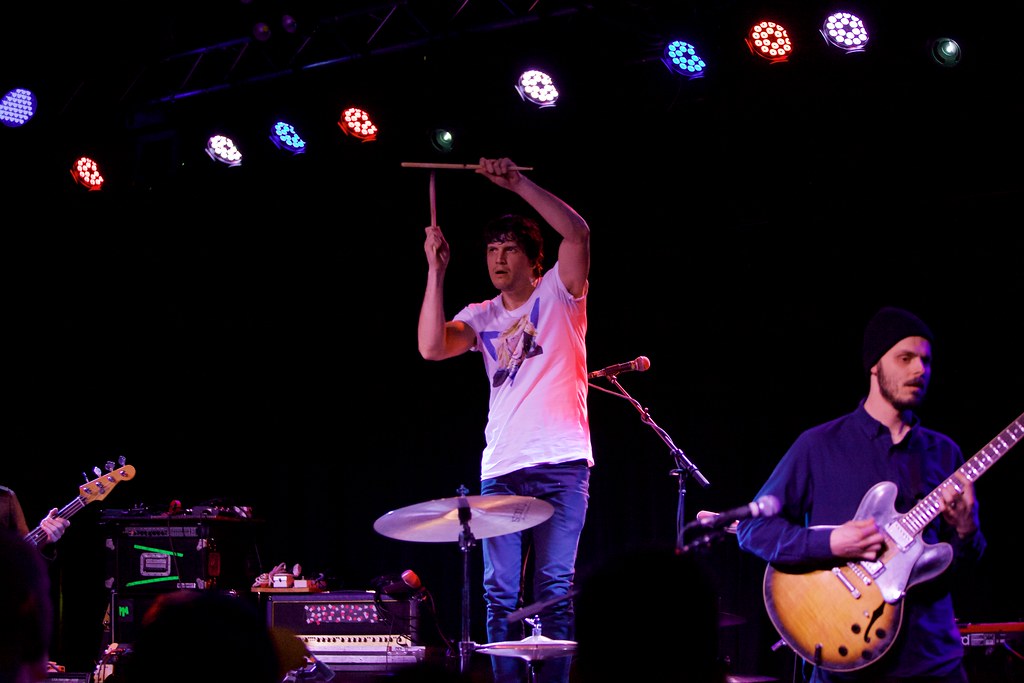 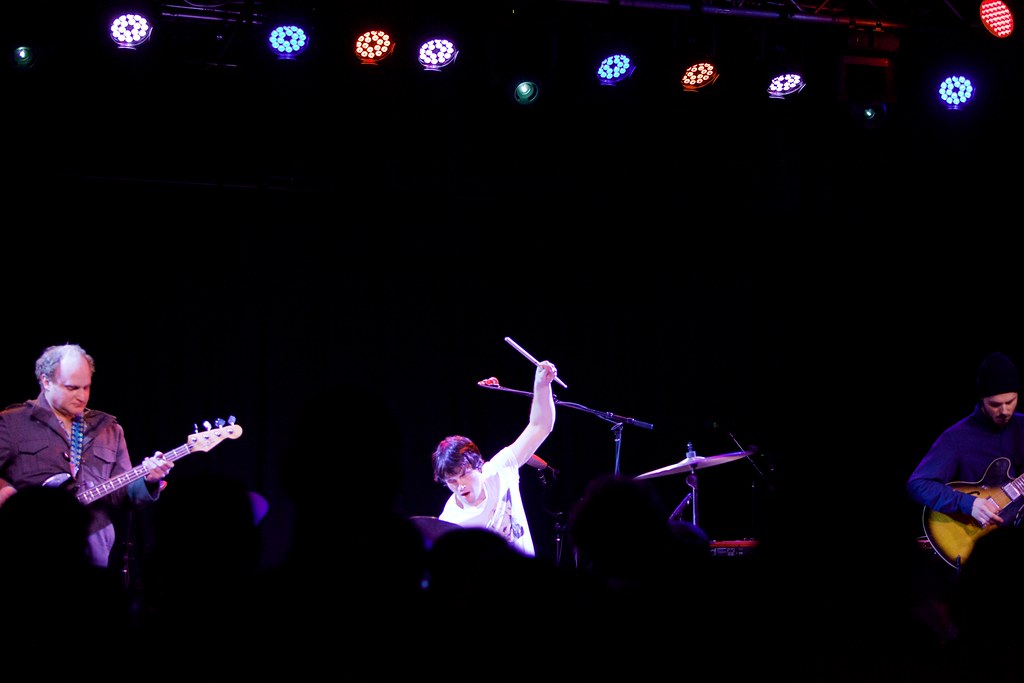 photos above by Marco Meyer 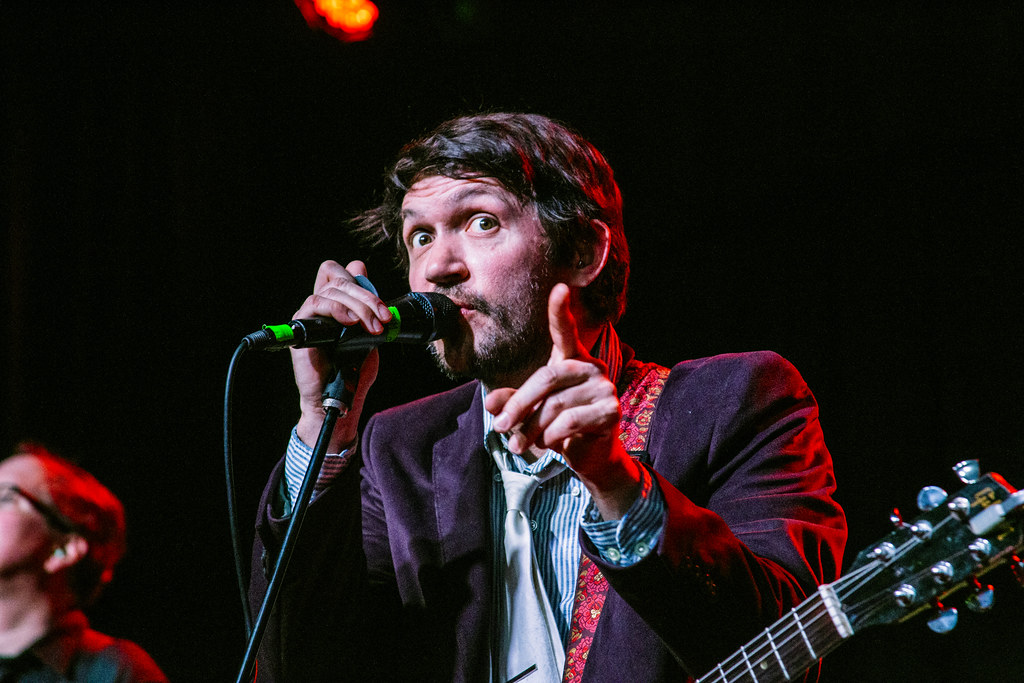 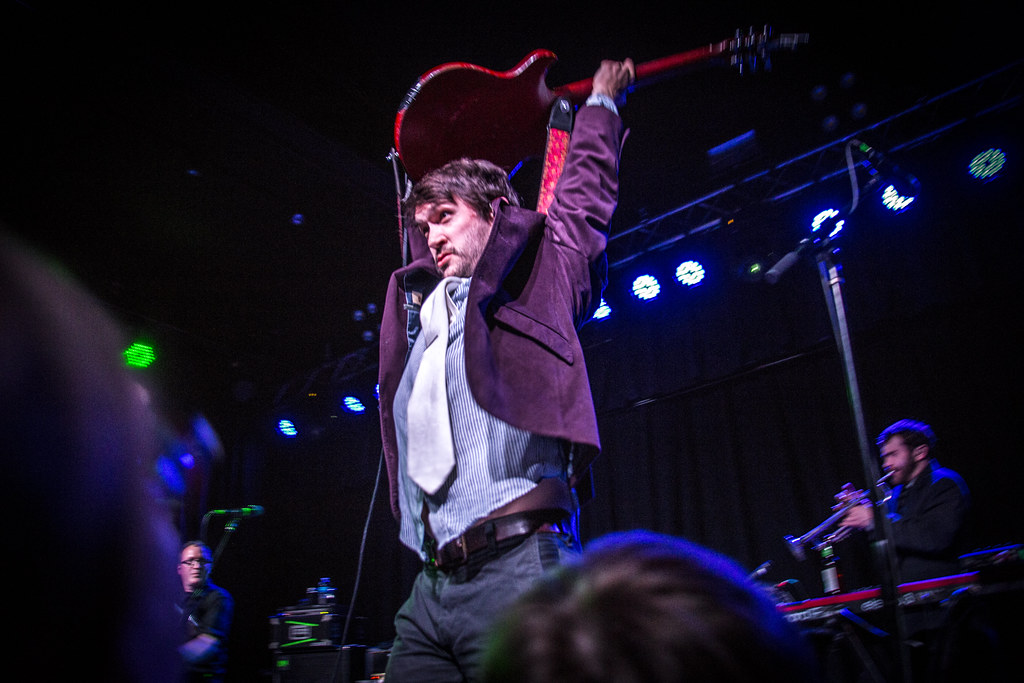 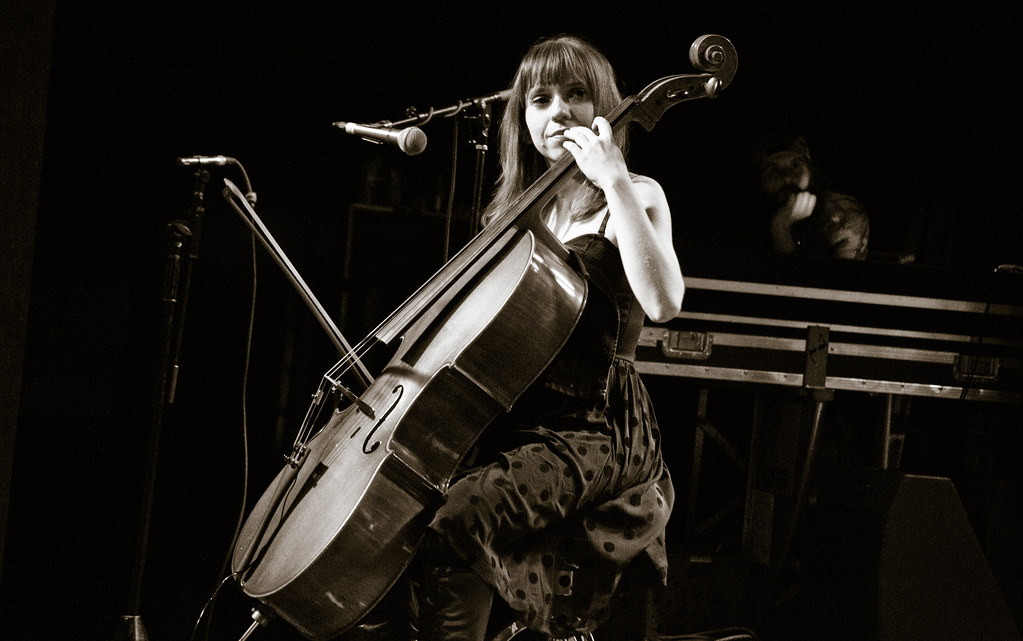 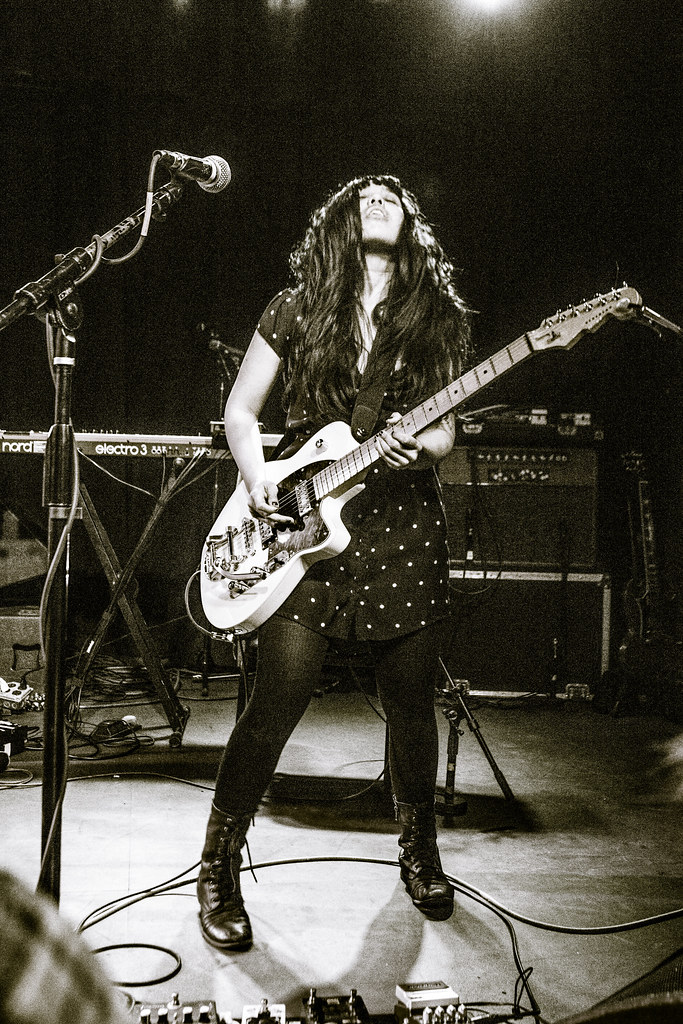 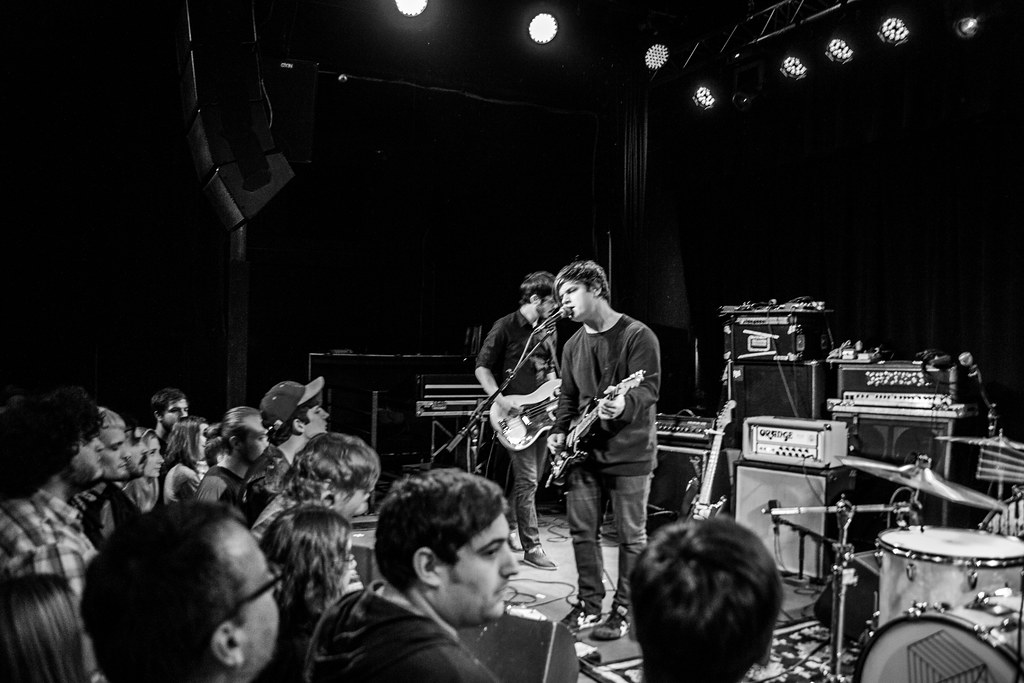 photos above by Andy Lachance