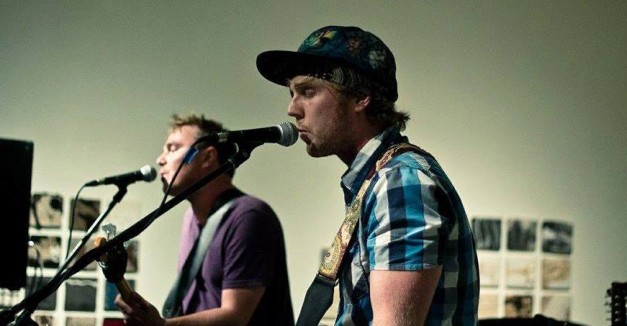 In a press release for their new album Down In The Cornroots, Baker Explosion dates its origins with the birth of its two members. That’s 1977 for Jason Baker and 1986 for brother Ben Baker.

The implication is that the two Norfolk-based brothers have been making music for as long as they’ve been on earth, but it does help explain the album —their first as this duo — and its genre hopping. Coming off the dissolving of their old band The Sweetness, Down In The Cornroots acts as a kind of sampler of what the brothers are capable. The album’s opener, for instance, is an odd kind of ’70s pop balladeering that invokes Billy Joel mixed with lo-fi basement folk, and tangentially, R.E.M.

The album will be out digitally on Sept. 23 and will be released physically at Norfolk’s The Office Bar on Sept. 26. Ben says there are Lincoln and Omaha release shows in the works for October.

Listen to the premiere of the album’s de facto title track here: