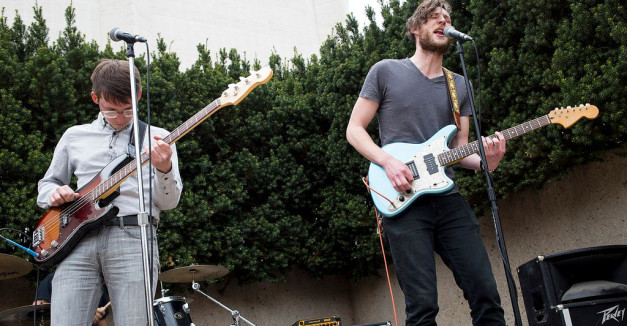 Tonight, Omaha hard rock band Coincide will celebrate the release of its new EP, Wishing Well, at Slowdown. And it will use the occasion to support a cause near to vocalist Ben Naughton’s heart.

The band will sell t-shirts at the show emblazoned with the phrase “Coincide to Fight Cancer,” with all proceeds benefitting Omaha charity Angels Among Us. The organization aims to help children stricken with the disease and their families by “[reducing] financial burdens on the family as much as possible so that they can focus on their child,” according to the organization’s website. Naughton himself was diagnosed with malignant sacrococcygeal teratoma at birth, undergoing chemotherapy and radiation through age three — an experience which draws him to this particular charity.

“At 33, this year marks my 30th year cancer free and I wanted to do something to give back,” Naughton says.

The EP and release show mark a quasi-comeback for a band that has been, off and on, a part of the city’s hard rock scene since 2007. Wishing Well is their first piece of recorded material since 2012 full-length The Way Out, when they were playing alongside the likes of Screaming For Silence, Emphatic and Arson City.

In 2013, after that LP and two other EPs before it, Coincide went on hiatus, as bands often do when their members are beckoned by families and careers. Naughton played in other projects, including a Deftones cover band called White Pony.

This past November, Coincide reformed as a five-piece, and set to work in their home studio, Fading Lights Records. Drummer Joel Goodsell had amassed enough recording equipment over the years to meet their needs, so they produced and engineered the album themselves. Naughton says that the process was smooth, attributing it to being refreshed by their break and re-energized by new members.

“Our time away just allowed things to come out fresh and different that what we’ve done before,” Naughton says. “With five guys in the band and two of them brand new, evolution was inevitable. We still have the same energy, if not more, as we had previously.”

They’ll bring that zeal to the main room of the Slowdown tonight, heading a huge billing that includes After The Fall, Narcotic Self, Made In Waves, and When Towers Fall. Tickets are $12. RSVP here.

As an added bonus, Coincide will give away downloads of Wishing Well to all attendees. Hear “Arise” below, an intensely pounding track from the EP and its de facto single.

They hail from the same state. They told pseudo-inside jokes about ham. They shared a quick, friendly peck on the cheek. When I last spoke to Nathaniel Rateliff on the phone, he talked about helping Gregory Alan Isakov with his gardening.

Why the two Colorado folk singers would tour together and share the stage for a song Thursday night at Knickerbockers is obvious.

But considering their partnership more anonymously, most cosmically, is a better time. For each playing folk music, the nitty gritty of their performances seems cut from entirely different fabric. Rateliff, a roughed-up potato sack. Isakov, a bit of well-kept denim.

It feels like they could’ve walked from opposite ends of the country — or the world, considering Rateliff’s back-country Missourian upbringing and Isakov’s South African roots — to meet up. As if Rateliff braved an entire lifetime of punk bands and torrential anger to arrive at the same place Isakov just meandered to looking for rhymes and little truths. Their playing together is full of small smiles, and even more, the feeling of mouths turning upward: Both artists with an undeniable knack for dissolving the past and future into a chord and a word.

And it was a hot, illusory room at Knickerbockers, sweat-inducing just by proximity to the, I’m guessing, 125-150 people in the dark.

Nathaniel Rateliff sings, clearly, but his opening set was a bonafide vocal performance at times. Across songs like the confessional “Still Trying” and the familial tall tale of “You Should’ve Seen The Other Guy,” he cycled through a good-natured mumble, a treacherous and trust-coveting baritone and a few high, spine-shivering moans.

Isakov gave a rotation of different looks onstage, as well. A backing quartet of violin, cello, electric guitar and drums ushered “Amsterdam” and “That Moon Song” to a place where Isakov’s traditional dulcet tones rose toward an exerting country voice. Then, he staged a rotation of more intimate lineups around a single microphone at stage front, the highlight coming with Isakov and banjoist Steven Varney investing in the audience’s politeness for a quiet “Stable Song.” Isakov, then, alone arrested the crowd with the closer from 2013’s The Weatherman, a proper love song with “She Always Takes It Black.”

Check out a few photos below by HN contributor Andrew Dickinson, and stay tuned to the series over the next two Thursdays. Lineup is here. 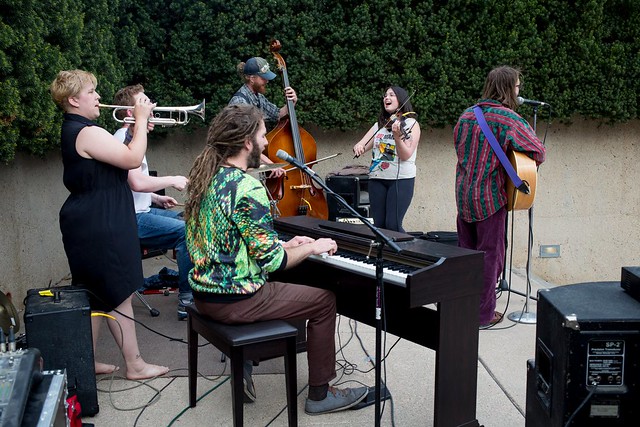 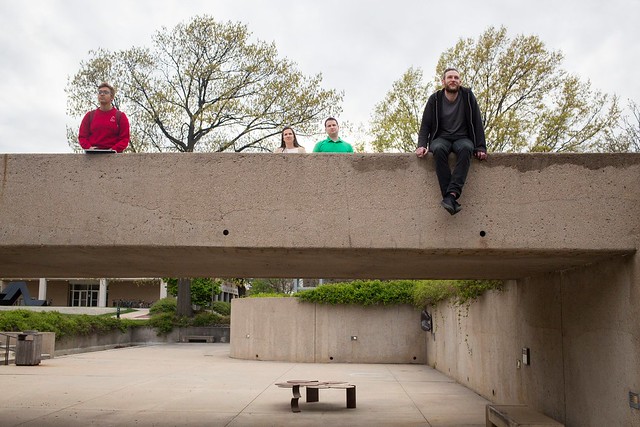 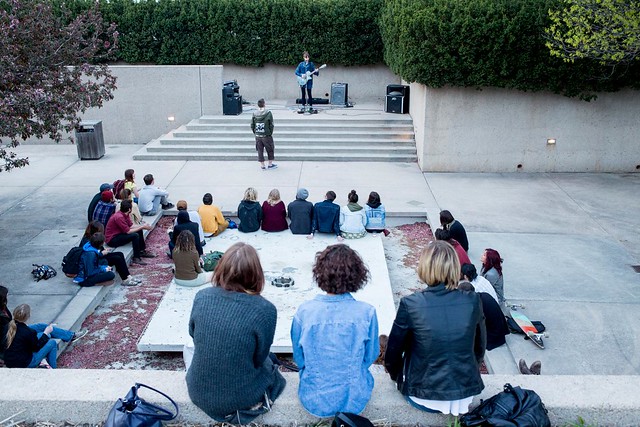 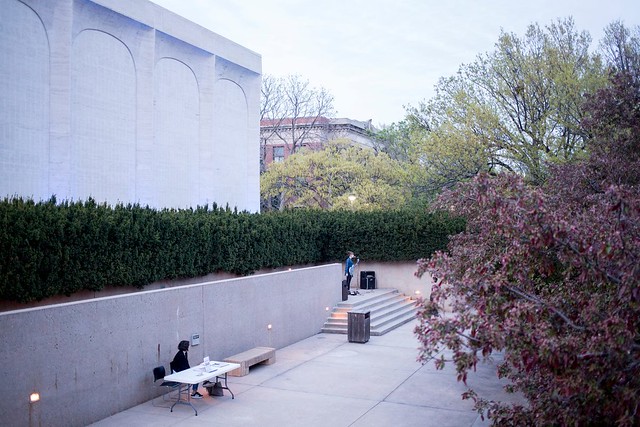 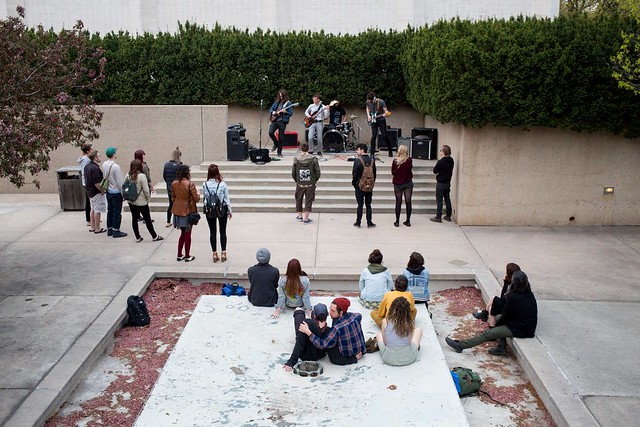 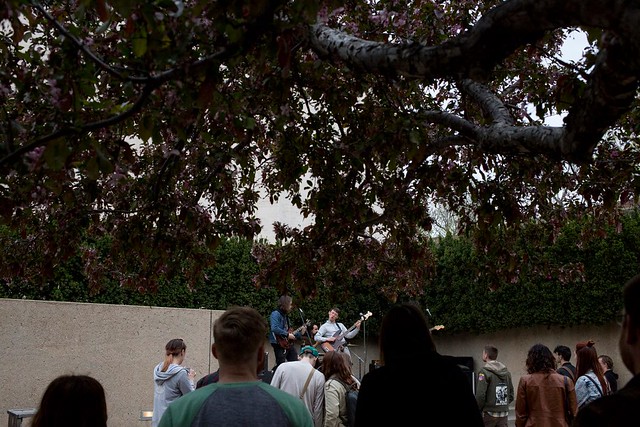 In February, we wrote about Anniversaire frontman Aaron Jordan’s trip to South by Southwest for his contribution to the film The Grief of Others. The film uses one Anniversaire song and Jordan wrote the rest of the score.

The film, by Patrick Wang, has been selected for an international premiere at Cannes Film Festival.

The Grief of Others is based on a novel of the same name by Leah Hager Cohen. It follows a family trying to recover from a devastating tragedy. Rachel Dratch plays a major role in the film. Dratch is best known for her work in Saturday Night Live and a recurring role in 30 Rock.

Tonight, North Dakota punk invades The Down Under in Omaha with performances by Pass the Flask, Too Fast for Frank and What Kingswood Needs. Cordial Spew and Dsm-5 also play on the bill. RSVP here.

At O’Leaver’s, Plack Blague and Digital Leather play together, just after the release of a new track and album details from Digital Leather earlier this week. The synth punk band will release All Faded on June 23, the follow-up to 2013’s Modern Problems. RSVP to the show here.