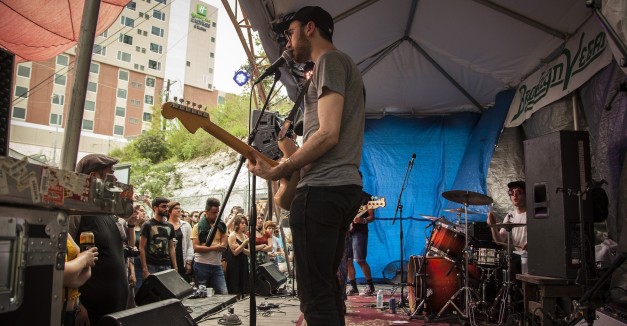 If you piled Jake Bellows, Todd and Orenda Fink and Morgan Nagler into a room and asked them to make music together, reggae probably isn’t the first thing you’d expect to hear.

But the foursome’s new collaboration, Cho Cho & Dasheen, is just that. The group debuted its first single, “The Itches,” yesterday via Culture Collide. The track will appear on its upcoming 7-inch Cool Pool Reggae, due out on limited 500 copy run on Record Store Day, April 16.

The article includes photos from their recent Jamaica recording sessions. Check them out and listen to “The Itches” here. 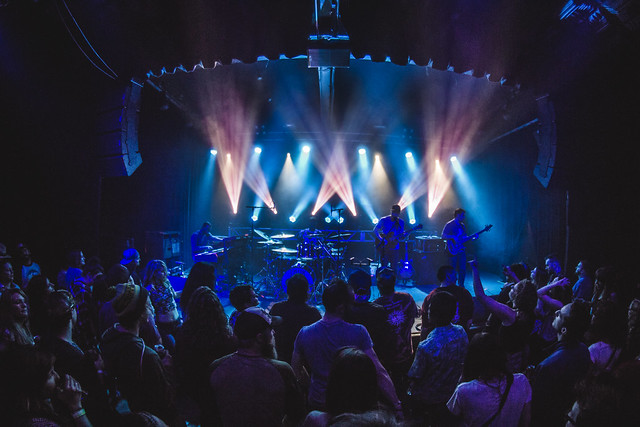 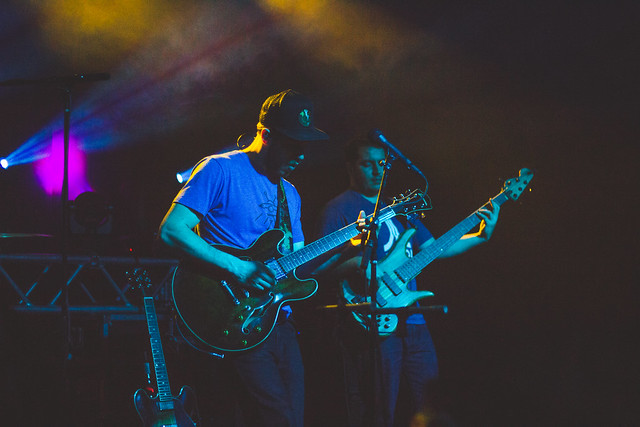 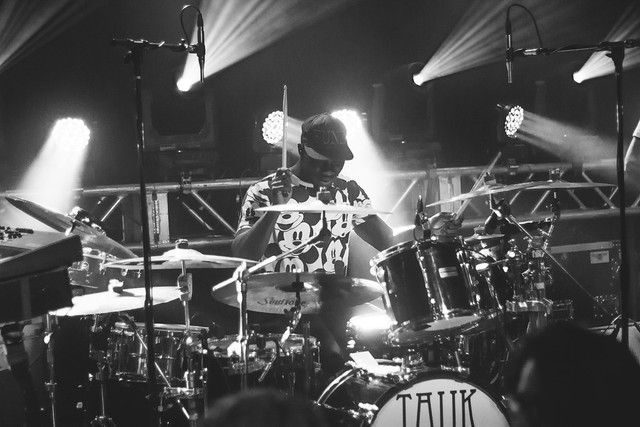 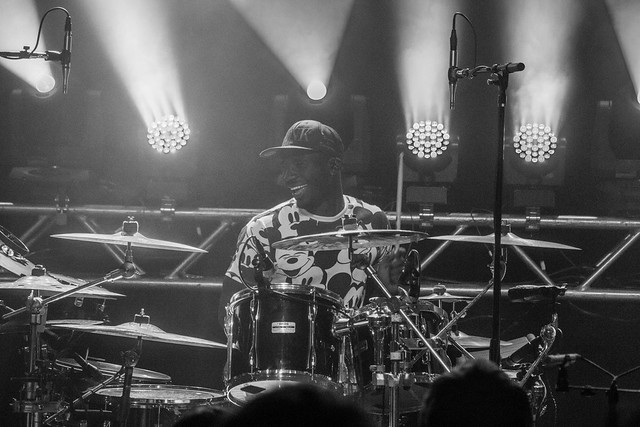 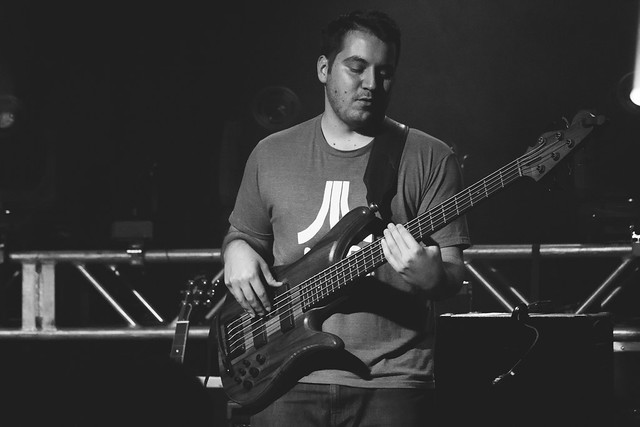 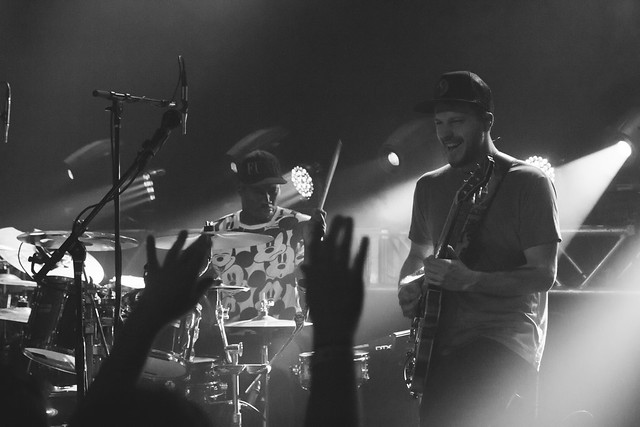 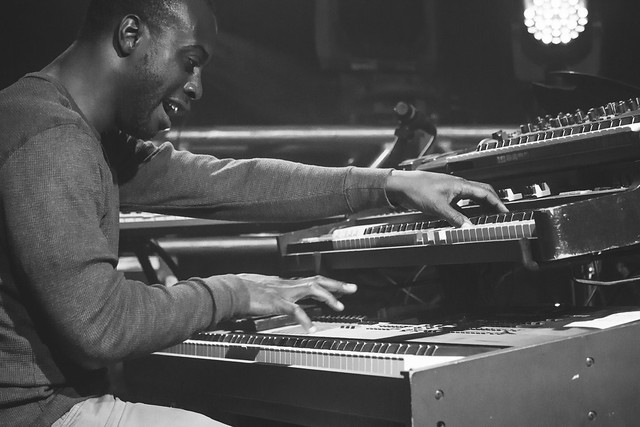 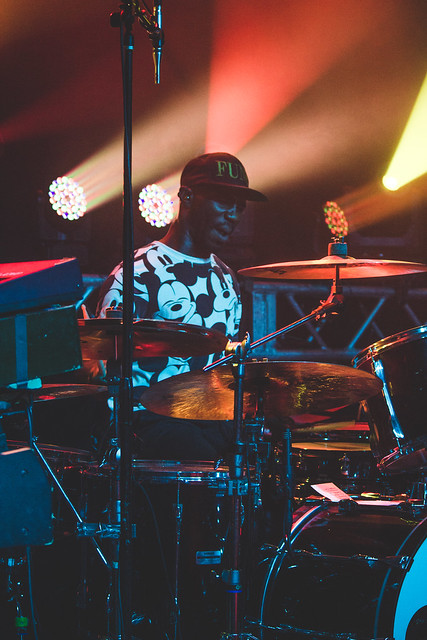 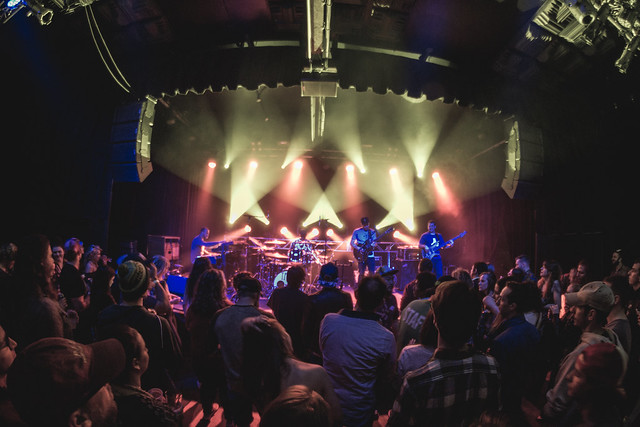 No foolin’, there’s a ton of stuff to do this weekend. Here’s a quick guide (and be sure to visit our statewide calendar here for the entire listing):

Bomb Shelter Radio Apocalypse Party at Milk Run – visual artist Justin Short’s Bomb Shelter Radio installation is coming to an end at the 0709 Gallery (adjacent to Milk Run), and is throwing a party tonight to celebrate its run. A laundry list of Omaha artists will make appearances: No Thanks, Sam Martin, Conchance, Dominique Morgan, Silversphere, Was (Gordon, Universe Contest), Rogue Moon, Graham Ulicny, The Shrinks. (The Facebook event says “don’t expect” them to show, but given today’s date …). Entry is $10, and the broadcast starts right at 9 p.m. RSVP here, and if you can’t be there, stream it live here and below:

Bomb Shelter Radio is on Mixlr

Yesterday, we premiered “The Evening Train,” an aching, dream-like ode to dearly departed friends. Later that evening, we recorded an “On The Record” podcast review, which will publish early next week. Hear “The Evening Train” below:

Miwi La Lupa’s album release party with McCarthy Trenching, Mike Schlesinger at O’Leaver’s – Miwi La Lupa’s Ended Up Making Love dropped last week on Team Love records, and the club will celebrate it tonight. HN contributor Andrew Samson chatted with La Lupa about his move from Brooklyn to Omaha and his changing physical and songwriting perspectives. Read the interview here. La Lupa has big plans for the rest of the year, including tours of the U.S., UK and Europe and starting work on a follow-up album. Tonight’s show is $8 and starts at 9 p.m. RSVP here.

2016 Nebraska Folk & Roots Festival Launch Party at The Bourbon – The third-annual Nebraska Folk & Roots Festival (June 10 & 11) lineup will be announced tomorrow night at the event’s launch party. The Bottle Tops, CJ Mills, Evan Bartels & the Stoney Lonesomes and Pleiades & the Bear will perform beginning at 8 p.m. There are three options for admission to tomorrow night’s show: $10 gets you in; $25 includes admission to the launch party plus a weekend pass to the festival; and the $60 VIP package includes the all-access weekend pass, t-shirt, koozie, poster, two drink tickets and one meal ticket ($80) value. RSVP to Saturday’s event here.

By now, we know Big Thief as the latest addition to the Saddle Creek Records rosters. It announced the signing along with its debut LP, Masterpiece, out May 27. Thus far, the Brooklyn-based band has released a pair of tracks from the forthcoming album, and combined with its strong showing at SXSW, have generated quite a bit of buzz. Read Noisey’s interview with chief songwriter Adrienne Lenker here.

And the local act, Noah’s Ark Was A Spaceship, seems to fit perfectly here. Its latest record, Three, is a darker, heavier album than the band has written in years. For their money, it’s also their best. Read our interview with the Omaha quartet here. RSVP to the 9 p.m. show here.

Gary Clark Jr with Black Pistol Fire at Sokol Auditorium – The Austin-born virtuoso guitarist, vocalist and songwriter comes to Omaha on the strength of Sept. 2015 LP The Story of Sonny Boy Slim. Clark Jr is a two-time Grammy Award nominee, winning Best Traditional R&B Performance in 2014 for his song “Please Come Home.” He won SPIN Magazine’s “Golden Corndog” award in 2012 for playing virtually every major North American music festival and then some. The singer/guitarist notably carries myriad influences including blues, jazz, soul, country and hip-hop. The show is sold-out, so if you’re already going, RSVP here.

Have a great showgoing weekend! Remember to send news tips, story ideas, song submissions and other updates to news@hearnebraska.org.