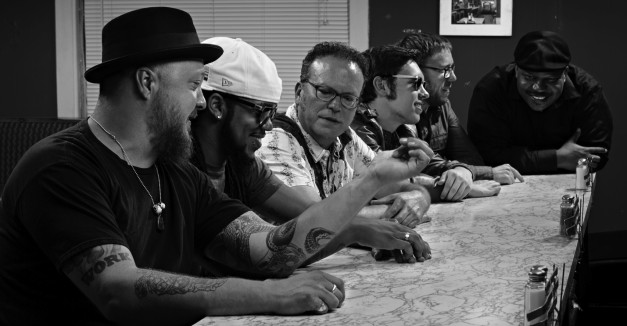 The evening train comes for all of us, no matter if we’re ready or not. Too often, family and friends in the living world are left to grapple with the resulting uncertainty and pain. But what if the departed could offer reassurance, some kind of comfort in their absence?

Josh Hoyer & Soul Colossal imagines that perspective in “The Evening Train,” a track from its forthcoming third studio album Running From Love and today’s song premiere. Hoyer tells HN that he “The Evening Train” in the wake last year’s unexpected deaths, among them Strawberry Burns vocalist/bassist Pat Clinch.

“I found myself dwelling on what it is these people would want to communicate to their loved ones from the other side,” Hoyer says.

“The Evening Train” is classic, heartfelt Hoyer, searching for a positive spin in the face of strife or adversity. Benjamin Kushner’s dreamy arpeggiated guitar lines and the one-two punch of Mike Dee and Marcus Lewis’s warm, oozing horns lend an uplifting sense of calm as Hoyer’s achingly soulful voice reaches out from the ether. It feels like an unbearable, crushing weight now, to cope with loss. Though some things are “not meant for us to understand,” resolutely, Hoyer’s voice reminds its loved ones “I’ll be there for you … when you get on board.”

Hear the premiere of “The Evening Train” below:

SumTur Amphitheater has announced its inaugural Sumturpalooza, partnering with Omaha rock band Venaculas to produce a local music showcase Saturday, May 28. We Be Lions, The Impulsive, More Than A Memory and the The Sub-Vectors comprise the current billing, with more acts yet to be determined.

Though the venue no stranger to the local scene, a full-fledged event devoted to local acts is a new, important step, says manager Doug Huggins.

“We’re excited to kick off another great season at SumTur Amphitheater by featuring talent from right here in our own backyard in the metro area,” Huggins said in a statement. “We hope Sumturpalooza can become a new tradition for our venue and a great way to start summer with a bang.”

Huggins says the plan developed when Venaculas’ Dave Hynek approached him last summer, after selling out back-to-back shows at The Waiting Room. Together, they set about putting together the lineup.

The outdoor venue has grown over the past few years into a viable stop for national touring acts. In 2010, it began working with 1% Productions and Mammoth Productions, hosting the likes of The Decembrists, Old Crow Medicine Show, Yonder Mountain String Band and Twenty-One Pilots. According to an Omaha World Herald report, attendance has grown from 11,000 in 2009 to 23,000 in 2014.

The Big Gigantic at The Bourbon

HN contributor Will Stott went to The Bourbon last night to get down with Boulder, Colo., EDM act Big Gigantic. The duo hits Minneapolis, Milwaukee, Wisc., and Kansas City, Mo., next on its Spring tour. See Stott’s photos below from a near-sold-out show: 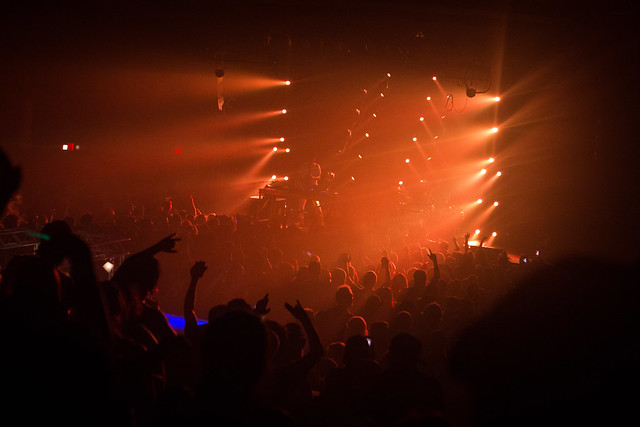 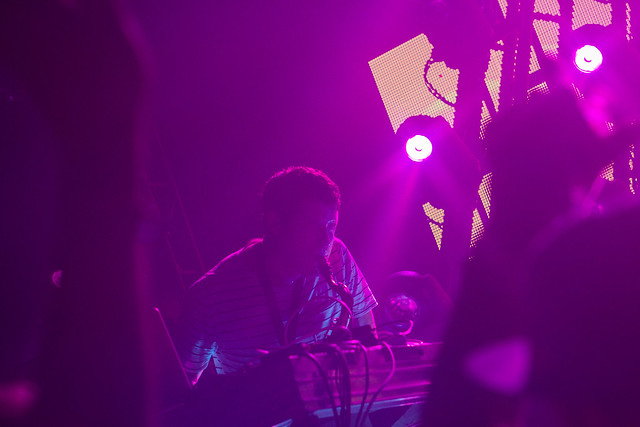 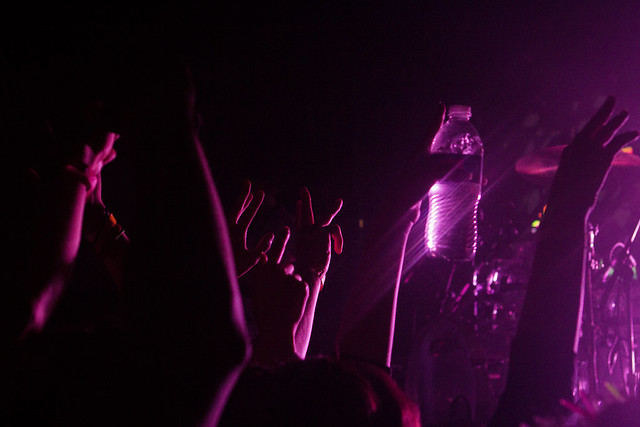 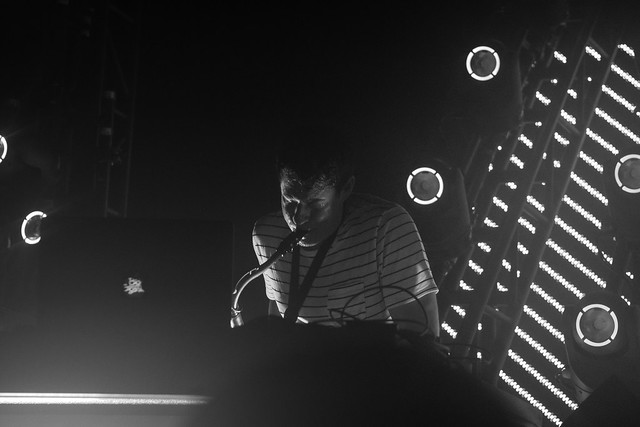 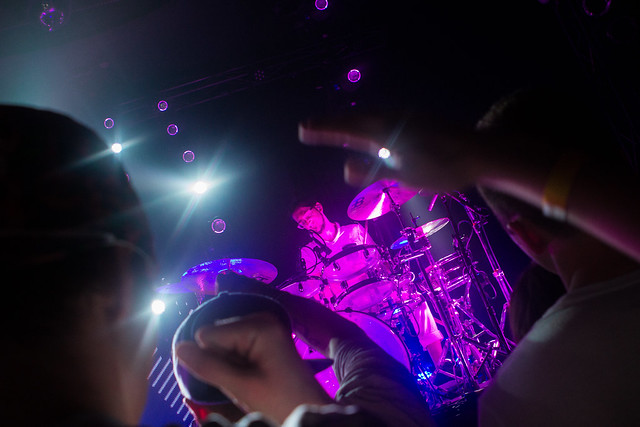 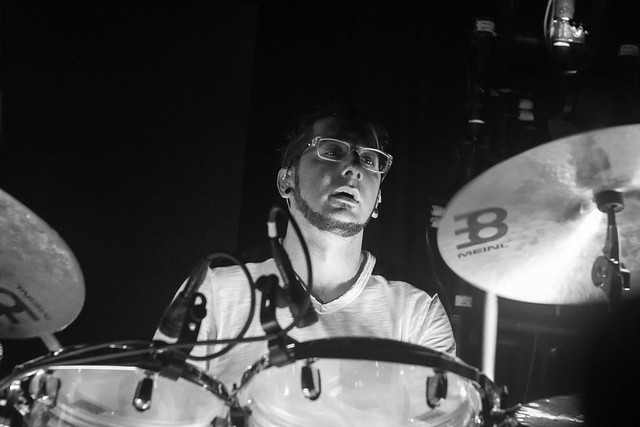 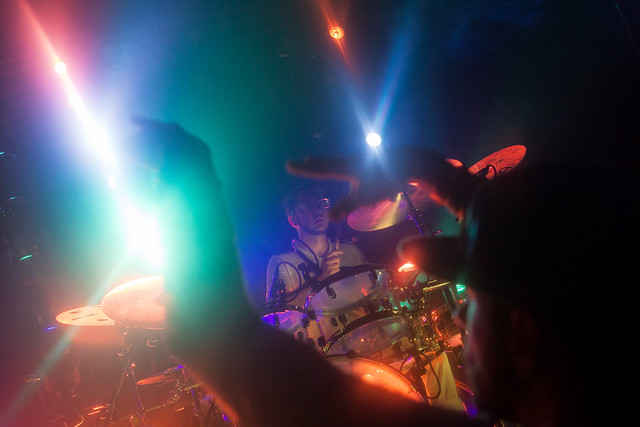 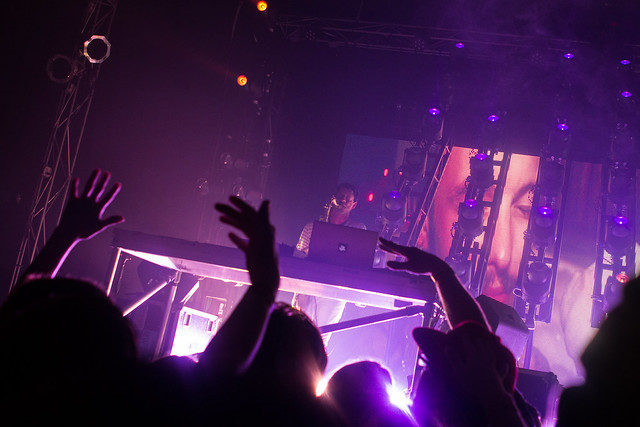 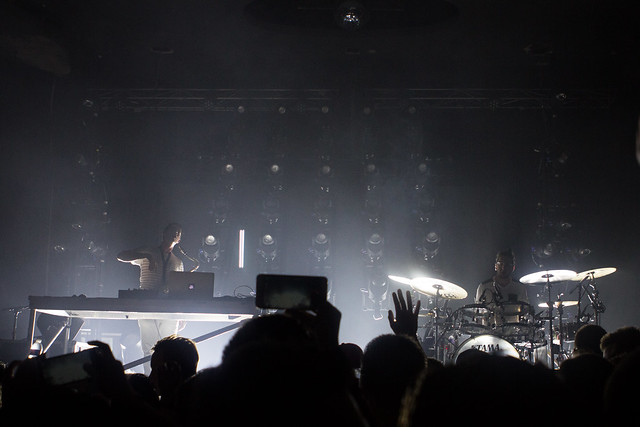 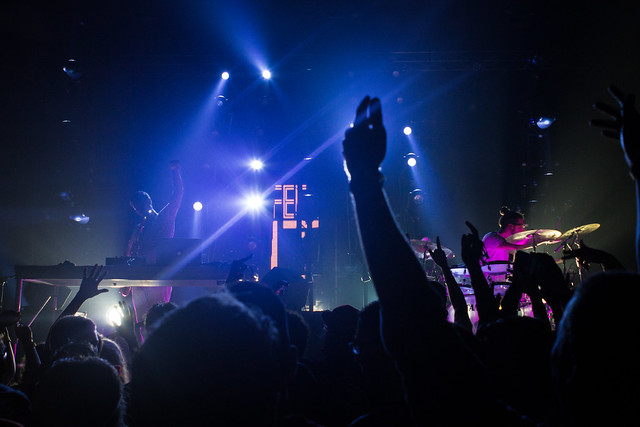 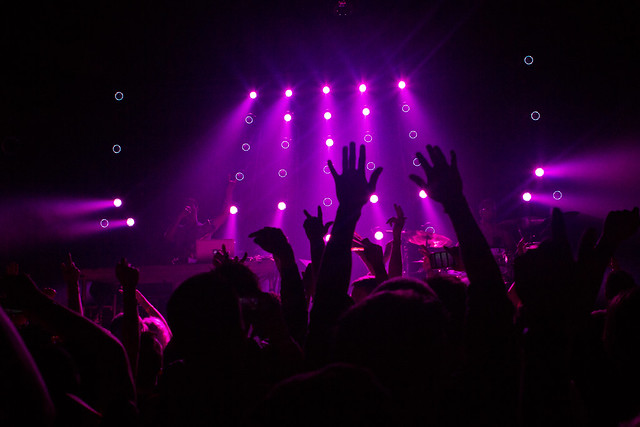 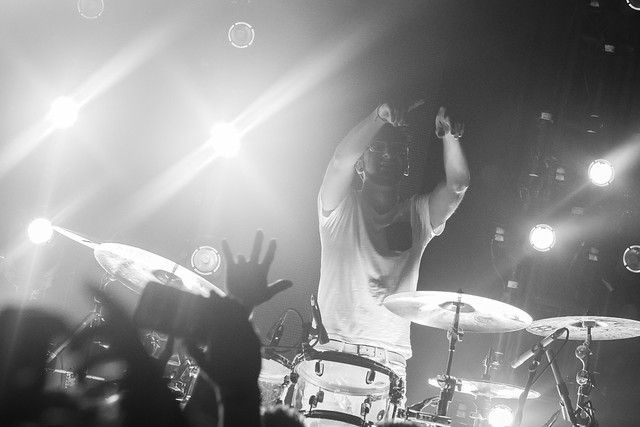 In Benson, Boston indie rock band Quilt plays Reverb Lounge. The band just released its third studio album, Plaza, Feb. 26 on Mexican Summer Records. Iowa City band Halfloves returns to Omaha with them, on the heels of its own self-titled album. Tickets are $12, RSVP to the 9 pm show here.

Jens Lehman and The Time Cops, Angelo Delsenno, Vince Giambattista at Barley Street Tavern – Lincoln singer/songwriter Jens Lehman has a new record on the way in May. Delsenno just released one earlier in the year before moving to Omaha from Seattle. RSVP to the 9 p.m. show here.

Thick Paint, The Shrinks and Oh, Rose at Milk Run – Olympia, Wash., psych rock band Oh, Rose comes to Omaha on its national tour, having released its Seven EP in this past June. RSVP to the show here.