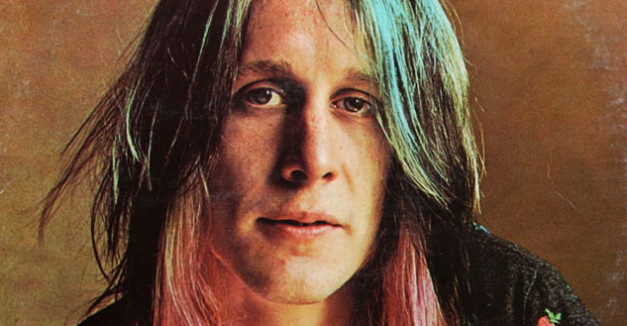 If you’re going to make 21 studio albums and hang around popular music for more than 40 years, eclecticness is almost a mandate.

Which seems to be the career arc of Todd Rundgren, who’s remained one of rock music’s most respected and prolific musicians in a career full of odd turns and side paths. Put another way, Rundgren’s career is fairly uncommon in that his fanship (and myriad bands he’s influenced) seems just as interested in his left turns into new wave, dance and world music as the pop-rock standards.

Rundgren comes to Lincoln’s Knickerbockers tonight on the tour for his new solo album, Global. RSVP here. Tickets are $35 today.

If you’re not a devotee to Rundgren’s vast catalogue, you might know him from a few ‘70s and ‘80s hits (and these are very different songs), like “Hello It’s Me” and “Bang The Drum All Day.” His new album, Global, is clearly influenced by the EDM-flavored pop of the day, but with a hoppy robustness that calls back to the ‘80s.

Finally, Homer’s general manager Mike Fratt included Rundgren’s 1995 Ranch Bowl stop as one of his favorite shows of all time. Read about that here.

It’s a simple but emotional message. Stand up, the pain will pass.

That’s the thrust of Omaha R&B singer Dominique Morgan’s new video for “Stand Up.” Even without the placard thoughts on race in the United States or “#BlackLivesMatter” in the video description or Morgan’s hat that reads “BLACK,” the message is hard to miss. “Rise up to face another day.”

It’s meant to encourage but, given race relations in the United States, it also reads like a plea to people of color. Stand up, face another day or lose to oppression.

This comes after Morgan and CJ Mills’ release last year of “What Can You Do For Me,” an equally socially conscious track. It places Morgan as one of the most outwardly socially-conscious artists working in Nebraska music right now.

One of the most influential vocal groups of 20th century music is coming to Lincoln.

The Bourbon announced today the iconic Motown group The Temptations will play Lincoln on May 28. Tickets go on sale tomorrow for $40, available here. The Bourbon is also hosting a ticket giveaway over at its Facebook page.

The vocal group set the standard through the ‘60s for R&B acts and went onto influence acts as diverse as Jackson 5, The Parliaments and Hall and Oates. Today, The Temptations, which has been through many lineup changes, performs with one original member, Otis Williams.

Yesterday, The Bourbon promised two big announcements today. This was the first. Keep your eyes there to see what comes this afternoon.

Yesterday, in addition to writing about the new Desaparecidos video, we also mentioned Conor Oberst’s t-shirt that read “Deport Conor Oberst” with a picture of Tim Kasher. You can now own this Nebraska music in-joke. Wink at your friends who get it, sneer at those who don’t. Buy it here.

Tonight, Yonder Mountain String Band plays The Bourbon. Tickets are $25 (RSVP). The Colorado-based bluegrass band has been playing for 17 years, making a name for itself as one of the premiere bluegrass acts in the country. The show starts at 7 p.m. Folk and soul cellist Ben Sollee opens.