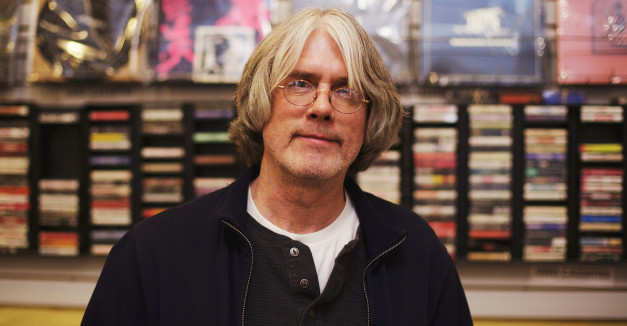 Editor’s Note: If you don’t know Mike Fratt, this piece can catch you up. He’s one of the Omaha music scene’s longest-running observers and participants. He’s been in numerous bands, hosted a radio show, managed Homer’s Music for decades. Essentially, he’s one of the most qualified people you could ask for a list of legendary live performances in Omaha. We thank him sincerely for making this list.

In 1978, I was dating Judy,  an old friend from I knew from middle school. She had stopped in the store in the spring of ’78, not knowing I worked there. And after much catching up, I asked her out. She was currently employed as a park ranger at Fontenelle Forest and lived in a cabin within the forest. I loved experiencing mornings in that forest.

Judy bought the tickets as much for herself as a surprise for me. While Springsteen had already graced the cover of many major publications, he was still not huge yet. Reputation, for sure. Some rumors of a performance at UNO a year or two ago also had interest high in this show.

The Bolivian marching powder in Judy’s freezer left behind by some vagabond friend certainly colored our perspective of the evening, but regardless of the stimulus, this was something special.

Springsteen’s running back and forth across the stage with exuberant intensity was mesmerizing. The band stopped and started on a dime, swelling to crescendos only to drop to intense nuance.

History tells us Bruce had recorded almost three different albums of material before deciding to go with the tunes and concept surrounding Darkness on the Edge of Town as the follow-up to Born to Run.

Opener “Badlands” proved Born to Run was no one-hit wonder. Seemed like the show went on for 2+ hours. Something we would later learn was a staple of Springsteen shows.

Late set selection “Growin’ Up” remains one of my favorite songs of all time.

I had never seen a performance of such energy not realizing I was indeed seeing something special. The evening was electric and we rode it late into the night.

I’ve seen Bruce five times, and both this performance and the show at Devaney a couple years later rank as two of the Top 20 shows I’ve ever seen.

I had already seen Aerosmith before this tour supporting Toys in the Attic. The Boston rockers had appeared at Lincoln’s Pershing Auditorium in support of their second album two years prior.

This was a great American rock ‘n’ roll band by the time summer of ’76 came round. They were near the top of their game. Toys contains some of the band’s most iconic work; “Walk This Way” and “Sweet Emotion.” When the band was still raw energy. When Steven Tyler could hit all the notes. Power, swagger, rhythm and confidence and an increasingly sophisticated dual-guitar riffing attack.

It reminds me of the days of my youth when we would worm our way to the very front. Amid the crush and smell and stupor. And it was the dead of summer. Hot. Mid-90’s. The steamy humidity lent itself to the evening of music.

Aerosmith had one more great record in front of them, Rocks, until too much touring and too many drugs took their toll. They would have some great moments later, but they would never re-create the magic of the ’70’s era.

This is one of those legendary Omaha shows that 250 people claim they were at, even though only a hundred were actually in attendance.

The 7-inch, or 45 as we used to call them, “Radio Free Europe” had generated some excitement with word the band would soon release a new EP on IRS Records, an influential new wave label. That would surface in August of ’82.

This was back when the live music stage was on the second floor of the Howard St Tavern, not down on the main floor that many will remember. Before the White Rabbit, the upstairs was the performance space and the main floor was just a bar.

Michael Stipe was so far back in the mix the lyrics were unintelligible, but I think that was the intent. It was really Peter Buck’s jangly Byrds-ian guitar work that caught everyone’s attention.

It was an intoxicating evening. Not a lot of cool new wave bands existed in Omaha at the time, probably due to lack of venues to play at, the point being it was a joy to hear music like this, in Omaha, in 1982. Sure, more cool stuff would come, but at the moment this was significant.

I’m a huge Todd fan and have seen him about 25 times live, so I was thrilled when I had the opportunity to open for him at the Ranch Bowl in 1995.

I was playing bass in Todd Grant’s band, sometimes called Compost. [Grant] was a terrific local songwriter and is the great lost album that never came out on Saddle Creek.

Our main guitarist, Matt Rutledge, was off on adventure, so Todd and I, with Mike Daeges on drums often played as a three-piece, but sometimes Mike Brannen (Guerilla Theater) or Dave Nordin would step in and add lead guitar to our live gigs.

As soon as the Rundgren booking came up, both Brannen and Nordin expressed a desire to play and we, too, wanted a lead guitar for such an important gig.

To play, they had to rehearse with us a couple times prior to work out any sketchy stuff. We wanted to play well and this was no simple bar gig. The show was sold-out. To complicate the matter, Brannen missed the penultimate rehearsal and Nordin missed the night before.

Both showed up at the Ranch Bowl ready to play and as we were loading in, Todd’s road manager asked how many guitars we had. “Three,” was the answer. Shortly after that we were informed we were not getting on stage with three guitars. Two or we don’t play. Do we bow out or play? Do I give up this opportunity to play before one of my idols?

We, of course, chose to play and told Dave, who had missed rehearsal the night before drew the short straw.

Once we hit the stage it went by in an instant. I remember a sea of people and applause and not screwing up.

We stood in the back of the room as Todd Rundgren and band ripped through one of the most rocking sets I have ever seen from him anticipating much partying with Rundrgen post-show. He played tunes from Nazz, his very early pre-Something/Anything solo albums and obscure fan favorites.

I would put this Todd show in the top 5 of all Todd shows I’ve seen. This was Todd as rock god, guitar hero blazing through his oeuvre and he meant it. Add the fact that Todd has not played Omaha that many times, so this was a real treat.

The post show? Didn’t happen. Later, I learned Todd was notorious for not wanting to meet fans or hang out. What’s that old cliché about meeting your heroes?

Didn’t matter. I got to open the show.

In 1998, I gathered the talents of local artists and produced a holiday collection, Christmas Tracks Too. It was a follow up to a 1988 holiday release I produced on cassette featuring local alternative rock including Cellophane Ceiling, Mousetrap, Acorns and others.

The focus on this second album was to craft a pop holiday album and I was lucky enough to get Mulberry Lane, Jill Anderson, Blue House and Michael Campbell to contribute. With a couple exceptions, we recorded all the bands, essentially live, at Warehouse Studios with Tom Ware on the boards.

Gary Foster had been playing drums with local jazz legend Preston Love, so I asked him if he would approach Preston about contributing a tune.

I was elated when he agreed to participate and we booked a session. Gary told me to bring Preston a bottle of brandy, so I purchased the best I could find. His band included another local great, Orville Johnson on piano along with Nate Mickles on bass and Gary on drums.

They played with laid-back confidence improvising live in the studio a holiday medley that comprised classic melodies and off-the-cuff improvisation with Preston riffing lyrics live on tape. It was a gas, with brandy and wine flowing, Preston telling told stories of his days playing with Count Basie or The Temptations and what it was like to be a bandleader with Sonny & Cher.

It was a delightful evening of stories and music education, one I’ll always remember.

Preston hadn’t recorded anything in years prior to my Christmas CD and I was thrilled to hear of him re-entering a studio just months after my collection. He and Gary went on to record two albums before Preston passed.

And I think my holiday album still sounds good today.