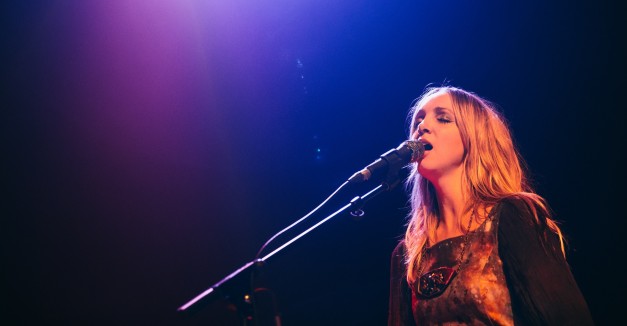 The Mynabirds made its way back to Omaha last night, touring in support of Lovers Know, Laura Burhenn’s third LP under that moniker. She was joined by new Omaha band High Up and Minneapolis indie rockers Bad Bad Hats.

Here are three things I saw, heard and felt at Slowdown last night: 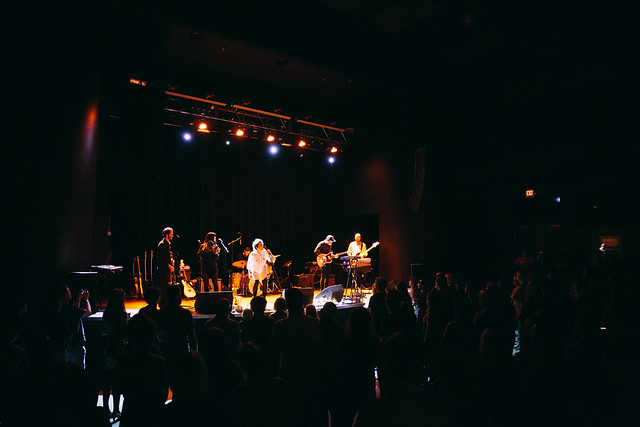 Maybe it would have been a surprise to hear how slick High Up has become so quickly if the band didn’t field a very talented, experienced roster of Omaha musicians. A near show-stealer, the six-piece led by Christine Fink and comprising Orenda Fink, Greg Elsasser, Josh Soto, Eric Ohlsson and Jason Biggers spread out into all corners of its own constructed funk and soul box.

Built of pieces of indie rock and classic soul, High Up’s set had a recognizable musical theme, but made use of all the tools available to them. The brass section of Biggers and Orenda Fink conjured huge, ensemble-like sounds, dramatic and swelling like a band of 15. Some songs crept into Black Keys territory, and I thought I heard a glimmer of Cake in “Domino,” though it was much funkier than John McCrae could ever have managed. High Up even nailed a cover of Bright Eyes’ “Make A Plan To Love Me,” taking what constitutes the bones of a soul number and making it sound like its own original composition.

And Christine Fink played the seasoned bandleader, bouncing and skittering across the stage with nervous energy while belting soulful upper-register notes. Runner-up of “most fun to watch” goes to bassist Josh Soto, for whom it was hard to imagine anyone having more fun grooving in front of other people. He might as well have been in his own living room.

Bad Bad Hats, in observance of your daily life: 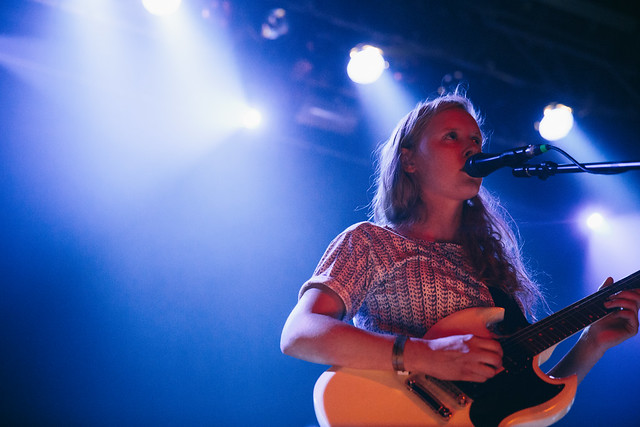 The mundane details of life often go unnoticed in the midst of heartbreak. Watch yourself drifting listlessly through your routine: make coffee, brush teeth, knot tie, drive to work. Minneapolis indie band Bad Bad Hats juxtaposed the two front and center last night. “I want a Pepsi/and a heart that won’t break,” vocalist/guitarist Kerry Alexander sweetly lulled through “Super America.”  Alexander paused mid-set to explain their next song, about falling asleep with your phone under your pillow. “You have stuff to do the next day but you need to be present.” Much of Bad Bad Hats’ set bobbed with humming guitars before it ramped up towards the end. It’s often reductive to compare touring bands to old Saddle Creek stalwarts, but Alexander’s soft lilt, lyrical style and Chris Hoge’s burning Telecaster couldn’t help but recall early Rilo Kiley.

The Mynabirds’ in Omaha, Laura Burhenn in your heart: 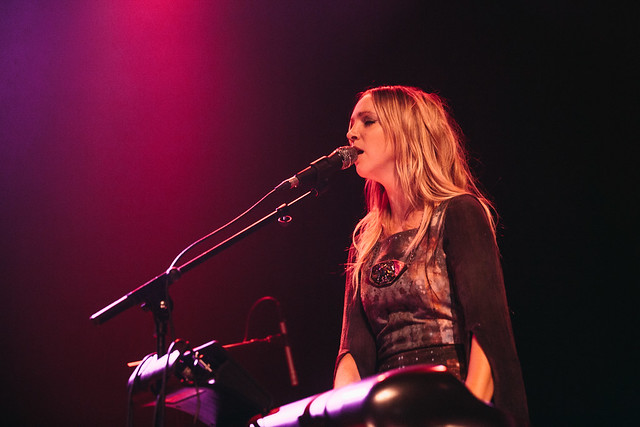 Burhenn appeared alone to start her set, bathed in orange glow. “What We Gained In The Fire” was impossibly grand for one person on a small keyboard. It was an emotional, powerful way to begin her Omaha return, and it also seemed to be her specialty throughout the night. “Give It Time” was similarly gospel-like, building on it’s own piano line and spilling outward like the end of “You And Whose Army?” “All My Heart” pounded like the title’s vital organ, much grander and human in person than the recorded version suggests. Even with the full band, hone in on Burhenn and the core of her songs reveal themselves. The two emotional high points came for her two Omaha toasts. The first time was with “Semantics,” as she raised a glass to her mid-point town, which “always kept my heart full.” The second was at show’s end with “Omaha,” which reads like a letter to a treasured lover with whom it couldn’t work out. Finally, she was able to deliver it in person. 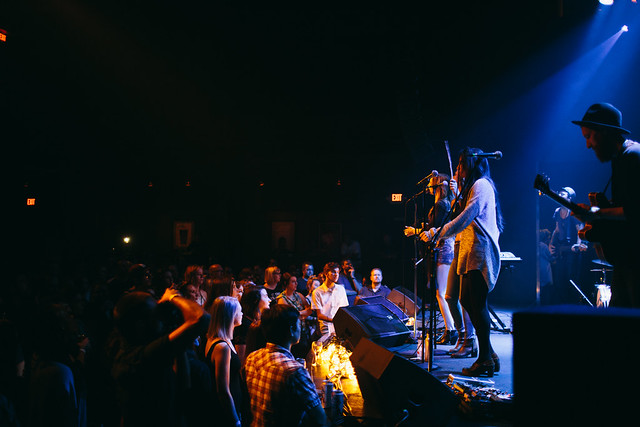 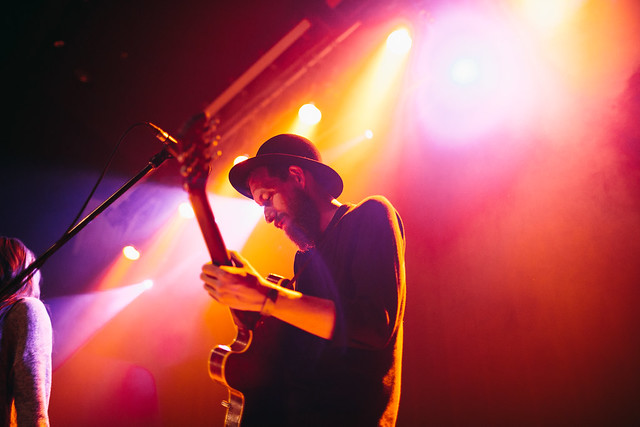 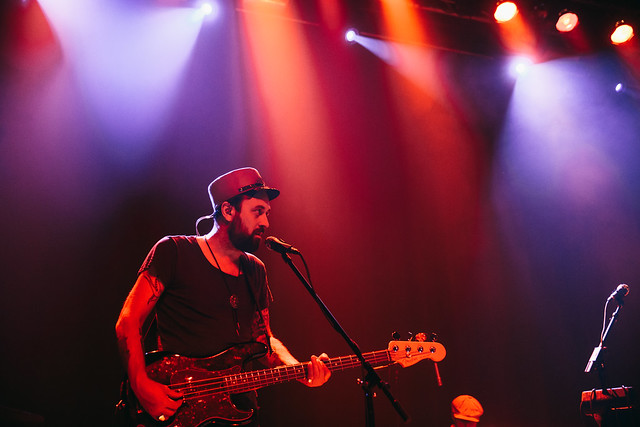 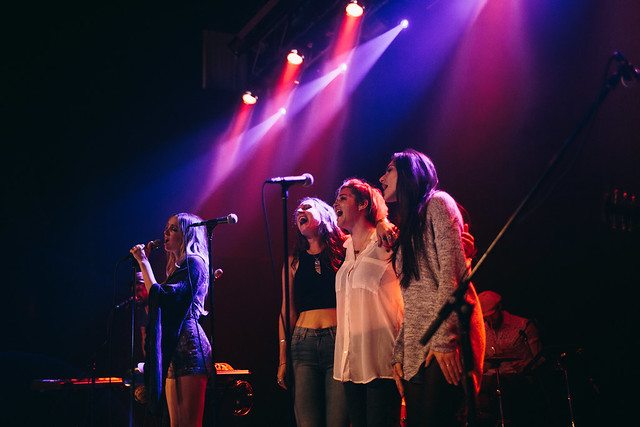 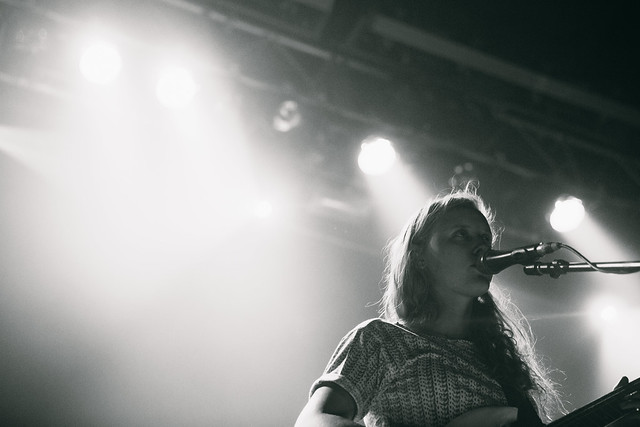 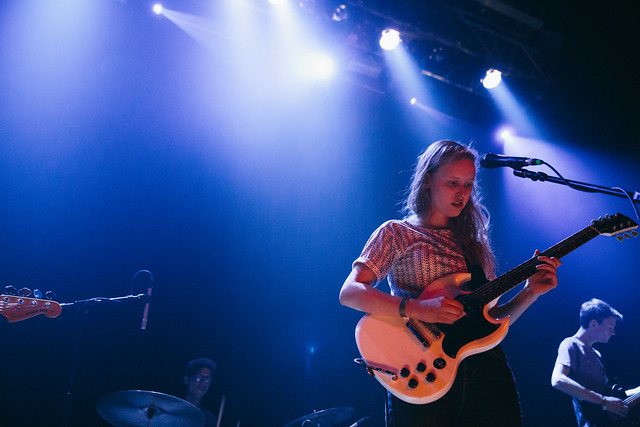 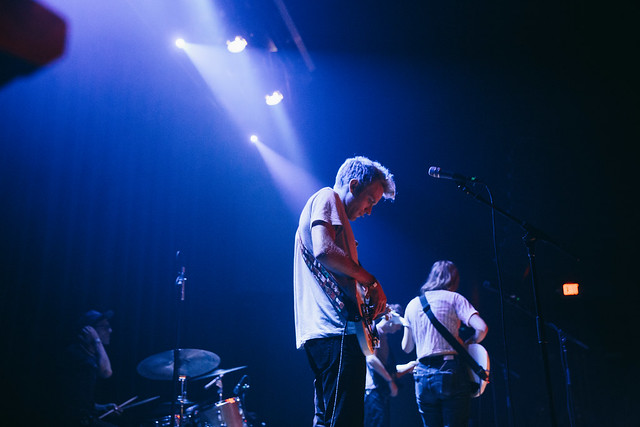 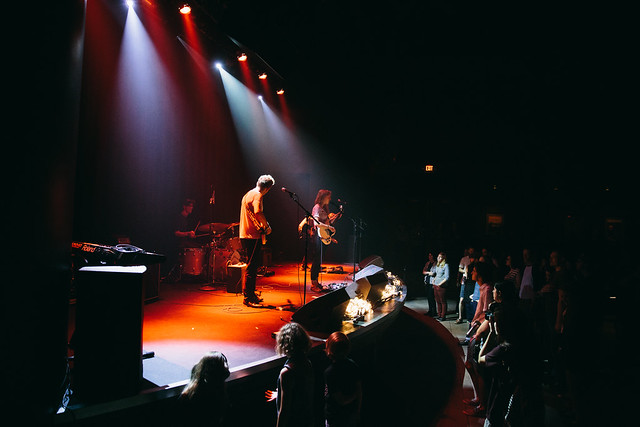 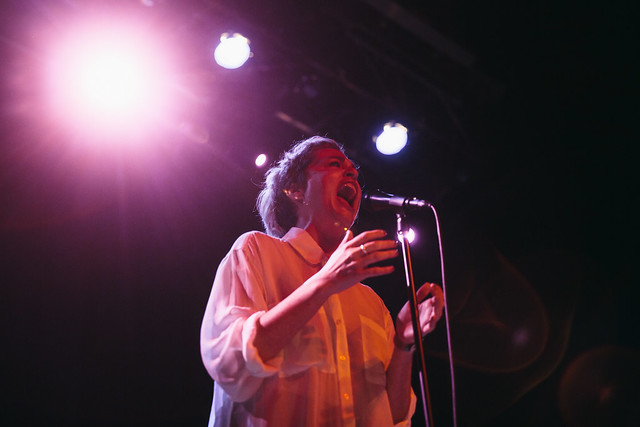 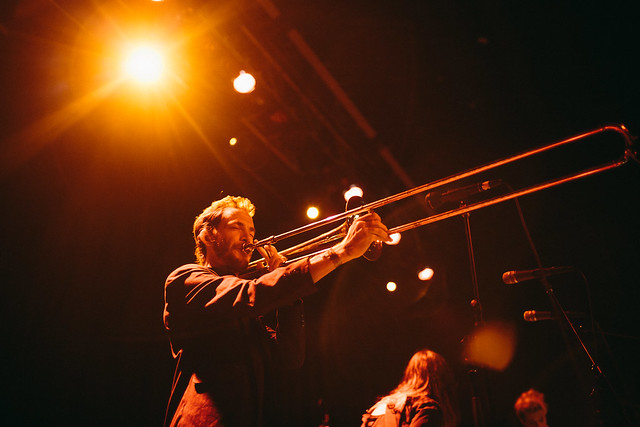 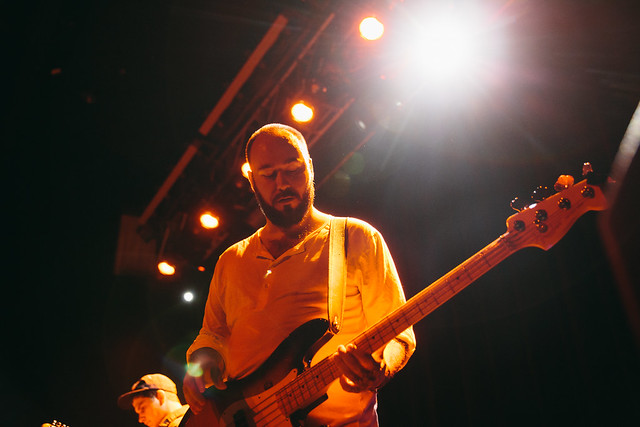 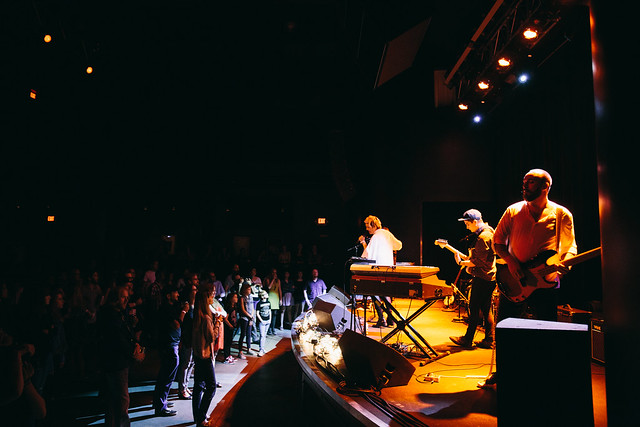 Digital Leather has announced a west coast tour for the month of November. It starts in frontman Shawn Foree’s native Arizona with Lenguas Largas and Purple 7 and a couple of dates in Southern California.

The band then rejoins Desaparecidos, their tour partner from earlier in the year, along with So So Glos as they head up the coast. The tour finishes at O’Leaver’s Nov. 22 (RSVP here), which renders meaningless the speculation about the recent Waiting Room concert possibly Desaparecidos’ last one in Omaha. Frankly, that always seemed unlikely.

Last week, we published a Q&A with Foree to preview Digital Leather’s appearance at Blackstone Fest. Read that here, and see tour dates below:

+w/ Desaparecidos & So So Glos

HN contributor James Dean stopped down at The Bourbon last night for UNL Prevent’s Use Your Voice concert. Curated by KZUM’s X-Rated: Women In Music, it featured a handful of Lincoln acts in Once a Pawn, Bien Fang, Mesonjixx’s Mary Elizabeth Lawson (and Friends), Hana Zara and Lindsey Hand with spoken word poetry. The concert benefit Voice of Hope, which aims to provide services to those who have experienced relationship violence, sexual assault and abuse. 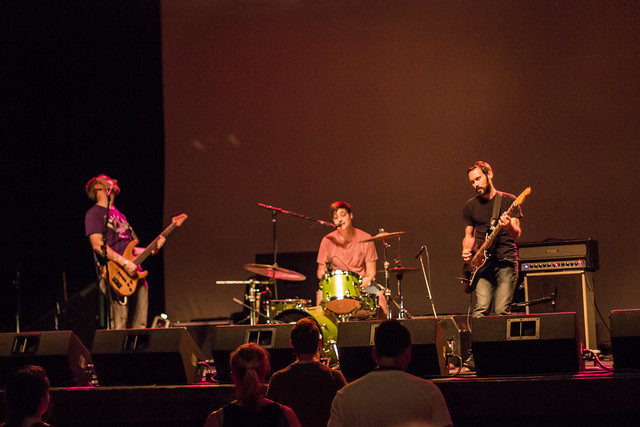 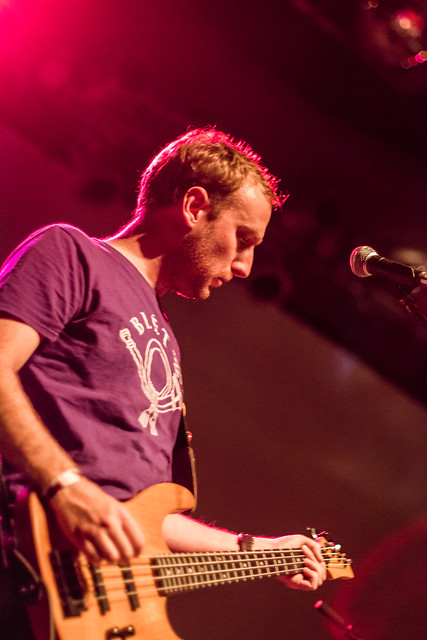 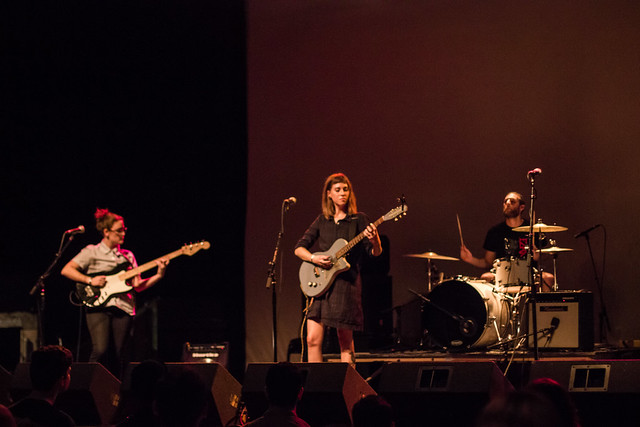 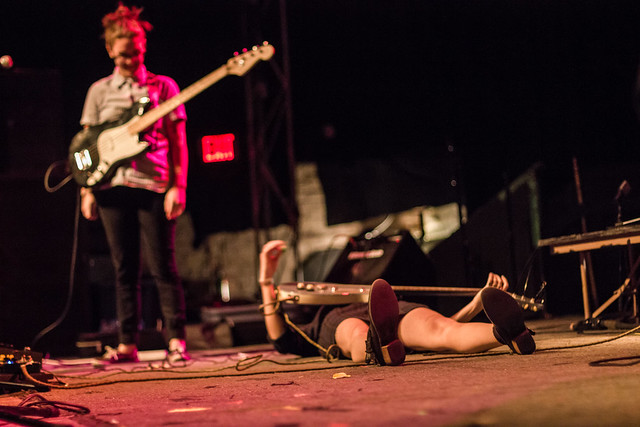 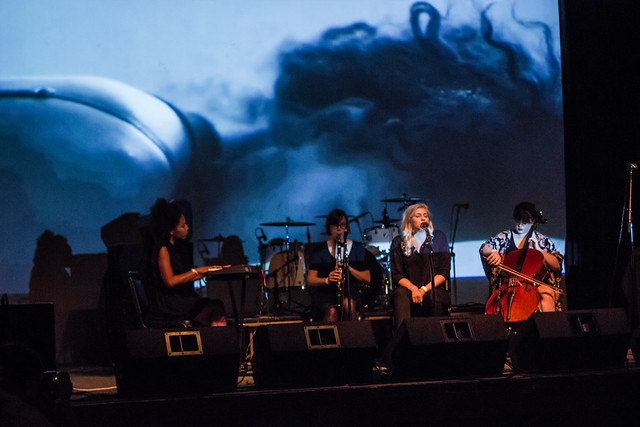 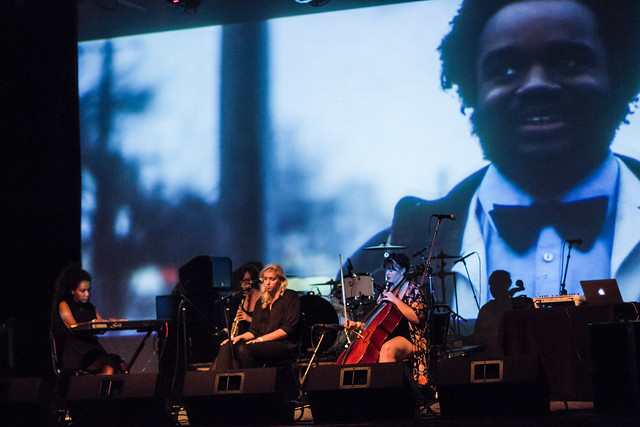 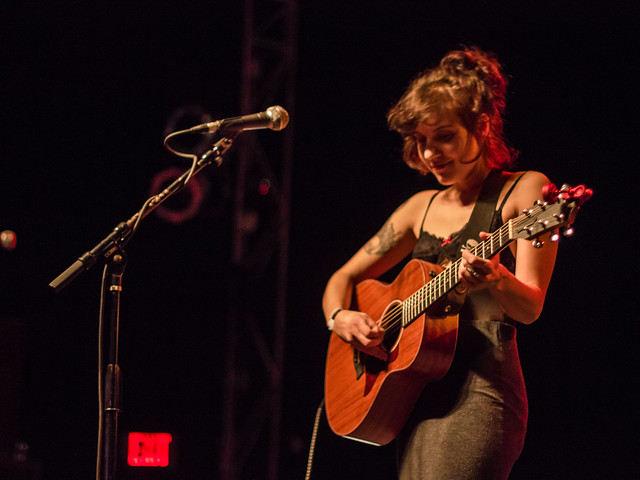 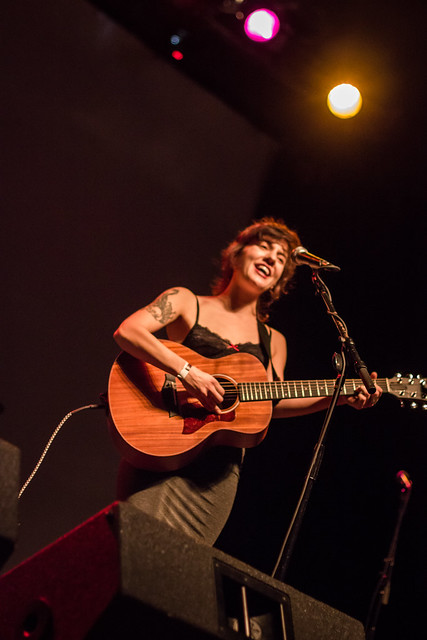 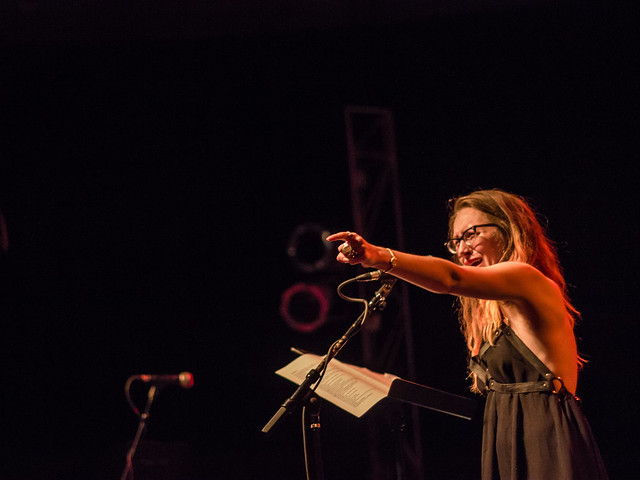 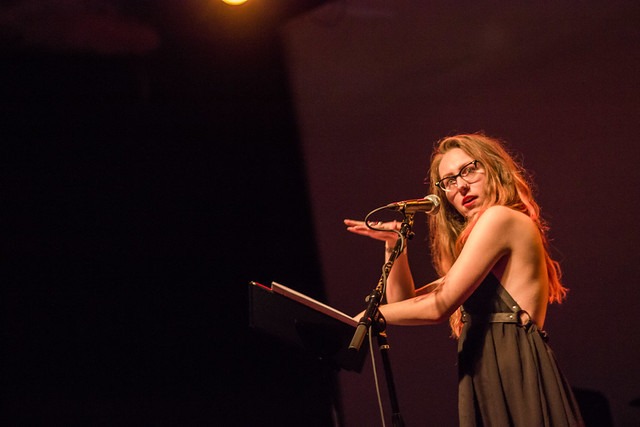 It’s great to see a ton of choices out there for show-goers this weekend. Here are a few of the highlights:

The second O’Leaver’s Fest kicks off with opening ceremonies tonight. Music starts at 9:30 p.m. with Bonehart Flannigan making his return to Nebraska, along with Brad Hoshaw, McCarthy Trenching and Rebecca Lowry of All Young Girls Are Machine Guns (RSVP here). Then the festival starts in earnest tomorrow, with food and Oktoberfest beer tapping at 11 a.m., the football game at 2:30 p.m. and then music with M34n Str33t, Digital Leather and more at 7:30 p.m. (RSVP here). Earlier in the week, we chatted with co-owner Chris Machmuller about the festival and new O’Leaver’s beer garden. Read that story here.

There will be a second to catch Bonehart Flannigan tomorrow night, when the homecoming singer/songwriter plays Zoo Bar with Jack Hotel and Pleiades & the Bear (RSVP here). Meadowlark Coffee welcomes him back on Sunday.

For more in a stacked weekend of shows, head to our statewide calendar at hearnebraska.org/events. If you do not see your show or one you plan to attend, email us at news@hearnebraska.org, or add it yourself. And keep those song submissions, story ideas and news tips coming.