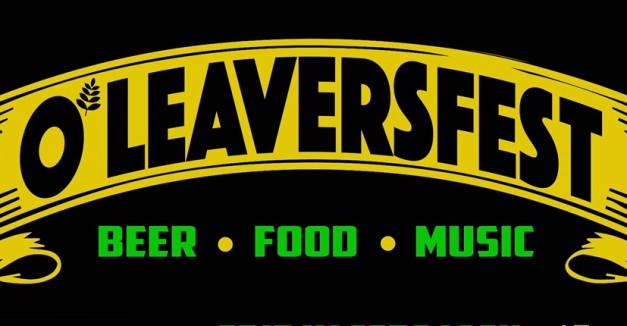 O’Leaver’s is partying all weekend to ring in the fall season and to celebrate a brand new addition. The Omaha concert venue will throw O’Leaver’s Fest’s second year this weekend, with live music headlined by Digital Leather and M34n Str33t Saturday night.

A Sunday Social caps off the weekend, with a $5 cover for early music and inclusive food service. Members of the Press, Bloodcow and Baltimore band darsombra will perform (RSVP here).

Just last week, O’Leaver’s officially wrapped construction on its new outdoor beer garden, ongoing for about eighteen months. Co-owner Chris Machmuller says that this weekend’s festivities will provide a chance to feature the space, which is roughly the size of the venue itself. Having the extra outlet provides a little elbow room for concert-going patrons that need a break from what can be a cramped indoor space.

“Music is a huge emphasis down here, but we did see a need,” Machmuller says. “This idea that it would be cool to hang out here if you’re not in the mood for music.”

In addition to live music Saturday, O’Leaver’s will tap German brewery Hacker-Pschorr’s line of Oktoberfest beers, and serve sausages. It opens at 11 a.m., and will show the Nebraska football game at 2:30 p.m. before live music starts at 7:30 p.m.

“It’ll be a great opportunity to hear some great music and hang out in a new outdoor space that we want to feature,” Machmuller says.

With Lincoln Calling just two weeks away, organizers have announced the official schedule.

Over six nights, the festival provides something for all tastes. Tuesday features a non-music showcase at The Bourbon, with Homegrown Film Festival and Lincoln Call-medians. The first taste of music goes that night with DJ Relic, Andy Butler and What the Fuss at Zoo Bar, and Buffalo Rodeo and Thirst Things First at Duffy’s Tavern.

From there, it’s a mix of indoor and outdoor venues, with many homogenous lineups. Zoo Bar hosts a folk billing Wednesday that includes Jack Hotel and the Bottle Tops. Duffy’s Tavern hosts a hip-hop showcase with Both, Psalm One and The Rapper Chicks.

See the full schedule below. Ticket info comes at the end of the week, and will include individual night and week-long passes. RSVP here to keep abreast of changes.

Tower Square
CJ Mills
The Wildwoods
no cover, all ages

Tower Square
Walk By Sea
I Forgot to Love My Father
no cover, all ages

Tonight, Cleveland indie rock band The Lighthouse and the Whaler plays Slowdown with New York alt rock band Born Cages and Omaha’s State Disco. The Lighthouse and the Whaler has evolved since its formation in 2008 from folk trio to rock quartet. Over the course of three EPs and three full-lengths — including this year’s Mont Royal out on Roll Call Records — the band has honed in on a sunny, dreamy indie pop similar to Local Natives, with shout-vocals similar to Omaha’s Twinsmith, to give a local comparison. RSVP to the show here.

“It had really helped motivate us to make our upcoming album the best it can possibly be and to make our live shows more entertaining,” says bassist Jeremy Meyer. The band is currently working on its new album, which will release sometime early next year, and will likely unveil some new tracks tonight. Find more info on the show here.