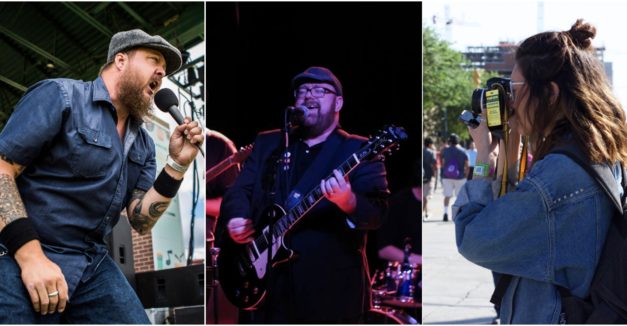 As spring semester’s end draws nearer, it’s time for another round of HN internships.

We are looking for talented candidates to join our team in marketing, editorial and multimedia positions starting May 8, 2017 and running through the end of the summer. Applications are open now through Friday, April 28 and can be found here.

As part-time members of the HN crew, you’ll help us cover, promote and present the state’s music scene through written stories, photos, video and social media channels. Along the way, you’ll produce engaging work, gain valuable experience and have a blast doing it.

The internship can also be a springboard to further your career potential. Many of our former interns have gone on to work at NPR Music, Paste Magazine and even HN itself (take it from yours truly, a former editorial grunt).

View a few examples of recent work below:

Hoyer exits ‘The Voice’ during battle round

Josh Hoyer’s run on NBC’s The Voice has come to an end.

The Lincoln soul musician faced off with fellow “Team Blake” member TSoul during Monday night’s episode, during which the two sang a duet arrangement of Wilson Pickett’s “In The Midnight Hour.” TSoul topped Hoyer in the “battle” on judge’s decision.

Hoyer’s run on the nationally popular television show was short but sweet. The Voice judges complimented his intensity, energy and soulfulness, which were on-par with many of his fellow early contestants.

The Soul Colossal bandleader — currently on tour in Europe — is the second Lincoln contestant to appear on The Voice in as many seasons. As last year’s delegate, Hannah Huston advanced to the final round before taking home third place.

Watch Hoyer and TSoul battle it out below:

Catching up from the weekend, HN contributor Dean Birkheimer went to The Bishops 22nd anniversary show Saturday at Slowdown. The show also doubled as an album release celebration for the band, which was recently named “Best World Music” by the Omaha Entertainment and Arts Awards. Rhythm Collective, Linoma Mashers and The Ragabonds filled out the lineup.

And up the street at Duffy’s Tavern, it’s Dad’s $1 beer night with Florida psych rock band PLEASURES and Lincoln’s Universe Contest. It’s UC’s first show since touring down to SXSW, during which it released it’s brand new album on tape. 10 p.m. show by donation. RSVP here.

Find a fuller listing of shows here and send us what we’ve missed — along with news tips, story ideas and song submissions — to news@hearnebraska.org.