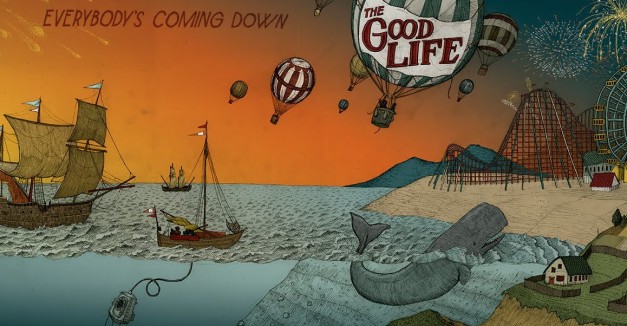 The Nebraska music community lost an artist and a friend on Monday with the passing of Pat Clinch.

The Strawberry Burns singer and bassist had been fighting pancreatic cancer since last year. Friends, family and supporters — the Clinch Mob — had rallied to alleviate medical costs with a series of benefit shows and a compilation album, featuring some of the state’s most beloved acts.

We bring it up today, especially, because by all accounts, Clinch loved Lincoln for its community spirit, even requesting that all memoriam donations be given to KZUM and NET Radio. On Give To Lincoln Day, that seems appropriate.

If you have memories of Pat you’d like to share, please do so in the comments. Otherwise, we leave you with a sentiment from Pat himself (from his Journal Star obituary):

“Everyone in the world has a source of music, one common bind that can bring us all together. I am the music and the music is me.”

Though we knew it was coming, the details of The Good Life’s new album have finally arrived with a debut song in tow.

Long thought to be on hiatus until a mid-year tour last year, the Omaha-based indie rock quartet of Tim Kasher, Ryan Fox, Stefanie Drootin-Senseney and Roger Lewis will release Everybody’s Coming Down Aug. 14 on Saddle Creek Records. It will be the band’s first LP since 2007’s Help Wanted Nights and fifth overall.

With the album news comes the premiere of a new track, “Everybody,” with a beat that floats along as Kasher’s and Fox’s chaotic guitars roar and squeal above it. As the band remarked when we visited them at ARC Studios in January, it certainly has the feel of a Good Life track. (Read that interview here.)

Part three of the announcement includes tour dates with Big Harp — in which Drootin-Senseney plays bass and sings — through the Midwest and East Coast. It begins Aug. 15 with an appearance at Maha Music Festival. View the complete schedule and hear “Everybody” below. (Note the beautiful accompanying artwork!)

A slew of announcements have Desaparecidos hitting numerous festival stops in 2015.

Riot Fest lineups have been revealed, and the Omaha punk band will appear at both the Denver and Chicago legs, Aug. 28-30 and Sept. 11-13, respectively. Austin’s Fun Fun Fun Fest lineup has also been revealed and includes Desa on its Black Stage.

Internationally acclaimed punk band Against Me! is also slated to perform in Chicago, and singer Laura Jane Grace contributed to Desa’s Payola, out June 23, along with Tim Kasher and the So So Glos.

Desaparecidos guitarist Denver Dalley suggested via Twitter that it might be the perfect occasion to perform a song together, and Grace responded in agreement. We offer our endorsement, as well.

Lincoln photo contributor James Dean swung by Duffy’s Tavern last night to catch the folk rock billing of Joshua Powell and The Great Train Robbery (Indiana-based), Evan Bartels in duo-form and Andrea Von Kampen. See a photo of each below: 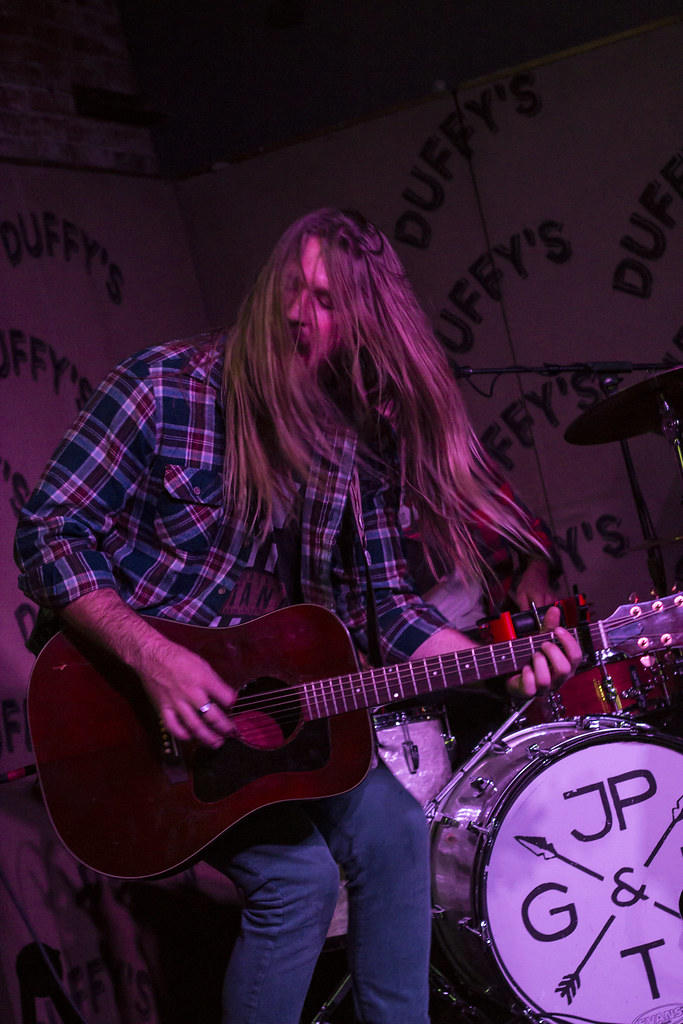 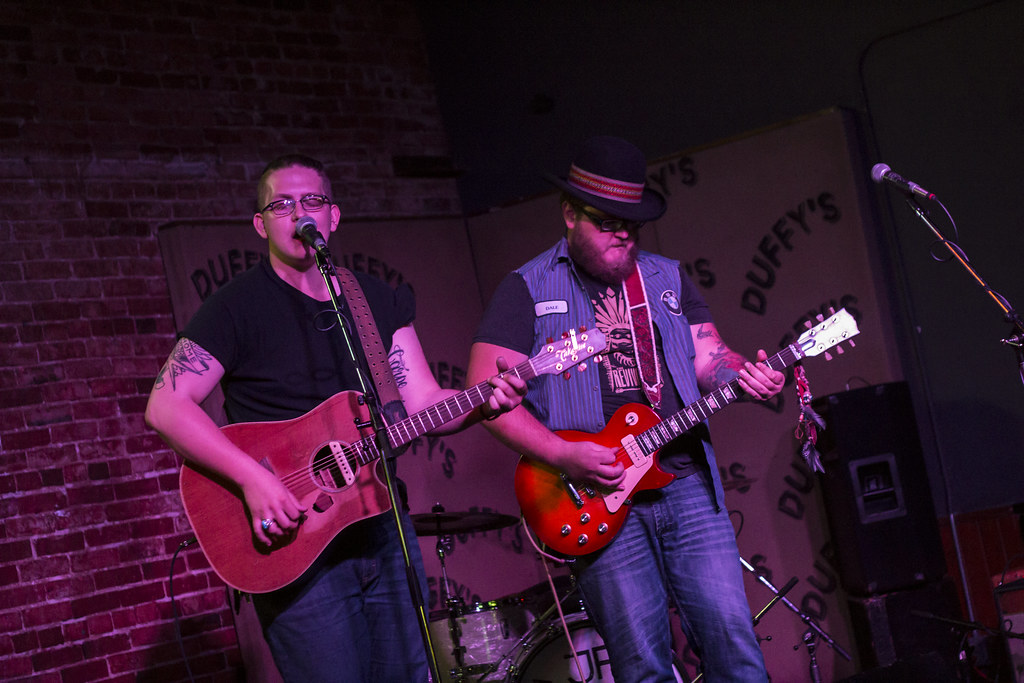 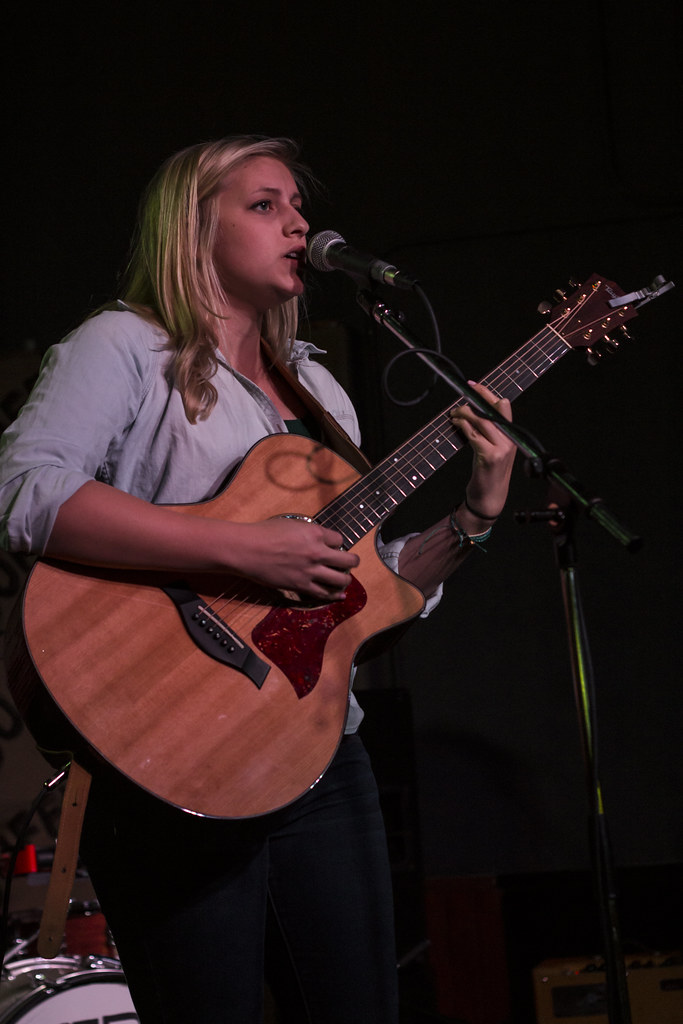 A quick update on the Simon Joyner gear robbery. We reported last week that the Ghosts’ rental van had been broken into while on tour in Oakland, costing them roughly $5,500 in equipment.

Joyner posted via Facebook that he has set up a PayPal service for fans who wish to help with the costs. He says that insurance will cover about half of what was stolen, and that any donation toward the remainder would be appreciated.

In exchange, any person who donates $30 or more will receive a screenprinted poster of Joyner’s Woodsist ad, seen below. The posters are hand screen-printed by Dan Crane at The Union for Contemporary Art.

Donations can be made via PayPal to simon@simonjoyner.net

Lastly, Oketo, Kerry Eddy and The Current Situation, Matt Whipkey and more are all playing shows tonight. The Temptations are coming to The Bourbon, and the English buzz band Temples will be at Vega. Check out our events calendar for more.