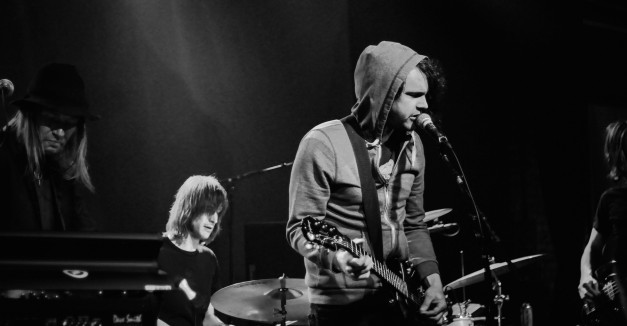 Digital Leather is winding up on the way to its June LP release.

Earlier today, CMJ premiered “Cold Inside,” the follow-up track to last month’s release “Face To The Wall.” Both songs will be included on the electro punk band’s forthcoming LP All Faded, which drops June 23 on FDH Records.

The song is accompanied by a brief interview with Foree on the band’s direction, summer plans and his love for Kraftwerk. Read the exchange here, and listen to “Cold Inside” below.

Saturday, Simon Joyner and the Ghosts encountered a nightmare scenario for a band on tour, as their van was broken into and gear stolen while stopped at an Oakland restaurant.

In California for a few shows that included the Woodsist Festival in Big Sur, the band had stopped for a bite at about 11:30 p.m. at Oakland restaurant Dan Sung Sa. They had just performed at The Octopus earlier that evening.

Joyner says that the manager of the restaurant approached them and asked if the van, parked at the corner of 28th and Telegraph Streets, was theirs. He then informed them that thieves in a black Mercedes had bashed two of the windows and pulled what amounted to $5,500 in gear from the van before bolting.

“[I’m] guessing we were followed from the club or something,” Joyner says via email. “A serious bummer.”

The Ghosts were slated to play Woodsist Festival, the label of which the band is member, the following Monday. With a day off Sunday, Joyner was able to exchange their rental van and file a police report. They replenished necessary pieces of stolen gear — guitar pedals, drums and cymbals — and were able to finish the tour without further issue.

As of now, the band is not seeking outside assistance, aside from their outstanding insurance claim. Should they decide, we’ll post the details. For now, we’re glad nobody was hurt, and that they were at least able to play their remaining dates.

Also, Joyner’s latest record is terrific. Catch up with it here:

The penultimate song of Chris Ford’s set is a communal drinking song. Which, if you’ve had the pleasure, is no surprise.

As the crowd gathered around the old Zoo Bar piano that sits at the venue’s center, Ford — performing as Christopher the Conquered — unfolded the story of a record store in Ireland and its charming owner, Maz. The store, as Ford explained, represents a place where one isn’t judged for their past wrongdoings. Nothing is awkward, no one is at odds with anyone else. Forget about those you’ve pissed off and the bridges to them which you’ve burned. You’re in “The Old Record Store Down By The Sea,” and everything is going to be OK, if only for a fleeting moment. 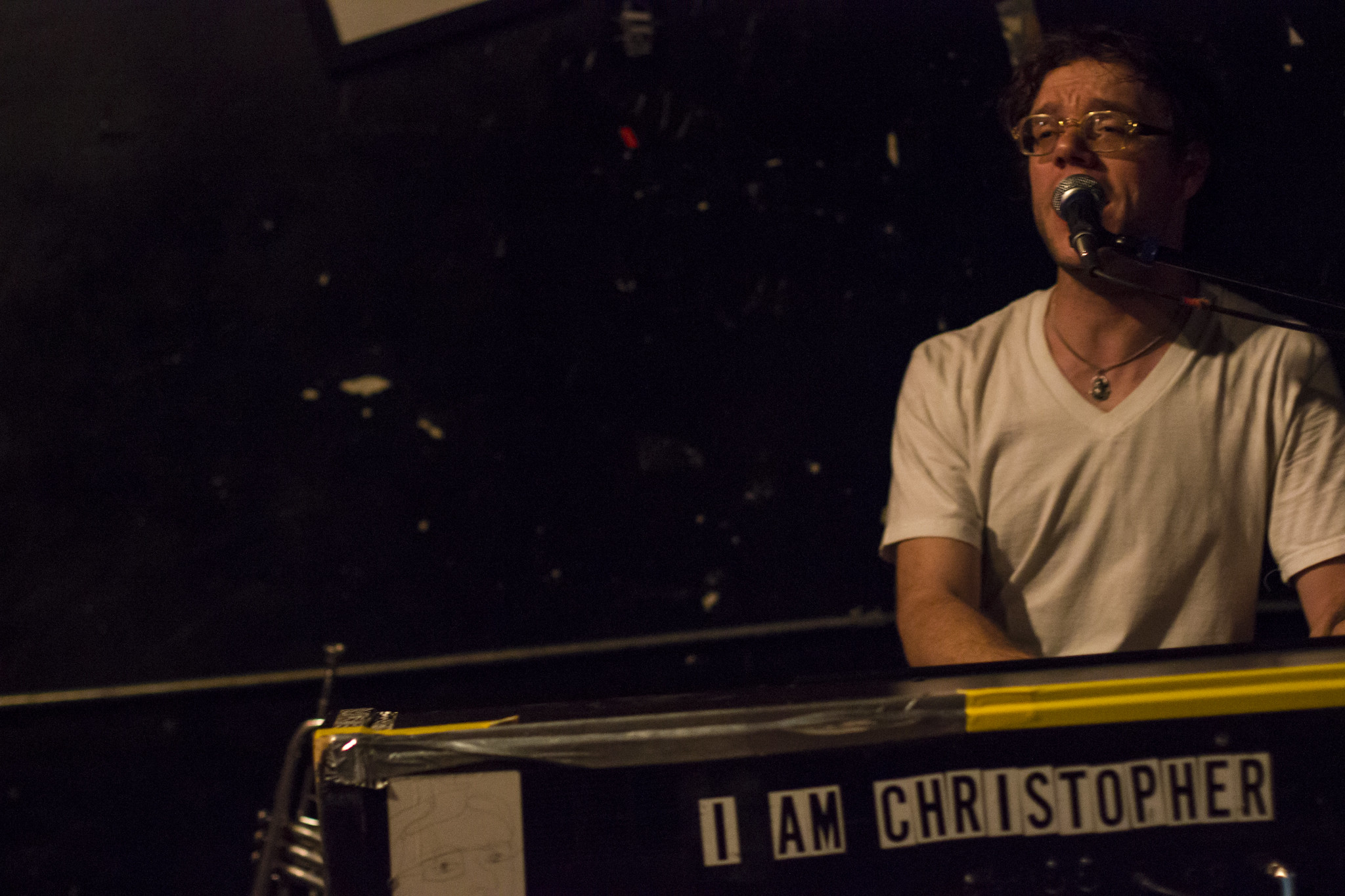 That feeling, and the scene around it, is a microcosm of what one might find at a Christopher the Conquered and Gloom Balloon show. Ford leads the crowd as the backup choir of the facetiously titled “The Greatest Record Ever In The History Of Pop Music.” All sing the refrain of the aforementioned bar song, and finish their beers in the process. When Gloom Balloon starts, no patron is left untouched, untangled or unembarrassed in some way. Patrick Fleming, one half of Gloom Balloon with Ford, contorts his own body, wrapping it around Ford’s, around “The One That Got Away” and all over the floor. There is a tangible sense that anything could happen at any moment. 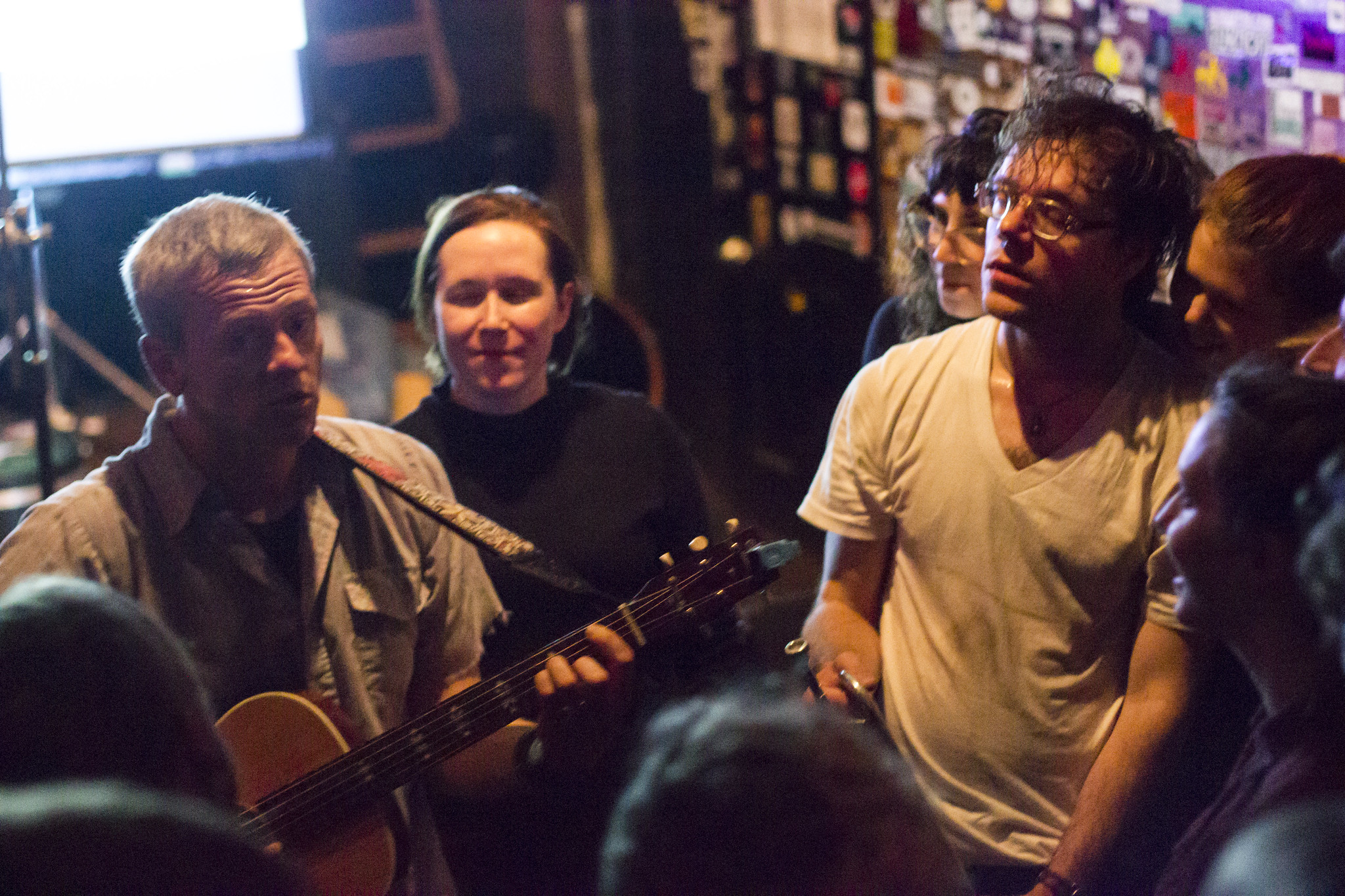 HN contributor James Dean was on hand to snap a few photos of the two acts, along with Lincoln’s Powerful Science. If you missed them at the Zoo Bar, Ford and Fleming play as Christopher the Conquered and Gloom Balloon tonight at The Sydney in Omaha with Bazile Mills. RSVP here. 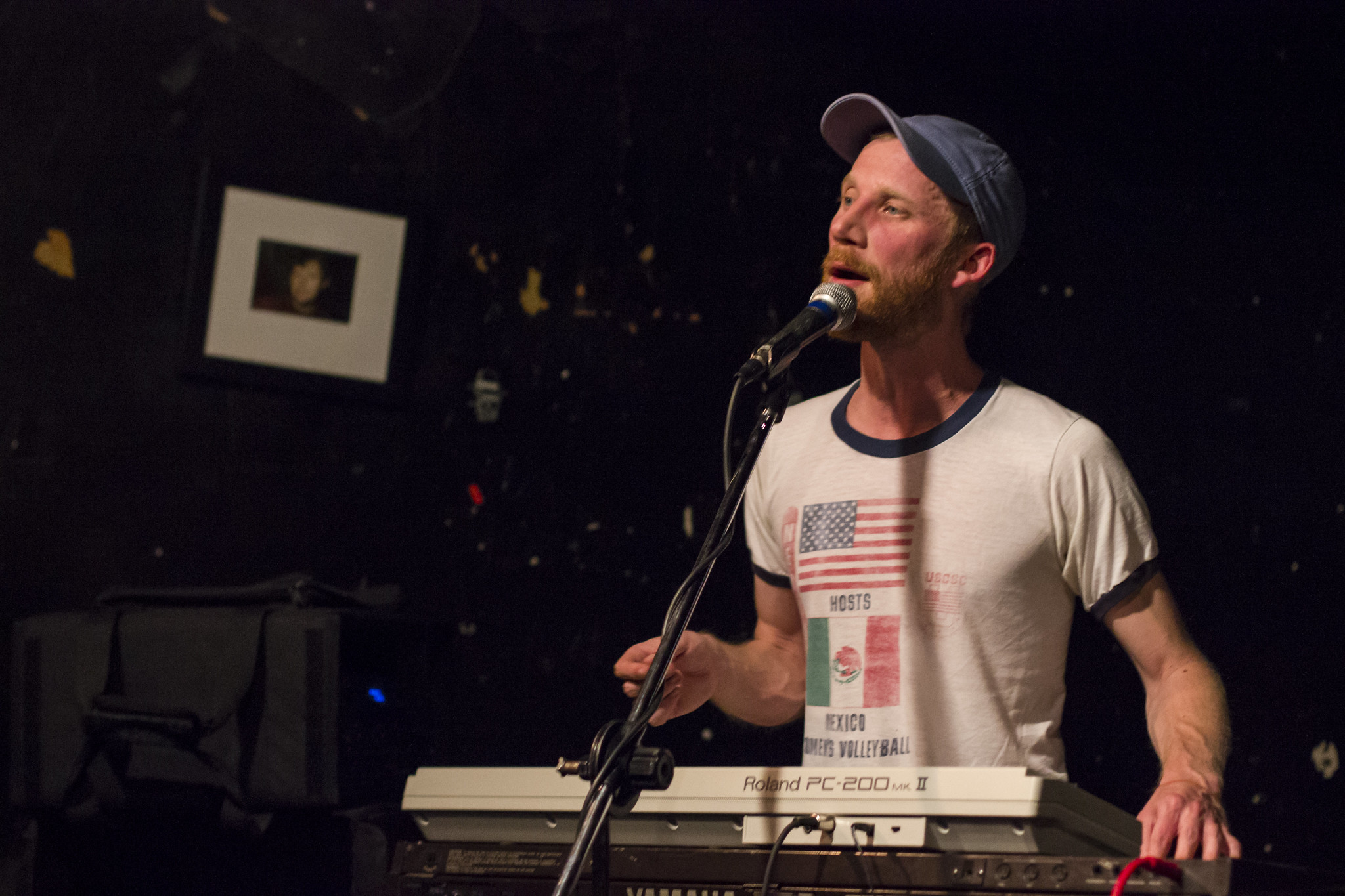 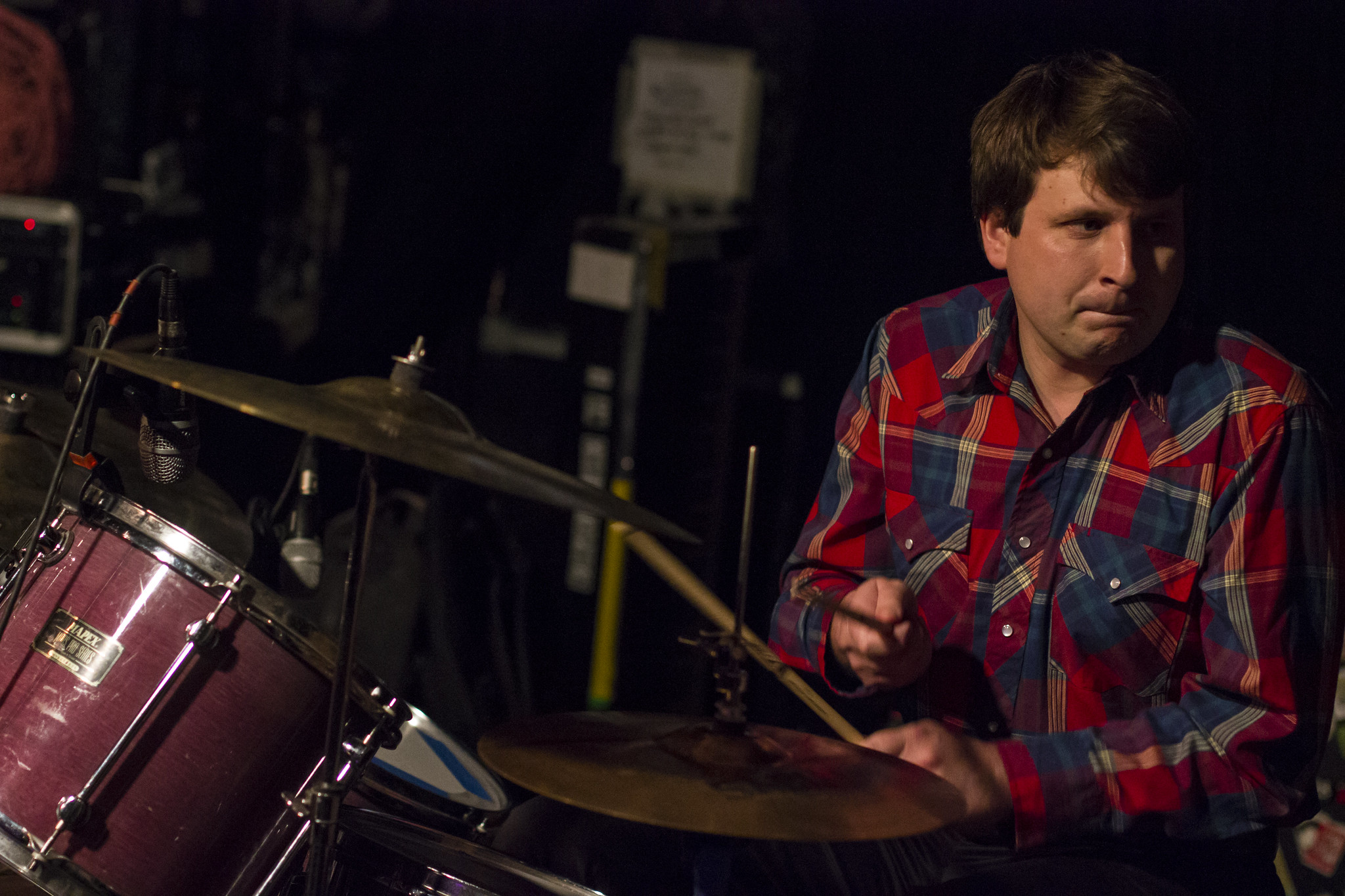 Dean was at The Zoo Bar earlier as well, grabbing these shots of Jazzocracy. 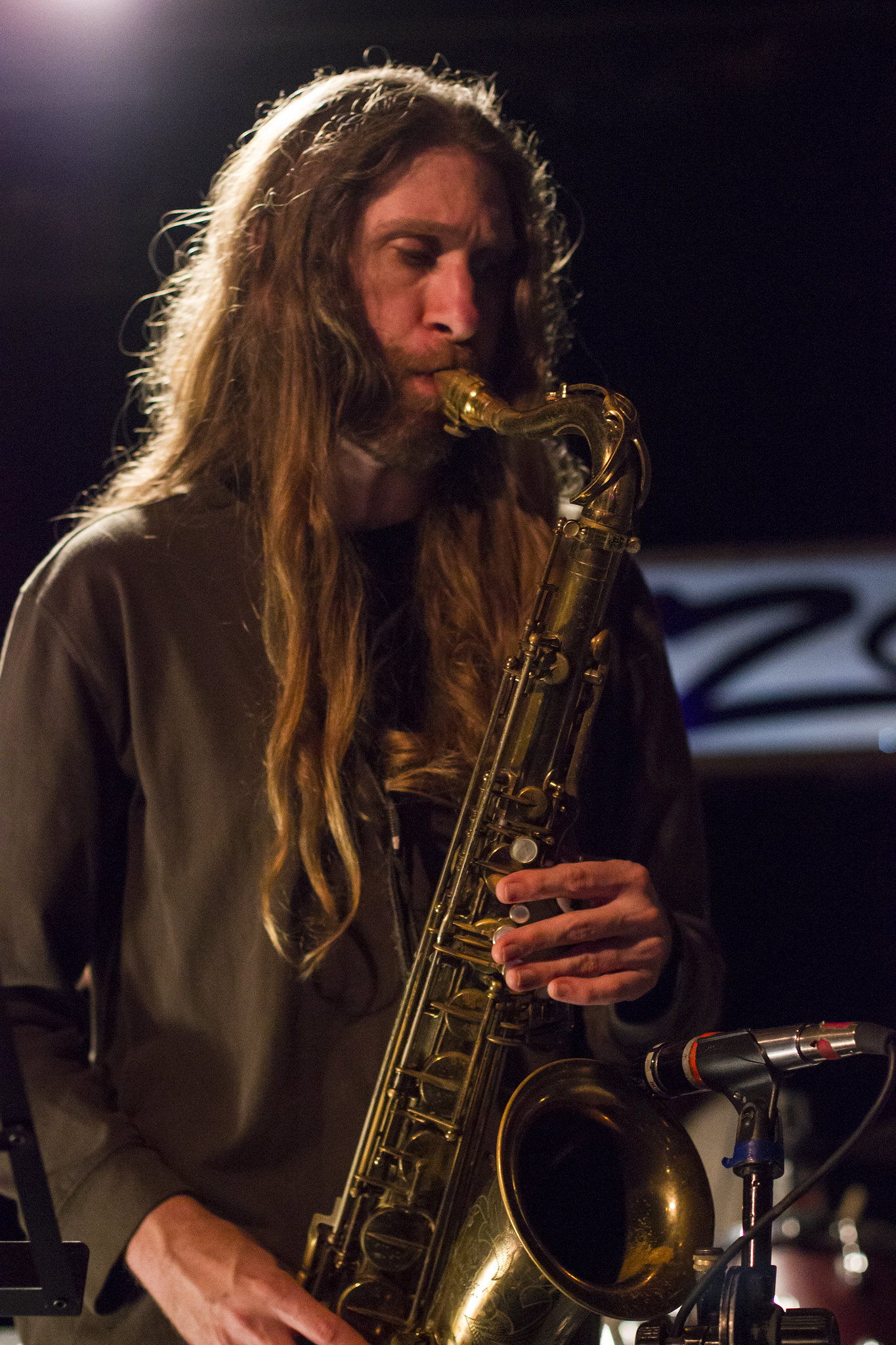 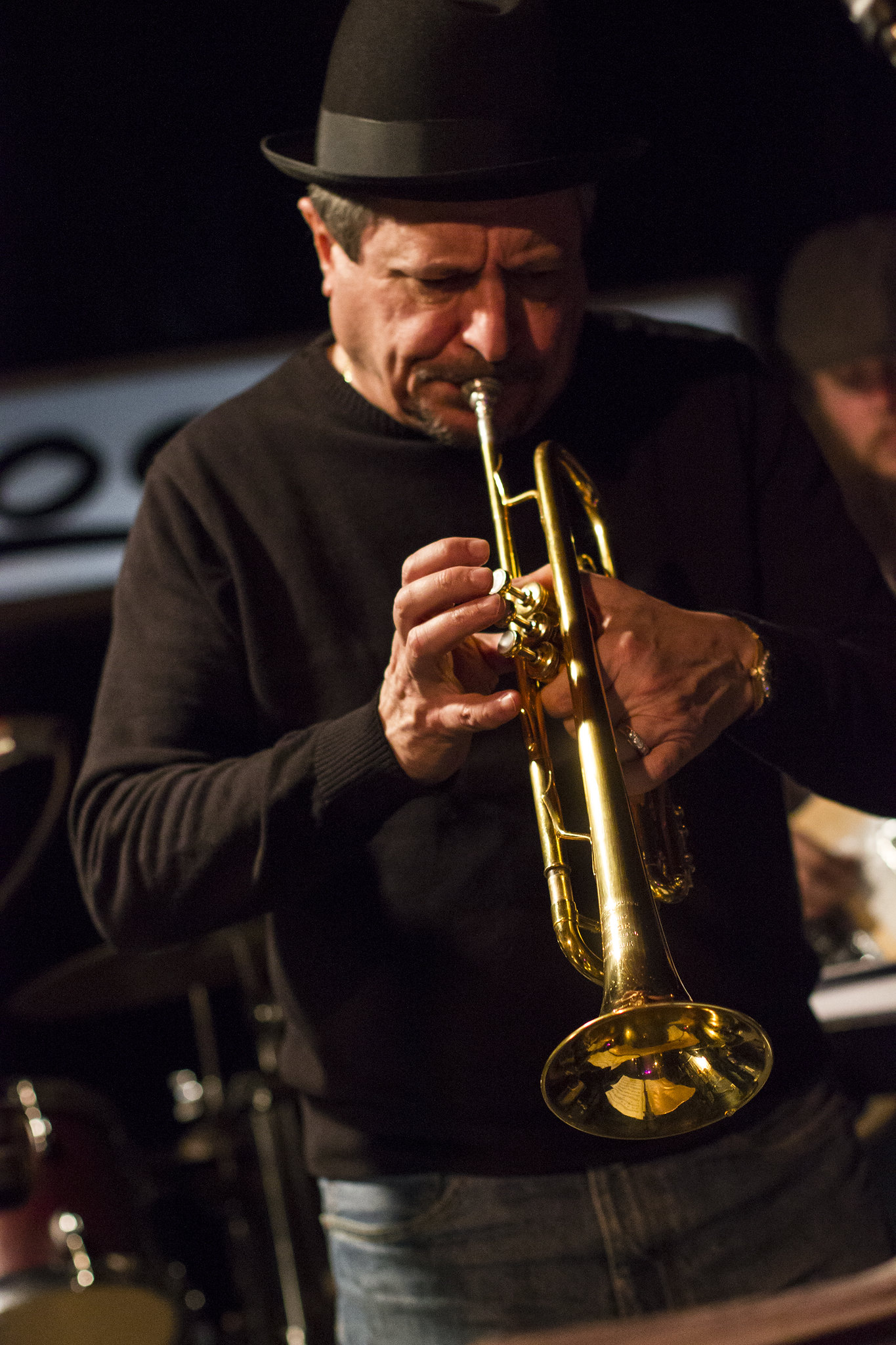 Tonight, Illinois alt-rock duo Local H plays The Waiting Room Lounge with All Eyes West. RSVP here. Local H is known for their blistering live performances, with frontman Scott Lucas armed with an extra guitar pickup to cover for both guitar and bass. The band has undergone numerous lineup changes on the way to becoming a duo — Lucas and drummer Ryan Harding — releasing eight albums in more than twenty years. Their most recent, Hey Killer, was released in April on G&P records.

There are plenty of shows in both Lincoln and Omaha tonight. View a full listing here. Feel free to hit us up at news@hearnebraska.org with news tips, story ideas or any events we might have missed.