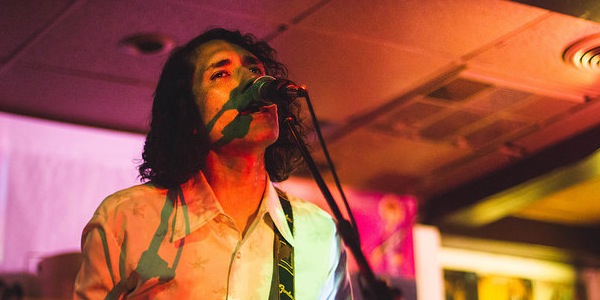 Omaha’s The Sun-Less Trio will release its first full-length record Sunday afternoon, and just about every part of it will feel handcrafted.

Much of it has to do with frontman Michael Saklar’s particular recording habits. With extensive engineering experience, the former Ritual Device/Mal Madrigal guitarist records out of his analog home studio. He builds and tests and refines everything from speaker cabinets to microphones.

The constructive, trial-and-error ethos is reflected in The Sun-Less Trio’s lo-fi, slow-burning brand of rock. The album operates in a wide sound space, through the jangly extended “Dead End Street” breakdown and the dreamily fuzzy “735.”

Still, each individual song feels hammered out or sculpted — or at least seems to operate within workshopped boundaries. It’s a tribute to Saklar’s rehearsing and recording philosophy that The Sun-Less Trio can coax such well-constructed takes out of an analog session.

“I think that’s the difference, is the band approach, having everything prepared ahead of time,” Saklar says. “I feel like if you’re spending three months in the studio making an album, you were ill-prepared in the first place.”

In advance of the record release, we caught up with Saklar about the album’s DIY process, what he has in common with Simon Joyner and trying to live in his own lyrical present.

Hear Nebraska: Let’s talk about the new album. Where did you record?

Michael Saklar: I record here at my place. I have a studio, it’s all analog. It’s a lot of equipment I build. Electronics, microphones, things like that. It’s a very old-school, ‘60s, methodical way of doing things. Kind of the hard way but I think the end result is alright.

HN: It definitely has a homemade feel. How long have you fancied recording that way?

MS: It’s kinda been that way for maybe the last, I don’t know, five, pushing ten years. I worked in a studio in the ‘90s. It was digital, and it was difficult. We didn’t have much to work with. It was one of those overachieving studios. Now I feel like there are a bunch of underachieving studios, because everyone has a computer. Everyone has Protools and everyone uses cheap chinese $99 microphones. It’s not a knock on the music or anything like that, but you hear it in a lot of regional recordings. That’s just something that I’ve always been … not above that, but certainly have been conscious of that. I do really like the sound of a ‘60s jazz record where all the musicians are playing live in a room and it sounds that way. I don’t think our music would work piecemealing it together. It’s not that kind of band I suppose

HN: You can feel it being built as the tracks are playing. Did you build equipment with this record in mind?

MS: No, I think each project sort of takes on whatever equipment is there at the time. I used to play with Mal Madrigal. We used to record the same exact way. [Mal Madrigal frontman] Stephen [Bartolomei] is an engineer in New York now, and we were always building equipment and auditioning microphones and searching and scouring to find certain sounds. I think this is just sort of a continuation of that. But we’ve always been into sound engineering and the art and beauty of decent records.

HN: What might you lose if you did go through the tracking process? What would be the most identifiable difference?

MS: To some it would sound better I guess. It’s a dangerous realm because the possibilities are limitless. You can record 12 guitar tracks and you can fix the vocals ad nauseum. I’ve witnessed a session where every five to 10 seconds something has been altered, eliminated or repaired within a three minute part of a song. Every ten seconds, a beat is directed or a vocal is changed. It’s just a different aesthetic. There are plenty of artists that are into the opposite. Simon Joyner comes to mind. Simon and I maybe come from the same, old shcool. Simon is maybe more extreme than I am. His band, he puts limitations on rehearsing and demands a lot of improvisation and spontaneity. Everything is recorded live. I think that’s the difference, is the band approach, having everything prepared ahead of time. I feel like if you’re spending three months in the studio making an album, you were ill-prepared in the first place. Unless it’s a different style of music. There are styles that are very experimental and electronic and require that. But I think if you’re some kind of rock band or punk band or folk artist or country, whatever, you should never be spending months in the studio. That’s the wrong idea. You should be spending months in the basement rehearsing and refining your tunes and then going and capturing the take. at least that’s my approach. It’s not right or wrong, but It’s how we made the record.

HN: When did album process begin?

MS: It has taken a long time. We’re sort of working on our third release already and we haven’t even gotten our first release out yet (laughs), if that’s an indicator. I think the first release always takes awhile with a band because you’re finding yourself and finding how to play with the other musicians. We’ve been playing shows under this name for at least a year, year and a half, and I wish that we would’ve put this out awhile ago, but everything takes time. We have another release waiting in the wings for maybe early winter, and then another one maybe late winter. So we’re kind of getting things mapped out where we’ll be hopefully playing shows and supporting these. We’re deep into the process, I would say.

HN: That’s not a lot of time in between records. Not having heard the other two, is there some theme that runs throughout, where it makes sense to do everything close together?

MS: I talk about this all the time with my friends. Even yesterday I was talking with Dan McCarthy about this, because his record comes out in a couple weeks. It’s such a funny thing because he’s like, “I dunno man, this is last year’s music. This is so old.” And we’re talking about how some artists, but mostly musicians have to live in the past and maybe it’s just lyrically, but you’re singing the songs where your mind was at two or three years prior, by the time it comes out. You’re just not in that same place. I think it’s very important, very healthy for our band to just document things and move forward as best we can and not live in the past. Even though we will continue to play these songs for a long time, you can never really live in the present, unless you’re doing jazz or experimental improvisations. Everything is rehashing something from the past. I’m sort of beyond some of these songs emotionally. I have material that is more relevant and I want to keep focusing on that. I think cutting releases, freeing them, it’s sort of like they’re grown up and on their own and you don’t have to worry about them. So that’s maybe why we’re doing so many releases. If we were selling out or on tour or something, we’d focus on 10 core songs. But we’re not under those confines.

HN: We’ve see that a lot lately even with nationally touring bands. Big Harp comes to mind. They wrote that over the summer and then just released it.

MS: Yeah, yeah, and you can really keep up with them. They throw singles up on the website and they put things up on Soundcloud and Bandcamp. They just kinda do what they do, and I think that’s brilliant.

The Lincoln Symphony Orchestra will take on a spooky tone tonight for the season’s first pops concert.

“The Haunted House” will feature orchestral classics like Night On Bald Mountain, The Sorcerer’s Apprentice and Danse Macabre. After an intermission, The orchestra plays a live symphony accompaniment to Buster Keaton’s 1921 silent comedy The Haunted House.

Music Director Edward Polochick says the Lincoln Symphony Orchestra has wanted for some time to accompany film, and that this particular selection should appeal to all audiences.

“It will take us back to a wonderful time and place, and it’s such a great way to introduce your children and grandchildren to a classic film and to a live orchestra all at once,” Polochick says. 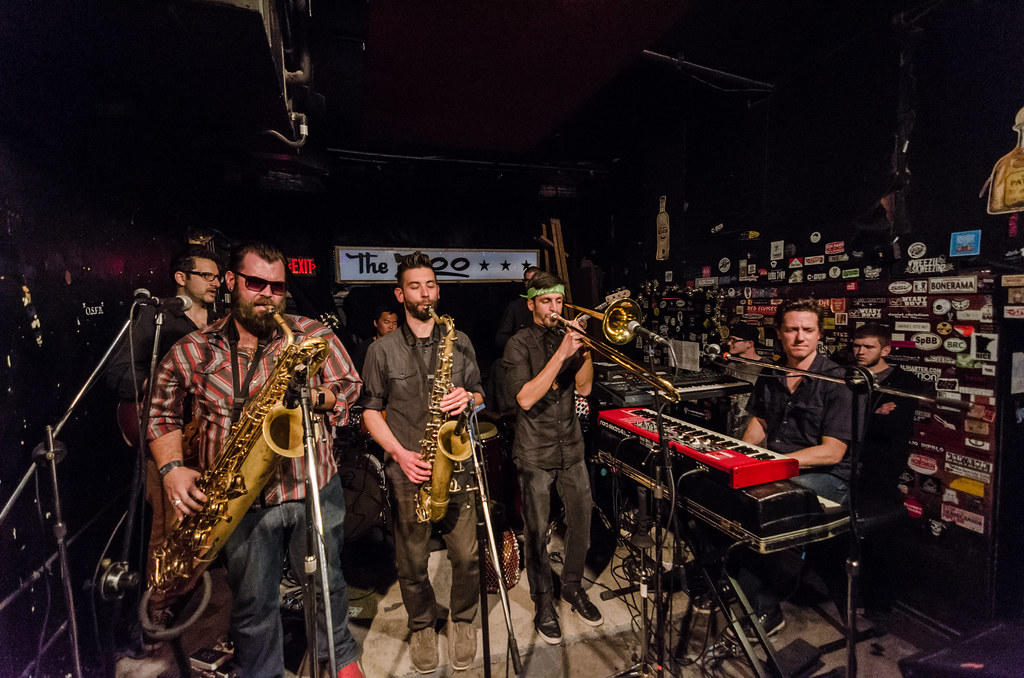 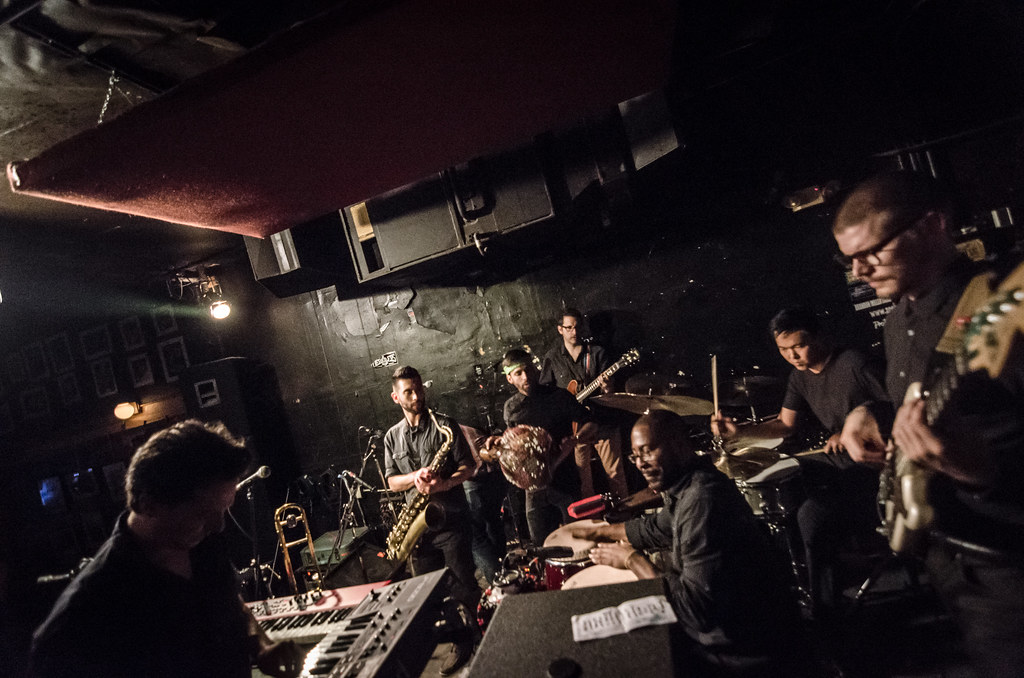 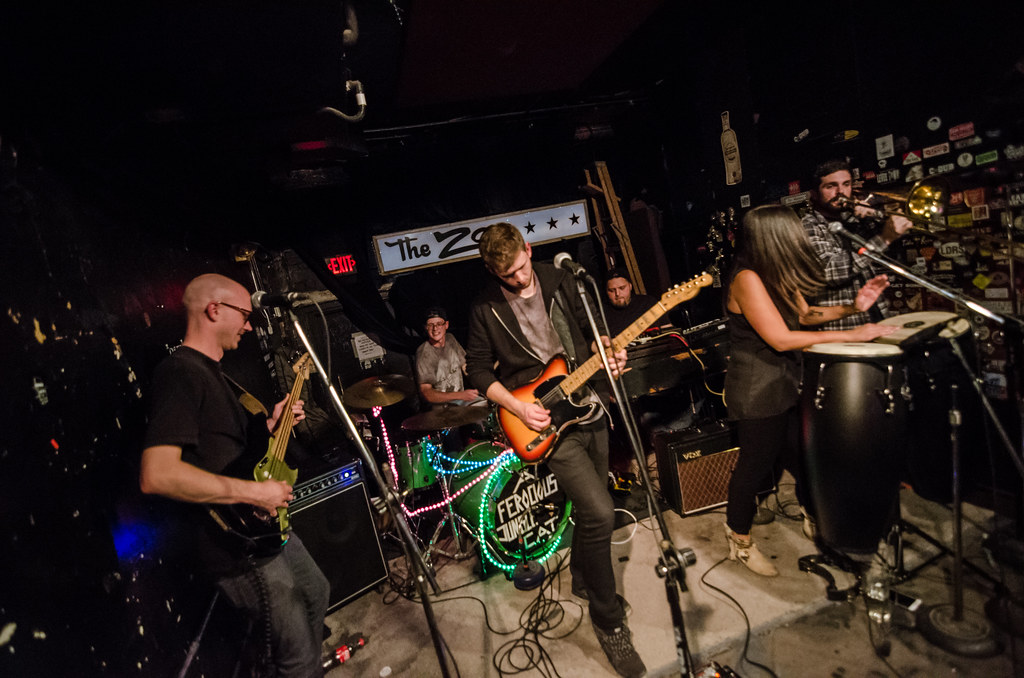 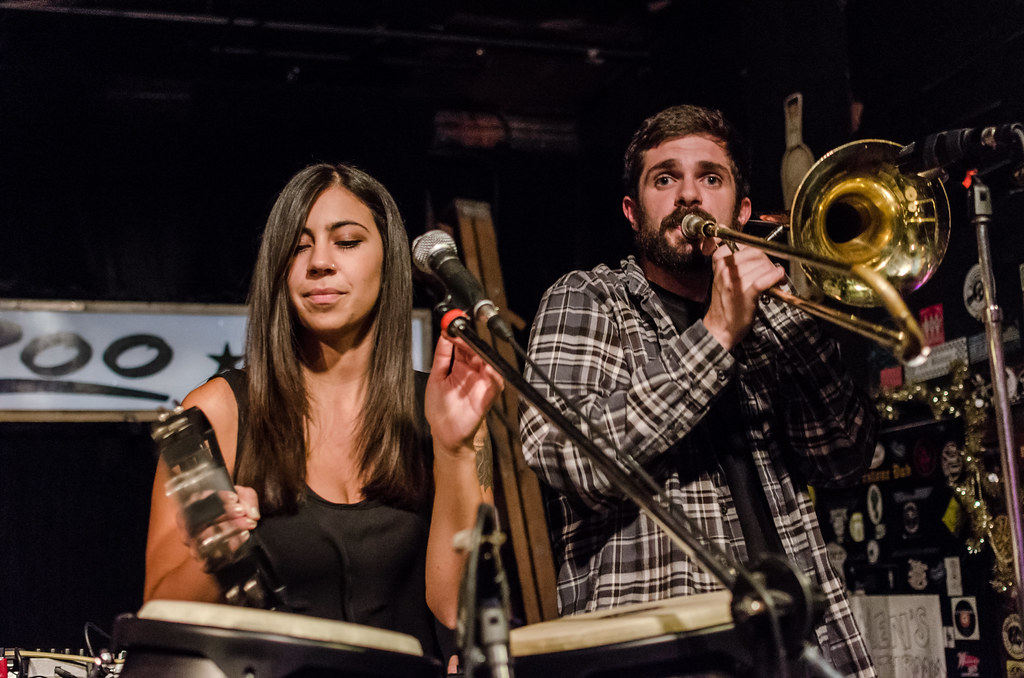