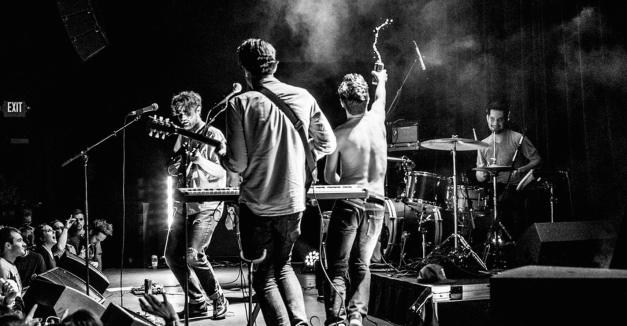 Wednesday is one of the most important annual events for Hear Nebraska: Omaha Gives.

It’s the one day of the year where we ask the Omaha music community — fans, bands, promoters, venues, instruments shops, etc. — to consider donating $10 to Hear Nebraska. That’s the price of a few beers or cups of coffee.

We have some huge goals for 2016, and we feel they are attainable with your help. We aim to:

As a non-profit, we can only exist with your support. Think of your donation as the price of an annual membership to all the news, features, videos and events HN produces each year to help grow and cultivate Nebraska’s music community.

Important to note: a bonus of $3,000 will be awarded to the organization with the most unique donors between the hours of midnight and 8 a.m. Wednesday. That also includes any donors who pre-schedule their pledges between now and Wednesday.

You can pledge your support now through Wednesday via our Omaha gives webpage here. Thank you in advance for your consideration.

Let’s get our weekend coverage started with the most recent show. Last night, the long-running Omaha metal band Superior released its new album, (Sad) Earth. A concept record of the grandest vision, we premiered a song from the record a few weeks back.

Our new summer multimedia intern, Peter Barnes, was on hand for the billing. Check out a few photos below from the Sokol Underground show. 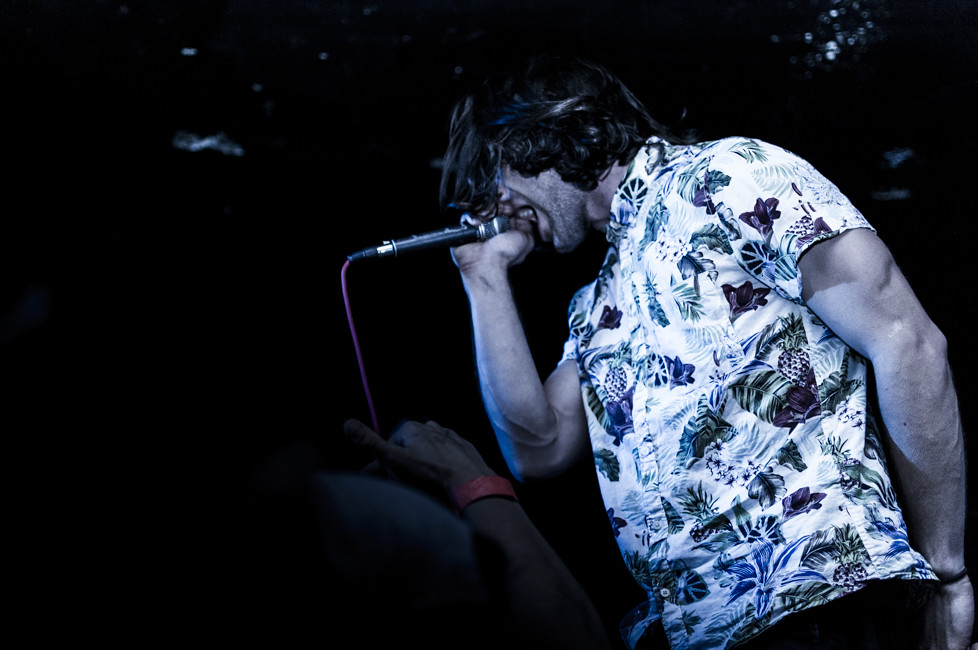 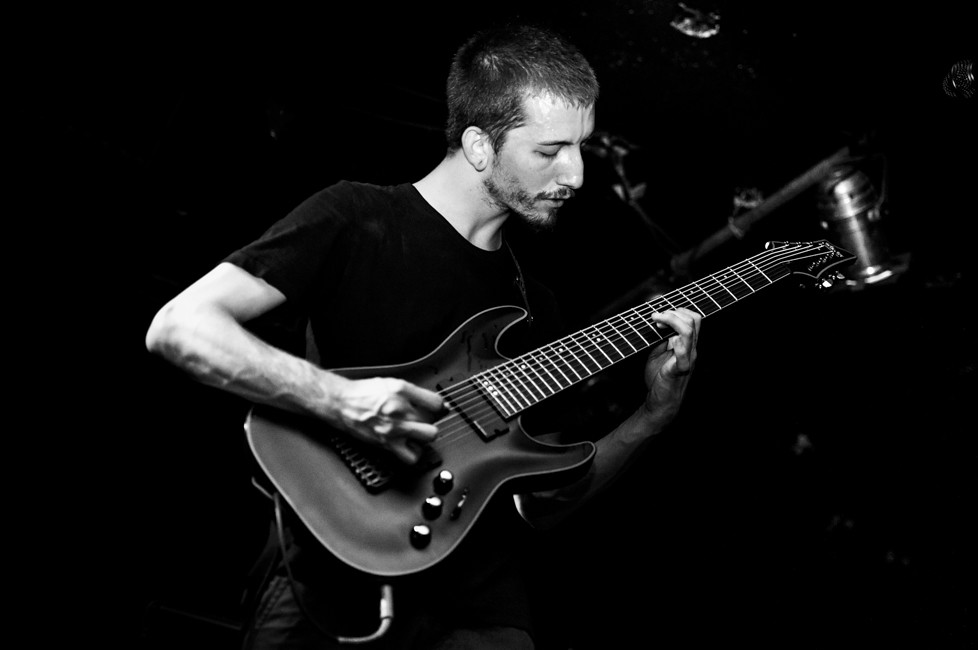 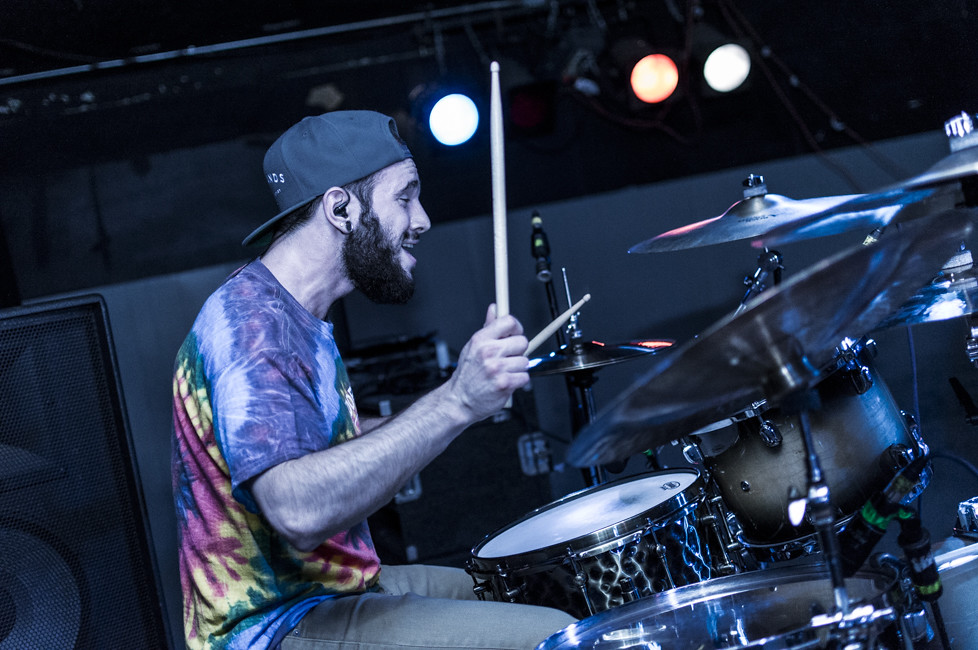 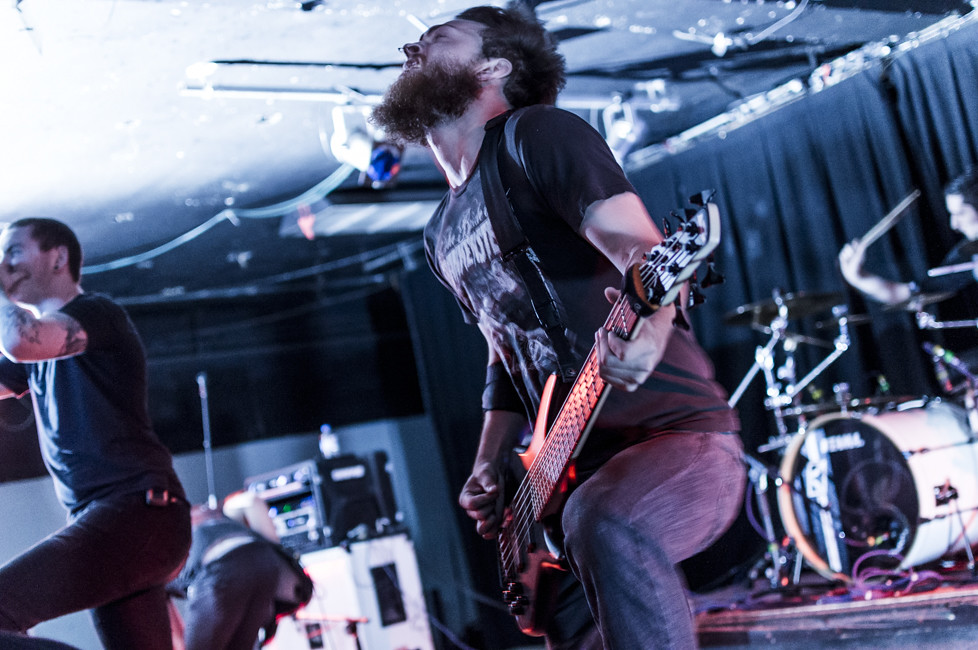 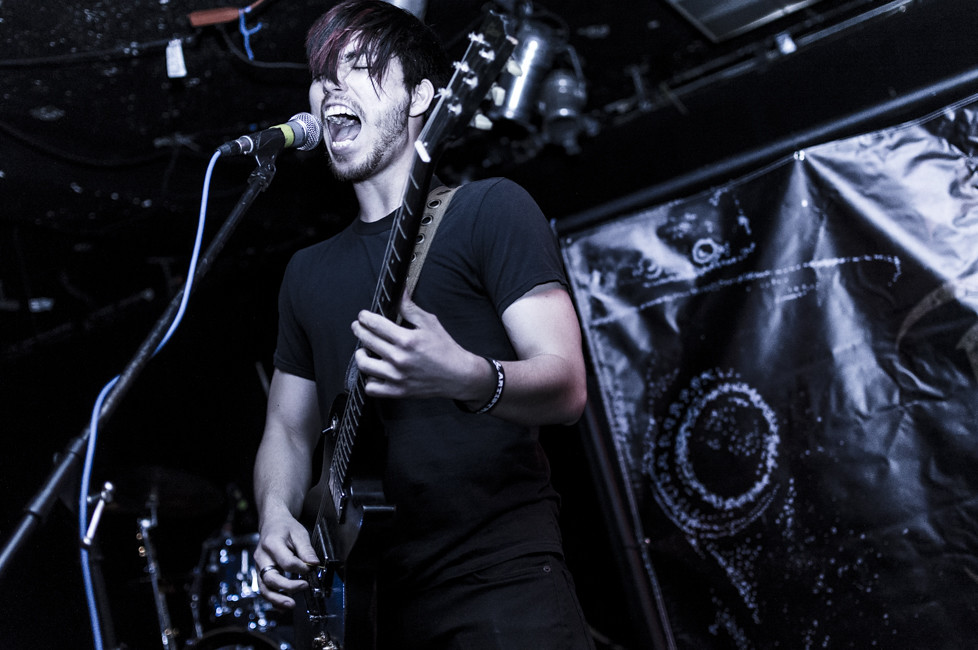 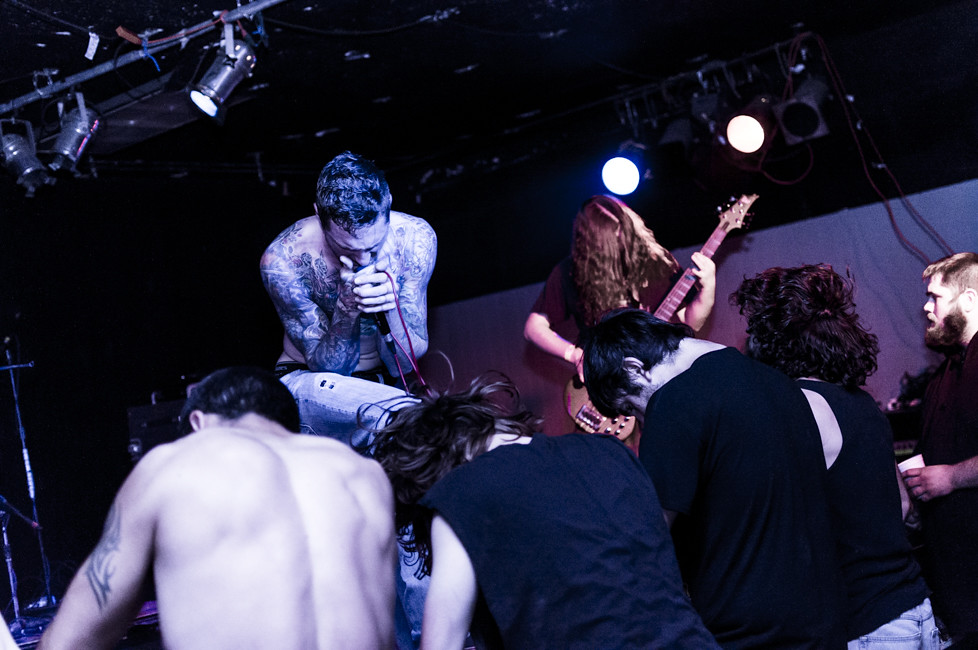 As we previewed a few different ways last week, Friday night was Twinsmith’s album release show at Slowdown, as well as the de facto live debuts for new Omaha bands Healer and State Disco. We had a few kindly contributors on hand to cover the show. That’s writing from Eric Velander and photos by Andy Lachance and James Dean:

Truly great compositions have movements. Existing as disparate parts, the movements form a whole that should speak to the audience in a dynamic way that cannot and will not be duplicated, for better or worse. State Disco, Healer and Twinsmith spoke different languages, appealed to diverse tastes, and came at Friday’s crowd in unique ways.

I knew it would be a special kind of night when the entirety of the Slowdown’s patronage found its way to the dance floor within seconds of State Disco taking their place. Support for this up-and-coming band was intense and there wasn’t a still hip in the joint. With only two shows behind them, they took aim at the opening-band-blues with mighty, LED-emblazoned instruments and disco balls, verily blasting their boogie lasers at typical crowd apprehension. Dance songs. Slow songs. One song with several very naughty words. The first movement was one of youthful energy and optimism. 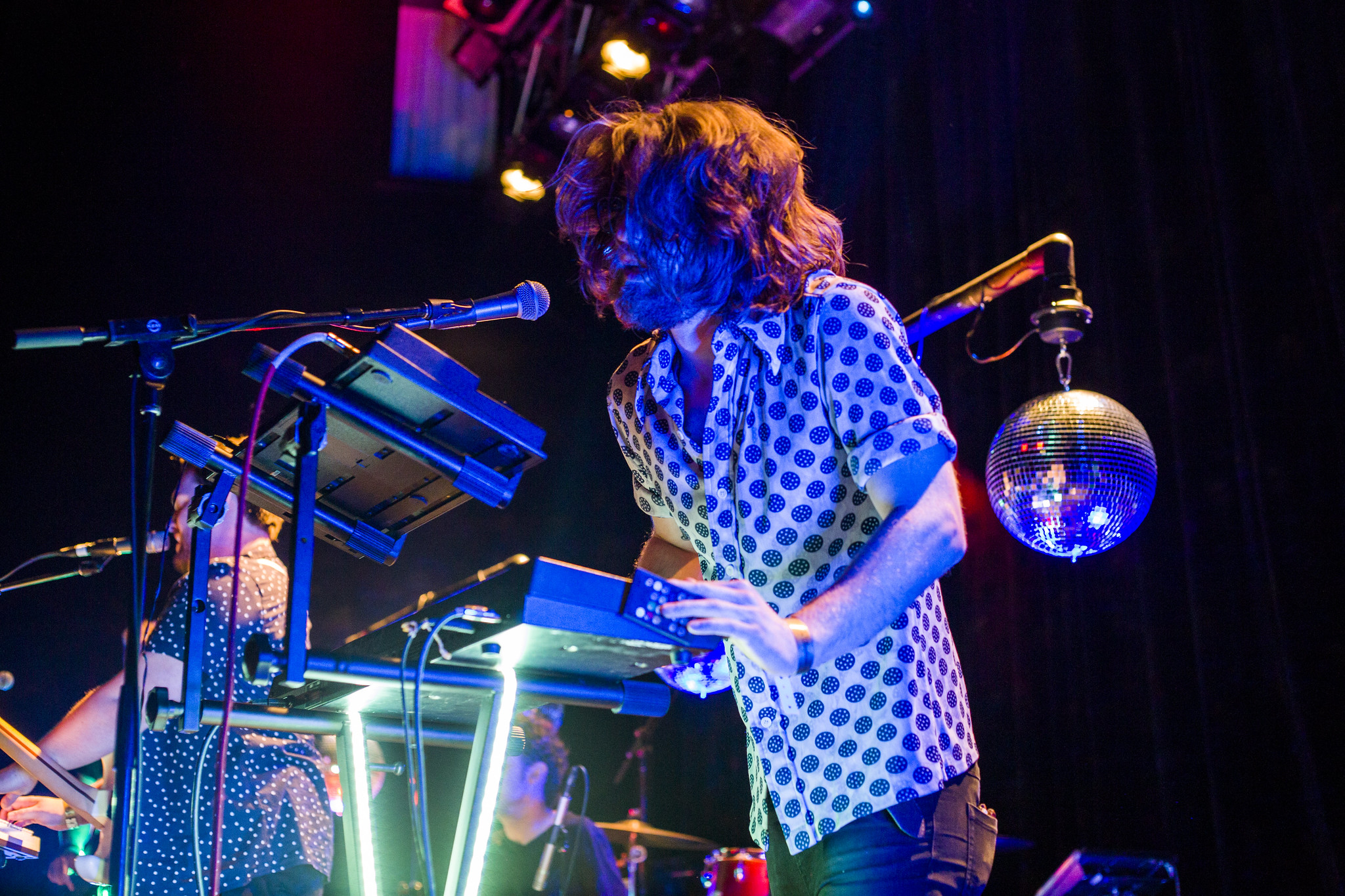 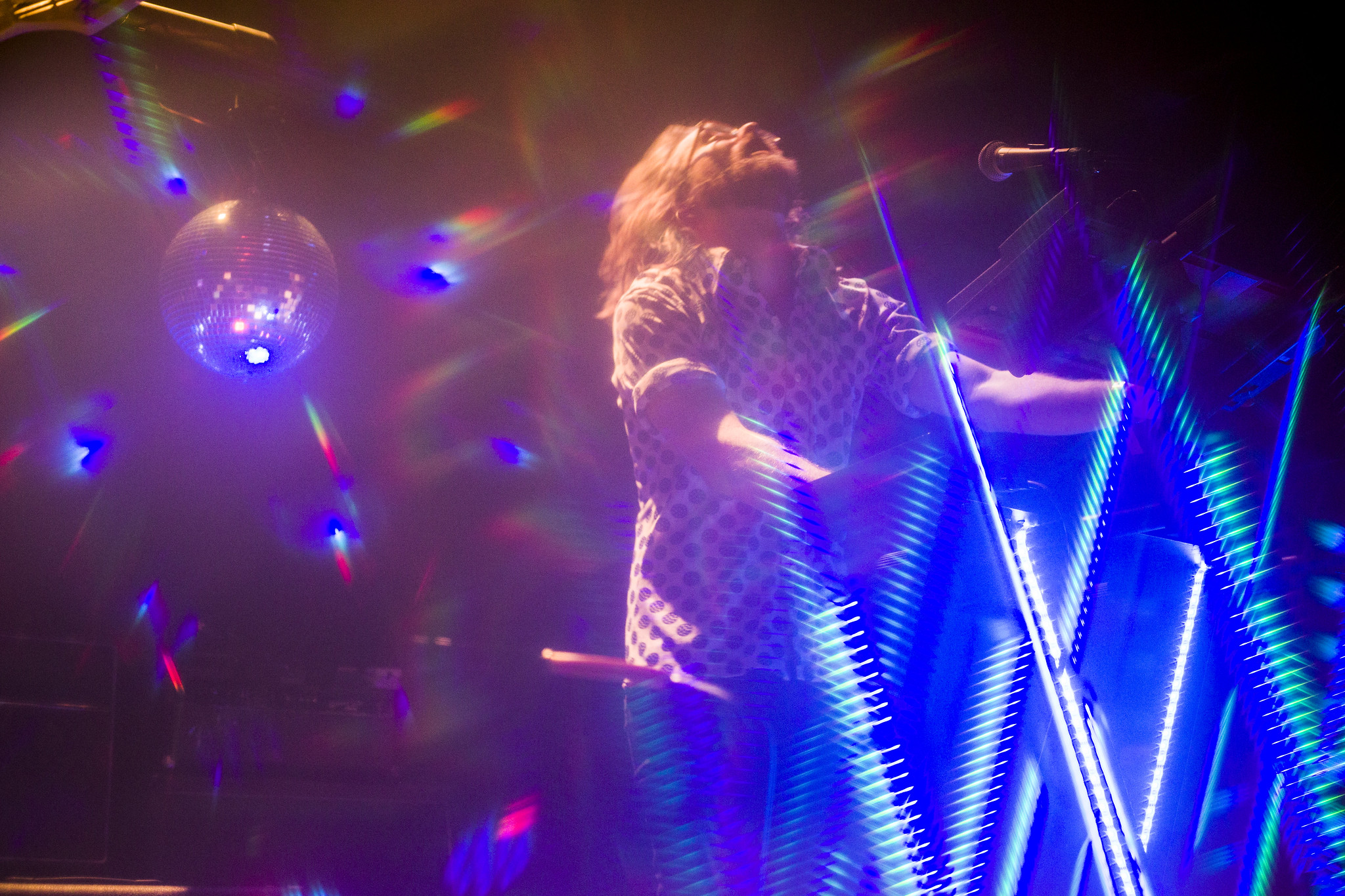 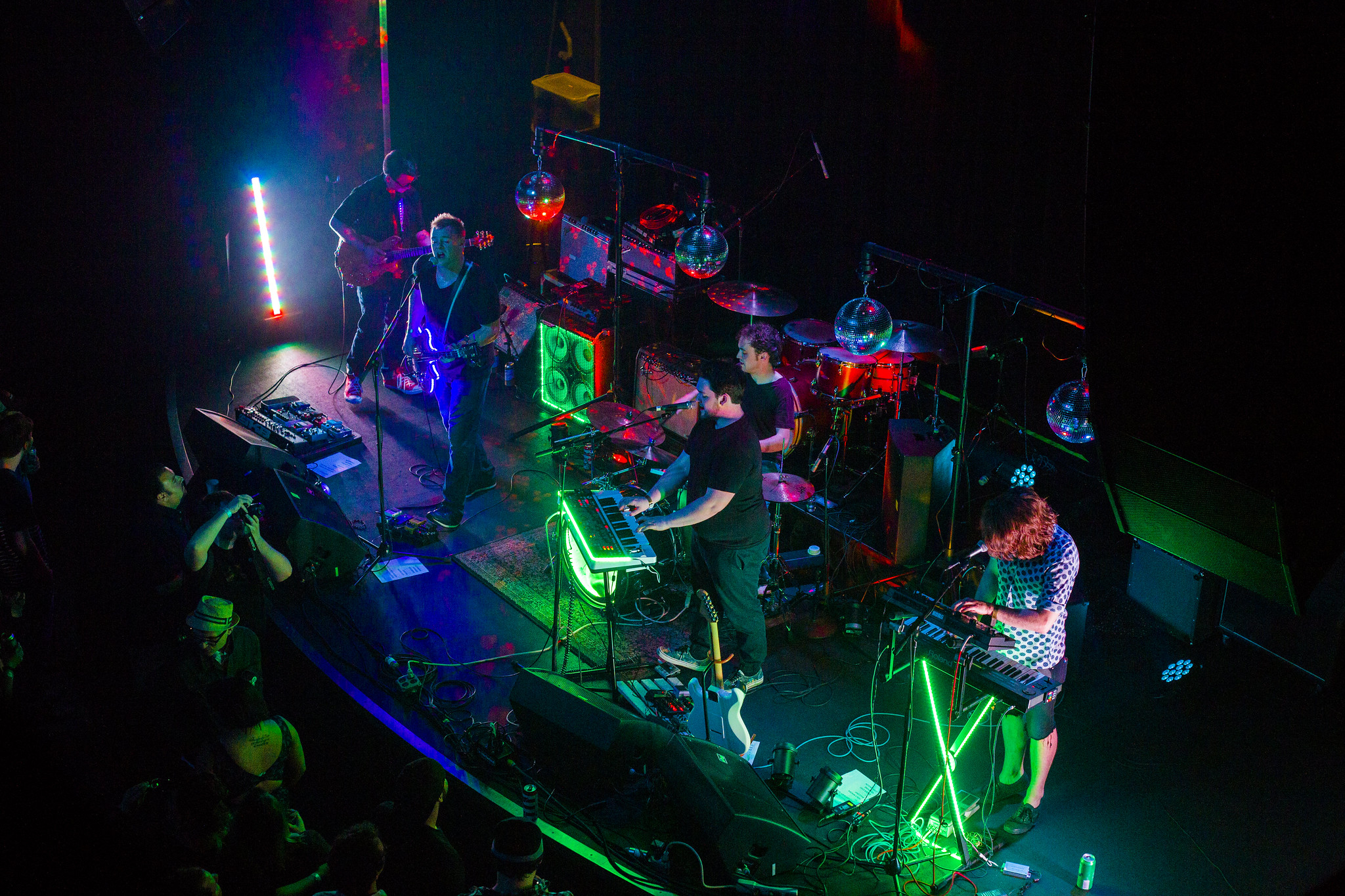 Now, the real trick to greatness is to fill the middle movement with something so outstanding that we may forget the first, and reel throughout the finale. What a way to do it than with a triumphant introduction to Healer? An amalgamation of Ladyfinger, UUVVWWZ and Noah’s Ark Was A Spaceship veterans, Healer was the mysterious, anxious talk of the evening. Coming down from the sugar high of State Disco to the thoughtful, moody textures of Healer was an interesting ordeal. The challenging rhythms and unconventional, drawn out chord changes sent me to a ill-lit dreamland. The scent of incense overwhelmed my clear thoughts, leaving only the crunch of bass to keep me in time. With a regrettably short, yet intense, set and a “thank you,” Healer packed up leaving me excited for their future as a band. 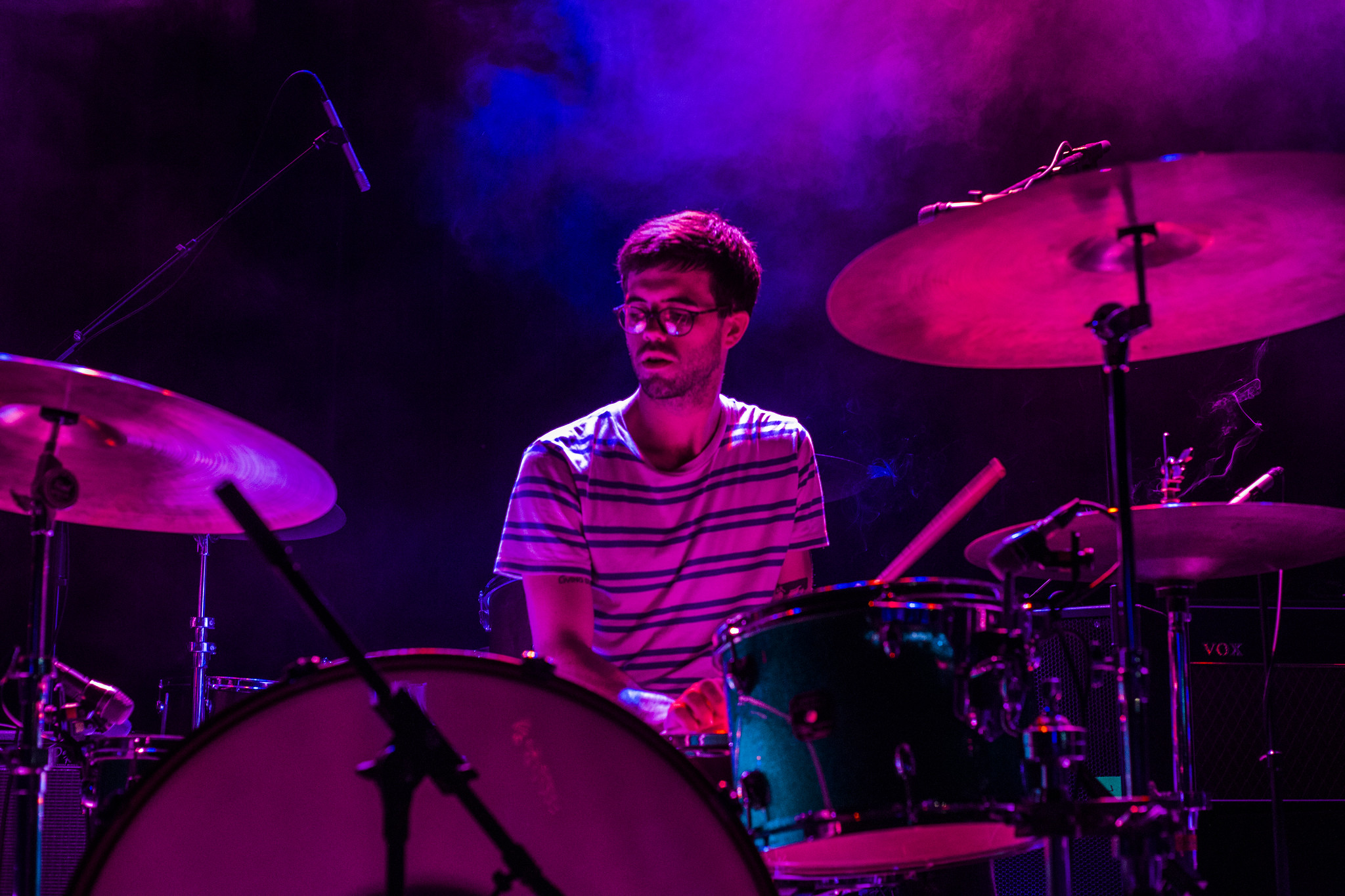 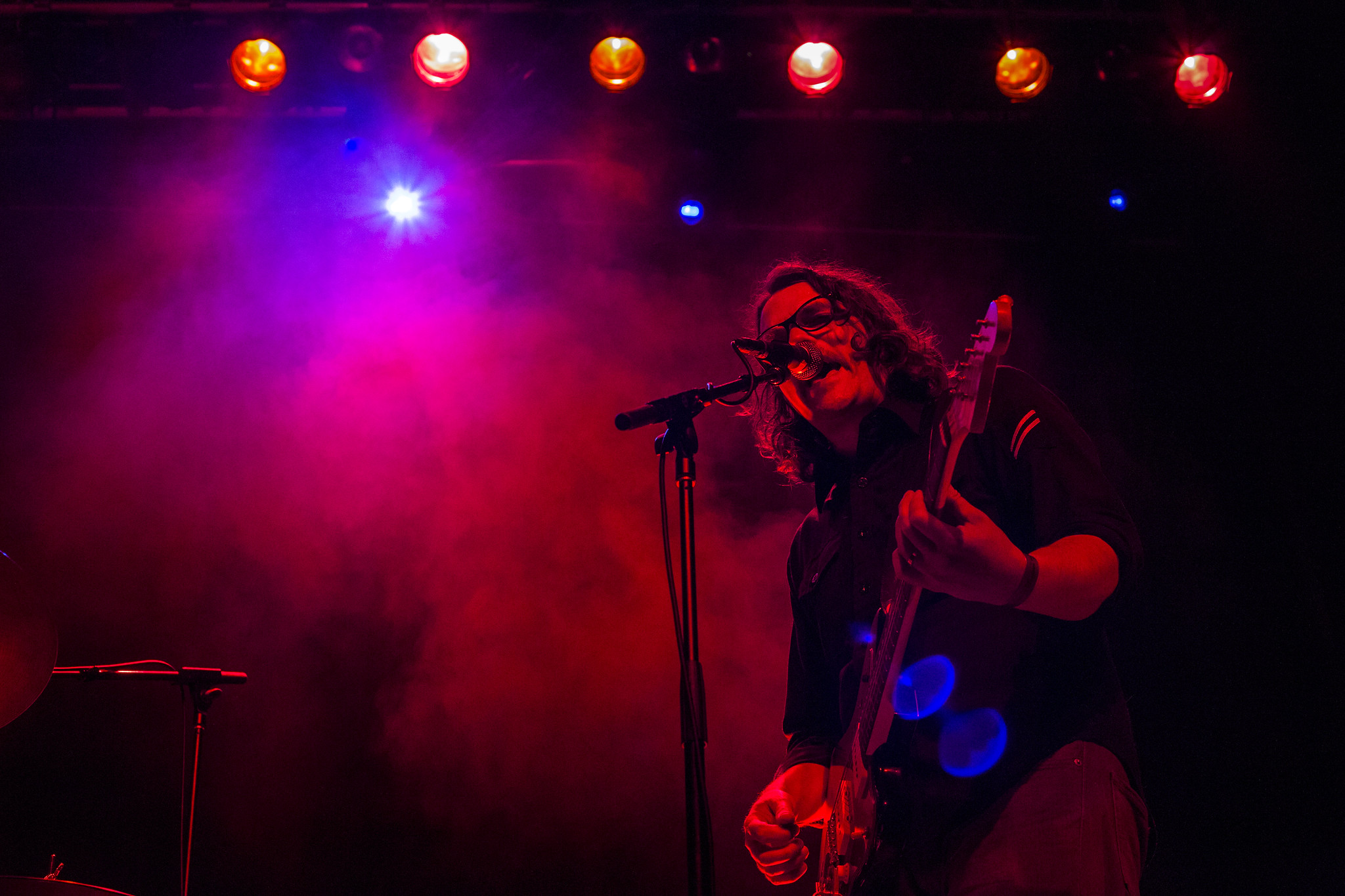 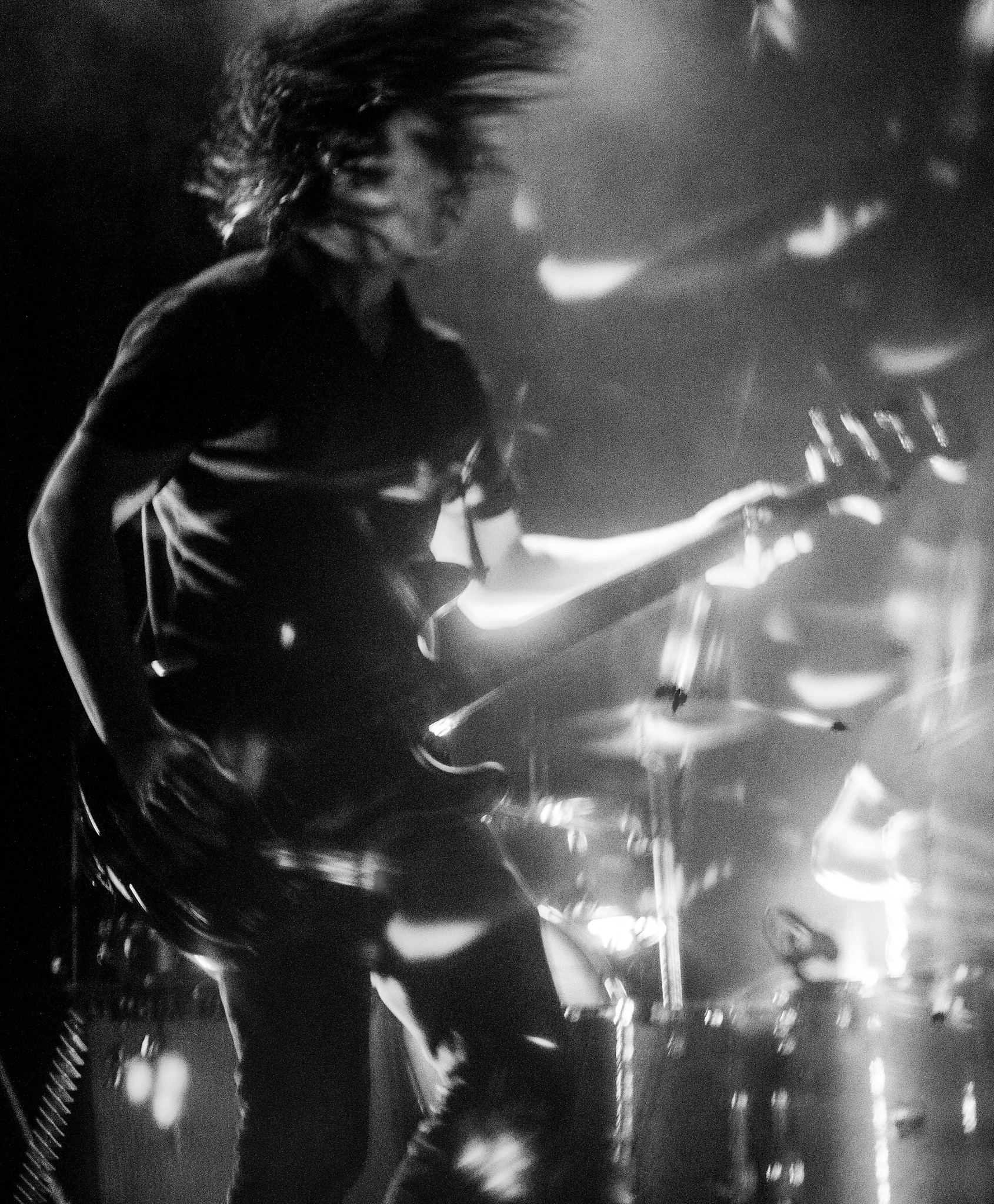 To conclude the evening, the collective “we” celebrated the release of Twinsmith’s Alligator Years, out two weeks ago on Saddle Creek, with a beat in our ankles and a cheer in our throats. Twinsmith opened the set with Alligator Years’ title track, and the crowd went nuts singing and dancing along with the band. The keys were catchy and the lights were entrancing. All was quite sublime. In between saccharine standouts “Shut Me Out” and “Is It Me,” the band took a moment or two to banter with their ecstatic crowd and play some old favorites. As the final chords rang out over the dance-travaganza, the crowd energetically demanded one more to eek out as much crescendo as possible. Of course, an encore was delivered in kind. Twinsmith truly cultivated an excruciatingly good time. I left with a sore smile and a new motley band of alligator puppets. 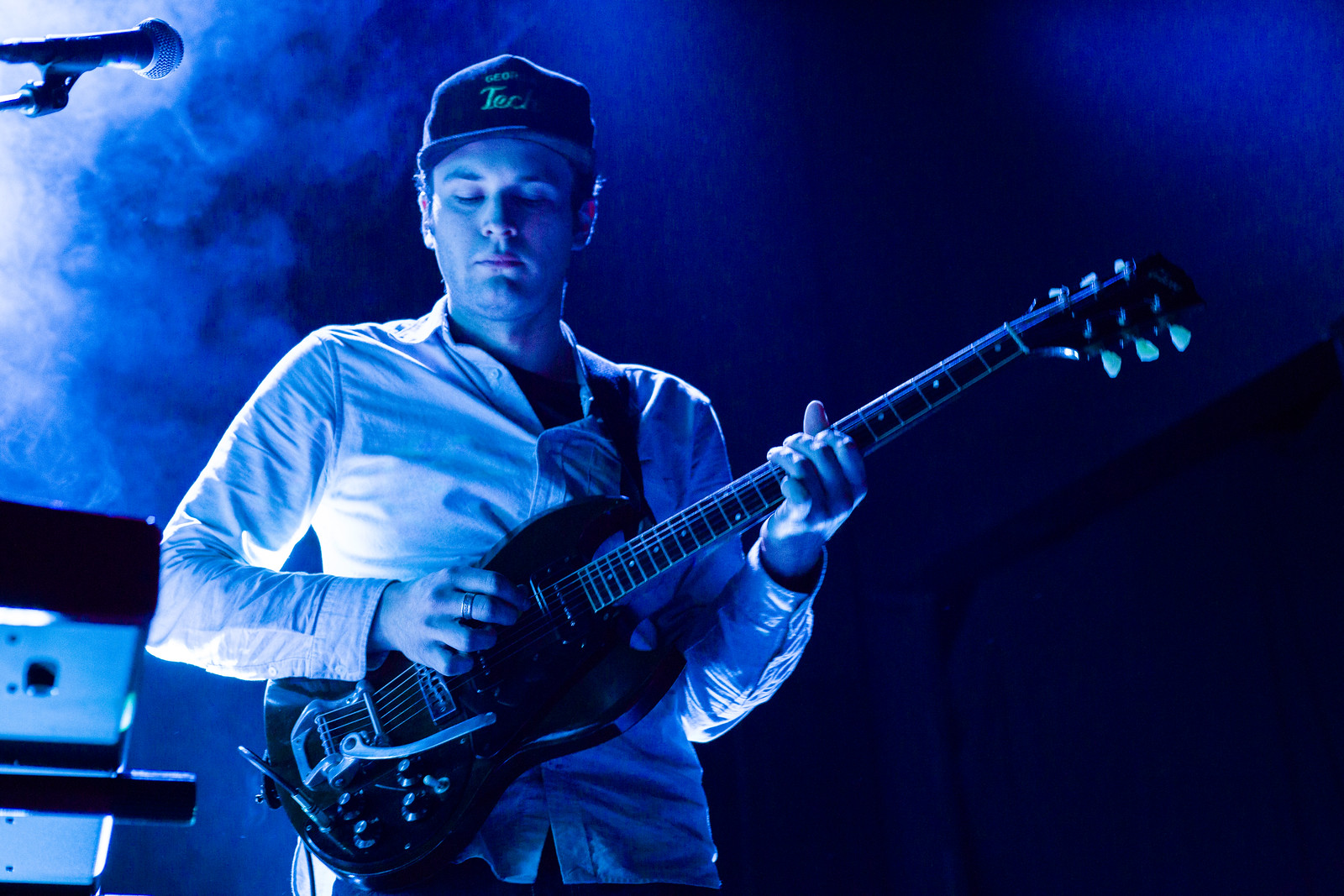 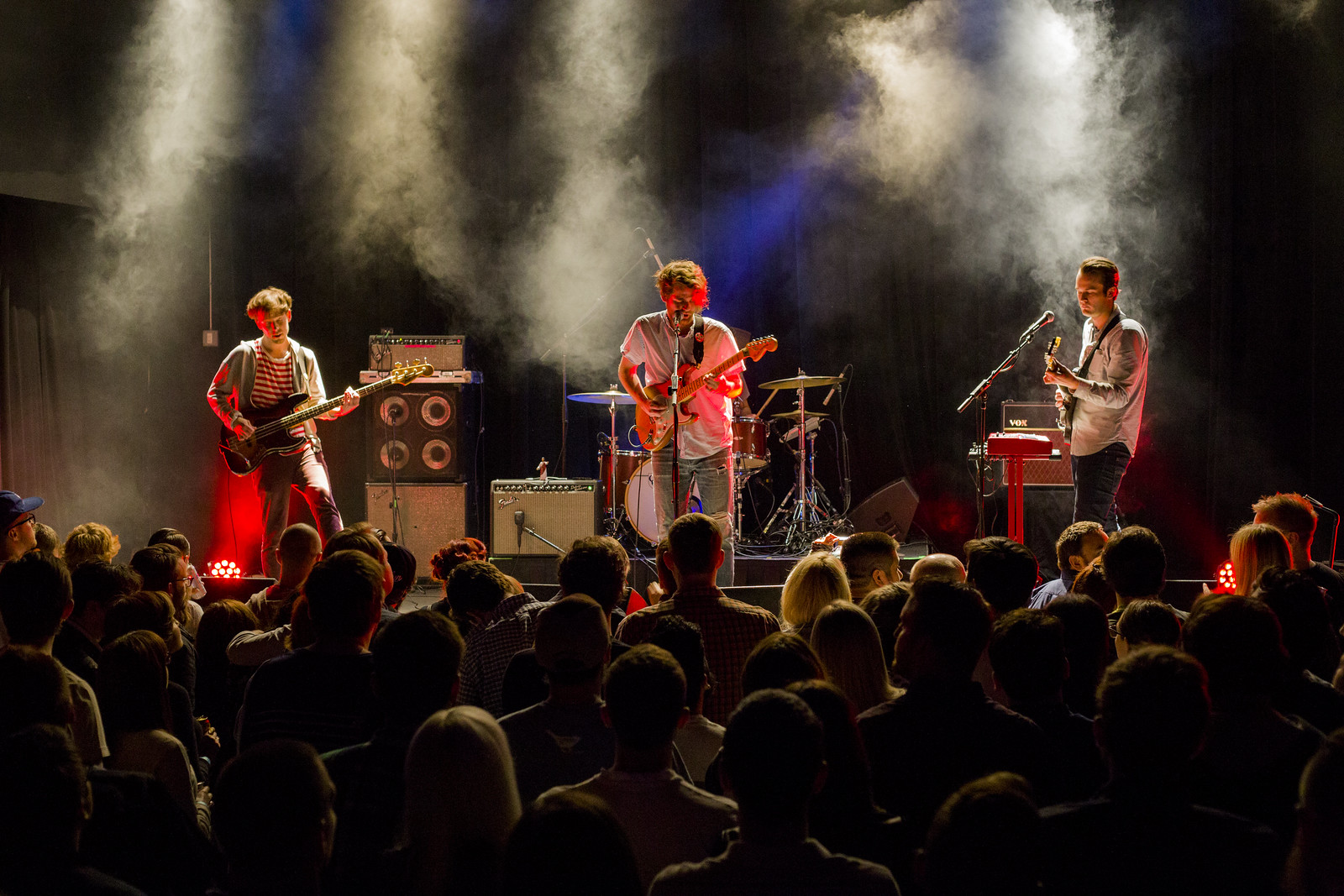 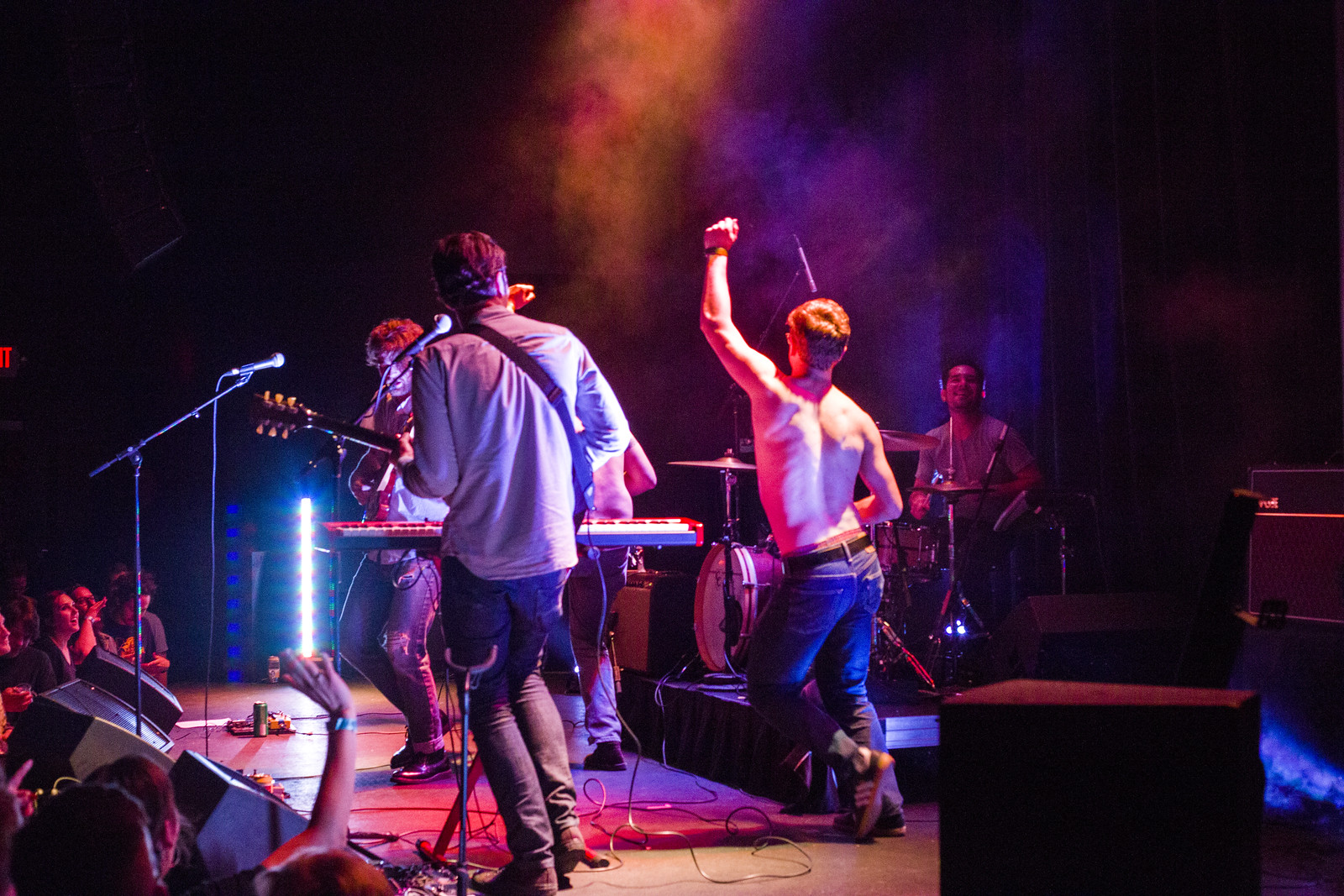 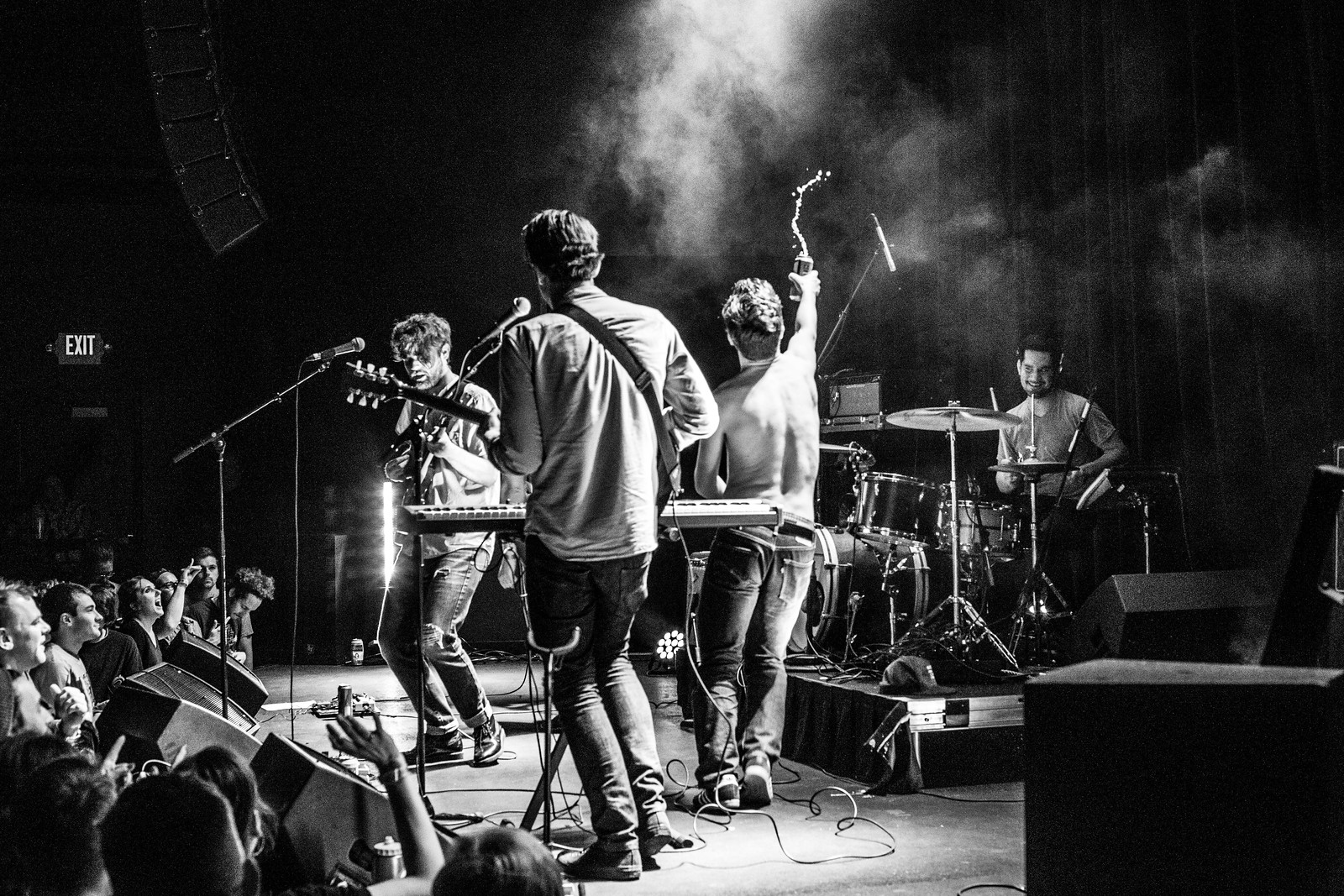 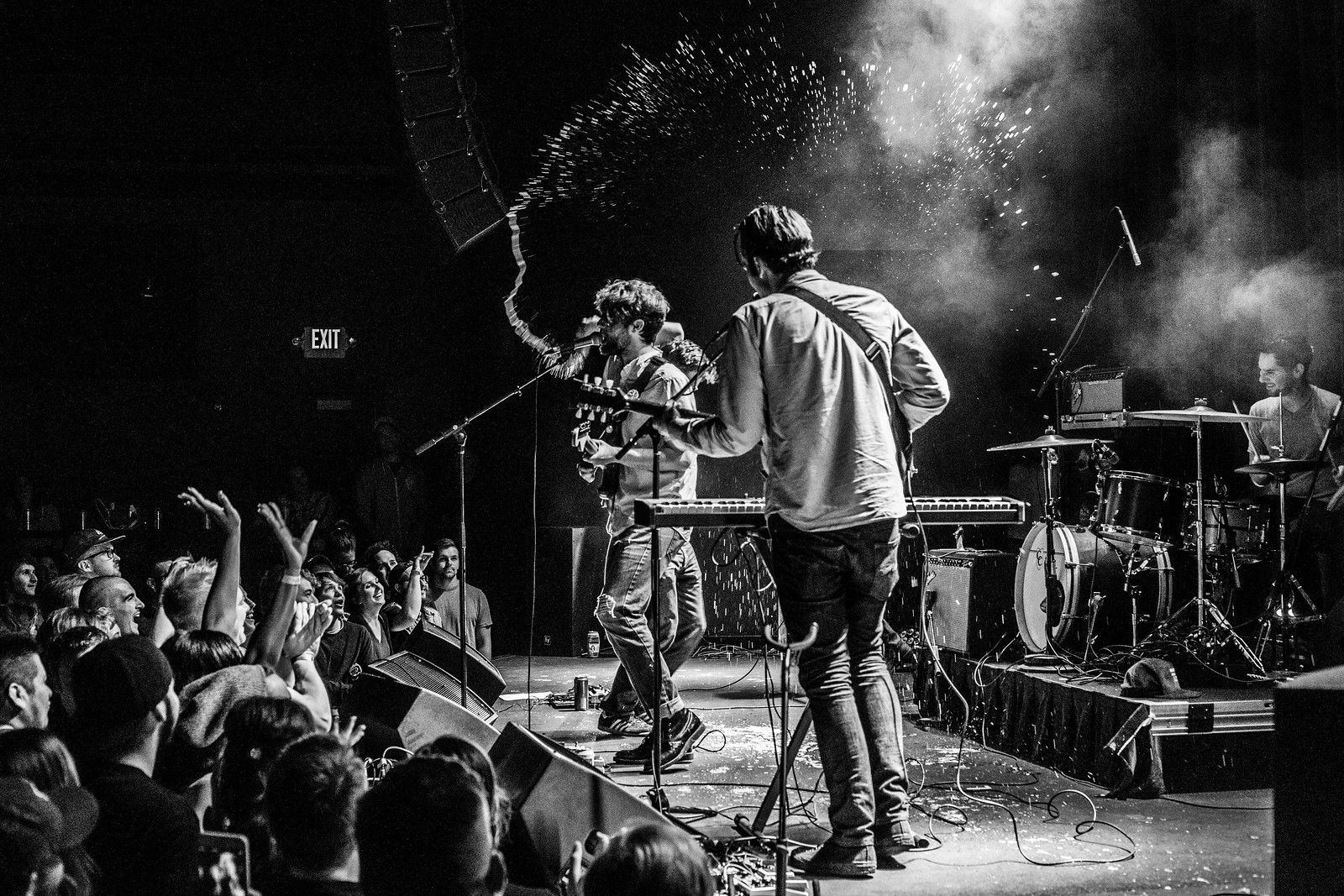 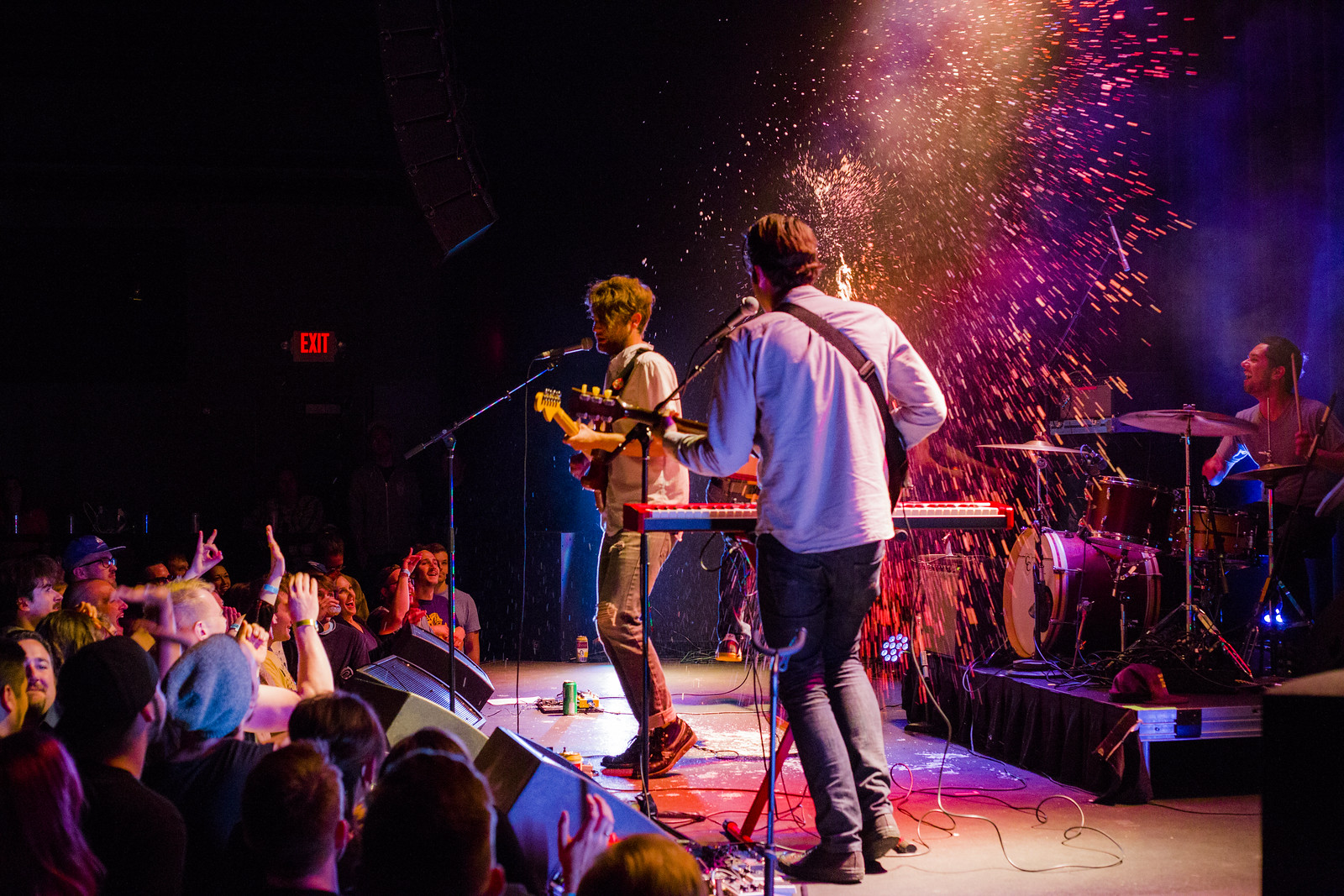 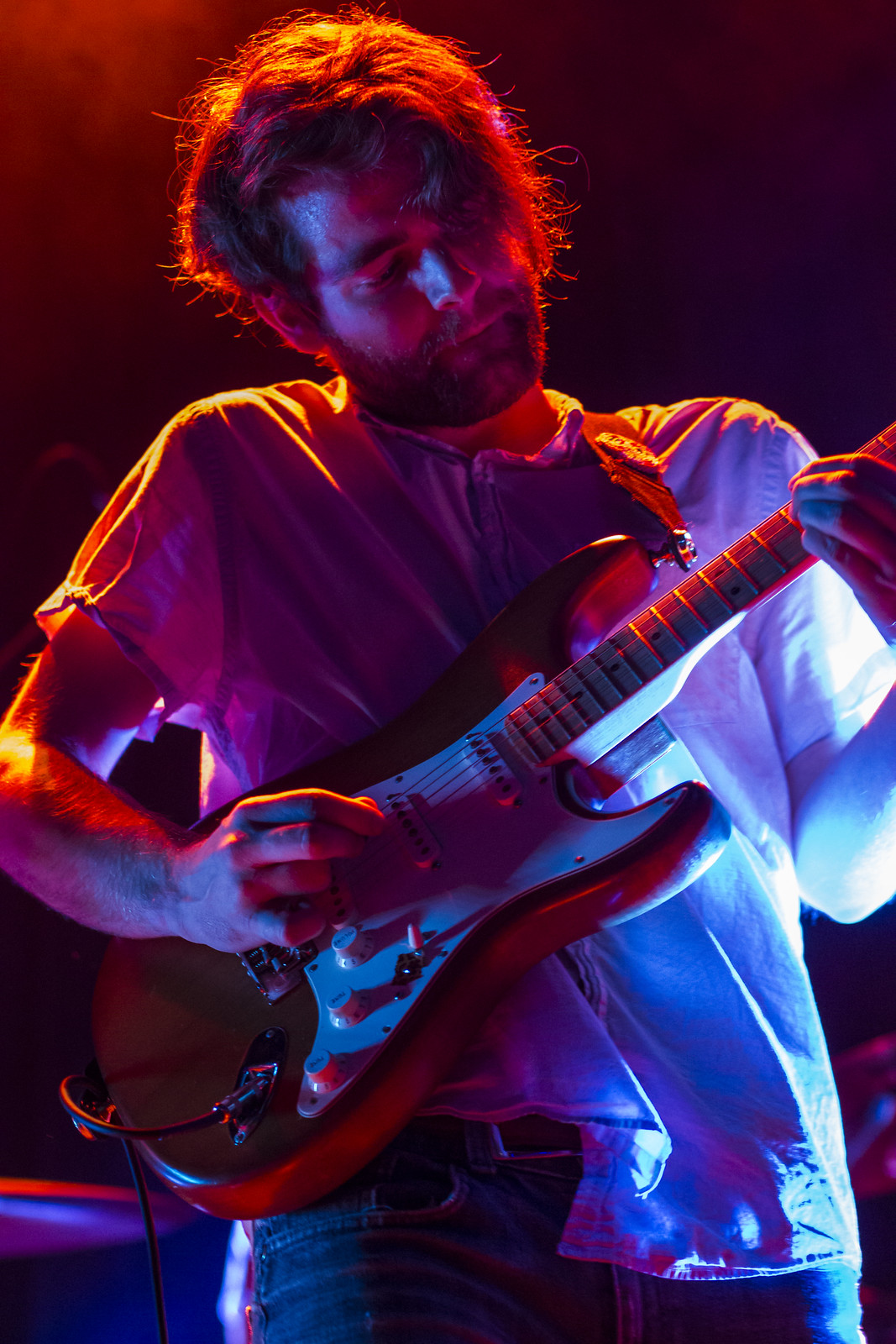 Desaparecidos has given fans another taste of their forthcoming record, Payola, with new single “Backsell.”

The cut is the second to preview the album and the follow-up to “City On The Hill.” Rowdy and anti-consumerist, the punk anthem finds Conor Oberst screaming “throw that big tv off the balcony” in a wave of wailing distorted guitars. Hear “Backsell” below:

The Lied Center for Performing Arts has announced its upcoming 2015-2016 schedule of events, and it’s packed a classy, eclectic lineup of jazz, vocal and classical performers and a variety of theater and dance productions.

The ever-popular Jazz in June series is right around the corner, continuing its tradition on the Sheldon Greenspace. Acts include Rad Trends, Swing Fever, Jason Marsalis Vibe and a performance by UNL Faculty.

View a complete schedule through April 2016 here, which includes productions of Dracula, Dr. Seuss’ The Cat In The Hat, Flashdance, Annie and a visit from Whose Live Anyway?. Tickets are available via the Lied website, or in person at the box-office.

To break up the silence of your Monday morning, press play on the new HN Radio playlist, streaming at the top of every HearNebraska.org webpage.

It’ll be especially helpful if you missed any of our editorial proceedings from last week. There’s new music from The Mynabirds, St. Christopher and Live Minds Affinity. Plus, check out a set of live songs from The McGovern Stringband live on radio show.

As for new and specific submissions, we’re featuring a track from the year-old Omaha roots-pop outfit The Woodwork. Listen to its first official release, “The Quaintest Thing,” here.

Bassist and vocalist Patrick Newman told us that he bandmates Scott Nohrenberg (guitar/vocals) and William Holdcroft (drums) all live together, as well. Newman and Holdcroft have played together as a rhythm section for more than ten years, in acts like The Side Effects (2005-2010) and The Evil That Men Do (2010-2013). You might know Nohrenberg as the former songwriter for Calamity & Jane. You can check up on The Woodwork’s Facebook page for show announcements.

There’s only one show on our radar tonight, but tell us in the comments if we’re missing one, of course. Better yet, check out the upcoming shows on our calendar at hearnebraska.org/events. If we’re missing some, please submit them using the “Contribute” button our site.

Seconds is the founder and frontman of Reno, Nev., straight-edge hardcore punk band 7 Seconds, which he started in 1979. Believed to be the first to refer to themselves as “hardcore,” the highly-influential band has released more than two-dozen records during their run, most recently with 2014 LP Leave A Light On. As a solo folk-punk artist, Kevin Seconds has released seven of his own LPs.