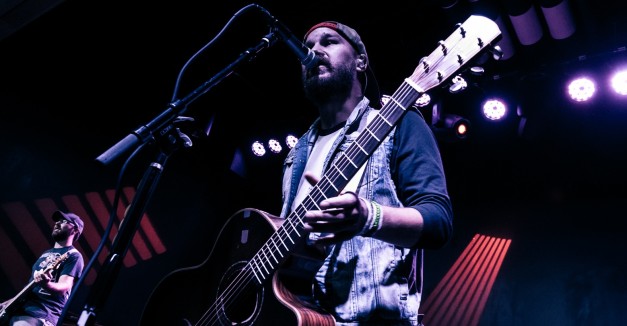 Its Midtown location means it has the potential to serve much of the Omaha music community.

“It’s so exciting to open up a shop like this in the Midtown area,” says general manager Josh Soto, who also plays in indie/soul band High Up. “Our central location will make it easy for both local musicians and touring acts to grab a quick pack of strings or [other supplies].”

Owner Philip Schaffert says the rehearsal room, in addition to being fully furnished, will house a digital mixer into which bands can plug in to record practices or demos. Similar to radio station environment, players will use headphones to monitor each other.

Additional staff include Bill Sharp of Twinsmith and repair specialist Justin Reedy. Soto says with that much experience on the floor, the shop can be musician-focused.

“We share a high value on making our shop an inviting place where anyone can begin, or continue, their musical journey,” Soto says.

Omaha creative arts studio Copper Collective is looking to bolster its photographic capabilities by raising funds for a new darkroom space. The studio is throwing a benefit concert Sunday at Reverb Lounge, 6121 Military Ave, with The Brigadiers, Glen Hollow and Polka Police.

“In the digital age, it is harder to find the resources for people who are interested in traditional photography to create,” Wickwire says. “We want to extend the opportunity to keep historic photographic practices alive by providing a space for artists and hobbyists to practice.”

RSVP to tonight’s show here. Copper Collective has also established a GoFundMe campaign, which can be found here.

It’s fair to say there are a ton of great events happening this weekend, not all of them concerts. We hit a few of them below:

“We’ve come a long way since recording in bathrooms,” Standley says. “This EP that we’re putting out on Friday at Vega is not only miles ahead from our first album, but it’s miles ahead from the last last album from a year ago. We did things different and we accomplished way more in a shorter amount of time.”

Two weeks later, Standley heads out on six-plus-week tour through the Midwest and East Coast, culminating in a homecoming show May 8 at Duffy’s Tavern. See a complete list of dates here. RSVP to tonight’s show here.

AZP, Both, Mesonjixx at The Bourbon – Lincoln hip-hop/rock band AZP releases Triangles EP tonight at the downtown Lincoln venue. Catch up with vocalist/keyboard player Zach Watkins with our Q&A here, in which he discusses finding early morning inspiration and living life in straight lines and corners. Hip-hop duo Both and soul/R&B band Mesonjixx fill out the bill. RSVP to the show here.

Titus Andronicus, Craig Finn, Universe Contest and Gordon at Lookout Lounge – New Jersey indie rock band Titus Andronicus and The Hold Steady frontman Craig Finn, long time pals, are touring together, stopping tonight at Lookout Lounge. It’s another huge get for the Omaha venue. Earlier in the week, former HN staffer Jacob Zlomke chatted with Finn about why he’s dialed back on the drama, and where the hope lies, in his latest solo release. Read it here. Universe Contest and Gordon open the show. RSVP here.

Jazz trio of Pike, Kotchian, Seay release new album – It’s not a physical event, but still a notable one. Saxophonist Kevin Pike, drummer/bassist John Kotchian and multi-instrumentalist David Seay release Out of the Plains today via Pike’s experimental/indie label Kevin Pike Music. The album is an abstract exploration of the history of the great plains, and is brimming with free jazz improvisations. Pike and Kotchian have been recording as a duo for more than a decade, bringing Seay on for his multiple talents the hurdy gurdy, musical saw, harmonica, tiple, banjo and yak horn. Out of the Plains is available on Apple iTunes, Amazon, CD Baby, Google Play, Spotify and more. Hear “Prehistoric Fish,” below:

Omaha Zine Fest – not a musical event, per se, but one near to our heart (and one which we’ll be attending). The event, located at 1316 Jones St, will feature more than 85 artists and zine creators presenting zines covering dozens of topics, from sex and social theory to plants and puppies. There will also be a series of workshops designed around the history of zines and how to make and disseminate them. Read our interview with organizer Kaitlan McDermott here. Omaha Zine Fest is free and open to the public. RSVP here, and check out the full list of zinesters here.

For a fuller listing of shows for this week and beyond, head to our statewide event calendar here. Let us know where you’re attending this weekend in the comments, or via Instagram and Twitter at @hearnebraska. Keep those news tips and story ideas coming to news@hearnebraska.org.